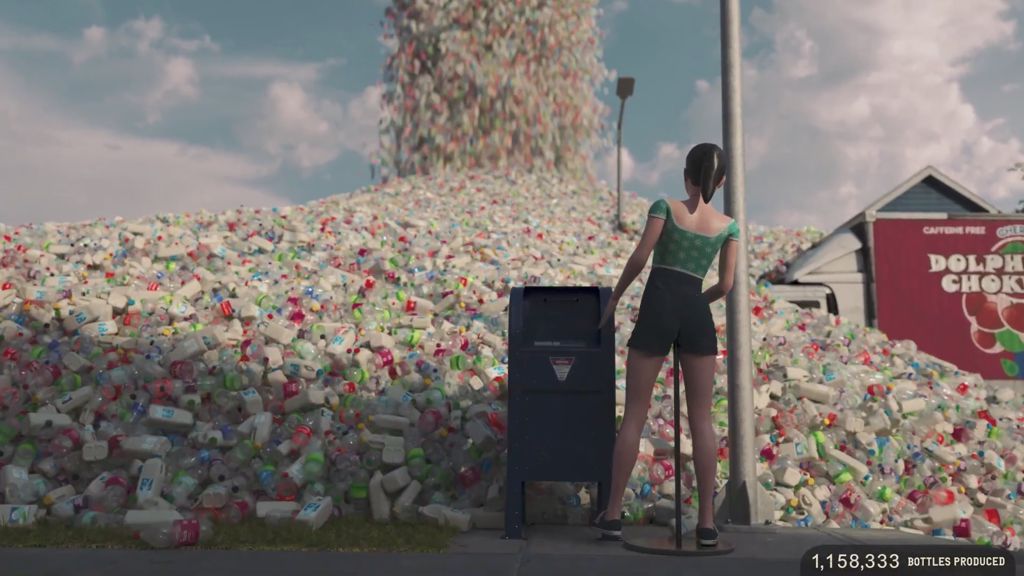 Following the success of their recent Park Village produced film for Greenpeace [a shots Ad of the Week from last month] which flooded Downing Street and UK Prime Minister Boris Johnson with the UK's daily export of plastic waste, Studio Birthplace has released the film Humanity’s Impact.

Globally, there are about one million plastic bottles produced per minute. It's hard to imagine what that number even looks like, but Humanity's Impact helps with that visualisation. Set in a 1960s American suburb that is populated with plastic test dummies, the film unleashes 20,000 plastic bottles per second which crash onto the unknowing cast of dummies. The suburban paradise is quickly flooded, revealing the terrifying scale and rate at which we pollute our planet. Only 9% of the overwhelming pile of plastic bottles actually gets recycled, the rest is dumped, burned, or ends up in landfills or our oceans.

“The film aims to create an eye-opening experience to bring a new level of awareness that a number or statistic alone could never achieve," explain directors Sil van der Woerd and Jorik Dozy, of Studio Birthplace. "Understanding humanity’s impact on our planet is the first step towards change.”

Both Wasteminster and Humanity's Impact were made in collaboration with CG partners Method & Madness. CG Executive Producer Wenhao Tan and CG Director Alex Scollay used a bespoke data visualisation technology to create realistic physics of falling plastic using Tyflow software. The team built a custom, virtual reality camera rig which allowed an Oculus Rift VR headset to be mounted to a professional camera mount. This allowed the directors to physically hand-operate a 'real' camera which added realism to the fully digital set.

“The biggest challenge in addressing the production brief for this film was to ensure we were able to transport viewers into the action so that they would leave feeling ‘humanity’s impact’ in a simple yet powerful way," said Tan. "We developed new ways of using CG technology (the method) that enabled us to bring the film to life in a non-clinical way, retaining the creativity of the campaign idea (the madness).”

Van der Woerd and Dozy gave the dummy characters overly cheerful expressions that are reminiscent of 1960's ads because, they say, it is largely due to the advertising industry that we have accepted single-use plastics in our society as 'normal'. The visual language of the film is a peaceful approach towards activism that is both educational and entertaining. By putting a picture to the numbers, the film brings to life things that couldn't otherwise be seen. Attached to the film is a call to action from Plastic Pollution Coalition which encourages audiences to back a petition that tells our planet's biggest plastic bottles producer, Coca-Cola, that consumers do not want their plastic bottles to pollute our planet. 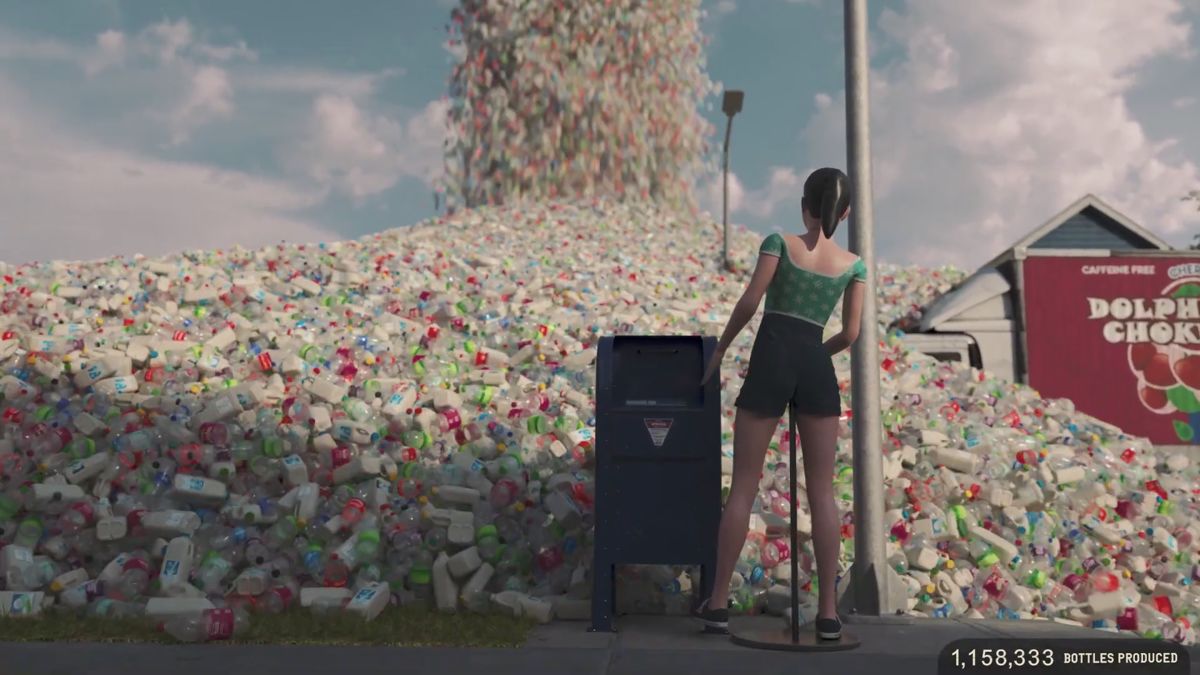