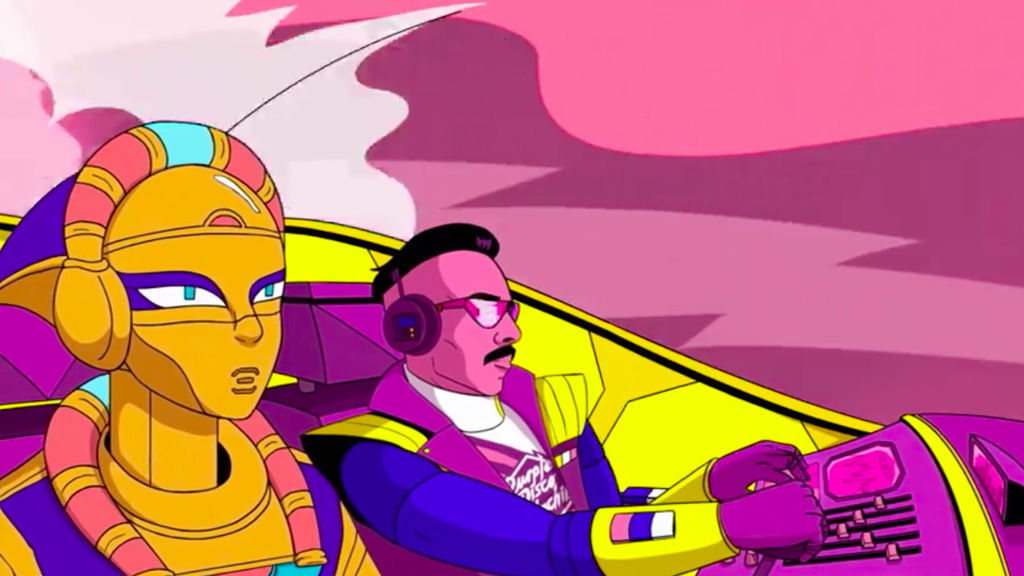 Created by video animators Juppi Juppsen and Mathias Lemaitre Sgard, this gorgeously colourful, 80s-themed homage to classic sci-fi takes us on a retro-futurist trip out to space to hunt for ancient artefacts that just might hold the essence of music.

Set to a thumping funky dance strains of Playbox, by the German DJ, producer and remixer Tino Piontek, aka Purple Disco Machine, the film follows a couple of plucky shisha pipe-smoking superheroes as they boldly go into far off worlds peopled by green beings with eyes on stalks, ancient Egyptians with piano pyramids and malevolent red-eyed, viking style baddies.

The London-based illustrators and animators have worked for artists such as Khruangbin, Freddie Gibbs, Bausa and Wale. 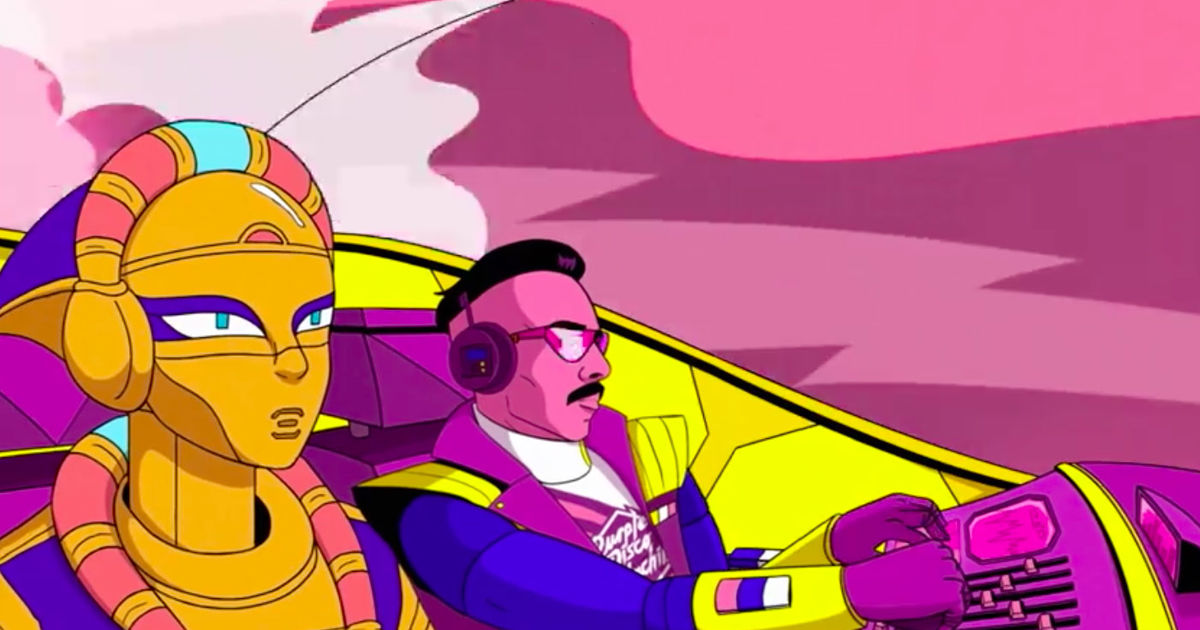 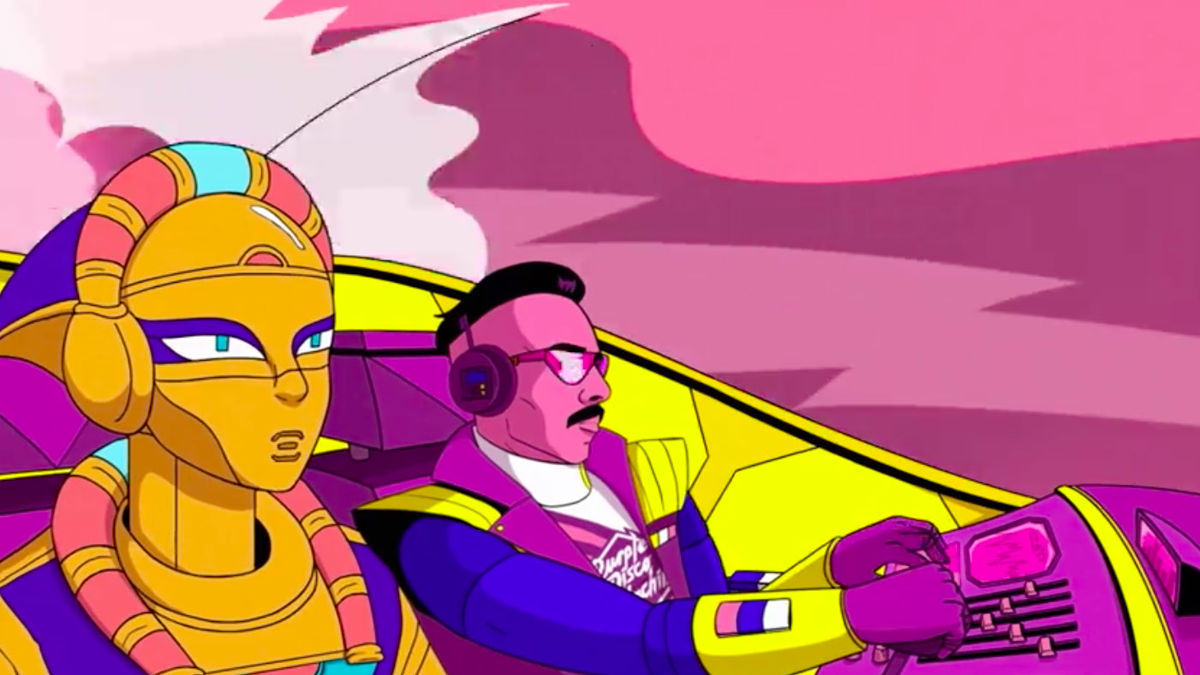