I’ve known Salvatore [Ganacci] since we were kids. We always kept in touch and a promo was always something that we were looking to do. Horse was such an intense song that lent itself really well for a video.

I had a few loose ideas for a video that would revolve around a vigilante. And I've always been interested in the fairy tale setup of a narrative. I was looking to create a story where the moral would feel forced in; whilst staying within the framework of the fairy tale narrative convention, the way everything happened would be somewhat strange

From a director's standpoint, there is always an anxiousness about how people will receive a piece of work. This was by no means an exception. It has some provocative imagery and if you paused the video midway, you wouldn't be wrong in being upset.

It was one of those shoots where we had to be really resourceful with how we'd come up with the different solutions. Knowing it would be challenging, we set our mind to do a lot of heavy lifting with a solid chunk of DIY. Basically, my colleagues from Business Club Royale, Christian Kuosmanen, Gustav Sundström and Sia Masoodian, and I went to Portugal, rented an AirBnB, bought power tools and started building.

If you paused [Horse] midway, you wouldn't be wrong in being upset.

Casting was tricky for the old lady. Some of the ladies that applied for the job were really old, so we were worried that the shoot would be too tough on them. The main lady that got the part we gave an older look with wardrobe and hairstyle. 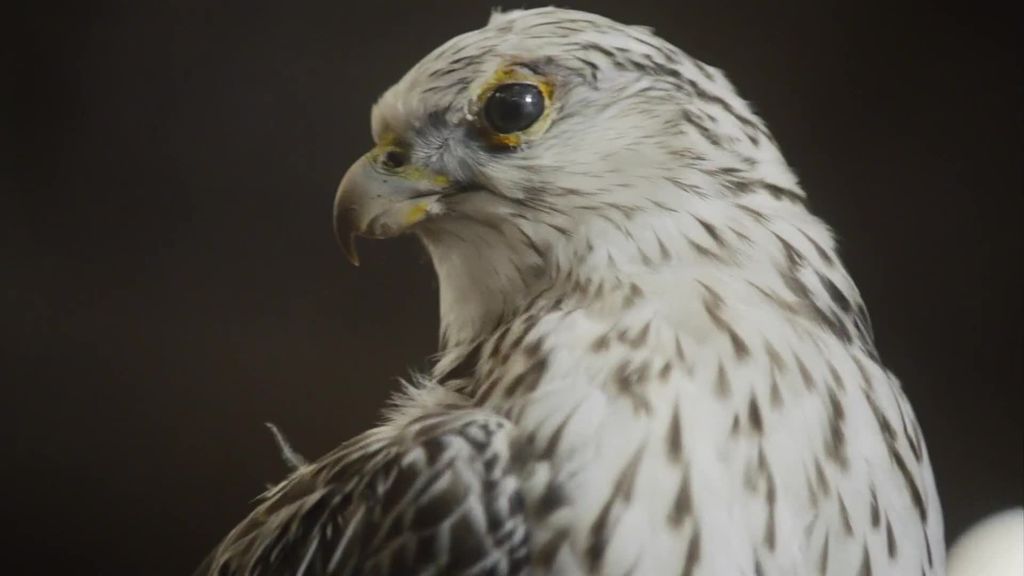 Showing the animatic to the team for the first time was a fun and terrifying experience. I always do detailed animatics and this one was so accurate that it's basically frame-perfect with the video. However, after we showed it to everyone, there was complete silence. No one said a word for close to three minutes. That was rough. I learnt a valuable lesson that tonality, humour and soul can't transcend an animatic, no matter how detailed it is.

There was no doubt in my mind that Salvatore would be great on screen.

No actual animals were harmed in the making, but we used 3D-animated animals, which were harmed a lot.

There was no doubt in my mind that Salvatore would be great on screen. He is an excellent performer. It's enough to see a couple of seconds of his shows to know that he's got it. I had no doubt that the performance would pop off the screen. 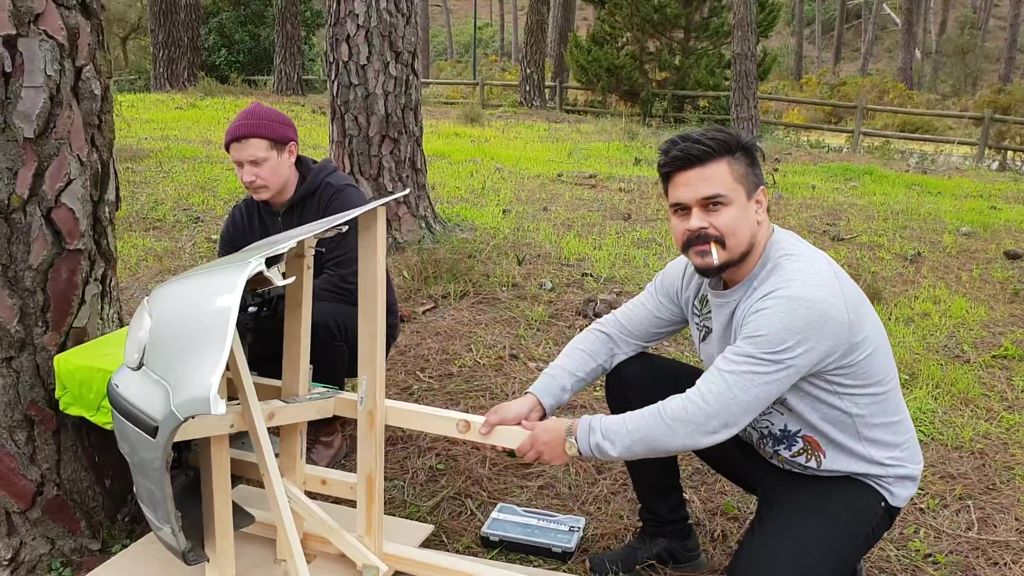 Above: Practicing the 'head and car' moment.

My favourite moment revolves around the car and the panda. We got a car off a Portuguese Craigslist. But we needed to build a cart, with the same car parts, onto a trolley that could be moved fast enough and safe enough to squeeze someone's head into. So we went to a scrap yard, got the parts, went to our apartment and started building this cursed trolley in the kitchen of our living room.

A day before the shot, the main car that was gonna be used for the wides and car interiors was gone. Our trolley was now built, and the car was gone. Our producer got so desperate that he was stopping random strangers in Lisbon asking if they knew of someone with a silver car… which we finally got. Car nerds on YouTube are really eager to point out that that is not actually the same vehicle.

I'm proud that we managed to create something that was ultimately playful, unpretentious and bonkers. In a time where film as an artform carries many burdens, the biggest one being that it has to be ‘important’, it was extremely inspiring and encouraging to see that both audiences and award shows recognized people's need for fun.

Boycycle was conceived years before Horse. The script was put on hold for the right occasion. The surreality was always a prerequisite. And to be honest, I think my tolerance for the absurd is pretty high. To me, it's not a surreal video. It uses unconventional symbols and characters but it still makes sense.

I think my tolerance for the absurd is pretty high.

It was mostly shot in-camera on a very painful rig. Then the seam between human and machine had to be painted out in post. I prefer to do as much in-camera as possible. 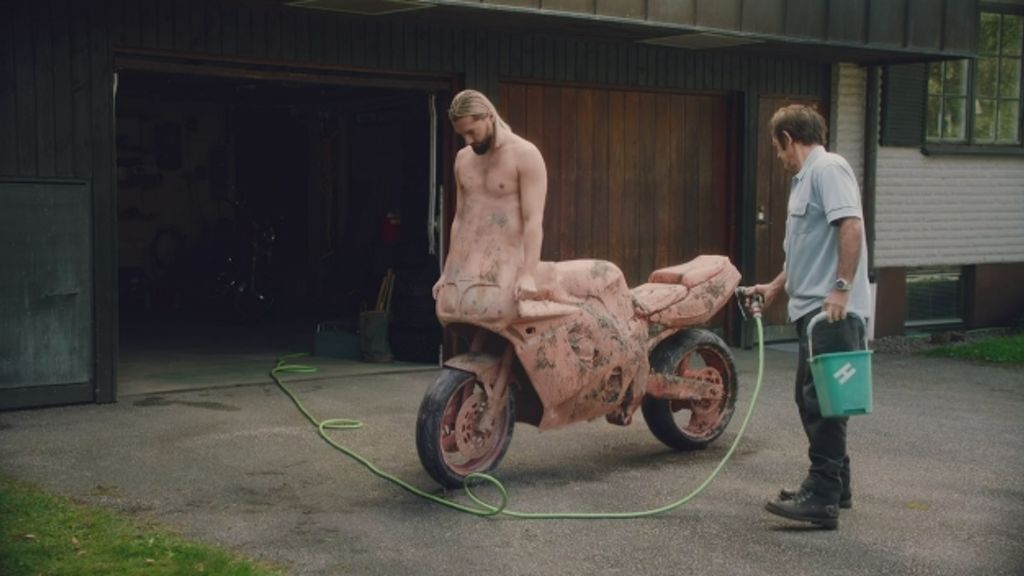 The initial idea was to have a classic motorcycle below a regular human torso. But then during pre-production, my compositor called me and said some commercial had already done the moto-centaur idea. I was devastated and wanted to pull the plug on the film. But good people around me convinced me that fuck it, you had the idea for a couple of years, same ideas pop up in different people's heads all the time. So I just accepted it. I still felt I needed to differentiate it, so I had the idea to make him completely out of flesh, which turned out better than what was initially planned. It made it slightly otherwordly and semi-disturbing. So the whole thing turned out to be a blessing.

We shot this for a couple of long and hard days. I think we shot some exteriors until there wasn't even a smidgen of daylight to properly expose the image!

The Jetski lady shot driving into sunset was hard, since we had to ride so close to the beach. We ended up severely scraping the bottom of the jet-ski and were fined heavily by the renting company. We managed to financially recover from this ordeal, eventually. 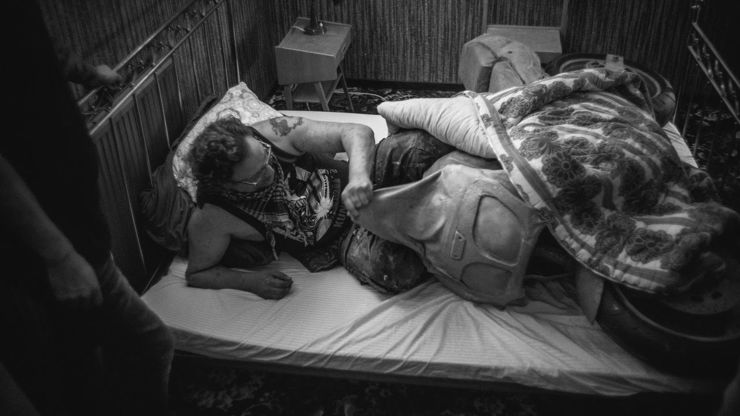 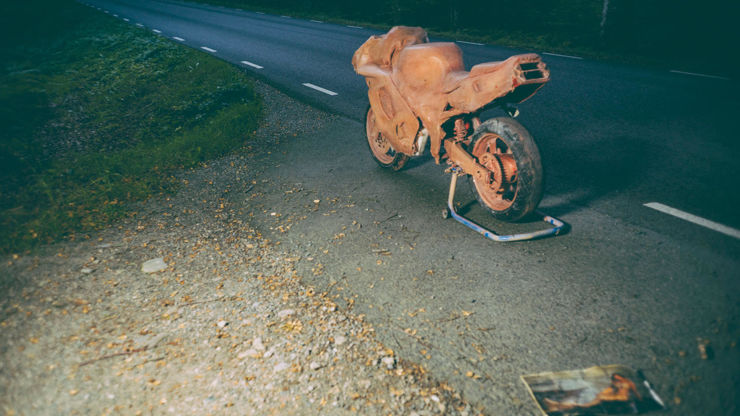 The story had a controlling idea: whenever you wish for something and wind up getting it, it's not exactly how you thought it would be. It's the universe's way to incorporate irony into our lives. I think that's beautiful; whenever we dream, we don't manage to visualize every aspect of it. We just used some odd characters to carry that theme.

The more low hanging narrative fruit is that there is someone, somewhere for everyone.

Telling stories through odd characters is an ongoing experiment in most of the stuff I do.

Telling stories through odd characters is an ongoing experiment in most of the stuff I do. How poetic can something get, despite the use of odd characters and strange symbols? It is an exploration into being human; we obviously managed to connect to Boycycle, despite him being very different from us. That's the stuff I want to stretch, because we connect to other humans by their ability to express human emotional traits, not by how they are manifested into the world.

Since this is so narratively driven, and coming after Horse, which felt like crystal meth for the senses, I was worried that people would be disappointed. Seeing that people were open to something new, more mellow, brought a lot of joy.

This is an exploration into a darker version of the [Ganacci] character. How much would we be rooting for him, even if he was an antagonist? And yes, as we expected, people will root for you even if you do the most insane shit. As long as you do it with style.

People will root for you even if you do the most insane shit, as long as you do it with style.

We had a hard time finding a Step-Grandma that had that fairytale-ish look, so we had to work with a lady that was pretty old. She was such a trooper and extremely professional. She had done a lot of acting in an age when people generally don't take up new hobbies. She was a delight to work with. 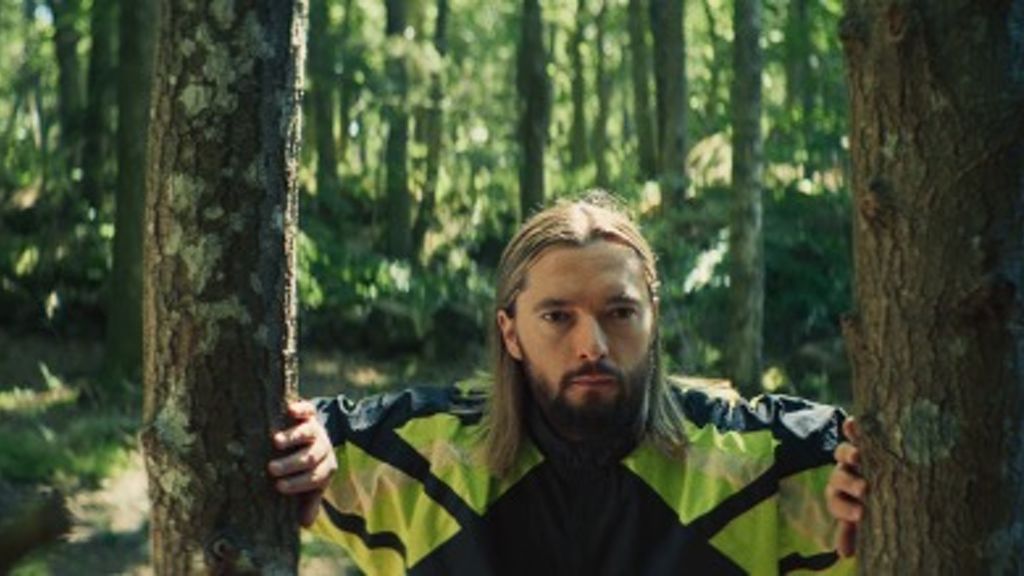 I would definitely work with Salvatore on any future project. Out of all the people I've seen taking on the job of standing in front of the camera, he has had the most explosive development in ability, performance and tonality. If he was to focus solely on film, it would be yet another area where he'd have a bright future.

As for a favourite of the three; it has to be Horse. It doesn't ask for permission. It doesn't apologize. It grabs you by the neck and says: mind if we have a dance?

How do you seamlessly update an iconic 1979 cinematic scene to incorporate modern sports people, drummers, horse riders, drag queens, dancers, and gymnasts? We speak to the brand, creatives, director and VFX CD behind Ladbrokes' blockbuster spot about how they went the distance. 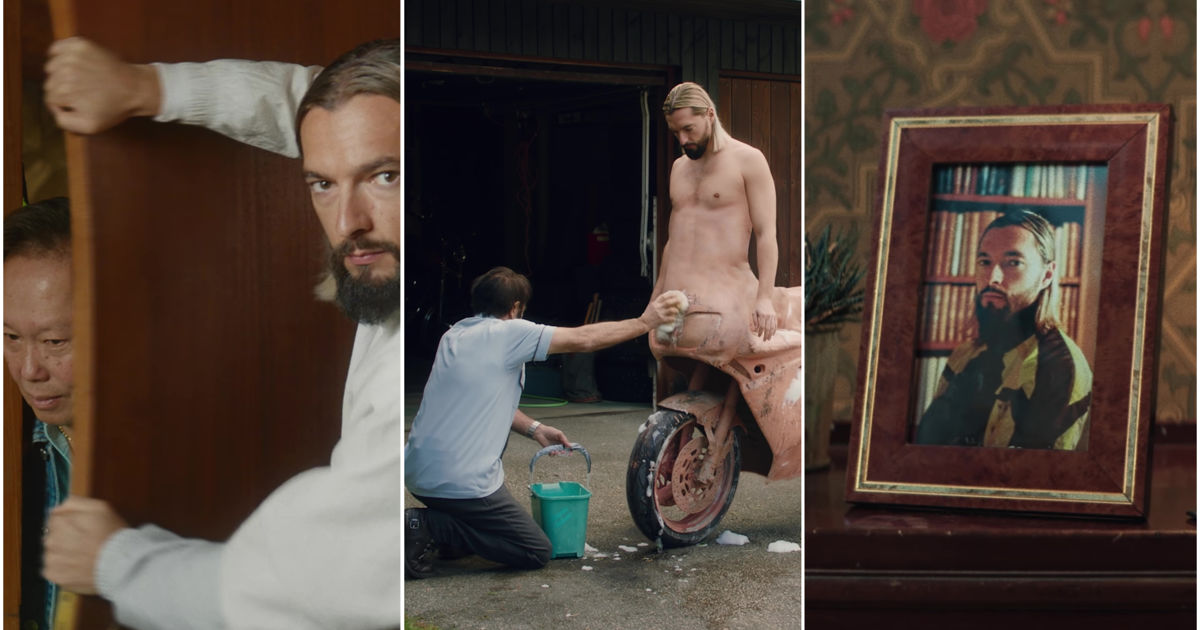 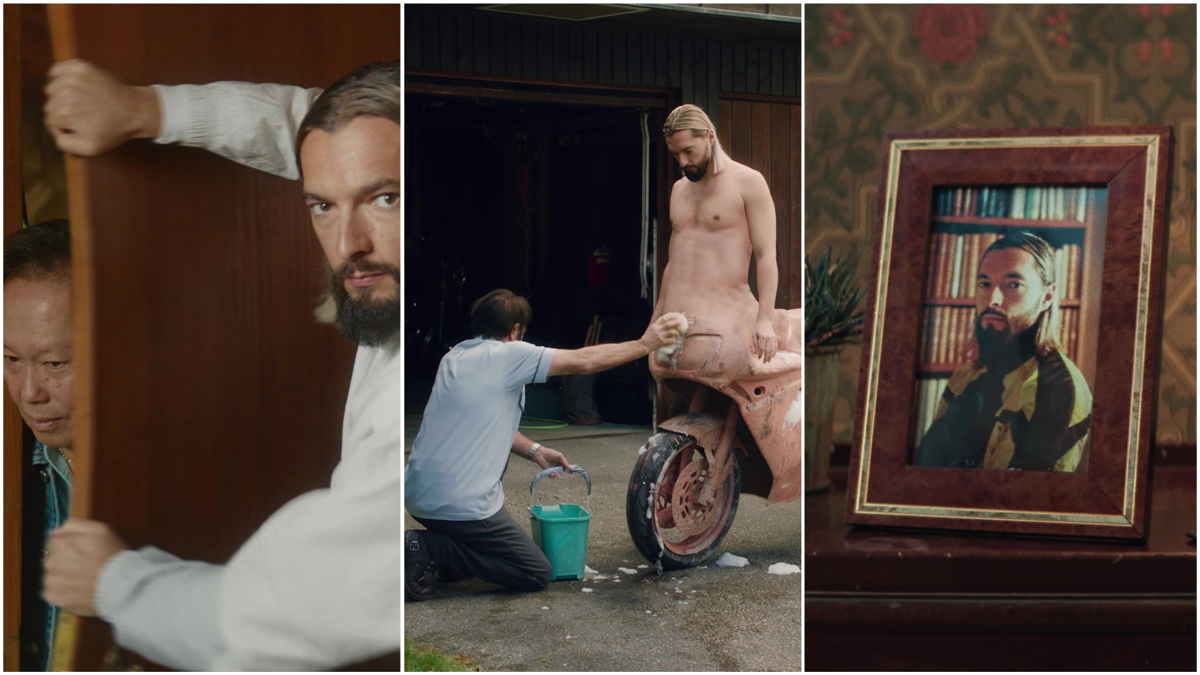