Within a month uncertainty has become the new normal. Brands and agencies have had to think on the fly, scuttling long term strategies and pulling entire campaigns. As a result, the way brands are communicating has changed. But, asks The Moon Unit, how can they navigate the fine line between sympathy and sales messaging without damaging relationships?

It contained, essentially, what was stated on the packet; a kind of ethical rulebook of how brands ought (and ought not) to conduct their marketing in light of the rapidly developing coronavirus crisis.

The core struggle for marketing departments right now is to keep their brands salient in consumer’s minds.

The post served as a signpost at a fork in the road signalling a couple of things: that the situation had become serious enough to warrant a change in how brands market on Twitter and in a broader context, and that part of that change entails a moral obligation on behalf of brands not to use the crisis as a marketing strategy.

Acknowledging themselves as a significant tool in crisis communications, Twitter stated in no uncertain terms that the outbreak of covid-19 is “not a ‘marketing opportunity’ to capitalise on, and [they] do not recommend brands opportunistically linking themselves to a health scare". Twitter subsequently banned (and then unbanned) all promoted content that makes reference to covid-19 in a show of direct action against misinformation and opportunism.

Among the most talked about responses are brands changing their logos to encourage social distancing.

In addition to the moralistic appeal aimed at marketing departments worldwide, Twitter’s blog post was also the crest of a wave of shifting tone in brand-to-consumer communications. Sam Walker of Uncommon London summed up the golden rule of the moment in an interview for shots, stating that “all bets are off and normal rules just do not apply. The best response is to think how you, as a brand, can be genuinely useful to people.”

This sage advice has been interpreted in widely different ways. Among the most talked about responses are brands changing their logos to encourage social distancing, and breweries altering their production lines to produce hand sanitisers. Some brands have even found that the best strategy at the moment is just to remain silent. 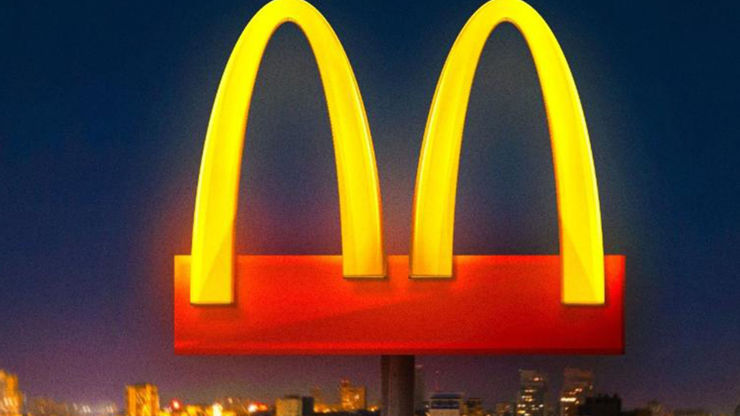 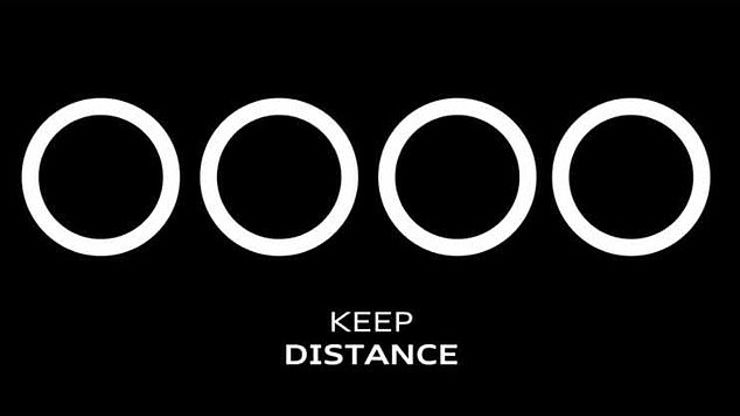 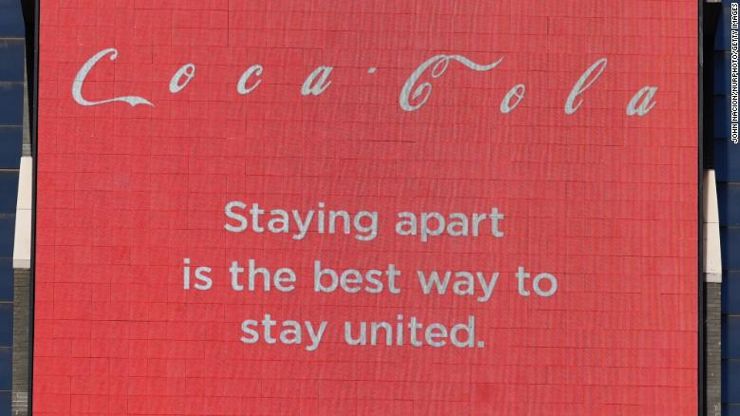 Above: Examples of brands that have 'social distanced' their logos.

Twitter’s post rightly pointed out that “right now might not be the best time to be snarky or sarcastic”, while also suggesting that at times like these “a bit of light distraction and entertainment can go a long way". Seemingly taking the recommendation directly to heart, Wendy’s, one of the Twitter’s most infamously sassy brands, have paused all their usual digs at fellow fast-food brands in favour of streaming gameplay of the recent Animal Crossing video game.

Inboxes have been barraged by emails from almost every brand people have ever come into contact with.

While these revised strategies are varied, one thing we’ve seen a lot of is direct e-mail communications from companies wanting to assure their consumers that everyone is in this together. As such, inboxes have been barraged by emails from almost every brand people have ever come into contact with. There have been so many that AdWeek ran an analysis of the language used in the flood of emails, finding that the tone of communication has changed drastically to sympathetic and comforting rather than overt sales language.

There’s a need to strike a tone between being very sensitive to what is a very scary time [and making money].

Of course, the subtext of the emails is still sales focussed. The core struggle for marketing departments right now is to keep their brands salient in consumer’s minds and cement them as companies that were on the right side of history during the crisis, while simultaneously not coming across as insensitive. It’s a tricky tightrope to walk.

As Sean F. Cassidy of PR firm DKC explained in an interview with Vox, a lot of brands are struggling with how to best communicate with buyers because the situation “is unprecedented and there’s a need to strike a tone between being very sensitive to what is a very scary time [and making money].” It has led to a paradox where brands are feeling both financial and social pressure to speak out, but every brand doing it in parallel waters down the meaning behind individual messages. Expectedly, the result is already being satirised on social sites like Twitter and Reddit. 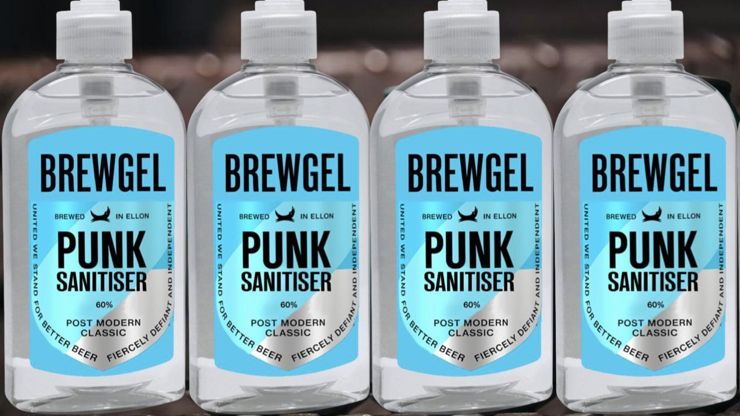 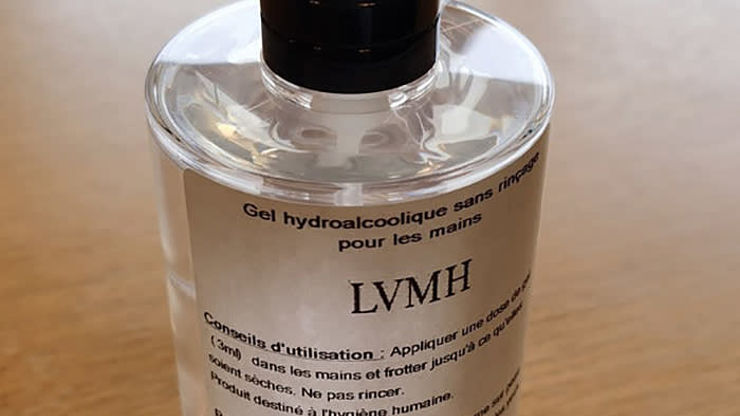 Above: Brewer BrewDog and fashion brand LMVH used their facilities to create hand sanitizer to be used by health workers in their respective countries.

So, how can brands navigate this new territory without their consumers losing faith in them? The answer for many seems to lie in the difference between talk and action. A study by Edelman found that “Sixty-nine percent of US respondents said that, in the future, they will absolutely not choose brands they see placing profits before people during the pandemic”.

The most relevant thing for consumers is not what brands are saying about the situation, but rather what their actions are.

This statistic seems to prove that the most relevant thing for consumers is not what brands are saying about the situation, but rather what their actions are. We’re beginning to see the first brands get cancelled by employees and consumers alike due to their handling of the crisis – and for some it looks like the final nail is already in the coffin.

It’s easier to brainstorm what that ‘value’ might be for companies with large amounts of resources... That isn’t to say that smaller companies can’t also find a niche.

The best way for brands to move forward now is finding out how they can offer value to their consumer in a tangible way, and making sure that their words align with their actions. When done right, they can provide something helpful that doubles up as good PR; done wrong it can ruin a brand altogether.

It’s easier to brainstorm what that ‘value’ might be for companies with large amounts of resources that sell products or services that are directly relevant to virus relief efforts, such as major car companies starting to produce ventilators. That isn’t to say that smaller companies can’t also find a niche – it could be as simple as posting recipes or yoga routines to help people stay sane in isolation. For some, however, the better move could indeed be to stay silent.

As Twitter put it, “it’s about understanding the unique role your brand plays in people’s lives, how that has changed, and how your brand can help or be useful during this crisis.” If you’re not sure how that might apply to your brand, it might be time to invest in some video game consoles.

Are creativity and technology at odds? 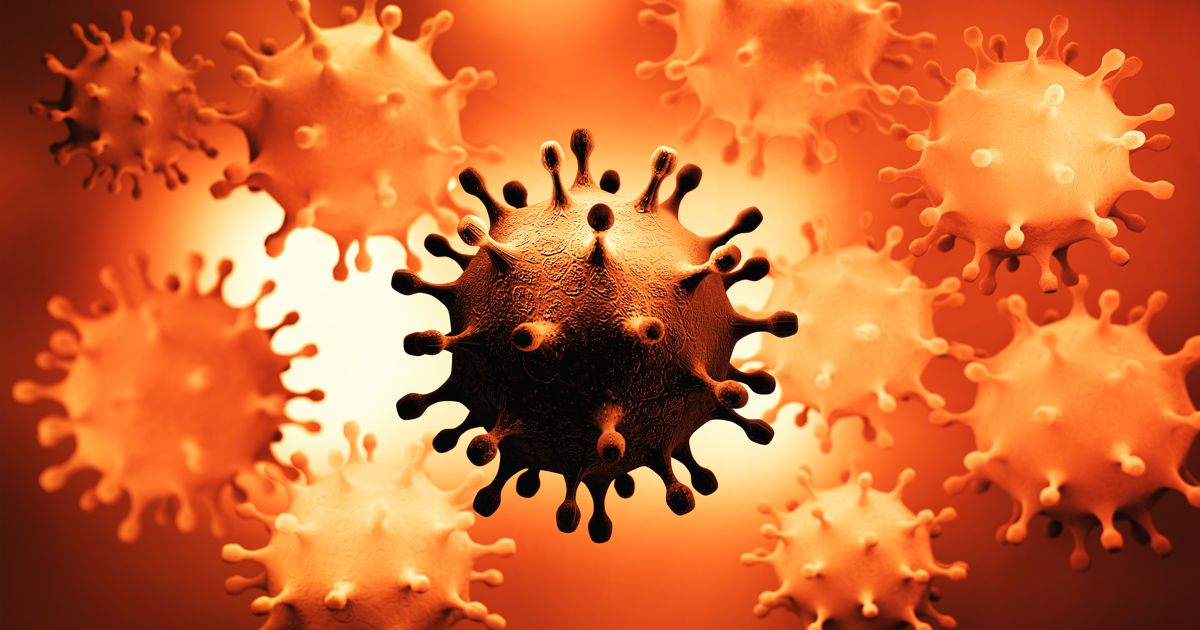