Rose-tinted lenses and otherworldly aesthetics are the signature for Linden Zhang and Hannah Knight, better known as Friend London’s Zhang+Knight. We chat to them about how their style matched perfectly for their collaboration on the latest Arlo Parks video, Softly.

In the film, Parks is surrounded by a falling apart, peachy-hued set of New York City. It was all filmed in-camera with buildings on wheels moving around her.

Directors Zhang+Knight reveal the process of combining the poetic lyrics with visions of a crumbling romantic city to create the promo with the singer-songwriter.

Rising to fame in the midst of a global pandemic, Arlo Parks has not stopped since. Winning the Breakthrough Artist Award at the 2021 Brit Awards and the Mercury Prize for her debut album, Collapsed in Sunbeams, the same year, her first single of 2022 hits all the same marks and has been released to just as much critical acclaim.

Just as beautiful as the song, the video’s aesthetics complement Parks’ soft and smooth vocals. Here, the directors chat to us about the collaborative process of making the video and how they brought the lyrics of the song to life on screen. 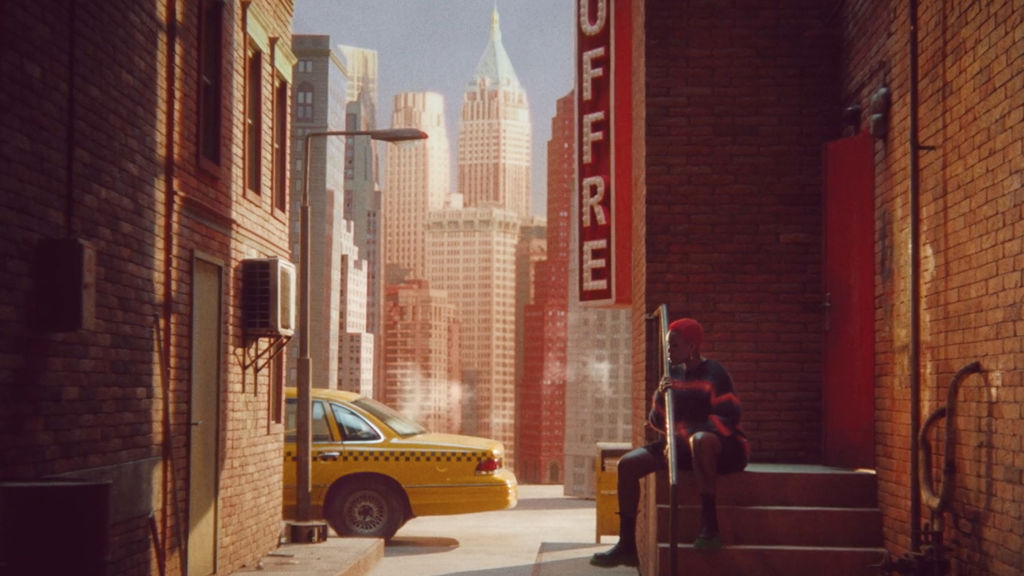 How did you begin to create this video? What were the initial thought processes behind it?

Arlo’s world falls apart around her. This was the very first sentiment we wrote down after listening to the song and speaking with Arlo. One of the earliest images we had was of the printed skyscrapers billowing in the wind – the literal fabric of the universe becoming soft and unstable. It ended up being a small part of the video, but there was something deeply surreal and poetic there that we just fell in love with.

We wanted the city to feel huge and monolithic next to Arlo, but it also had to be a nostalgic place that she would yearn for.

Everything fell into place around it – buildings and walls rolling away, leaving Arlo alone. We played with different locations – a train station; on board a bus. But in the end a humble alleyway felt like the right place for the world to unravel.

In a BBC Radio 1 interview, Arlo said that she wanted there to be a sense of desperation to the song, with the poetic elements woven through it. How did you come up with a concept to reflect these elements?

A lot of our work has occupied tranquil dreamscapes – but Arlo described the song to us as having something good or idyllic end against your will. So, it felt so obvious to us that this time the dreamscape should rip itself apart, with a helpless Arlo left adrift.

The key to it is the physicality of seeing such solid walls and buildings roll so easily away… we choreographed everything to feel effortless and elegant, like a dance. 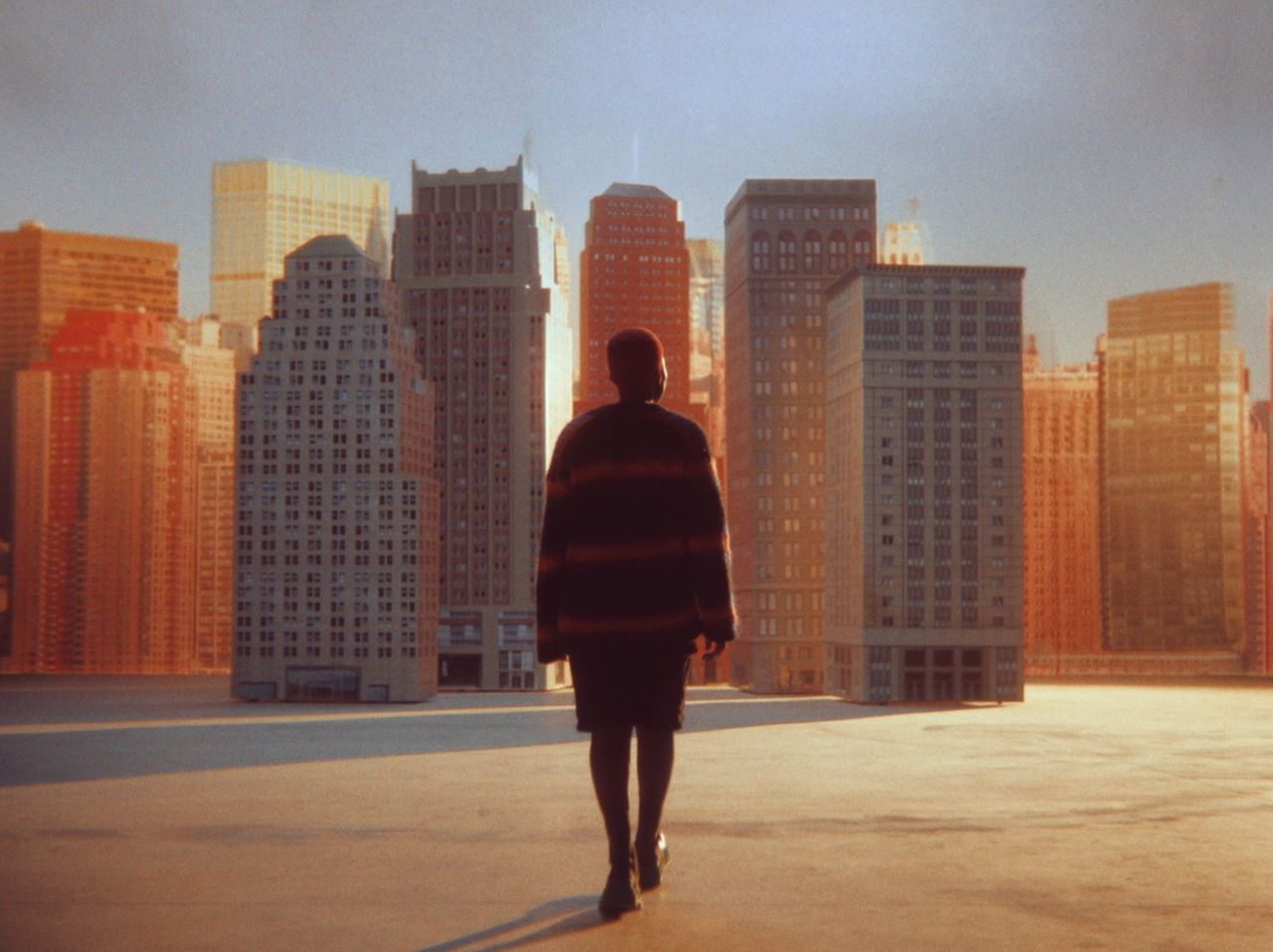 What drew you to the New York-themed aesthetic?

We wanted the city to feel huge and monolithic next to Arlo, but it also had to be a nostalgic place that she would yearn for. There are very few cities which are simultaneously very big and very romantic. Straight away vintage New York was the obvious choice – the hot haze and towering gothic architecture perfectly captures that contradiction.

She basically asked us to ‘do our thing’, and really took the time to explain the song and its origins to us.

It’s a towering mythic world where people are rendered tiny, but not in an oppressive way. It’s also one of the only places in the world that everyone has memories of, through film. You see a yellow taxi and you’re instantly transported there. Can you tell us more about the process of capturing it all in-camera and how the set was designed and controlled to do this?

The whole set was built on wheels so that it could be manipulated and pulled apart by our incredible art team. In every shot, there are at least ten people hiding behind the set!

Doing everything for real and watching 8-metre tall buildings gliding across the room with Arlo in the midst of it all was extremely cool and never got old.

Our favourite technique was the one we used for the shot where the stairs move. It’s literally a guy crouched inside kicking his feet against the floor to push them along, but it looks so smooth in the final film. The whole thing was really DIY in a very slick way.

You have said before about your work that you are both drawn to creating otherworldly and dreamlike environments, what was it about this song that ignited that feeling in you again?

We love songs that express things that are emotionally complex. It’s easy to come up with something about a simple breakup but when it’s about the specific feeling of loss that a specific person felt, it drives you to the abstract and the surreal.

the adrenaline and relief of finally getting a shot right electrified everyone and became fuel to the next challenge of the day.

It’s why we were so excited when Arlo got in touch, her lyrics always come from such a profoundly soulful place. Having a song like that just creates this huge playground for ideas.

Was the process very collaborative between you both and Arlo?

Absolutely! She approached us and was very supportive from the get go. She basically asked us to ‘do our thing’, and really took the time to explain the song and its origins to us. She then gave us all the space and freedom to dream up the idea. Getting to speak with an artist directly gives us so much confidence to really push hard into an idea. What were the most challenging aspects of the production?

The weeks leading up to our shoot date (22nd Dec) can be described as a Coronavirus advent calendar: instead of chocolate each day brought another infected member of crew. Nobody was seriously unwell, thankfully… but that this video happened was a Christmas miracle!

How was the process of shooting the whole video in one day?

Doing everything for real and watching 8-metre tall buildings gliding across the room with Arlo in the midst of it all was extremely cool and never got old. But there were a lot of moving parts, so we inevitably did a lot of takes. As soon as we got it right, we had to move straight on.

I think the adrenaline and relief of finally getting a shot right electrified everyone and became fuel to the next challenge of the day. To be honest it would’ve been impossible without our incredible crew. 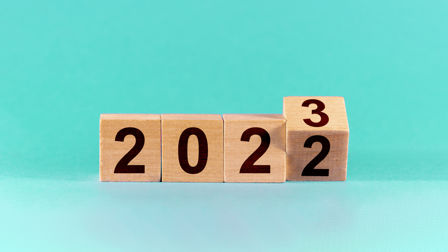 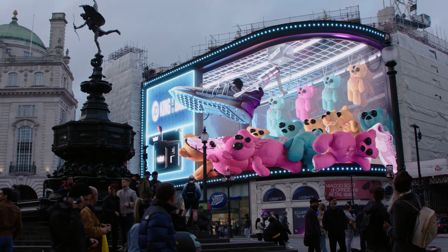 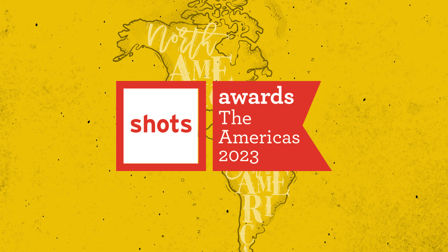 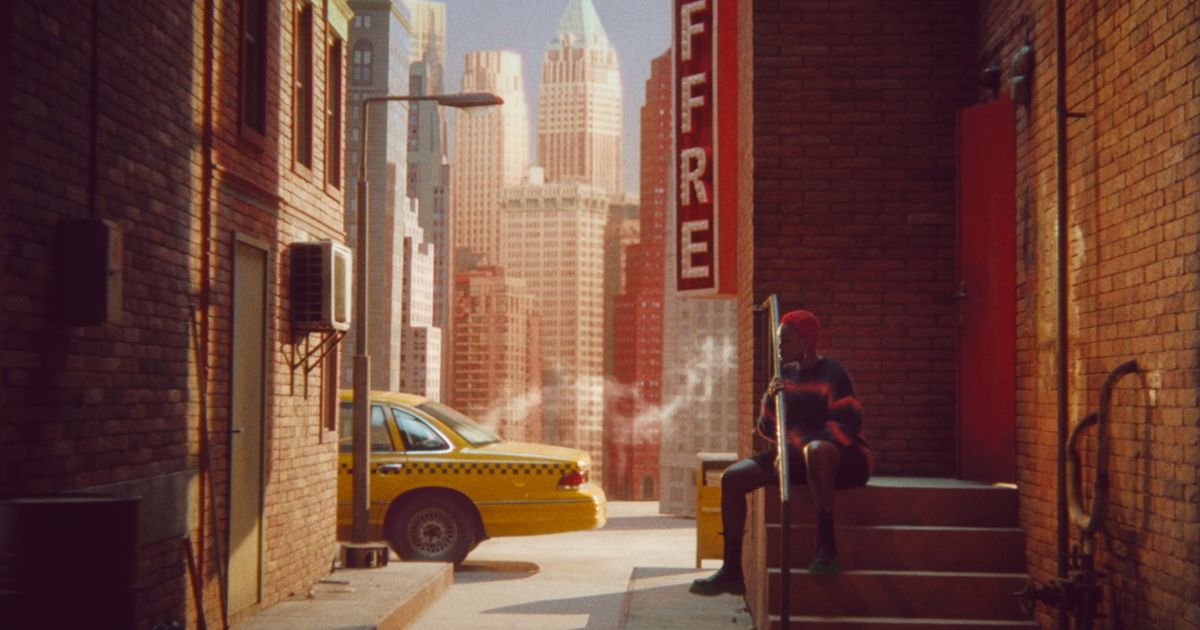 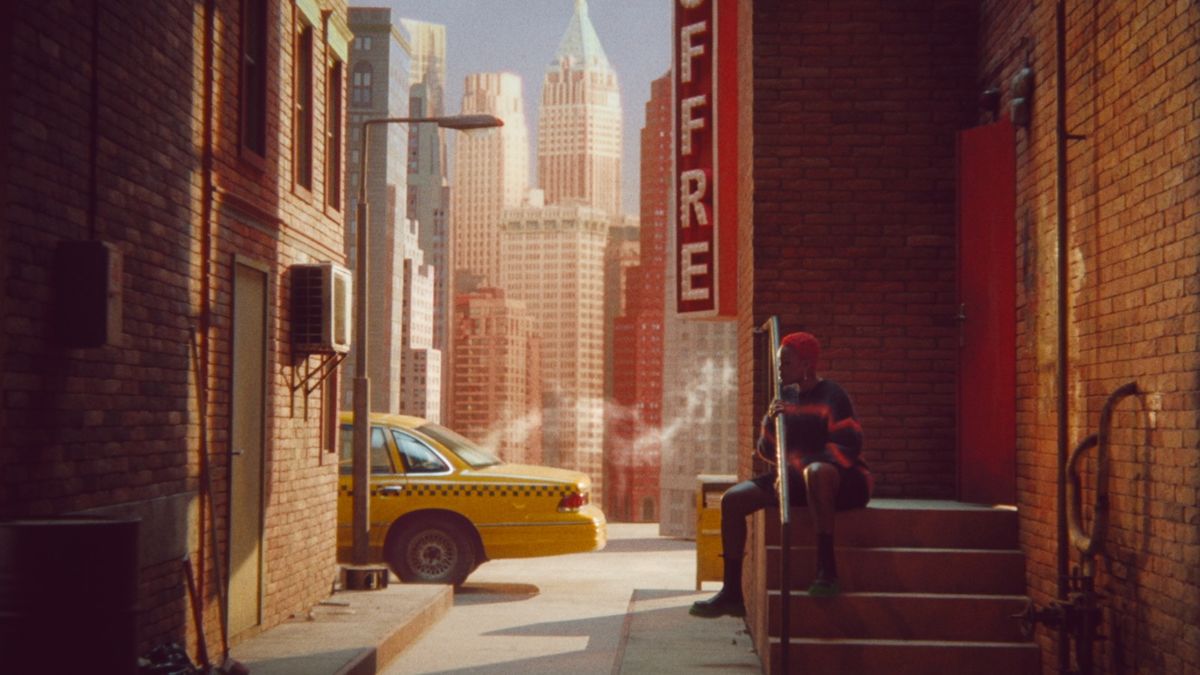