Don’t tell me to talk, teach them to listen; Why mental health advertising needs to move on

A traumatic, early girl band audition sets Amy Kean to thinking about the current state of mental health advertising and why getting people to talk is only one piece of the jigsaw...

When I was 18 years old, I auditioned for the band Girl Thing.

It was a public audition; I’m not Italia Conte-trained, nor reared with the blind faith of a child beauty pageant contestant, but I’ve a pleasant set of pipes (good enough for any 90s girl-band that wasn’t Eternal). I walked into a room at Pineapple Studios filled with wannabe Spices, and a man at the front in legwarmers and a jumper draped around his shoulders issued a word so unexpected, so terrifying that even to this day it gives me palps; “Freestyle.”

As experiences go, it was one of the worst.

“What the…?!” Panic set in. My limbs froze. After a few seconds that felt like dog years I convinced my body to sidestep to the persuasive bass of East 17. As experiences go, it was one of the worst. The professionals: the rehearsed and trained, the bold dancing queens in their late teens who lived and breathed electro beats and Pas de Bourrées knew how to freestyle. I did not know how to freestyle. I’d heard the words 'just freestyle', everybody says them, like it’s easy! A piece of rhythmic piss. Freestyling sounds so simple. But no one had ever taught me how. 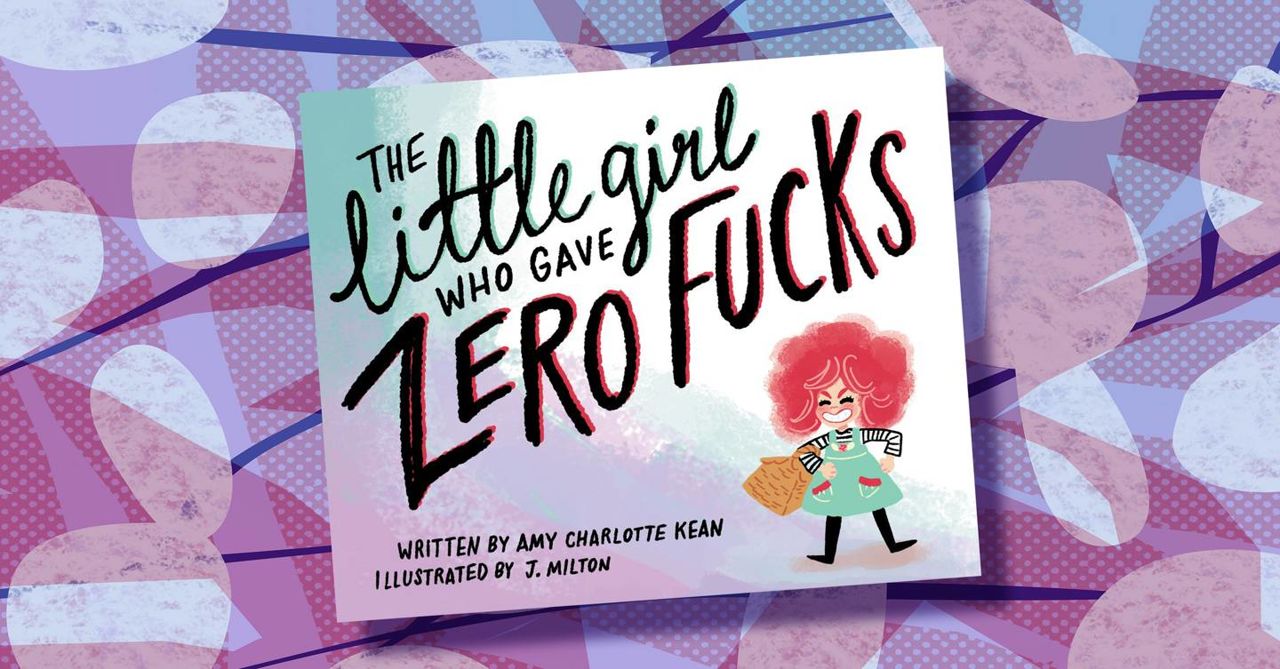 Above: Kean's book, The Little Girl Who Gave Zero Fucks.

I am reminded of freestyling every time I see an ad campaign for ‘mental health'. There’s a lot of them. It feels appropriate: depression figures, especially amongst children, and suicide statistics, among both men and women, are going up. When it comes to mental health advertising, I am a target audience. Right before I wrote The Little Girl Who Gave Zero Fucks, a combination of 15-hour workdays and personal issues left me with such reactive depression and emotional stress I thought my brain was on fire. So, I scrutinise mental health campaigns. The content, talent, message, even the soundtrack (they love their big, dramatic ballads). But recently I’ve been thinking about the calls to action, and that something needs to change.

When it comes to mental health advertising, I am a target audience.

Often when it comes to public health communications, the directive can be unambiguous: stop smoking, don’t drink and drive, wear a condom. It’s very simple; we make people aware of the dangers/issues/costs, and then we give them an instruction. Sometimes there’s scare tactics involved. It’s a formula as old as time.

I’m happy to critique the government: it was lazy, insensitive, racist targeting.

But as more complex, nuanced issues find themselves in the spotlight, the oversimplification of social ills and too-basic solutions can cause more harm than good, further alienating the audience. In August, the government put ads on chicken shop boxes telling young people not to commit knife crime. I don’t know about you, but the only thing a box has ever convinced me to do is open it. I’m happy to critique the government: it was lazy, insensitive, racist targeting. It was shallow lip service: an attempt to be seen to solve the problem, rather than solve it. Thankfully a movement ensued in response, which saw thousands of young people return the boxes to the Home Office, covering in written suggestions for how politicians could improve the environments within which knife crime takes place. 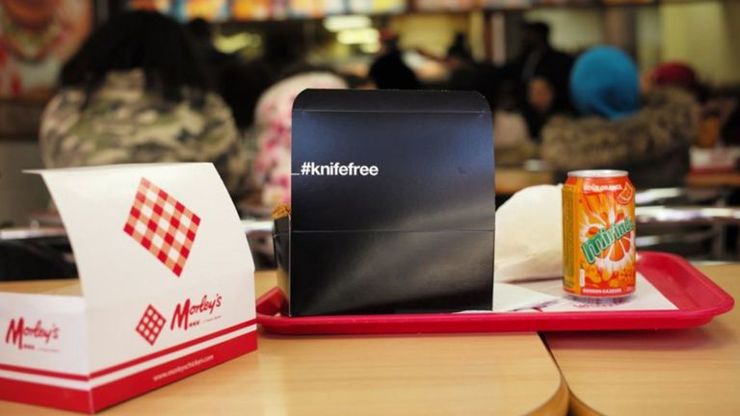 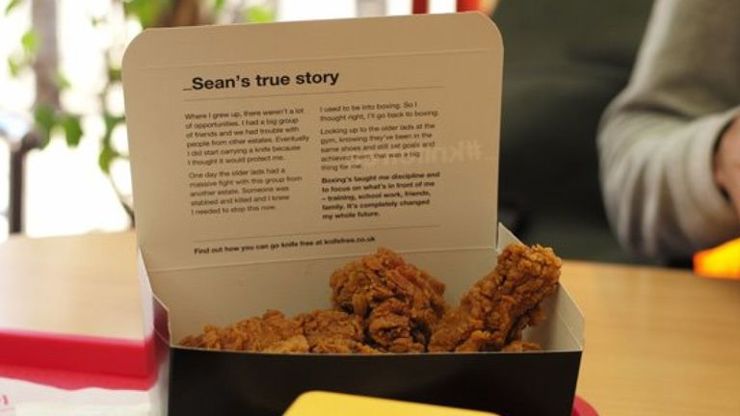 Above: The UK government's attempt to tackle knife crime with ads on chicken shop boxes.

Whilst I’d never want to believe that brands aligning themselves with mental health issues are being exploitative I suspect that, in the rush to solve the crisis, we’re telling people to freestyle, and if not monitored, the effects could be disastrous. To test my hypothesis, I studied 20 different ‘mental health’ campaigns from 2019: a mix of broadcasters and media brands, chocolate bars, fast food retailers, fizzy drinks and others associating themselves with the subject, and noted their calls to action. The primary CTA was talk. To each other, to professionals, to a chatbot, start a conversation. It’s a safe CTA, but most of the time there was little clarification on what to say. Second was think. Think about mental health. Be aware of yours. Sixteen ads told the people suffering to do the talking/thinking. Only one of the campaigns told people how to listen. And there’s our issue.

What happens in a world where everyone talks and no one listens?

What happens in a world where everyone talks, but no one listens? There’s a lot of noise. Telling people to talk about their mental health is never a bad thing, but with an insufficient payoff we end up with millions of people shouting their feelings into the abyss with no one (apart from professionals) trained to respond. So, instead, we turn to 'it’s ok not to be ok' clichés, which are of limited value. Imagine all the silently suffering people who’ve built up the bravery to finally speak, who were met with blank or panicked faces. WE’RE BRITISH FOR GOD’S SAKE. TALKING TO EACH OTHER IS THE MOST AWKWARD THING WE DO. YOU NEED STRICT INSTRUCTIONS.

Talking is great, but hearing the wrong thing back can be agony.

The best campaign I’ve seen in this space is from 2011: a joint effort from Mind, Rethink, The National Lottery and Comic Relief. The ad tackles the difficulty of talking, delivering an insight into the internal monologues of a guy and his colleague who’s just returned to work after taking time off with mental illness. I remember seeing it and thinking, my God this is painful; the dialogue's perfect, the acting's spot on. And believe me, it is painful. In the past I’ve had friends talk of their disappointment because they 'thought I was stronger than that'. Talking is great, but hearing the wrong thing back can be agony.

Above: Mind, Rethink, The National Lottery and Comic Relief's campaign for mental heath, Time to Change.

The ASA has loose guidelines on mental health: you can’t mock people with mental illness, or imply a product or service will enhance wellbeing. You can’t joke about suicide. But not much else exists for how to discuss something as delicate as the human brain, and who we point our ads towards. Could it be considered irresponsible to make someone more aware of their ‘mental health’ without offering them the right psychological tools to address their problem?

Mental health ads need to move on; the audience strategy is flawed, the calls to action too simple, the middle of the funnel messy.

ITV’s new Get Britain Talking initiative; the silent ad break and minute’s silence in BGT, impressed a lot of people (many raved about its ‘vertical integration’). They have a microsite that offers conversation starters such as: How was the weather? What’s your favourite soap character? It’s light, and fun – very ITV - but with such a dramatic launch I was hoping for a more meaningful solution. 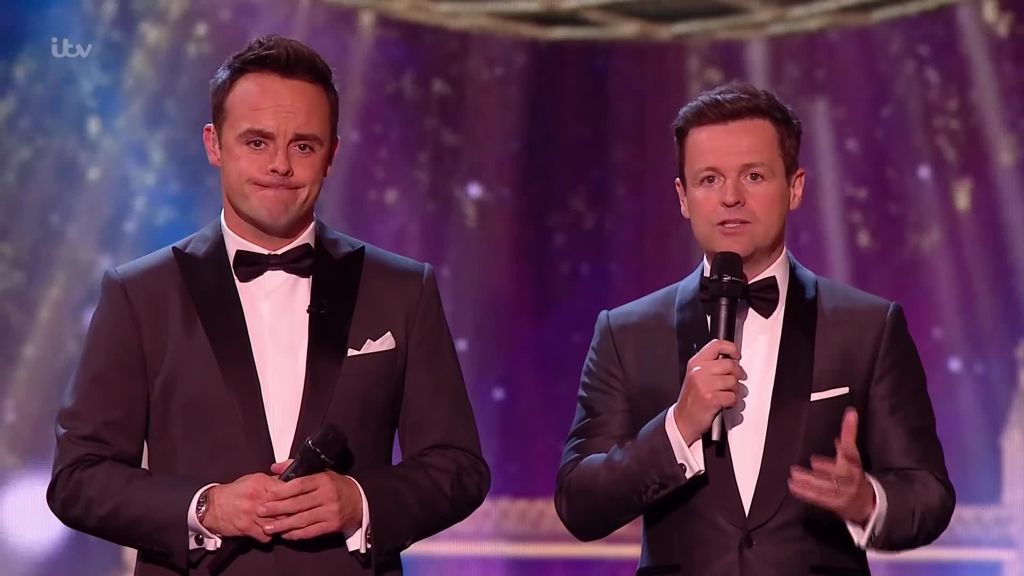 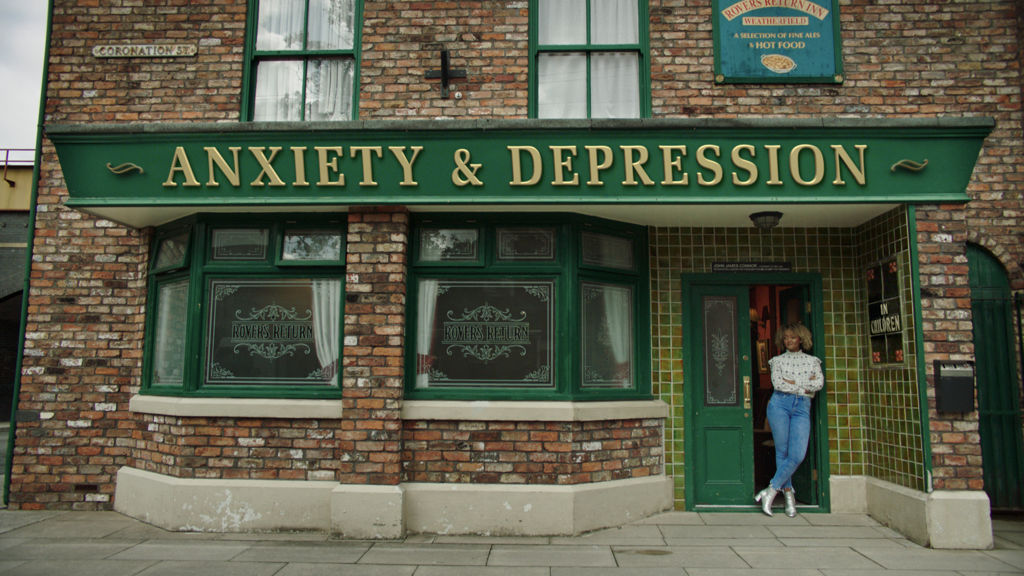 ITV – Tune Back In - Britain Get Talking 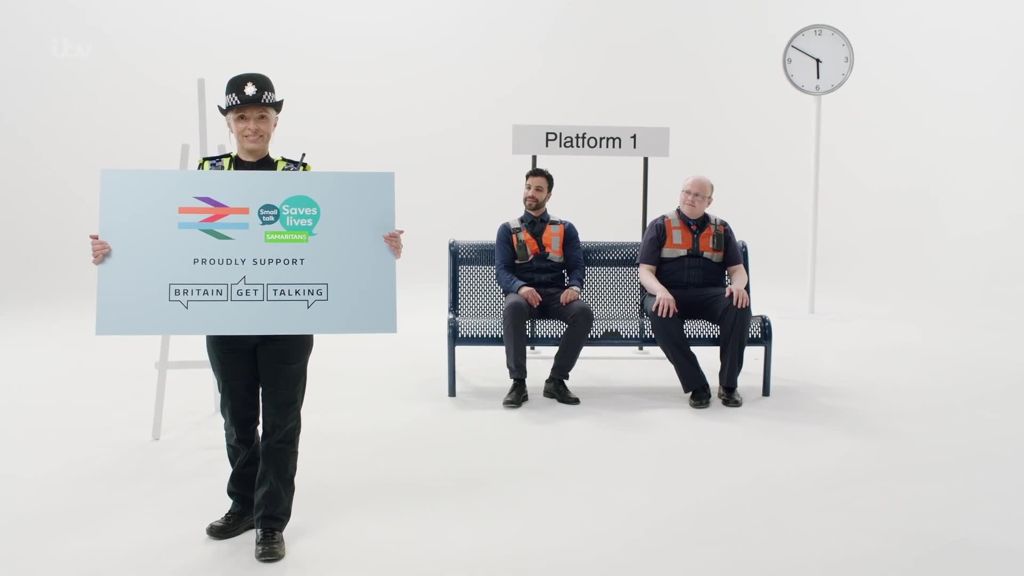 Above: ITV's Get Britain Talking campaign.

Mental health ads need to move on; the audience targeting is basic, the calls to action too simple, the middle of the funnel dense and messy. Removing stigma is about educating those who don’t suffer. Telling people to talk feels like ticking a box and if you don’t have a decent call to action, don’t do it. Around a quarter of the brands I saw talking about mental health were reported to have contributed to the problem themselves in the past (i.e. social media sites) but there was one brand that stood out: LadBible.

And FYI, I didn’t pass the audition. I was never in the band Girl Thing. That day I learned freestyling is different for every person. That’s the brilliance in our difference, I suppose. But you need confidence and training to try, because things are far easier said than done: especially the splits.

A lifetime of auditions with posh guys shouting the word FREESTYLE in my face would never teach me how to do it. Teaching would teach me how to do it. So, now, if I ever ‘freestyle’ in public, I’ve learned to steer clear of professional environments, and I’ve trained my friends to crowd around me so I can dance like no one’s watching. 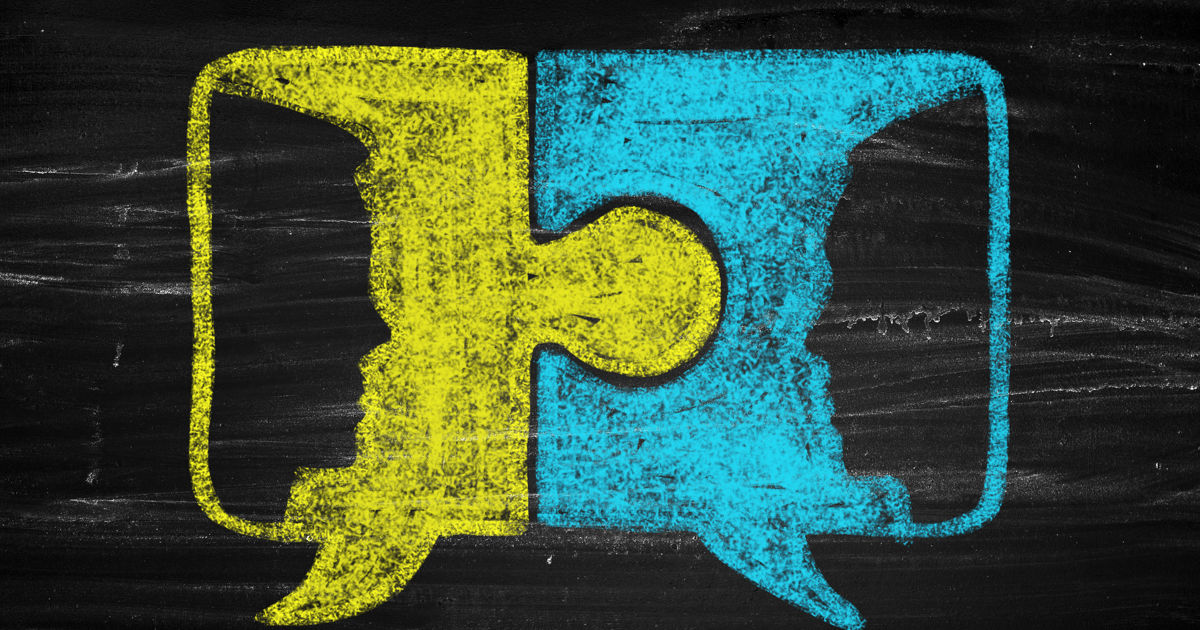 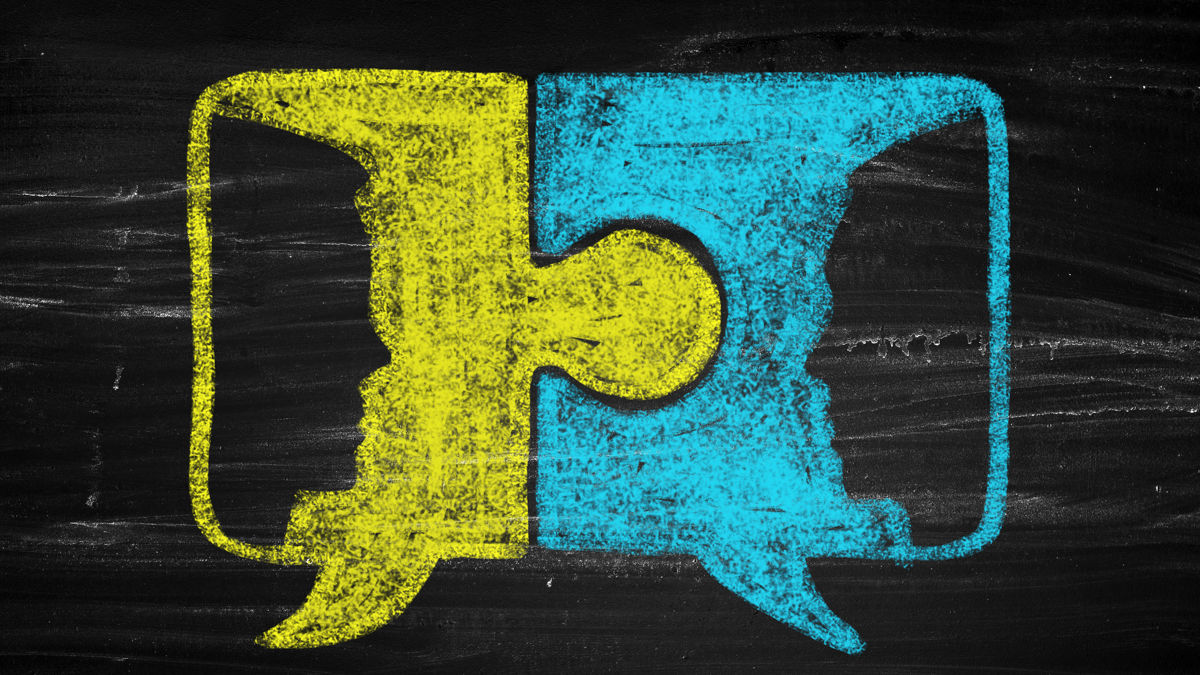