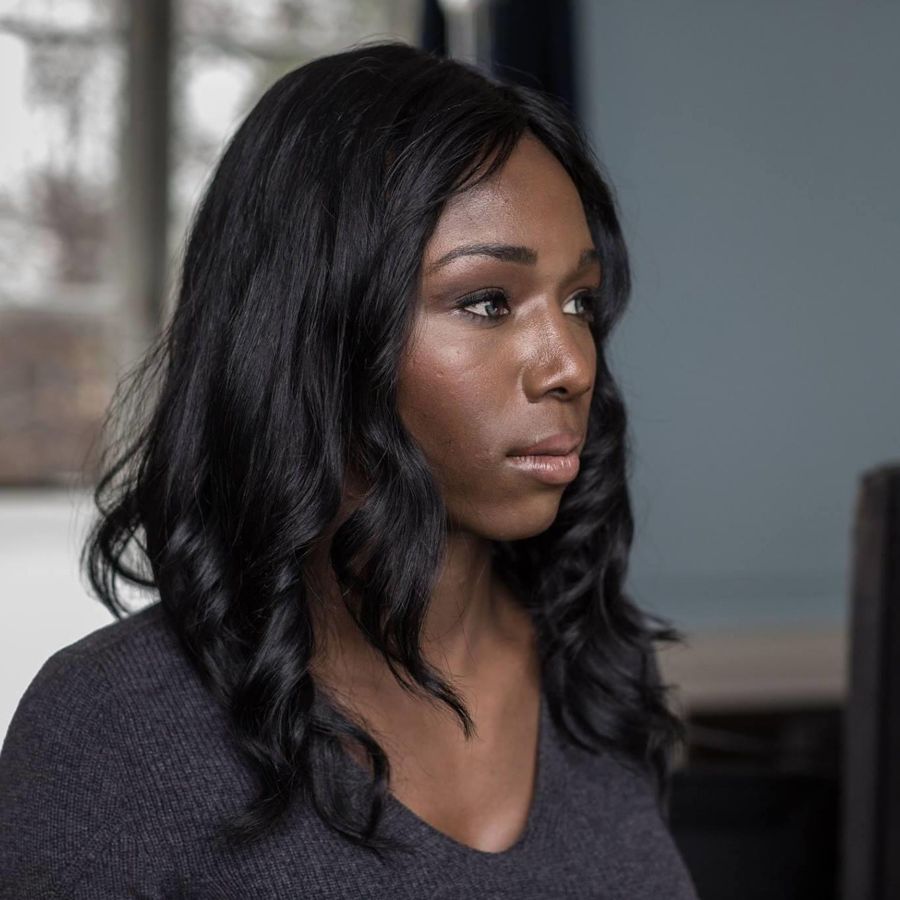 Black trans leadership is vital to the commercial world

When Daniella Carter didn’t see the kind of representation she needed, she decided to start Daniella’s Guestbook; a multi-disciplinary initiative to interview and uplift other marginalized voices in the industry.

Creative Producer Daniella Carter didn’t see herself represented in the ad industry, so she made her own channel.

Can you tell us a little bit about Daniella’s Guestbook and how it got started?

Daniella’s Guestbook exists to support and amplify the work of creators of color. We hope that the acknowledgment of these artists will help to foster relationships with industry leaders, major brands, and production companies to continue to strengthen relationships within and beyond the creative BIPOC communities. Daniella’s Guestbook was created in response to the killing of George Floyd as well as the Black Lives Matter movements calling for equality and justice.

When Founder and Executive Creative Director, Aaron Duffy of creative agency SpecialGuest, reached out to ask how his team can help out, I realized there was an opportunity to do more than just donating. Although donations are great, it's never guaranteed that those resources will end up in the hands of the people most affected by the cause an organization aims to represent. I wanted to create a platform that can have a direct impact on Black lives, and I believe Daniella’s Guestbook does just that!

You say that to lead this project is both a revolution and an honor—can you explain what you mean by that?

When I say that, it's because historically more than one in four transgender people have lost a job due to bias, and more than three-fourths have experienced some form of workplace discrimination. Refusal to hire, privacy violations, harassment, and even physical and sexual violence on the job are common occurrences. These abuses are experienced at even higher rates by transgender people of color. Many people resort to changing jobs to avoid discrimination or the risk of discrimination. Extreme levels of unemployment and poverty lead one in eight trans people to underground economies—such as sex and drug work—in order to survive.

For me, as Black trans woman, to be employed and doing what I love at a time when so many are losing their job, is a privilege. Every breath a trans woman of color takes is a revolutionary act. She's choosing to continue fighting by simply being herself in a world that's constantly trying to leave us in the shadows of society. So, to be in a position like the one I'm in, helping to create opportunities and start conversations about intersectionality amongst people of color, is truly an honor, and it is revolutionary. This project not only sends a message to creatives at large about what's possible when this community becomes established but it also reminds everyone about a community who is experiencing an epidemic of violence against their trans and nonbinary siblings right now. So far, there have been 32 reported murders in the trans community just this year.

We cover a huge spectrum of issues, from mental health and trans violence to a comedic segment on how to get your “Latino card” revoked.

The Guestbook sends a message to the industry that, even in these dark times, we can still dream and push through those barriers to become whoever we want to be. I want to show all the shades and nuances that come from being a Black person, across all mediums. From the beautiful short films to the rawness of spoken word, there is so much to learn, understand, and appreciate about the Black experience.

How is activism, leadership, and art interconnected?

I know from first-hand experience what it's like to live in the shadows of society until an established individual comes along, mentors you, and helps to liberate you. I had that moment when I was 18 years old and featured in Laverne Cox's Presents: The T Word. Now, I have the influence to offer a support system for emerging BIPOC content creators to share their voices, talent, and narratives. We created a platform for Black creatives especially to be the ones to tell their own stories and help get those narratives the recognition they deserve.

What is your curation process like? Is it a vibe you connect with, or is there some kind of “Daniella metric” you have in the back of your head?

Since the platform was formulated from the modern Black civil rights uprising in response to the multiple killings of unarmed Black folks, it's very important to me that the narratives I highlight speak to sociocultural issues and experiences. I also wanted to make sure that we represent the entire BIPOC spectrum as much as we can, which is why we’ve highlighted artists and narratives from African Americans, biracial folks, and Latinxs. We cover a huge spectrum of issues, from mental health and trans violence to a comedic segment on how to get your “Latino card” revoked.

Our experiences are so vast and there is so much to appreciate in them, and I think ads help make that visible in everyday life.

I wanted my list to feel as if you're getting a bit of insight about different BIPOC experiences in a very creative way, which is why they are in the order in which they play. Starting with my piece “We Are All in this Together” and ending with a comedic narrative helps to create a balance between intense and funny that gives you that film-festival emotional rollercoaster feeling, but in a very strategic way.

When featuring work by Black trans people, do you see yourself reflected in these pieces, or are you viewing this work with a more distant, editorial eye?

I do see myself reflected in a lot of this work because I truly believe there is nothing dividing us. I worked hard to foster an environment with Daniella’s Guestbook where a diversity of trans and BIPOC creators can find real, equitable opportunities for their futures with executives.

Ads normalize things in the public eye. We see so many of them every day and in every place, and we notice the people who appear in them, even subconsciously.

As a creator and producer myself, I have to assess the work with some editorial eye, but at the end of the day, that took a back seat to uplifting our narratives and bringing real opportunity to the community.

Why are Black trans people vital to the movement for inclusion, diversity, equity, and even liberation in the arts and advertising industries?

Black trans people are vital because we have been pushed into the shadows for so long, despite always having been at the heart of the movement, exemplified by people like Marsha P. Johnson and Miss Major Griffin-Gracy. In the past, if we were portrayed in the media, it would either be through offensive caricatures and derogatory language, or we would end up dead on a cop procedural. We were given no room to tell our own stories. But if we make room for ourselves and our fellow trans and BIPOC creators, we’re able to tell stories that reject stereotypes and misconceptions and allow the world to see us for exactly who we are.

Every breath a trans woman of color takes is a revolutionary act. She's choosing to continue fighting by simply being herself in a world that's constantly trying to leave us in the shadows of society.

Why is film a good venue for Black leadership?

Film is very powerful. Film has the power to change cultural perception. When I used to see Black or trans characters in films, it felt like an exploitation of our stories and struggles, rather than a true reflection of our experiences. With more Black leadership and Black executives making decisions about the creative content of films or television or any creative medium, our stories come to life in a way that they never possibly could have if someone who hasn’t lived our experience tried to tell it.

From the beautiful short films to the rawness of spoken word, there is so much to learn, understand, and appreciate about the Black experience.

What role do ads play in helping foster more public understanding of the trans experience?

Ads normalize things in the public eye. We see so many of them every day and in every place, and we notice the people who appear in them, even subconsciously. While film and long-form content gives us more space to create our own narratives, I think that ads who feature trans artists and people of color help show us in everyday, ordinary situations. These “normal” ads fight against the idea of being trans or being Black or BIPOC as a monolithic experience. We want to walk safely in the world just like everybody else, and if you see us in ads and in movies, it helps to reinforce our presence in the world and our right to exist in it safely. Our experiences are so vast and there is so much to appreciate in them, and I think ads help make that visible in everyday life. 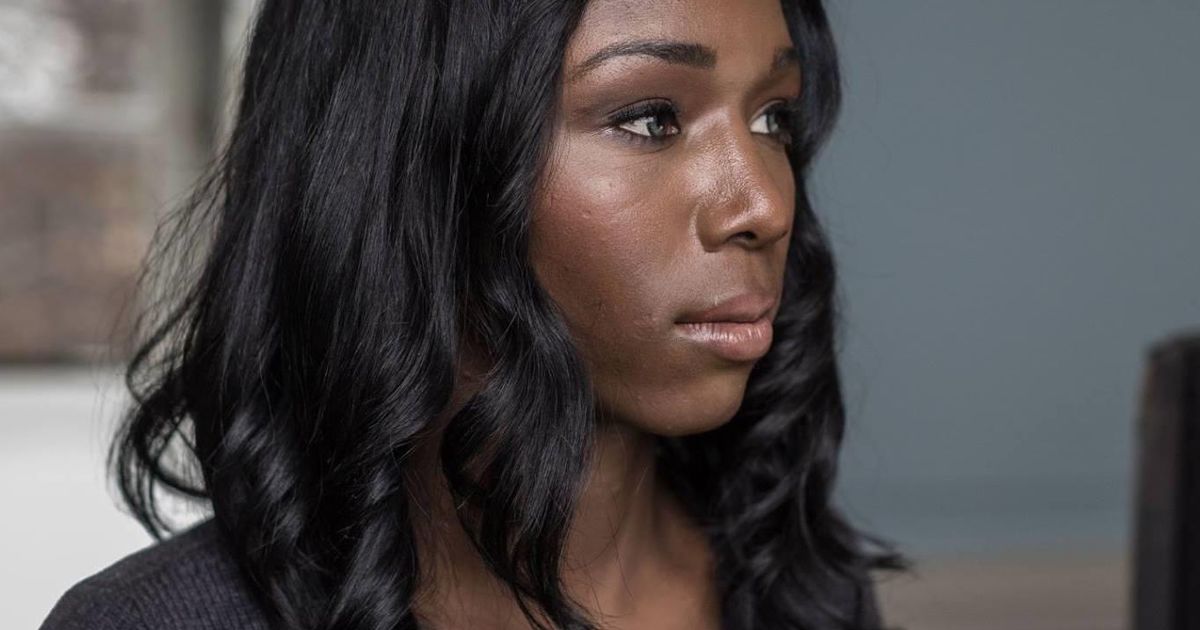