Good Kids director Istvan Kovacs picked up a Gold Screen for his short film, A Siege, at this year's YDA. Here, he discusses turning his back on law, the influence of the Balkan war and his desire to tell brand stories.

I was born in Yugoslavia as a Hungarian minority. My father was a doctor and my mother still is. So, the idea of directing as a profession was very far from my reality. I always thought that I would became a doctor too.

Then of course a lot of things happened in my teenage years, but I remember one thing as a clear turning point: I saw David Lynch’s Mulholland Drive. That movie made a huge impact on me, and I thought, if a film and a filmmaker (director) could influence a boy in the other corner of the world, then it must be a great path to follow.

My family had great luck, because we weren’t in direct danger, but it penetrated into our lives very much.

After that I finished law school, but during my final year I got accepted into the University of Theatre and Film Arts Budapest under the guidance of János Szász and Attila Janisch. In my MA studies, my lead teacher was Ildikó Enyedi [Oscar-nominated director of On Body and Soul]. During my school years I’ve made a lot of short films, a TV Movie and also a feature documentary. My graduation movie was A Siege, which as well as getting the Young Director Award at Cannes Lions, it also got the Student Academy Award in LA.

A Siege – A Siege 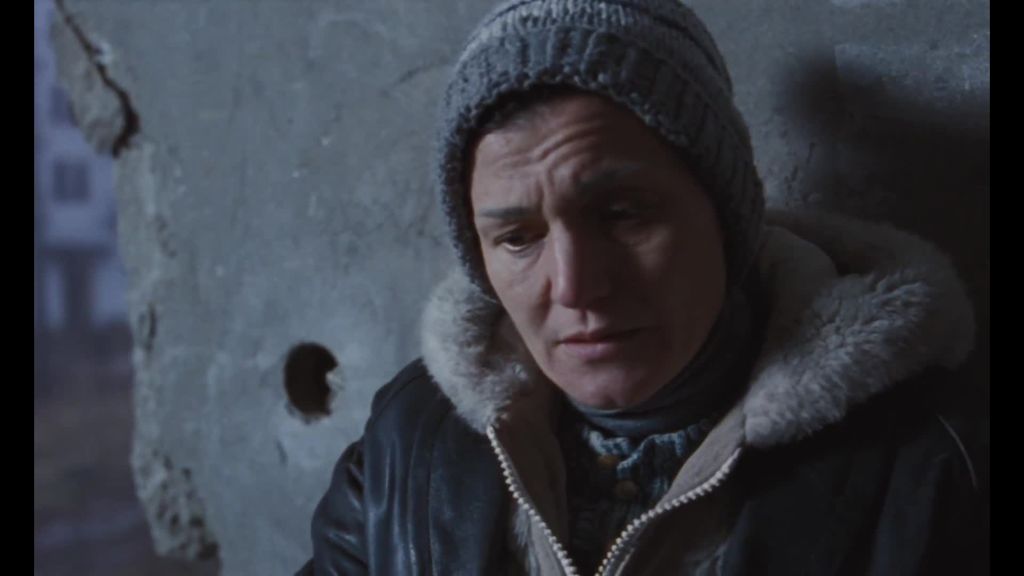 Above: A clip from Kovac's A Siege, which is still on the festival circuit.

Where did the idea and inspiration for A Siege come from?

As I said before, I was born in Yugoslavia and I was there during the Balkan Wars. My family had great luck, because we weren’t in direct danger, but it penetrated into our lives very much. So, after I decided to choose directing as my profession and my goal in life, I immediately knew that I wanted to work with this theme and material. I just didn't have the right story.

She had power and, at the same time, she could be very tender, and that was the thing I needed.

One day my teacher, Gábor Németh, shared a story with me which he read in a memoir. The memoir was only a few sentences long and it told the story of a woman who lived in Sarajevo during the war, and she just wanted to feel human again so she used the radiator water (because there were no electricity, water or food for months and years) to wash her body, but very soon bad scars appeared on her body because of that filthy water. This little story was so heart-breaking for me that I knew that I found the material for my film. 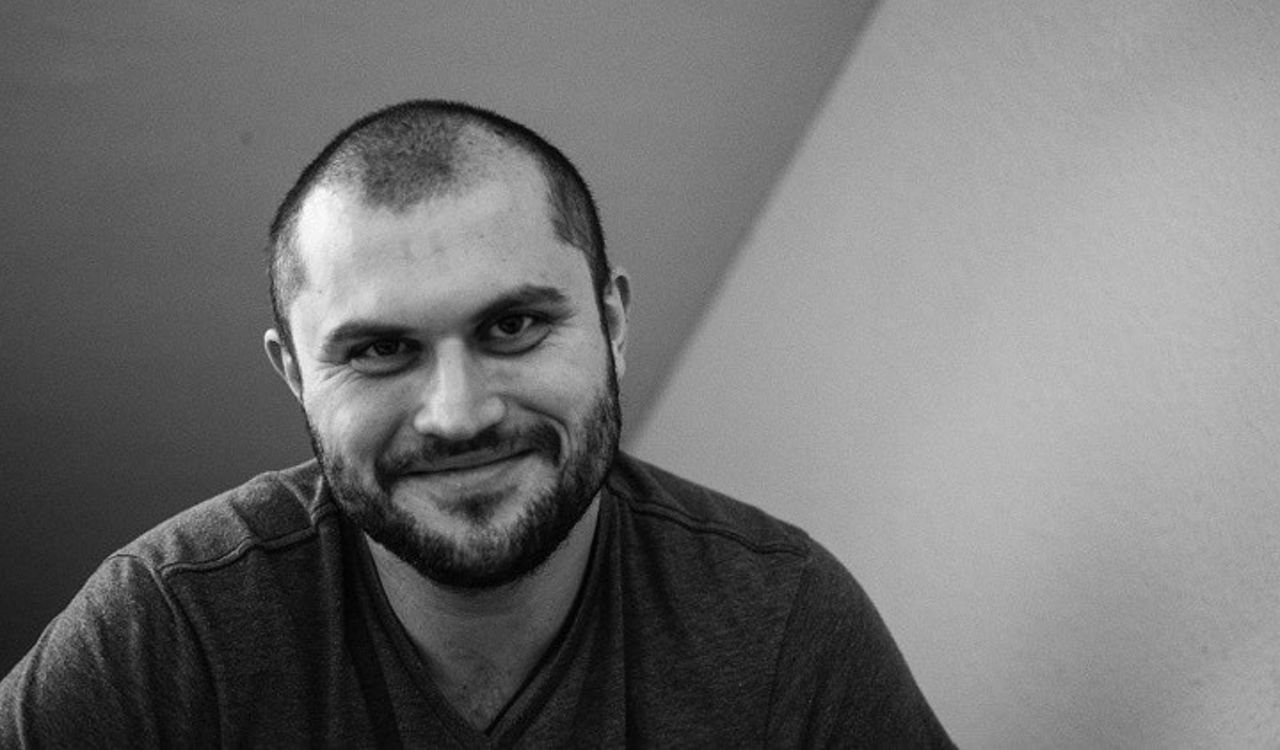 The casting in the film is great; is that something you take a lot of time with?

It’s a fantastic feeling for me that you recognise the work of the actresses and actors in our movie. For a director it is one of the best things. It was a few months of search but I was very lucky because I found one picture of a Bosnian actress, Vedrana Bozinovic. Then I searched for other pictures of her and I was blown away how many faces she had.

We shot it in only four, wintery days of Hungary in December, which was a hard task.

She had power and, at the same time, she could be very tender, and that was the thing I needed. I started to watch her in her previous films and it was a very clear choice. Also my friend, Urban Andras, who is a theatre director, said that I have to talk with her very quickly because she has a lot of work.

So, we talked, and we were on the same page instantly. She accepted the role and caressed the fragile character so intelligently that it was a fantastic symbiosis. I loved working with her and I’m really looking forward to making a movie again with her. She received an Honourable Mention for Acting from the AFI FEST in Los Angeles.

Where did you shoot A Siege and how long did it take?

We shot it in only four, wintery days of Hungary in December, which was a hard task because we even decided to shoot it on expired 16mm film (budget issues again mainly, though I liked the rough touch of the expired celluloid).

As a location we found an abandoned Soviet military base which was used by other film crews as Sarajevo before. Technically it was really tricky and also, as a director, I had to be very gentle on the character arc and we worked with very subtle gestures. It was a great journey in learning how to tell a big story with little things. My crew was extremely supportive during the prep too, helping me to focus on the creative aspects. Above: Vedrana Bozinovic as the main character in A Siege.

Ironically, the hardest part was to find a location for the internal scenes. We searched for months and we hadn’t found the right place because the details of a building in 1994 Sarajevo are completely different than a building in 2018 Budapest.

I would love to make a breakthrough into the commercial world. It is a huge task to tell a good story in 30 seconds.

We had a very limited budget due to the fact it was my graduation movie so my production designer, László Rajk (who was also the production designer of the Oscar-winning Son of Saul), told me that we have to shoot this movie in real locations.

Fortunately, we found the old Soviet military base, so we had great luck with the external scenes, though we thought that it would be much harder to find those than the internal locations. In the end, we had to split the shoot into two parts, with a two month delay, as we tried to we find the ideal location for the internal scenes. What does it mean to win a Young Director Award?

It is an extremely big honour and I am especially proud of this because I come from a film background where author–driven pieces are common, but I do not like to be put in a box. I would like to believe that there can be a fusion between directing films and commercials at the same time. This award proves this to me, and helps me to  pursue my dreams also in the commercial world.

[Good Kids is] a young production house who put lot of effort into diploma films to foster new talents.

What other awards/commendations has the film picked up and what are your hopes for if from here?

We picked up a Student Academy Bronze Award last year in LA, that is referred as the Student Oscars. Then the movie had an amazing festival circuit, including picking up an extra prize for the best actress in AFI FEST, LA. I was selected as one of the 10 most promising film directors from the region by the European Film Promotion, and our film had its recent screening within the Karlovy Vary Film Festival in Czech Republic. 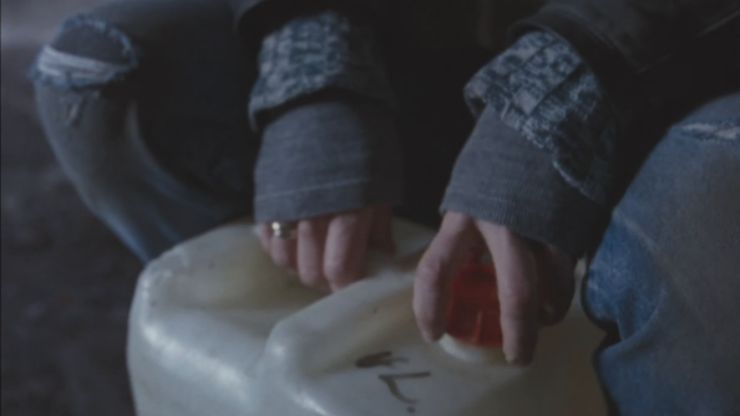 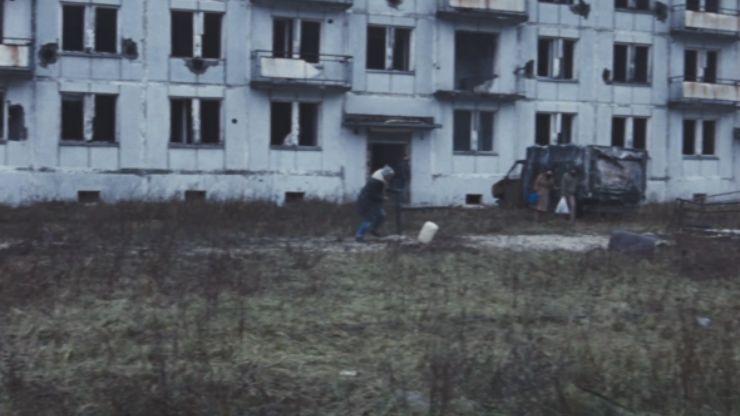 I made a few TVCs mainly for the Hungarian market before, but I cannot say that I've had a lot of branded projects. To be honest, I would love to make a breakthrough into the commercial world because of the format. It is also a huge task to tell a good story in 30 seconds. Also there is a lot of opportunity to try new things and find the best way to tell a very short story visually. It challenges me as I am a real storyteller and I find narrative extremely important, I think A Siege is a good example. 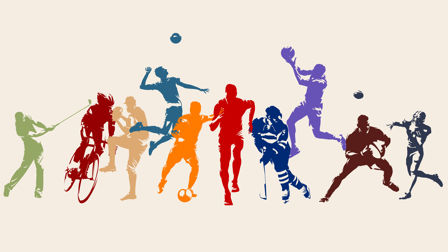 A lot of international commercials, I hope. Seriously I would like to be able to work for international brands. In the meantime, we started to develop A Siege into a feature film, so that will be my next project, hopefully financed by the Hungarian National Film Fund.

Lastly, which company/companies should we credit as your current representation?

Good Kids productions in Budapest are repping me for international commercials and also co-productions. D’Intino Patricia was also one of the producers on A Siege. They are a young production house who put lot of effort into diploma films to foster new talents and to create great team that can work through challenges or low budgets with great cinematic demand.