Why tech and creativity go hand in hand

Speed, reliability and a growing capacity to move the creative dial, Becky McOwen-Banks, ECD at VaynerMedia London, believes you'd be foolish not to put your faith in artificial intelligence.

When you think about creativity, it conjures up ideas of freedom of expression, inspired thinking and imaginative endeavour.

Which is perhaps why, for many people, it doesn’t often sit comfortably alongside technology or the newer frontiers of automation and artificial intelligence (AI). But advertising is a field in which technology and creativity can join forces, rather than being sat on opposing sides of the fence. It may not be a fashionable view in some creative circles, but rather than stifling creativity, data can be used to support new ideas and concepts.

If we don’t embrace all of these possibilities, we won’t even be aware of what we’re missing out on.

This is not about AI replacing human creativity but, rather, complementing it. AI is another brain, a very fast and task-focused one that can support and help at various points in the creative process. Just as there’s a growing recognition for the need for neurodiversity in the workforce, that is for people with a range of abilities and brains that may work in slightly different ways for different people – be that in the areas of autism, Asperger’s or mental health issues - so too is there a place for robotic brains. If we don’t embrace all of these possibilities, we won’t even be aware of what we’re missing out on.

AI's ability to crunch through large volumes of data at speed... means valuable insights around consumer behaviour can be gleaned far quicker than when relying on people alone.

The first and most obvious area where AI can support creativity is in data collection and insight. AI's ability to crunch through large volumes of data at speed, and to identify patterns and trends, means valuable insights around consumer behaviour can be gleaned far quicker than when relying on people alone to analyse data. A human element is still needed, though, to reach the kernels of truth, to interpret these insights that can bring genuine new thinking to a strategy or approach.

Campaigns often start with the team of strategists identifying who the work needs to speak to, and what the messages is, but AI is invaluable for the legwork of data analysis leading to that point. AI can pull audience data, including the themes emerging from specific segments on their social media channels, or viewing preferences online. 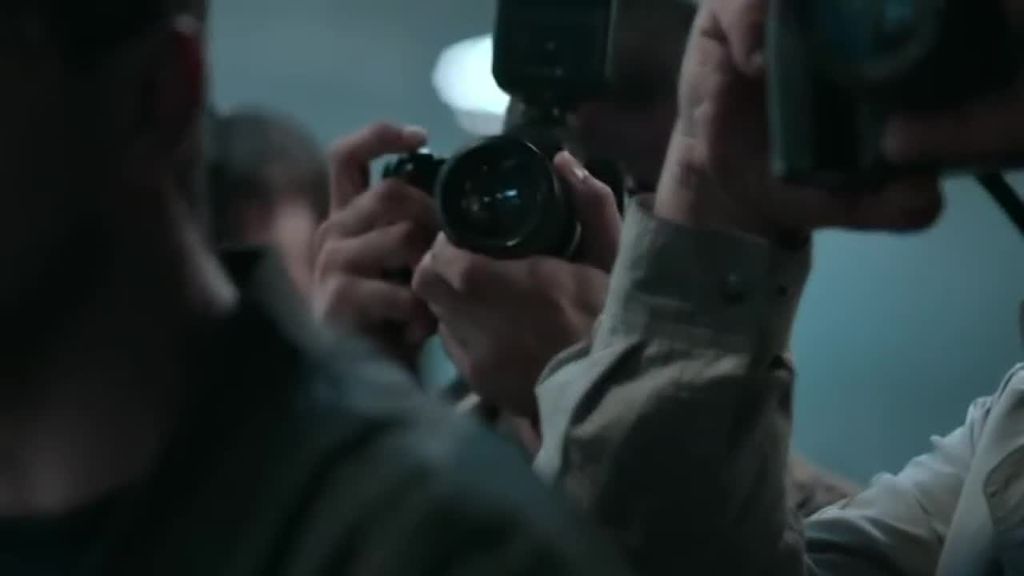 Above: The&Partnership's AI-created campaign for Lexus.

And AI can go beyond data collection. It can be used for testing sections of any campaign. It can process the data from a shoot and then create a suggested edit of a campaign film. For example, with your filmed content, an algorithm can suggest shots based on thousands of other images that it has seen and understands. Working to a storyboard it can reply with edits in a matter of hours, instead of the three or four days it would take an experienced editor.

I’d argue that the model for any agency going forward must include AI and data analysis to support creativity.

We have seen some examples where AI has been used to create the entire script, including one notable example for Lexus [above] created by The&Partnership London and released in 2018. The agency’s then creative partner, Dave Bedwood, said the script, produced by using IBM’s Watson technology and data points including 15 years of Cannes Lion-winning ads, was far more complete than he’d expected with “a footnote in every single line explaining why that decision was made”. However, as Lexus's then General Manager for Europe, Michael Tripp, acknowledged, the ad “still makes me uncomfortable because it doesn’t quite make sense”. It also didn’t move creativity onward (or win its own Lion).

Speed is of the essence, and AI can give an agency a significant advantage in this respect.

So, more specific use of AI will enable us to keep moving the dial of creativity. For any agency looking to create the best possible creative for a client, it is essential it uses all the tools at their disposal, and I’d argue that the model for any agency going forward must include AI and data analysis to support creativity. Now that so much technology, talent and resource is available to agencies, as well as many established ways of creating, one of the few differentiators left is the time it takes an agency to deliver good work – speed is of the essence, and AI can give an agency a significant advantage in this respect.