A Rube Goldberg rig of cameras on toy trains, projector screens, and bizarre lighting makes for a dynamic music video. 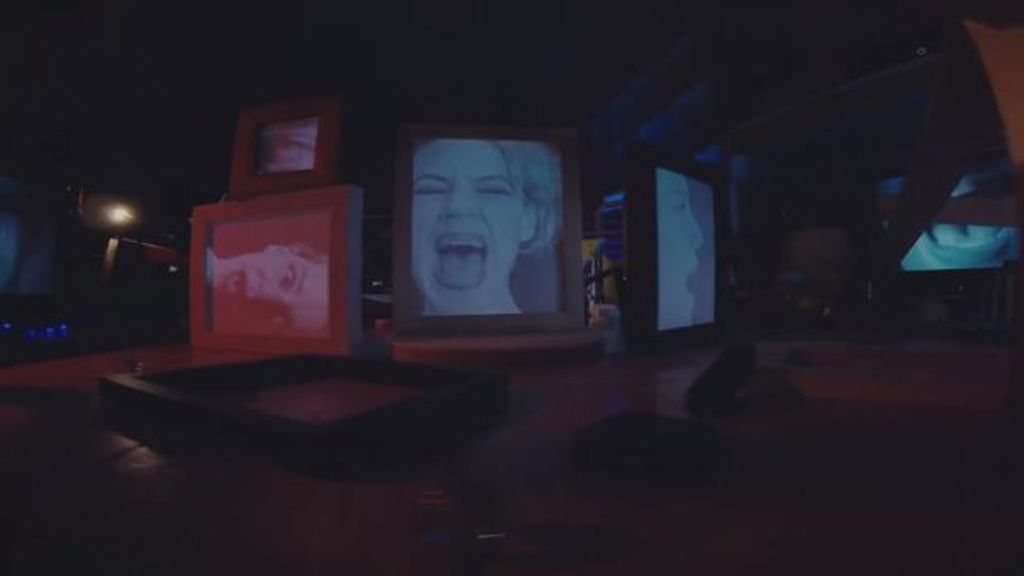 As mesmerizing as the name suggests, hypnotized is a fun exploration of an idea pushed to the limit.

The camera on the train tracks moves through the room slowly, the lights dimming and coming up gradually as we see the first screen. It’s a tablet (maybe, it doesn’t matter) and it’s a guitar being strummed. As the toy-bound camera moves through the room, we pass shadows on the wall, disembodied objects, toy cars parked around a projector like a drive-in theater, and the strange creatures hidden under a bed frame.

hypnotized is disorienting, but wonderfully so. With tUnE-yArDs’ face on every static surface, it’s immersive and impossible to look away from. The room changes again and again as the train revolves around the pieces and parts of a messy life. It feels careful and casual at the same time, driven forward by a patched-together voyeur’s camera, just another remnant of how this world used to be. Tee Ken Ng created the music video, with help from train conductor Steve Berrick and editor Chris Trappe. 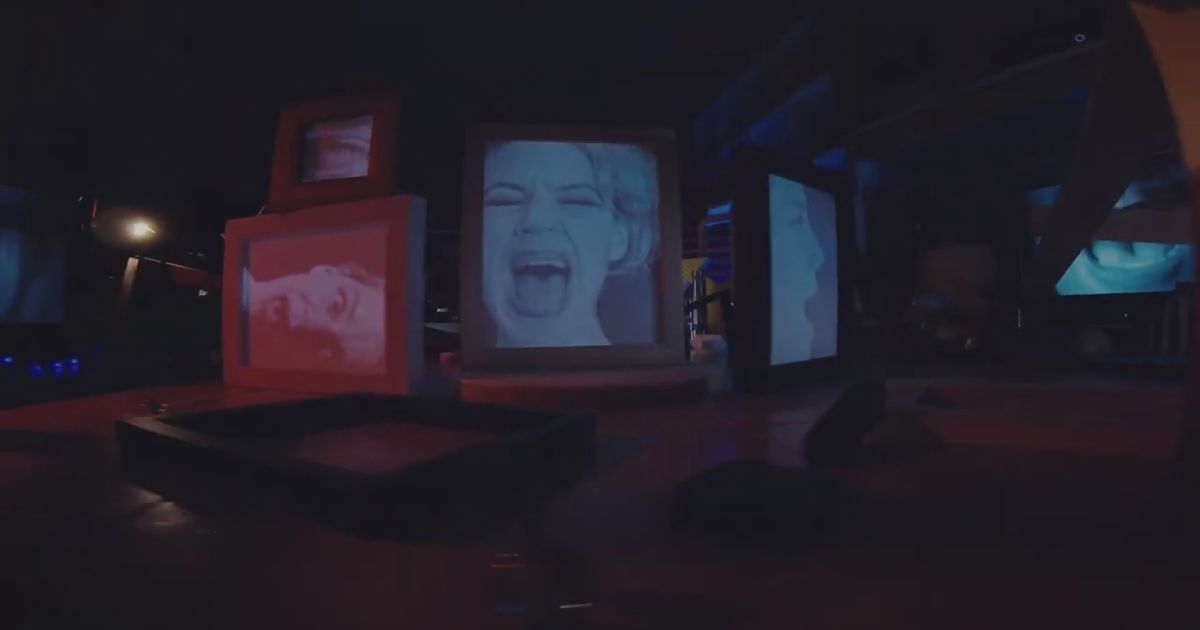 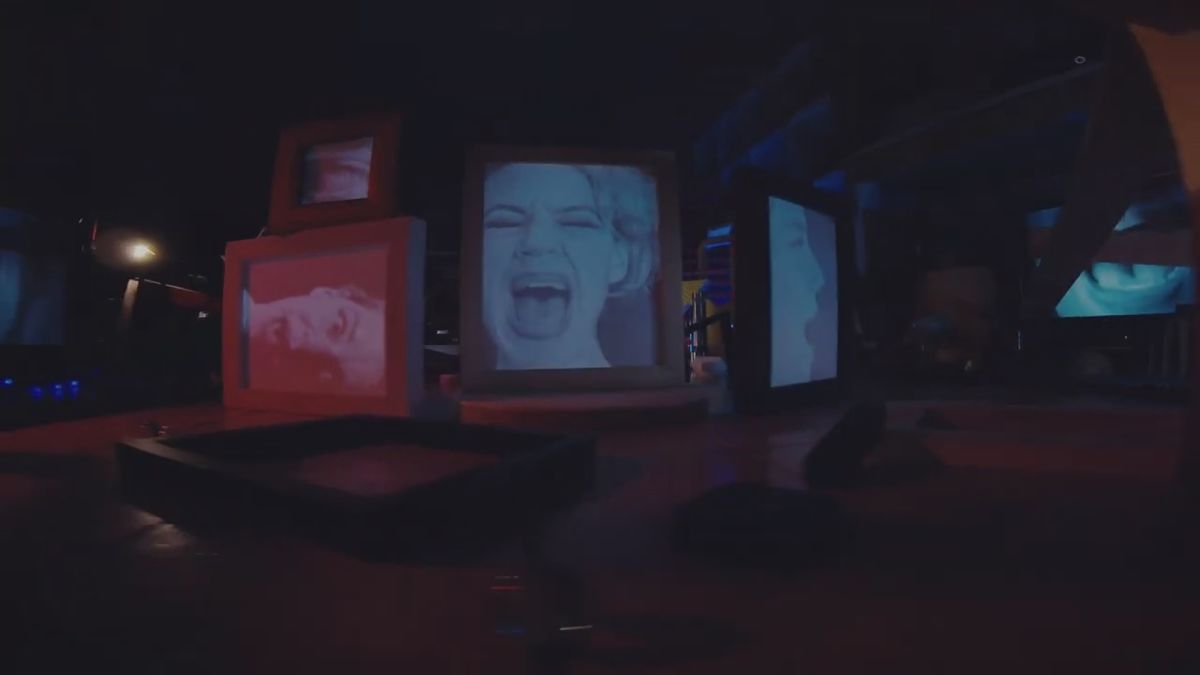