Published in 1486, Malleus Maleficarum [generally translated as Hammer of Witches] is widely believed to be the most misogynistic book ever written.

Its author, the Catholic clergyman Heinrich Kramer, used the text to rationalise witch-hunts. Kramer thought women were nasty little pieces of work. “When a woman thinks alone, she thinks evil,” he said. Why? Because they’re lustful. They have a "temperament towards flux”, "loose tongues” and "are defective in all the powers of soul and body”. Ouch.

There’s always something, isn’t there? A trigger. Some twisted origin story that reveals the source of a bad guy’s wrath.

TRY SAYING THAT TO MY FACE, KRAMER. WHY DON’T YOU @ ME NEXT TIME, HUH?

Women are witches who’ve made a pact with Satan and should be tortured and killed, wrote Kramer. And this jaunty guide (an excellent beach read, by the way) kickstarted centuries of murders (about 40,000) carried out in the name of God. 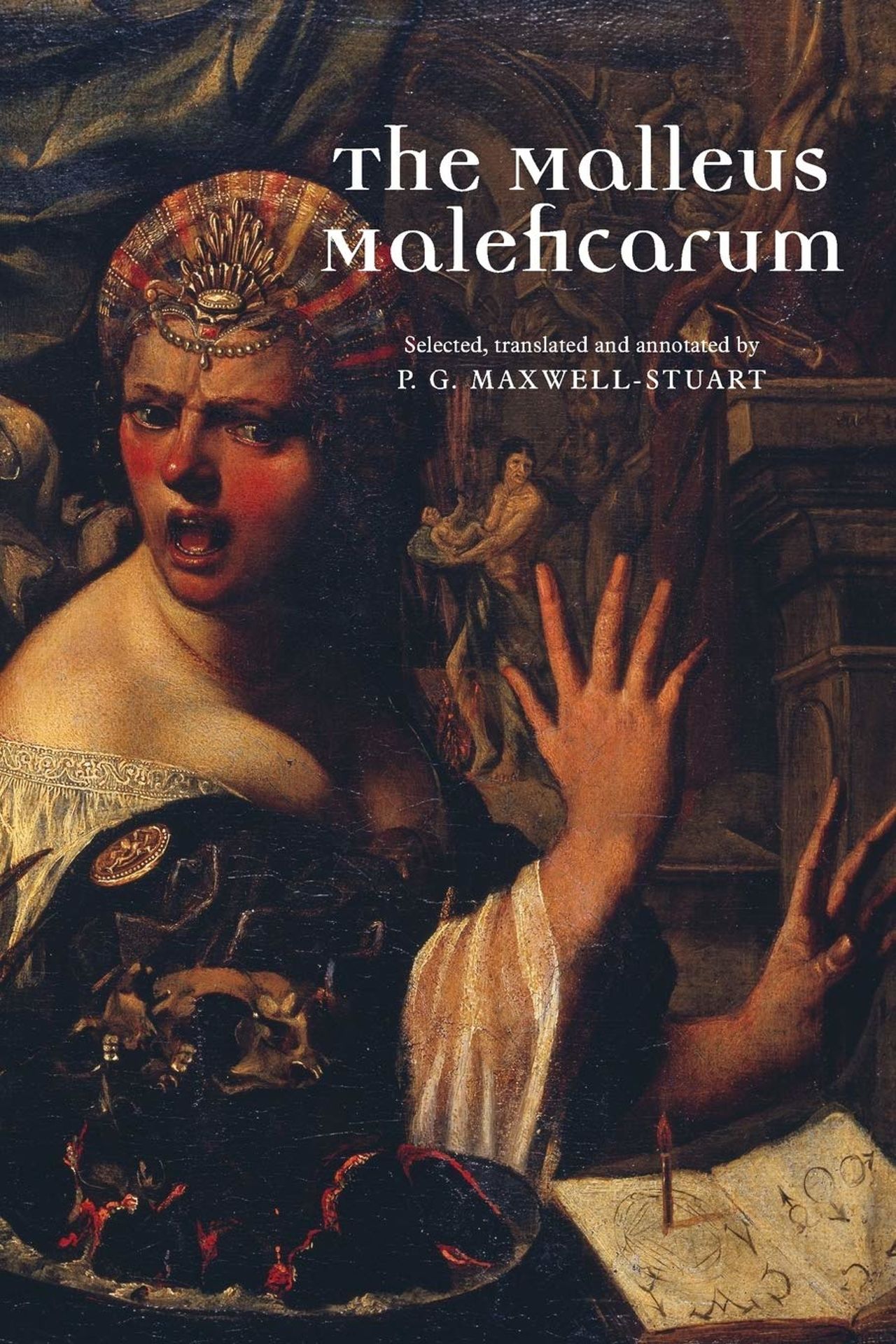 Dig a little deeper into the personal history of Heinrich Kramer and you discover that Malleus Maleficarum was inspired by a woman named Helena who refused to attend one of Kramer’s early lectures when he was an up-and-coming bible boss. The rejection made Kramer angry, and he sought revenge. He accused Helena of being a witch and took her to court, attempting to have her killed. When he lost the case, Kramer wrote Malleus Maleficarum, a book that promoted the starvation and sleep deprivation of women until they admitted copulating with the devil; a torture technique so effective they actually believed their own confessions.

There’s always something, isn’t there? A trigger. Some twisted origin story that reveals the source of a bad guy’s wrath. The Joker, Magneto, even that demented dude from Saw, all had their drastic fury sparked by an unpalatable situation.

The School of Life has produced an excellent video, viewed 700,000 times, entitled Why Are People So Nasty?. I recommend watching it because nastiness is hard to understand. For those on the receiving end, says the video, it “readily humiliates and reduces us. It turns us into a small, damaged party”. But the answer to that question is simple: People cause pain because they are in pain. They want to make others suffer because they have suffered. Accepting this is important because - according to the video - “The only way to stop the vicious cycle of hate is to address its origins”. 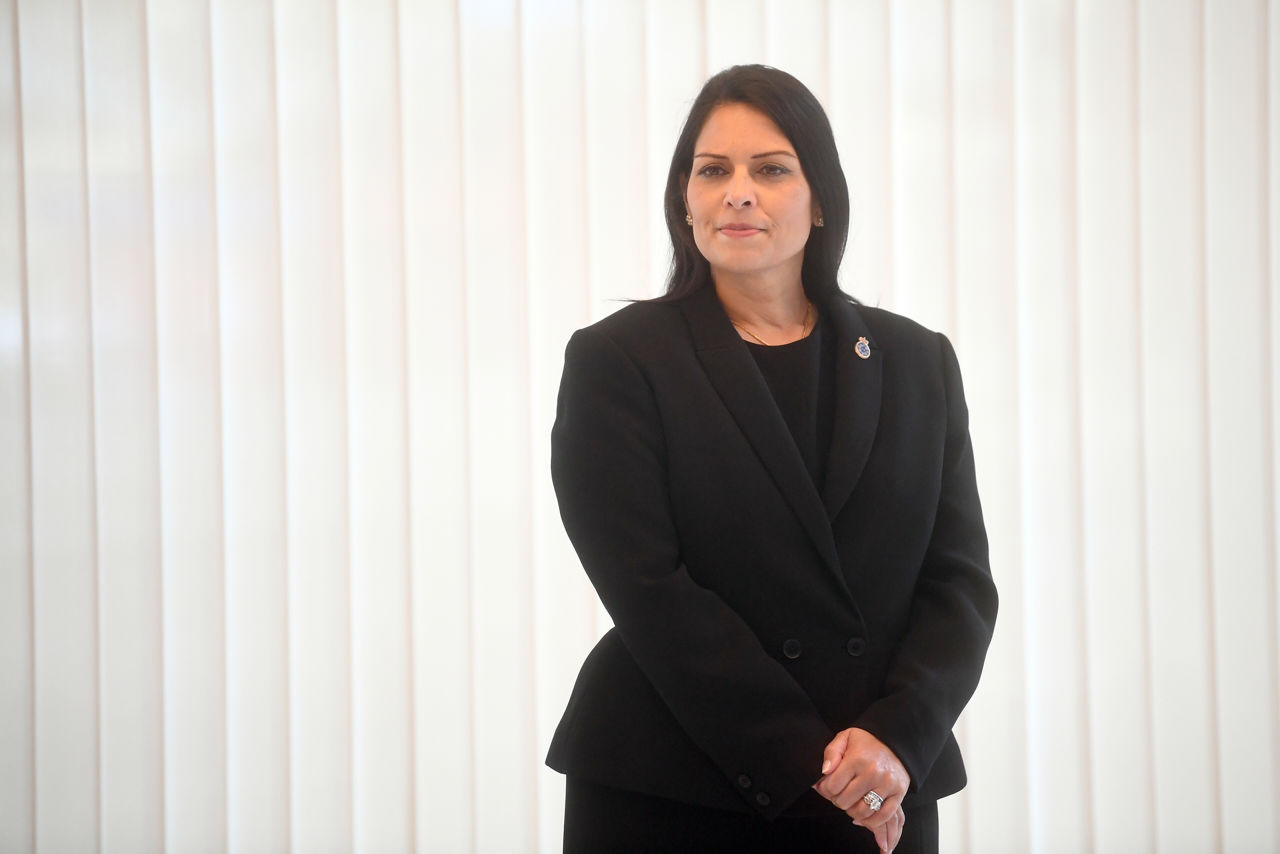 Above: UK home secretary Priti Patel was at the centre of a bullying investigation.

Anyone who’s watched Selling Sunset, Real Housewives or any other reality show that entertains through televised bullying, and which are a bundle of issues and torment, will know a popular phrase is “hurt people hurt people”. Such a realisation can be empowering because it enables you to move from being a victim, to the audience of the perpetrator’s emotional self-destruction. You can transition from fear to pity.

It says a lot about human beings that we need a whole week dedicated to not being pricks to each other.

Last week was Anti-Bullying Week. It says a lot about human beings that we need a whole week dedicated to not being pricks to each other. Coincidentally, last week also saw the release of the report on [UK home secretary] Priti Patel’s bullying. Despite prime minister Boris Johnson asking for the report to be made “palatable”, we discovered that Patel shouted and swore at staff, calling them “fucking useless”. I don’t know Patel’s origin story but, in a further twist, it’s been revealed that 12 members of her staff were also fired in the last two years for bullying, harassment or discrimination. Bad behaviour is contagious, it seems.

This isn’t easy to write, but this year I had a tough time in a new job that I decided very quickly wasn’t for me. At best, the social dynamics were wrong. At worst, I felt incessantly, unnecessarily targeted by one particular peer. The period is a blur now. I remember feelings of being followed; endless messages about how I could improve myself, how I should behave and talk to people, all the ways I was going wrong. I was told I didn’t understand anything, was interrupted, talked over and mocked in meetings.

I felt humiliated and reduced. I became too terrified to speak.

Even when creating a diversity and inclusivity programme for the company this person said, “I think we should probably get an expert to do that… don’t you?” (I’m co-founder of a successful global diversity initiative and voluntary organisation launched at the beginning of 2020. The expert is me). But all these micro-aggressions land on you, and then grow like tangles in unbrushed hair. I felt humiliated and reduced. I became too terrified to speak. I’ve never been the most confident person, but I’ve always been proudly sure of my abilities. That disappeared. I lost all faith in my talents and during that time I could exist, I could get out of bed in the morning, but little else.

Above: Last week was anti bullying week but, says Amy Kean, "it says a lot about human beings that we need a whole week dedicated to not being pricks to each other".

For many months, I essentially cancelled myself. My friends were lifesavers, delivering pep talks, telling me I could achieve anything. How had I even got this far, I wondered? I felt like a fraud. An imposter. But sitting in the audience of my own crappy reality show, I knew this person’s behaviour was the result of their own insecurities. So, I quit, and got to work building myself back up again. Long nature walks, daily meditation, solo trips to the seaside. Running. So much running! And therapy, of course, to remind me my horrible thoughts were fiction.

The concept of Imposter Syndrome places the onus on the individual to fix themselves and their flawed brains.

People don’t like it when I suggest that Imposter Syndrome doesn’t exist. The concept originates from a research paper in 1978 produced by Pauline Rose Clance and Suzanne Imes of Georgia State University, entitled The Imposter Phenomenon in High Achieving Women: Dynamics and Therapeutic Intervention. We all know what it is by now; feelings of self-doubt, being a fraud, and the notion you’re about to get found out. Used as a new business tool by life coaches and wellbeing influencers, the concept of Imposter Syndrome places the onus on the individual to fix themselves and their flawed brains. Be more resilient. Pay £50 to come to my webinar and I’ll give you 10 hot tips for beating those voices in your head that say you’re not good enough.

But where do we think those voices come from? Imposter Syndrome isn’t something you have, it’s something you’re given. Babies are born with two fears: a fear of loud noises and a fear of falling. None of us are born believing we’re not good enough. Those voices in your head are the result of bullies, toxic work cultures, insecure colleagues, being called bossy, too loud, too much, being interrupted, receiving unsolicited feedback, being told you’re progressing too fast or thinking too slow. Or millennia of unwarranted hatred from dudes like Heinrich Kramer.

People don’t like it when I say that Imposter Syndrome doesn’t exist because they think I’m saying their feelings don’t exist. On the contrary. I know they’re real! But for the sake of the wellbeing of the world’s workforce, we have to seriously examine these feelings in the context of the causes. Hurt people hurt people. When I was at my lowest it might have been easy to improve my mood by asserting my authority upon someone weaker than me, because what happens when toxicity spreads, is that we look for insecurities in others to legitimise our own. At its most extreme, we feed off them. It’s a toxic cycle where we all make each other weaker. 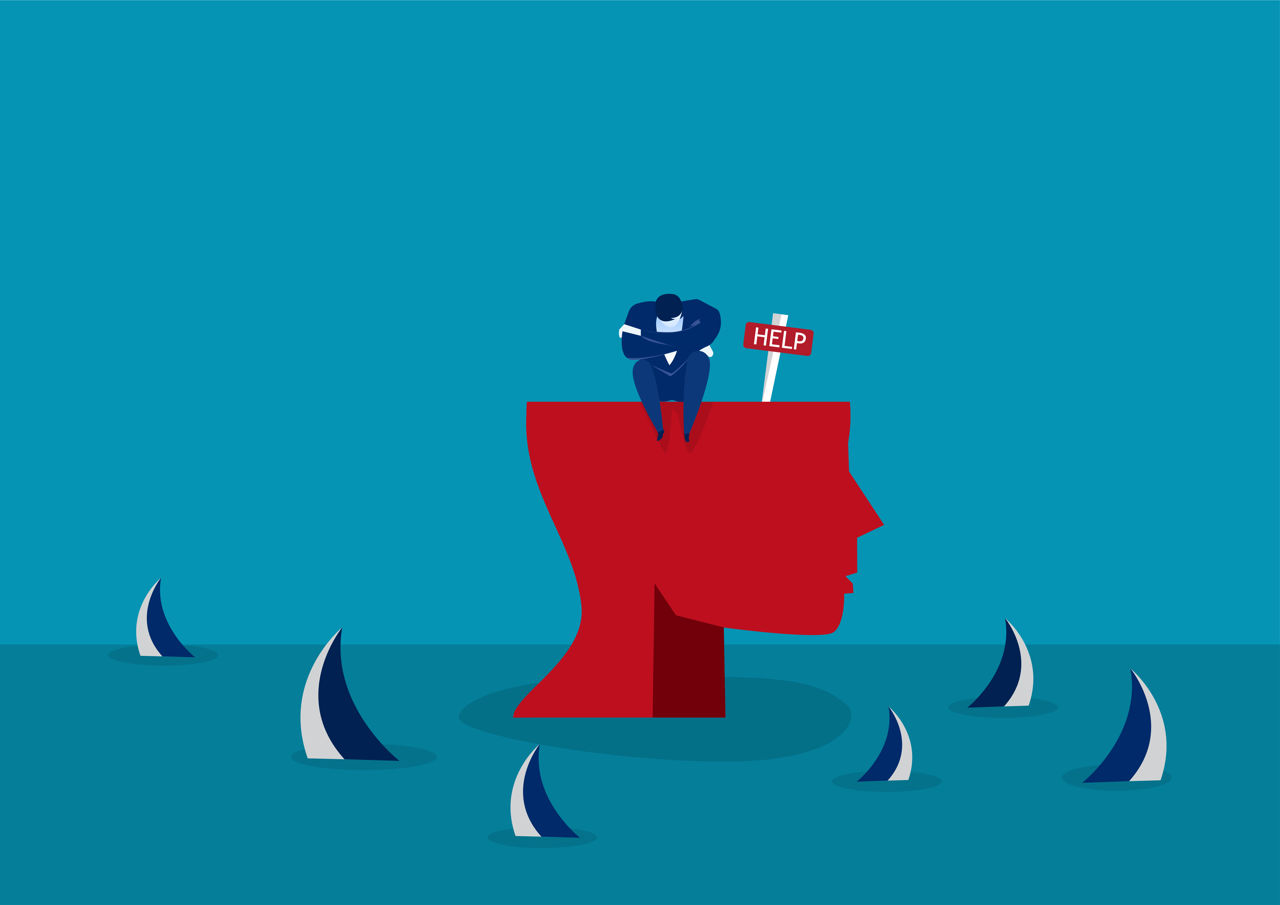 So, this isn’t a syndrome. It’s a disease. A fucking virus.

It’s not easy to admit such things have been done to you. But if it’s possible to make someone believe they’ve had sex with the devil, it’s also possible to make them believe they’re professionally inadequate. I’m not suggesting we ignore each other’s emotions, I’m saying let’s change the conversation, so that it’s less about making life coaches money and more about finding a cure.

Because the Imposter Virus does have a cure. We need to stop recycling insecurity and instead acknowledge that there are baddies in life, and at work, and they are in pain. They need to be spotted, and counselled. And if this conversation makes you uncomfortable, please ask yourself why. Remember: “The only way to stop the vicious cycle of hate is to address its origins”. The. Only. Way.

We need more webinars for bullies, not the bullied. Should we live every week like it’s Anti-Bullying Week? It’s a depressing thought, but it’s worth a try. Optimism is contagious, too. 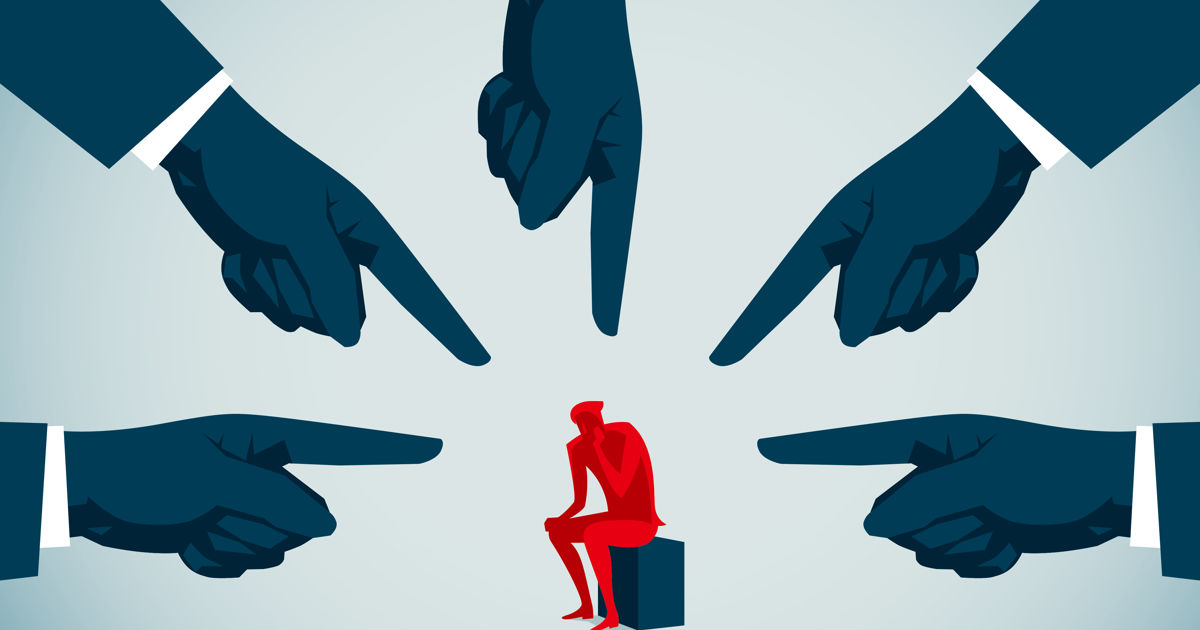 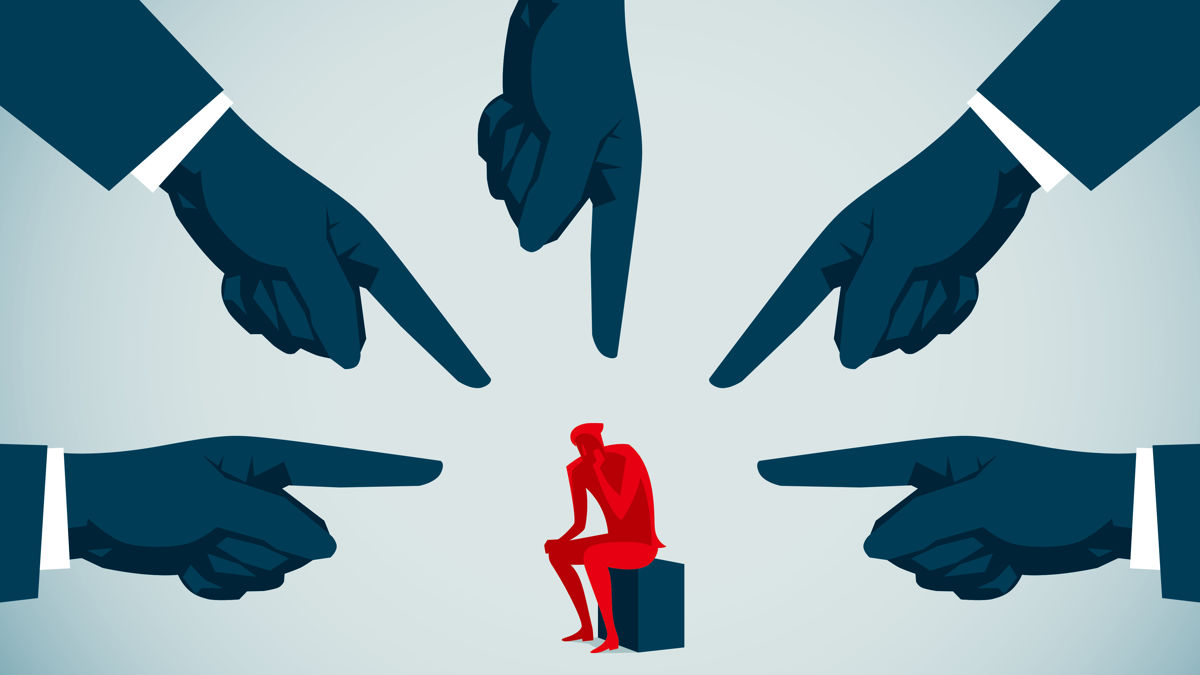