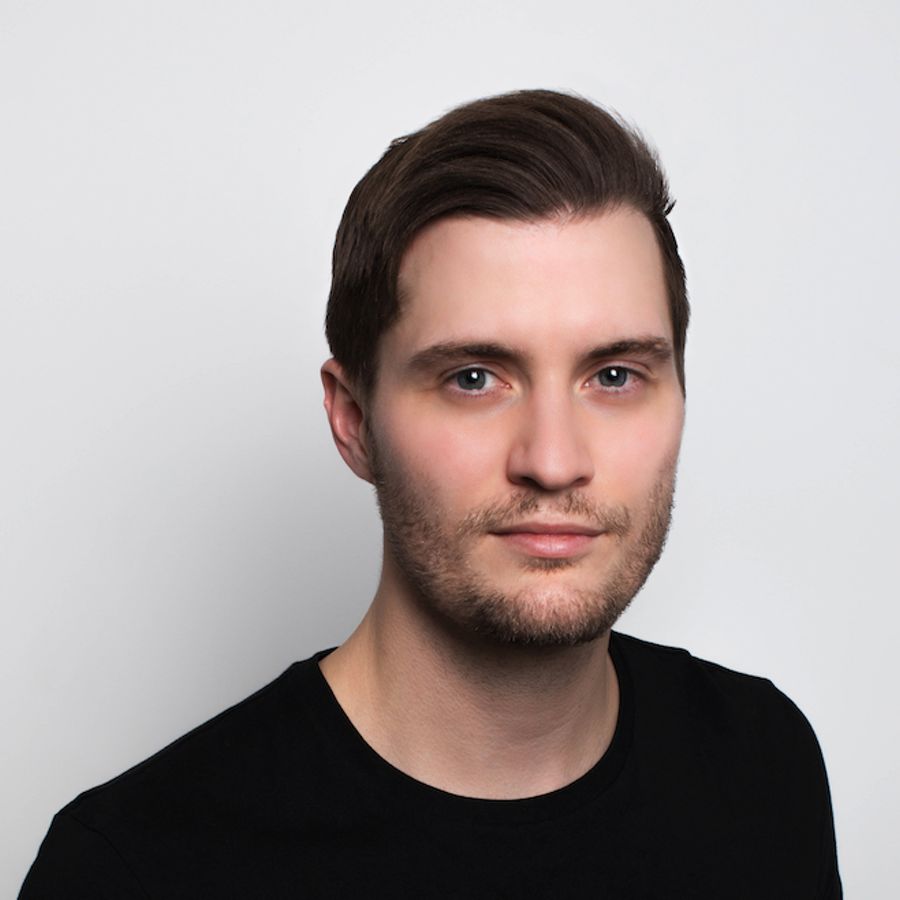 On My Radar: Graham Patterson

Graham Patterson, Editor at Modern Post, examines Zuckerberg's 'dystopian future', champions a directing duo who "brandish their creativity like a sledge hammer", and answers a "mean" musical questions, as he reveals what's on his creative radar.

What is the most creative advertising idea you’ve seen recently?

From a fashion standpoint, I really love the work that Burberry has been doing. They’ve been teaming up with director duo Megaforce, and their past two films have been just incredibly beautiful and elevated and cool - the kind of spots that set the standard for what a great fashion film can and should be.

I think sports brands - adidas, Nike, Reebok - all constantly push the envelope with who’s the edgiest and coolest to a really creative effect. The folks at Johannes Leonardo run a lot of the adidas account and I like how integrated everything is with them, they don’t just give you a film on Instagram, they’ll find clever ways to connect campaigns to the streets or events, real world application stuff.

Oh, also, that intriguing Meta ad [below] that played during the Super Bowl with the defunct Chuck-e-Cheese-esque dolls? I saw so many articles and reactions about how much the commercial missed the mark, or was unintentionally creepy or dystopian, but my theory is that it was very intentionally creepy and dystopian, because look at all of the free press it got them! Everyone was talking about it the next day. Zuck is embracing and commodifying his starring role in the incipient dystopian future. For better or for worse, that’s really smart advertising. 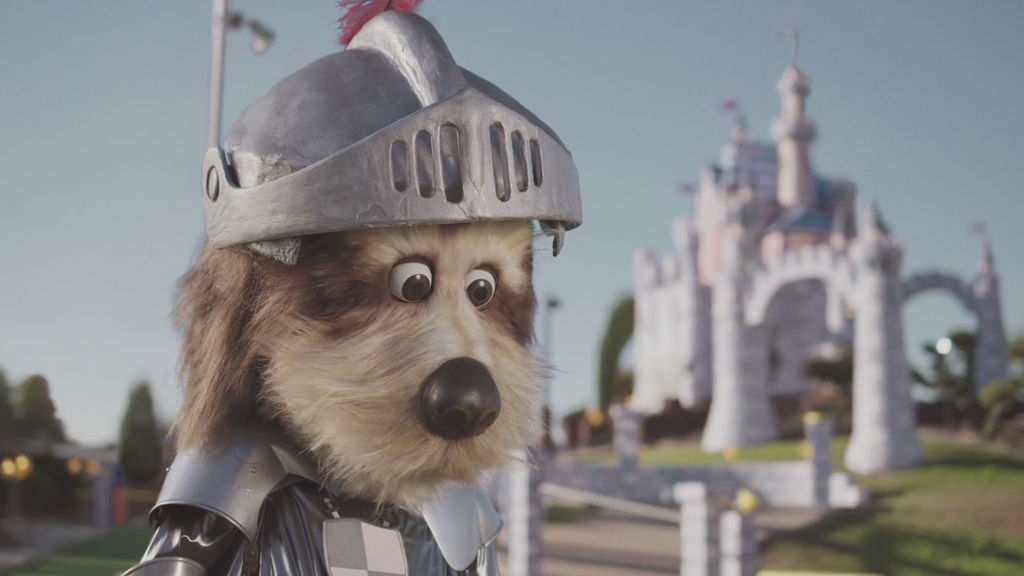 Honestly, mostly Instagram and YouTube. I follow directors and DPs and editors and creatives on IG who do cool work and it keeps me fairly updated. Then to YouTube to watch the longforms for a better look/listen. Every once in a while I’ll do a dive into some of the production companies’ websites, and just go director by director and see what they’re all about. Iconoclast, Stink, Anonymous, Partizan, Art Partner, Art + Commerce etc etc. Not a bad way to spend a day if you’re looking for a good bit of inspiration (and self-flagellation) around how much incredible talent and creativity there is out there.

Then, when industry awards are announced, I’ll usually go and check out the winners, runner ups, nominees. AICP, Clio’s, Ciclope, Cannes, etc. FYI: If you want to go see the best music videos being made right now, check out Berlin Music Video Awards. Blows MTV VMA’s out of the water.

The benefit of being an editor is that all I need’s my iMac! I guess, during the pandemic, I bought a synth (novation bass station II) and audio accoutrements and Logic Pro because I got tired of using the same ambient pads and synthy sound design samples. It was nice when I had the time to play around with it and get creative and make unique sounds and samples that were tailored to the film. But I’m too busy these days, so I again just rely on the talents of sound people and musicians that actually know what they’re doing. 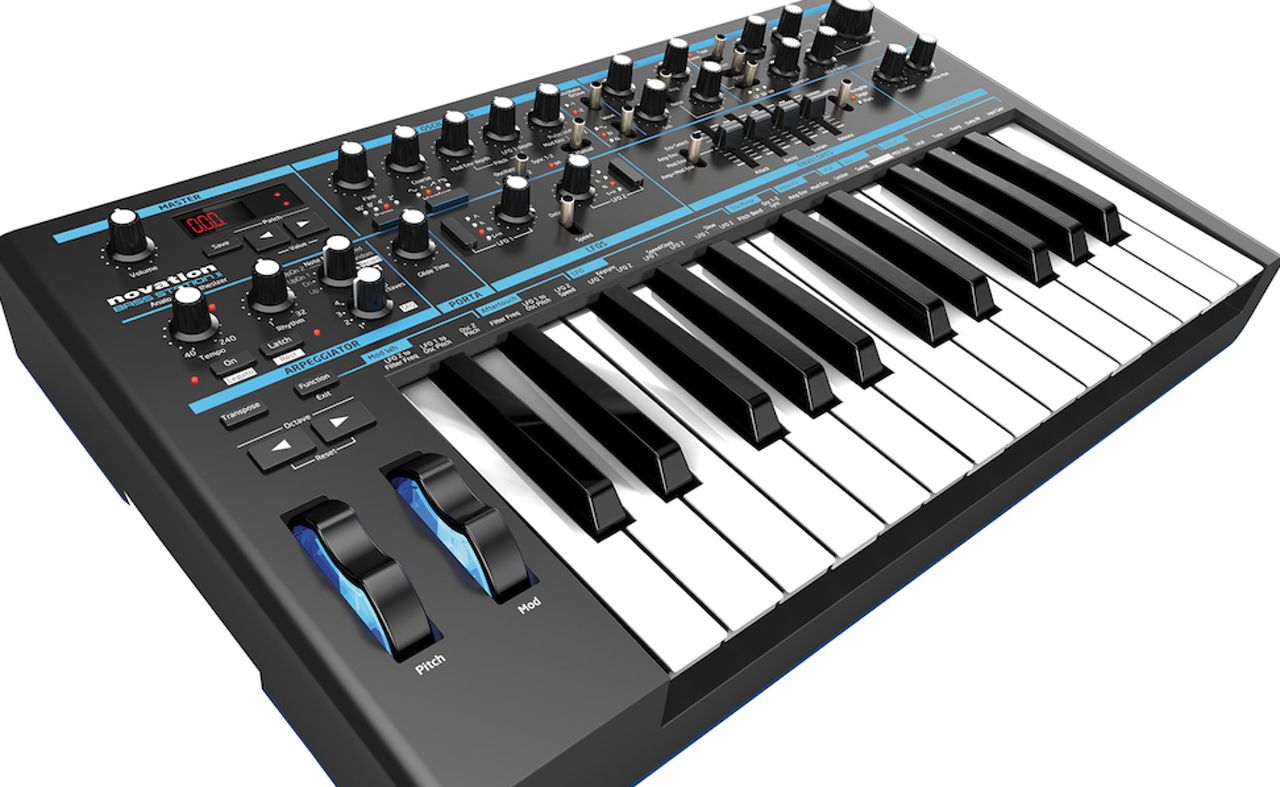 The Worst Person in the World. That movie had me on a rope from start to finish. I learned editing from making my own films, and am editing pretty much every day now, so I’m pretty familiar with how the sausage is made, and it’s always impressive to me when I watch a film like that and think: I have no idea how someone can make a film this good. I think I might have literally been drooling during the 'drumming' scene.

I also just watched Everything Everywhere All at Once last week, and I don’t think there is a more consummately creative force than the directing duo Daniels. They brandish their creativity like a sledge hammer and bludgeon you over the head with it for a couple hours, starting with dick jokes and somehow end up tugging at the thread of what it means to be a human. It’s pretty fantastic. 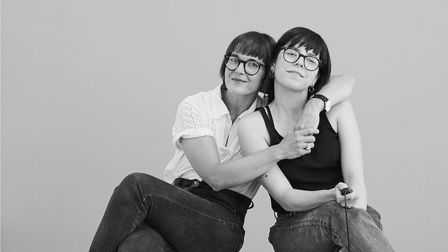 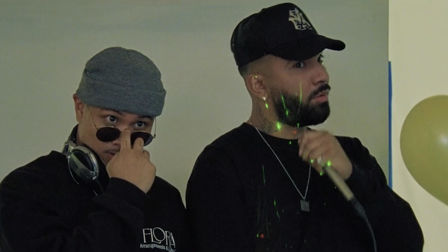 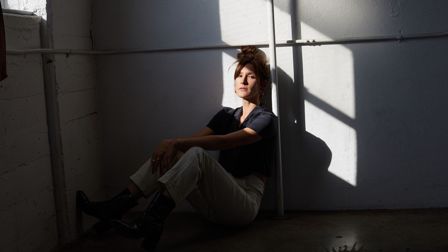 I guess the film that I tell people to watch the most is Take Shelter. I’m always surprised how many people haven’t seen it. It’s Michael Shannon and Jessica Chastain at their best, expertly directed by Jeff Nichols, after his debut with Michael Shannon called Shotgun Stories, which is also fantastic. Michael Shannon plays a guy who is either experiencing early stages of paranoid schizophrenia or is having legitimate apocalyptic visions and, as the viewer, you’re not quite sure which it is or, even better, which one you want it to be. It’s so so good, about as close to a perfect movie as it gets for me. Instagram. It’s the best platform for me to stay up to date on who’s doing what so I can check out new stuff as it’s coming out. I’ve successfully avoided TikTok so far, Instagram is addictive enough, I don’t need that primo infinite scroll.

When it’s on, Succession. The writing and performances on that show are so good. I just got through season one of Severance and I was obsessed. Everything about it is such good storytelling and filmmaking. I love when a show sets up the rules of its universe then abides by them, but also milks the opportunities those rules present for all they’re worth; it’s really smart about doing just that. And now I’m just dying for season two. I listen to The Daily and The Journal pretty much every morning, but I’m a big true crime guy with podcasts. So, I really like My Favorite Murder and Last Podcast on the Left.

I haven’t been to one in a while, Covid really sucked the shows out of NYC. I guess the last one I went to was at the Museum of the Moving Image, when they had the Kubrick exhibit. It was really well done and super-detailed. They had all of the correspondence between Kubrick and the producers in the making of Space Odyssey and it was so much fun reading his words - they just showed how intelligent and deliberate he was - nothing was a happy accident in his films, absolutely everything was preordained and planned for perfect execution. It just demonstrated how even arguably the best filmmaker to ever live wasn’t ever resting on his laurels, he put the effort in time and time again to ensure the films stood up to his standards. 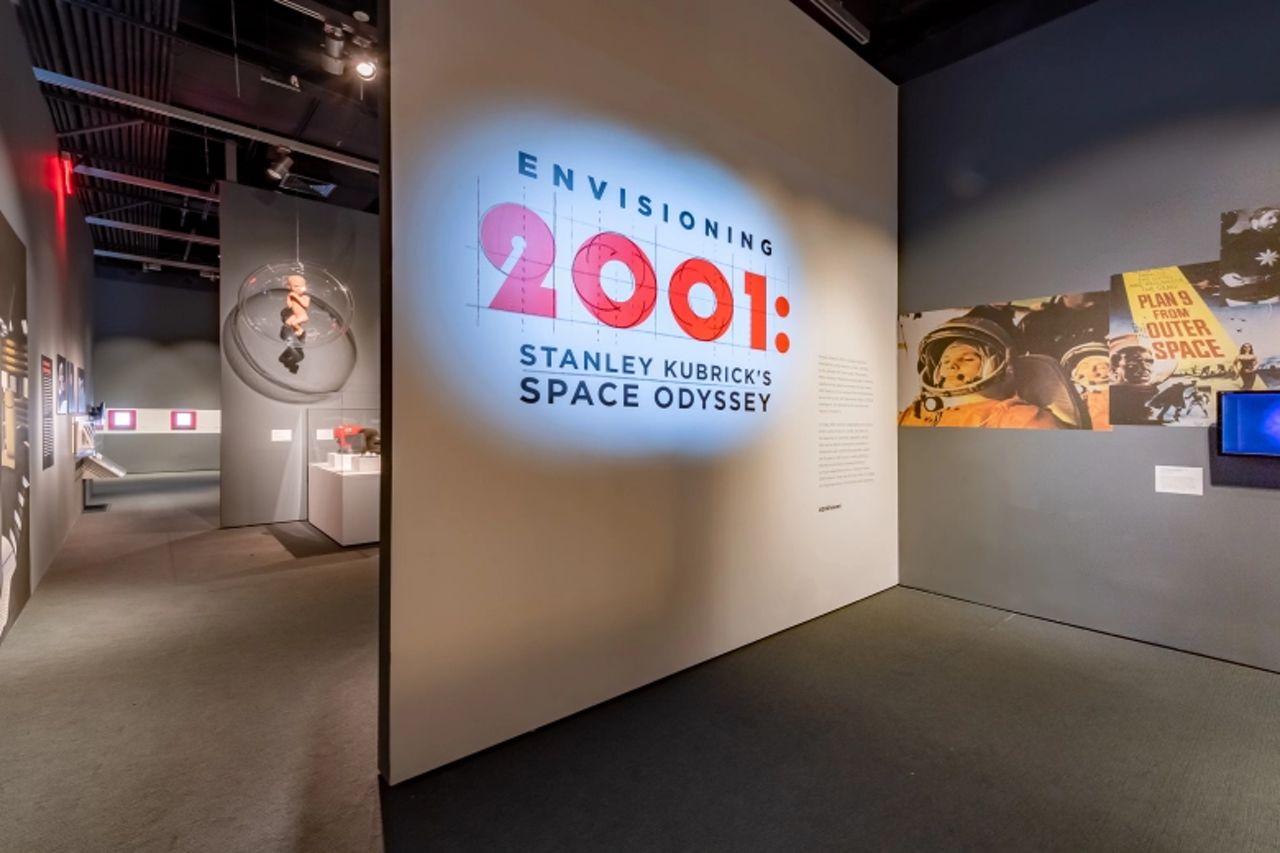 If you could only listen to one music artist from now on, who would it be?

Such a mean question. Maybe Radiohead? That’s what I default to for my favourite band, and every time I circle back to their oeuvre in different stages of my life, I find myself changing my mind on my favourite album. So, maybe I could just keep that going for the next 50 years (it’s currently Kid A if anyone wants to argue about it).

I can’t speak for the advertising industry in general but, certainly in post production, it would be nice to see better representation of women and BIPOC in editing positions. Back in old Hollywood days, editing was almost always a female position and somewhere down the line the pendulum swung the other direction. I was listening to a podcast where Tarantino was talking about his relationship with Suzy Menkes, and he said there was a real maternal warmth to what she offered him, particularly as an inexperienced director, it always felt like coming home. Probably no one has or will ever say that about me.

I guess I became interested in editing in high school when I got into Guy Ritchie with how cool Lock, Stock, and Two Smoking Barrels felt. The music, the seamless transitions, how all of those decisions contributed into what made it 'cool'. Then I learned about Godard and Breathless in film school and thought I would hate the idea of non-continuity editing, then was like, “oh this is cool too!”. It opened my eyes to the fact that there's never just one right way of doing things with editing. I guess those are both pretty film bro answers, so I’ll just stick with; I just love movies and storytelling. It’s nice to be able to tell stories every day. 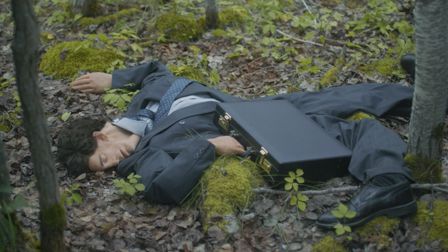 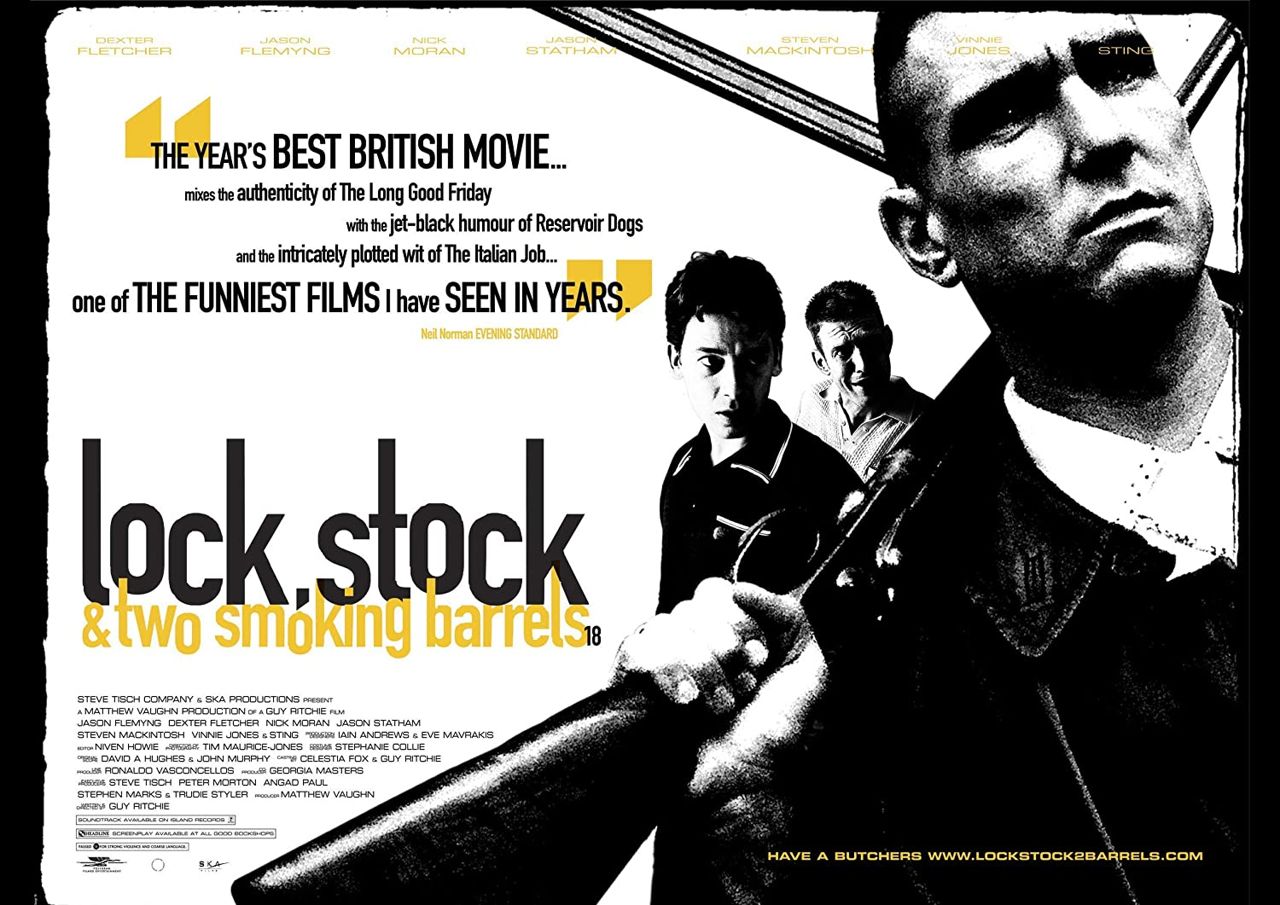 I have two almost identical scars over either eyebrow from separate water sport accidents. I think it’s way cooler than most people do. 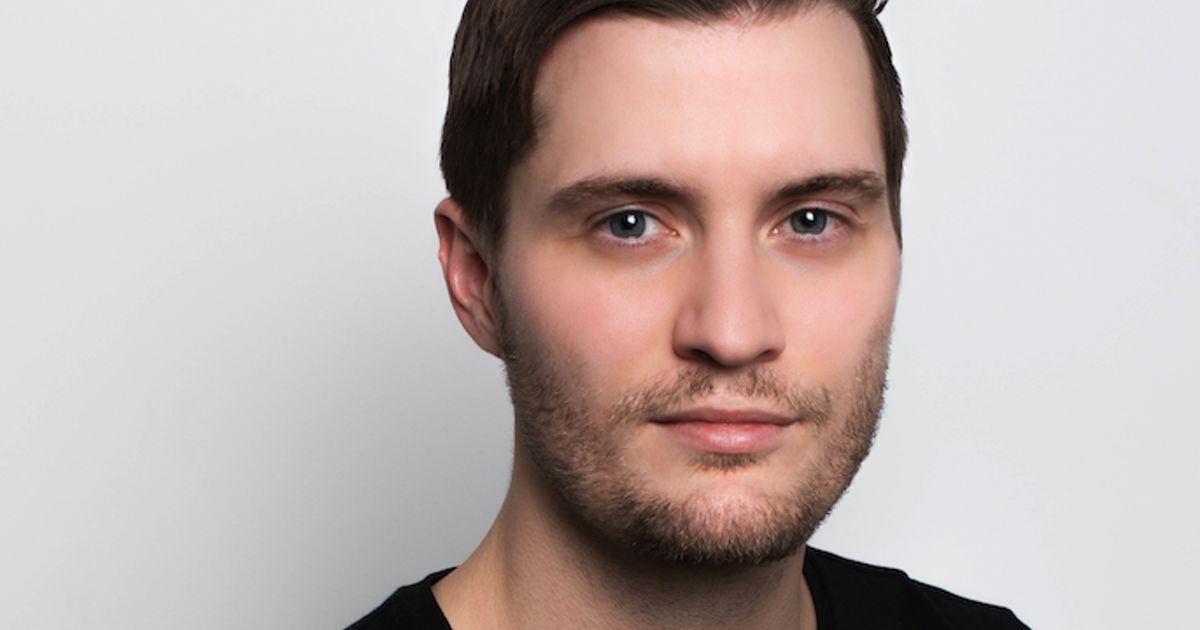 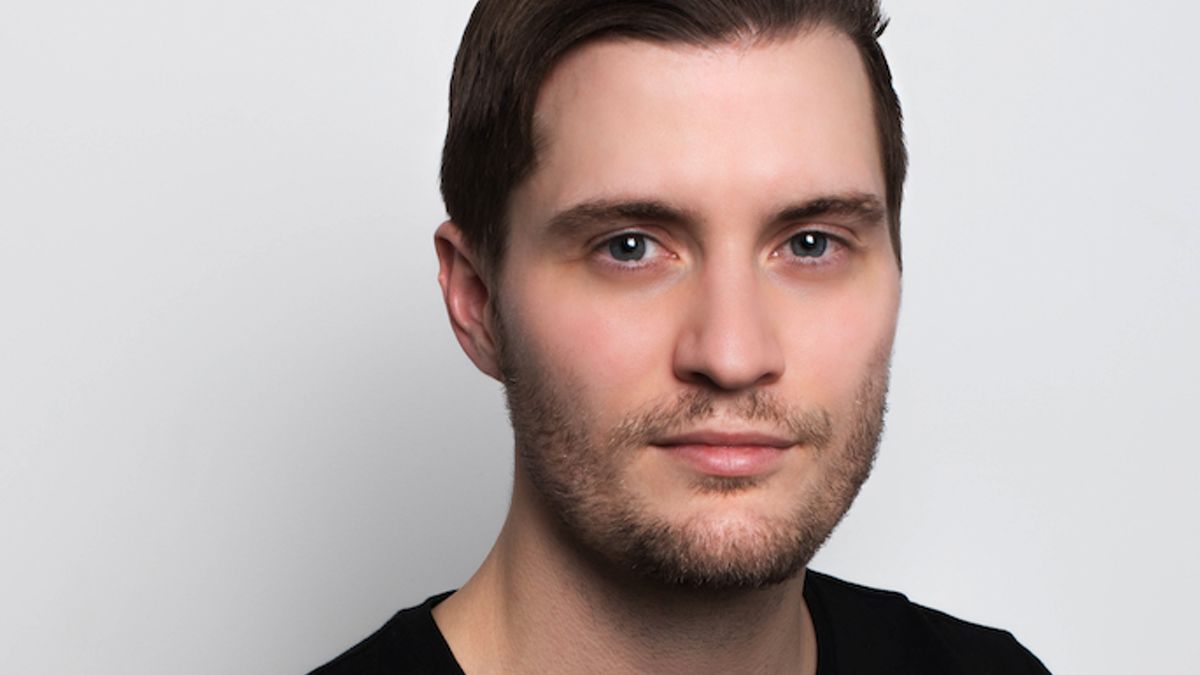