Spooky season is upon us and brands are dusting off their monster costumes to attempt to mix sales with scares. However, with their Halloween effort Don't Run Out, Uber Eats managed to not only tie in genuine consumer benefits, but also give audiences a proper short-form haunted house thrill ride. We chatted to Great Guns USA director Dan Trachtenberg to find out how he did it.

How did you get involved in the project? What was the brief and why were you drawn to it?

I've been mainly doing features and tv pilots for almost 10 years now, but occasionally something super cool will catch my eye; whether it's doing an animated video game cinematic, or, in this case, a fun little horror movie. What draws me in is uniqueness and challenge.

Can it feel like a movie in only three minutes? Can it be scary when the main ingredient in suspense and frights is TIME? Can it still advertise?

I love a good challenge. And the agency cooked up what I felt was a genuinely good Halloween horror premise that gave room for us to create some of our own iconic imagery, not just chase that which is pre-existing.

What were the early stages of development? What needed to get locked in first?

The first thing we needed to develop was that which needed the most time to create - our masks: the three 'Candy Snatcher' masks and then our final monster, the Noface mask.

The agency cooked up what I felt was a genuinely good Halloween horror premise that gave room for us to create some of our own iconic imagery.

Thankfully I had just worked with the award-winning Alec Gillis on our movie PREY (where he created our new Predator creature and its arsenal) so we had a shorthand and both quickly got excited about homaging an early Dick Smith (make-up artist pioneer/legend) design and then we were off to the races.

The film is full of authentic touches, from the production design to the sound effects, even the font used. How important was it to nail that and how did you achieve it?

Sound is so critical in making something in this genre. The team worked hard to make sure every creaky floorboard and child like giggle was pronounced. Often times we use sound as an actual VISUAL misdirect, creating expectations to see something that isn't there so that we can effectively jolt or surprise when you least (or even MOST) expect it. 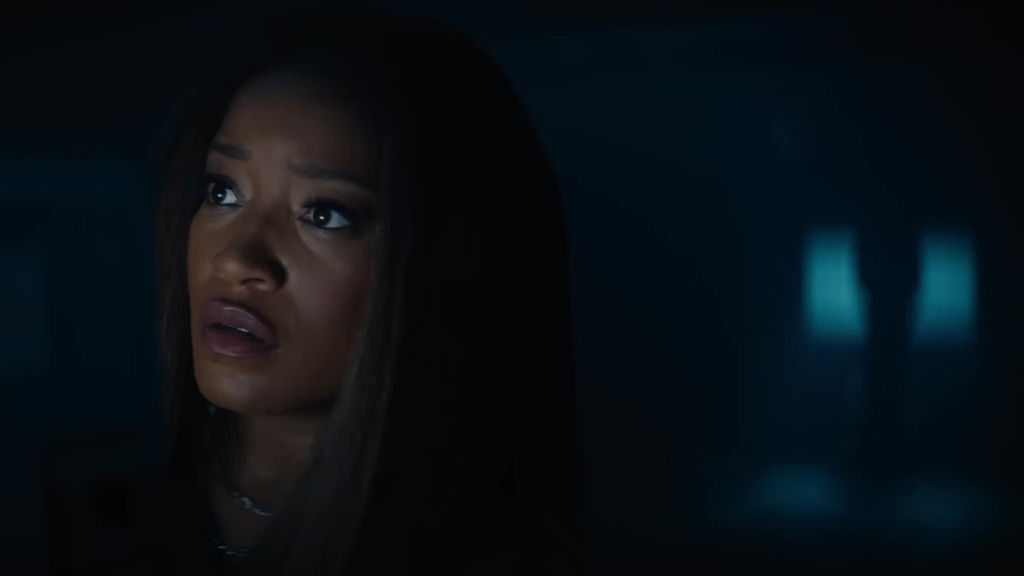 How did you build your cast?

Once we knew we had Keke, we had to make sure that this felt like an authentic group of friends. Because there was so little time for exposition, it had to be felt through the casting itself, and their performances, that this was a friend group too old and almost too cool for Halloween...almost.

I did a lot of improv during the casting process just to encourage a more natural approach, despite on the day sticking fairly closely to the script.

Although Keke's final line of the movie was all her.

Can you tell us about the shoot? How long was it and were there any issues to overcome?

It was a two-day shoot and a six-page script-- but not six pages of dialogue that one could sweep through with traditional coverage. No, six pages filled with suspense and horror gags, non-verbal moments that take a lot of very specific coverage.

One beat, in particular, proved to be quite the head-scratcher. Tyler Ritter's character wakes up on the ground, and notices his glasses an arm's length away just before getting bashed in the face with a bag by our Pumpkin Mask 'snatcher'.

It was a two-day shoot and a six-page script [...] filled with suspense and horror gags, non-verbal moments that take a lot of very specific coverage.

I had something very specific in mind with shooting through the glasses to reveal that the red wave coming toward the lens wasn't blood, but actually candy.  Despite having a low-angle prism, we just couldn't get the camera angle low enough to get what we needed.  If we were a film this would have been a set with a raised floor, but we had only an hour or so to shoot this one beat.

So, thanks to DP Jeff Cutter and PD Noel McCarthy, we built a ramp out of some spare floor pieces to place our glasses on. In the shallow depth of field, with the loss of perspective, it looks like the glasses are on the same plane as Tyler and the shot works!

The film had the added complication of having to include promo codes throughout. How were those planned and what's the cheekiest one you snuck in?

One of my favorite parts of this ad was fully baking in these promo codes to feel like they are just authentic parts of the production design.

Perhaps the cheekiest one is the magnets on the fridge spelling out "Help mee". 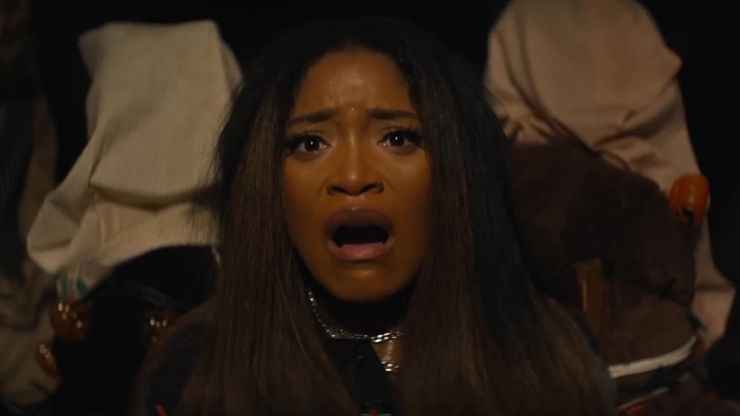 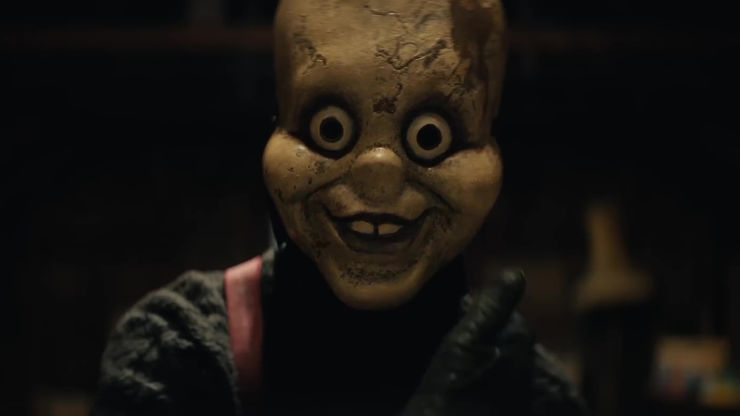 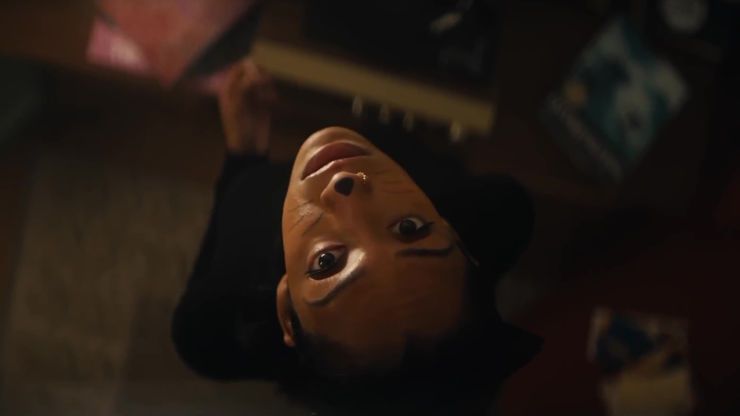 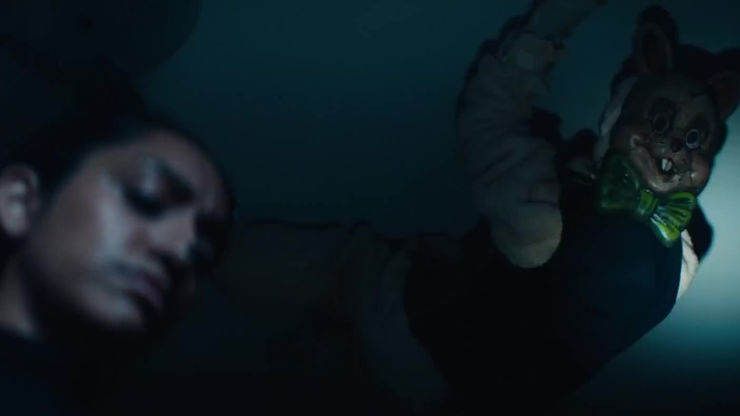 Likewise, what was your favourite horror reference in the film?

A Nightmare On Elm Street had a massive influence on me growing up. It's a profound movie on top of being a very scary one.

So our rhyme fills me with pride.

The film, despite the knowingly schlocky concept and Scooby Doo ending, manages to be genuinely creepy. How did you balance the line between fun and frights?

The fun is in the build-up and the cathartic release of the tension.

A Nightmare On Elm Street had a massive influence on me growing up.

The frights need time to build and then there's always something unsettling about seeing an expression frozen or some unnatural movement; embracing the uncanny valley of it all.

Well, I should say the shower from The Karate Kid, because wearing it is how I met my wife.

But this Halloween it may have to be a vintage pumpkin mask I may or may not have noticed accidentally drop off the prop truck ;) 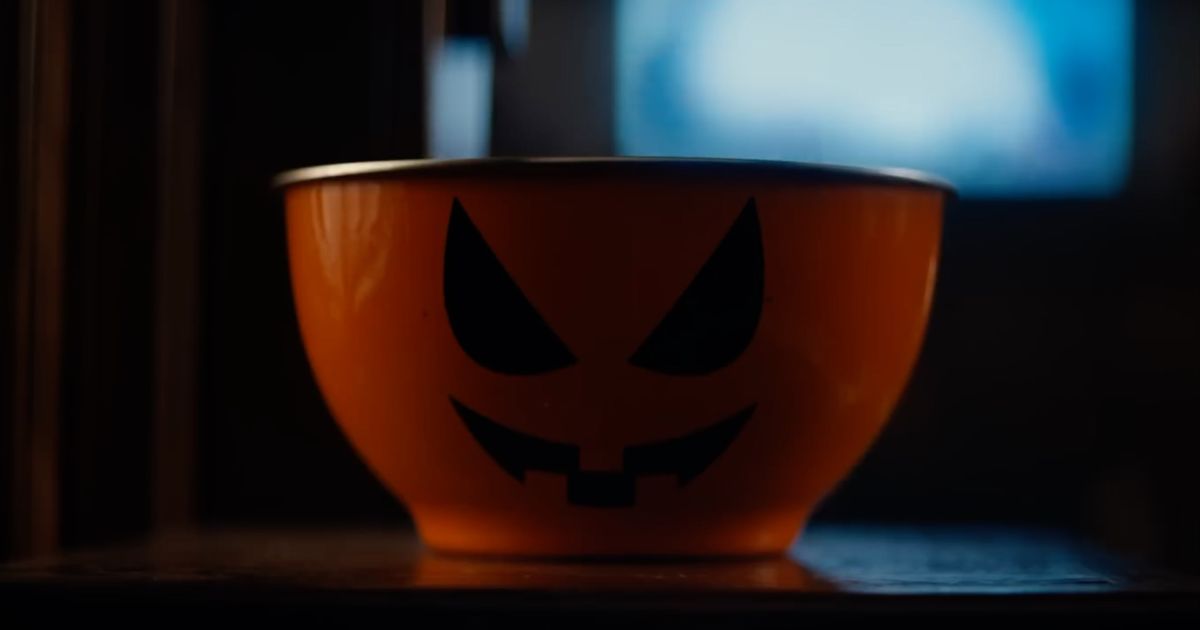 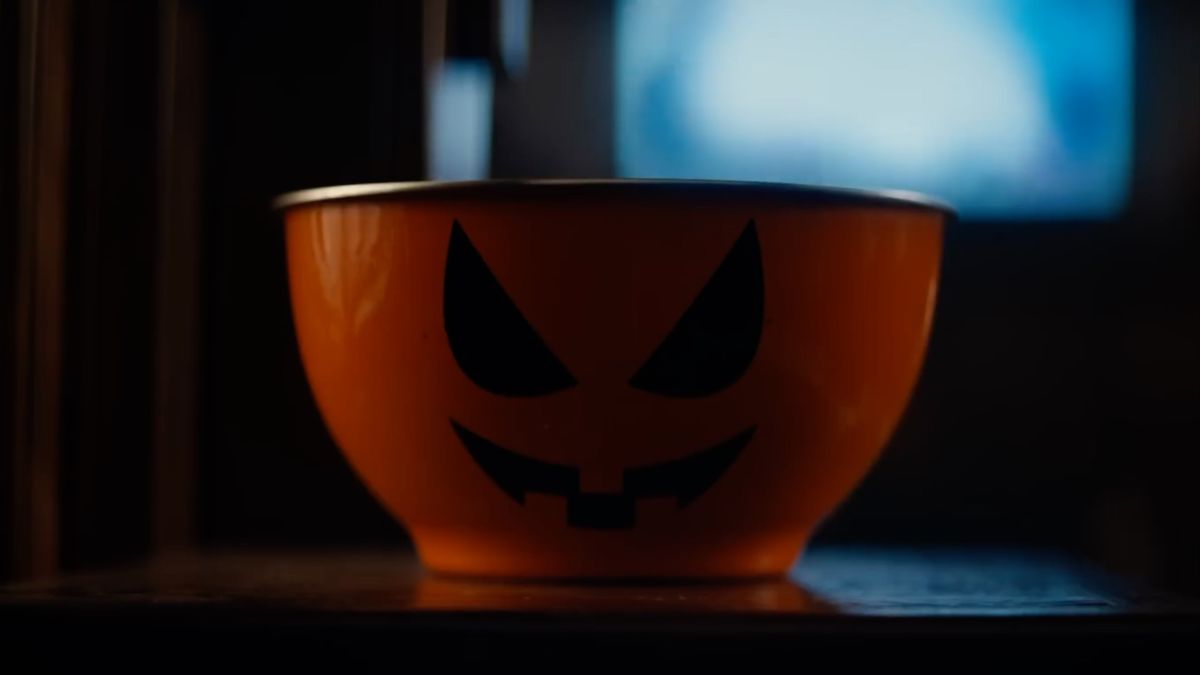