Taking on the challenge to both direct and act in thirty spots for Google, Fred Armisen recounts an average day working on a socially-distant set and how restrictions are the mother of a swift production...which might explain how he got all the spots done in just six days.

While production has hesitatingly resumed in LA, Fred Armisen seems to work in defiance of restriction. Not in defiance of safety, but by pushing the boundaries of what people think is possible in a quarantine shoot. In six days Fred directed and acted in 30 spots for Google, featuring six different characters, working with digital tools, a limited crew, and taking on the challenge of simply trusting himself. We sat down and spoke with the new Radical Media director, getting the insider's view of the current production scene.

Even though it was a huge project for Google, it felt like an independent shoot. We had to go back to basics.

His day starts early; he gets up early to take the long commute to set, eschewing a driver in favor of taking himself to set. It’s both a safety precaution and helps him concentrate on the day ahead. “Usually,” Fred says, “doing an advertisement is, for me, a much more laid-back experience. But now I’m so energized by being able to do any work at all.”

With so few opportunities to shoot in person, everyone is enthusiastic. Which is necessary, because in order to comply with shooting restrictions they had to fit as much work as possible into each day. Fred recalls that at first, he wanted to separate the shooting out, make it a little more manageable. But between the budget and COVID restrictions they couldn’t make it work. In the end, he said, being told no is a good thing. Constraints make you more creative, make you more intense, and for this project, the entire team was honed to a point.

“I felt like an astronaut,” he says, “like I was separate away from everyone, but still talking to ground control. It was a lot of watching, waiting, and then moving on.

The whole project was governed by rules, which made it easier to work within. There wasn’t time for rewrites or riffing or improvisation. As an actor, he had to go in, perform, and trust that the Director of Photography and his production team knew what they wanted from the shoot. The entire thing was very different, from doing his own makeup to taking a questionnaire and getting his temperature checked every morning. With only four people allowed in the house (and only three people on-set) at any given time, the workday became an exercise in trust.

“Even though it was a huge project for Google, it felt like an independent shoot,” Fred says. “We had to go back to basics.” He went in and the cameras were already set up. Only the DP and the cameraman were the room with him, and they were a father-son team, to minimize the threat of exposure. There was minimal worry about the version of the take, the ‘let’s try a different angle’ requests were limited. Restrictions became the mother of a swift shoot, and through muffled repetitions, the most direction that Fred recalls receiving was along the lines of ‘do it again, but face left.’

In the end, he said, being told no is a good thing. Constraints make you more creative, make you more intense, and for this project, the entire team was honed to a point.

“Not to mention,” he says, “when you can’t see the DP’s mouth, it’s hard to judge their expression. It required a lot of communication and checking in.”

I ask how that felt - being removed from the intimacy of an in-the-moment, honest reaction.

“I felt like an astronaut,” he says, “like I was separate away from everyone, but still talking to ground control. It was a lot of watching, waiting, and then moving on.” He mentions, wryly, that he didn’t have time to get philosophical about the jokes. He had to trust that they would land. The restrictions were difficult, but when things are too easy you get lazy - you think about lunch, the end of the day, the craft table. “I liked doing these pieces because this was a difficult shoot.”

The process was distilled down to accepting the decisions that were made. From the client to the actor, everyone just had to be okay with what was done.

Fred worked with the writer to came up with some of the ideas, revealing that most of the improvisation happened in the writer’s room. “Improv is weird,” Fred says. Sometimes when you’re working, improv sounds like improv, and the only way to know if it lands is if someone laughs. But for Google...there was no crew.

“Surprise will always bring a new language for comedy.”

As both director and actor, Fred realized early on that there was no time to go through every take and review it. He had to trust himself. It wasn’t ideal, he says, shrugging, he’d prefer to do one thing, to just direct or just act, to give himself that focus. Restrictions, again, meant that he had to trust the people around him. He says that he tried not to be too funny, to keep the moment, in the moment. It sounds counterintuitive, but doing too much with what he was given would have taken the project out of scope.

When asked about the new comedic advertising landscape, Fred says that he’s always looking to be surprised. It usually starts with something underground and indie, a small director or new comic riff. He recalls the unique editing style of Tim and Eric Awesome Show, Great Job! It has such a distinct way of capturing characters and a moment that it redefined that facet of comedy. When that style carried over into commercials, that’s when Fred knew that Tim and Eric had established a new visual library for creators to use. “Surprise,” he says, “will always bring a new language for comedy.”

The process was distilled down to accepting the decisions that were made. From the client to the actor, everyone just had to be okay with what was done.

Fred is credited as a writer on the pilot of Julio Torres’ Los Espookys, a Spanish-language comedy on HBO. There’s a lot of talk on the show about brands, but off-brand. When asked about how he would parody Google, Fred lights up. “I would make a riff about a local Google and just call it Googlecito- like the exact same company premise, but just for one town.”

With the pared-down production, immediacy of intent, and restricted film team, Googlecito seems the right term to use for this massive, 30-ad series, performed by only one person in a single room. 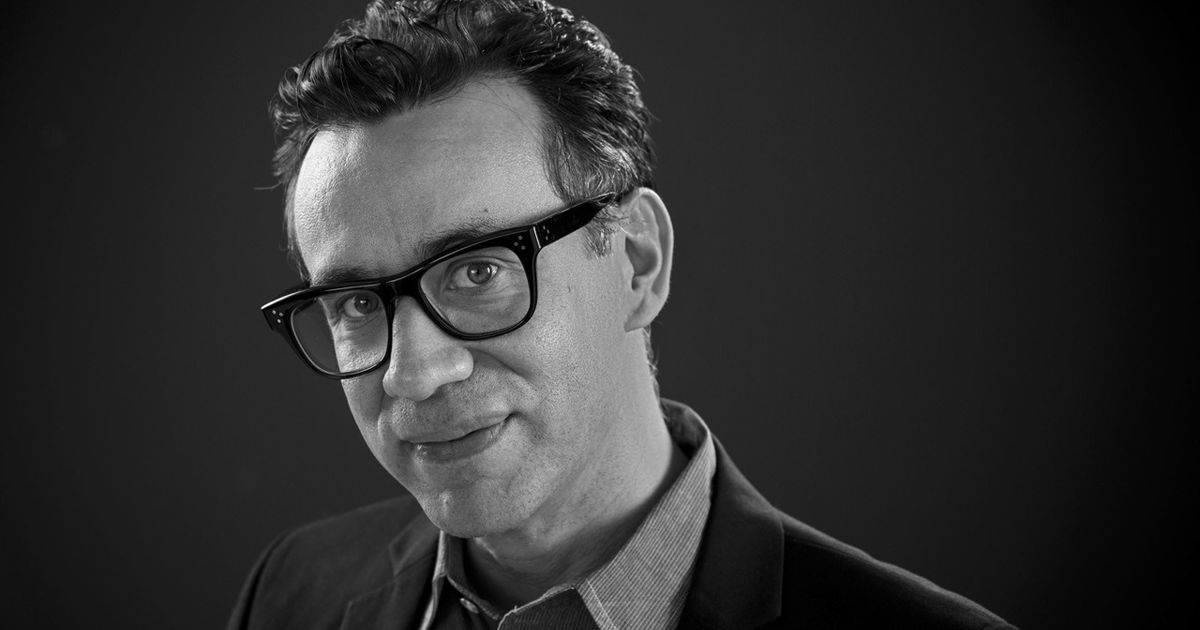