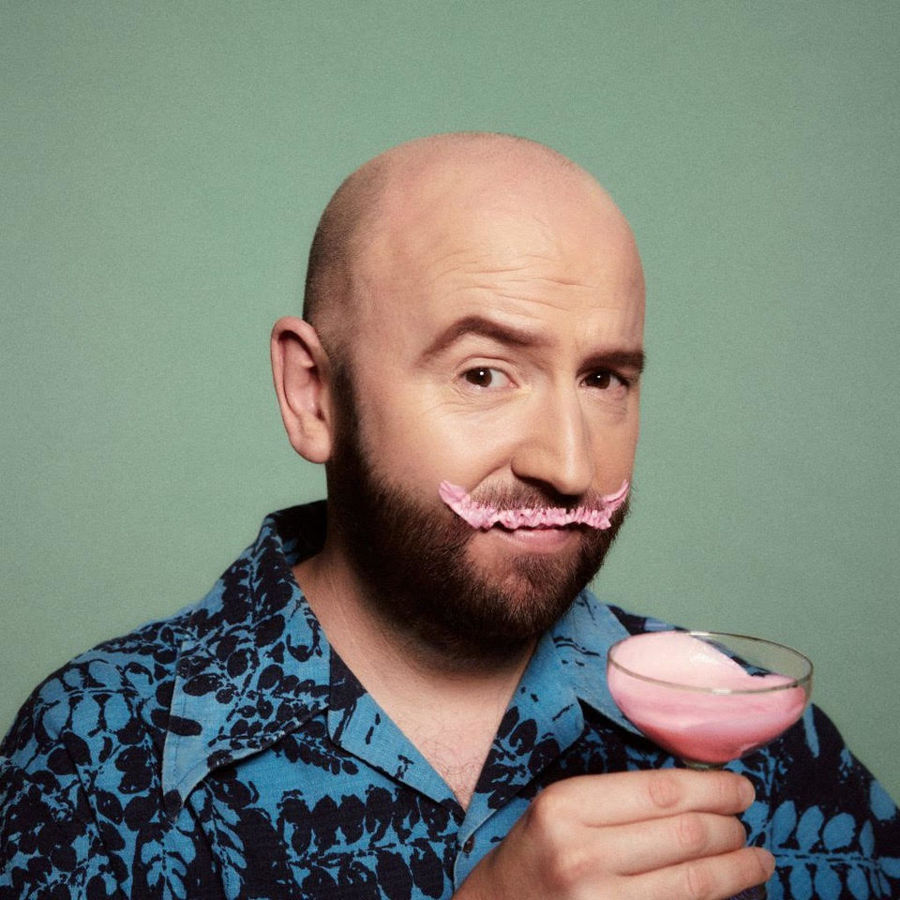 A Michelin-starred master of flavour

Cooking up culinary TV triumphs with Jamie and Nigella alongside a commercials reel sizzling with scrumptious spots for Lipton’s, Knorr, Asda and Laphraoig, Mike Matthews is no flash-in-the-pan success story. Selena Schleh meets a food and drink director who finds ‘delicious moments’ in everything from a stock cube to a boiled egg.

Ask any director to name their essential piece of kit and they’re likely to mention something highly technical: camera, wireless monitor, light meter. Not Mike Matthews.

The food and drink specialist’s secret weapon? A tampon.

“There’s nothing too scandalous about it,” Matthews laughs when asked to elaborate. “It’s just a really good device for generating steam. Sometimes you get your shepherd’s pie out of the oven and the steam is starting to lose its magic a bit. So, you soak a tampon in water, whack it in the microwave and hide it round the back of the food.”

In between finding ingenious alternative uses for sanitary products, Matthews, who’s repped by Fat Lemon in the UK and Reverse in the US, has spent more than 10 years carving out a reputation as a food and drink director. Sizzling, bubbling, crunching and oozing with tasty spots for Asda, Knorr, Lipton’s and Laphraoig, his reel is guaranteed to get you drooling like a St Bernard contemplating a steak. 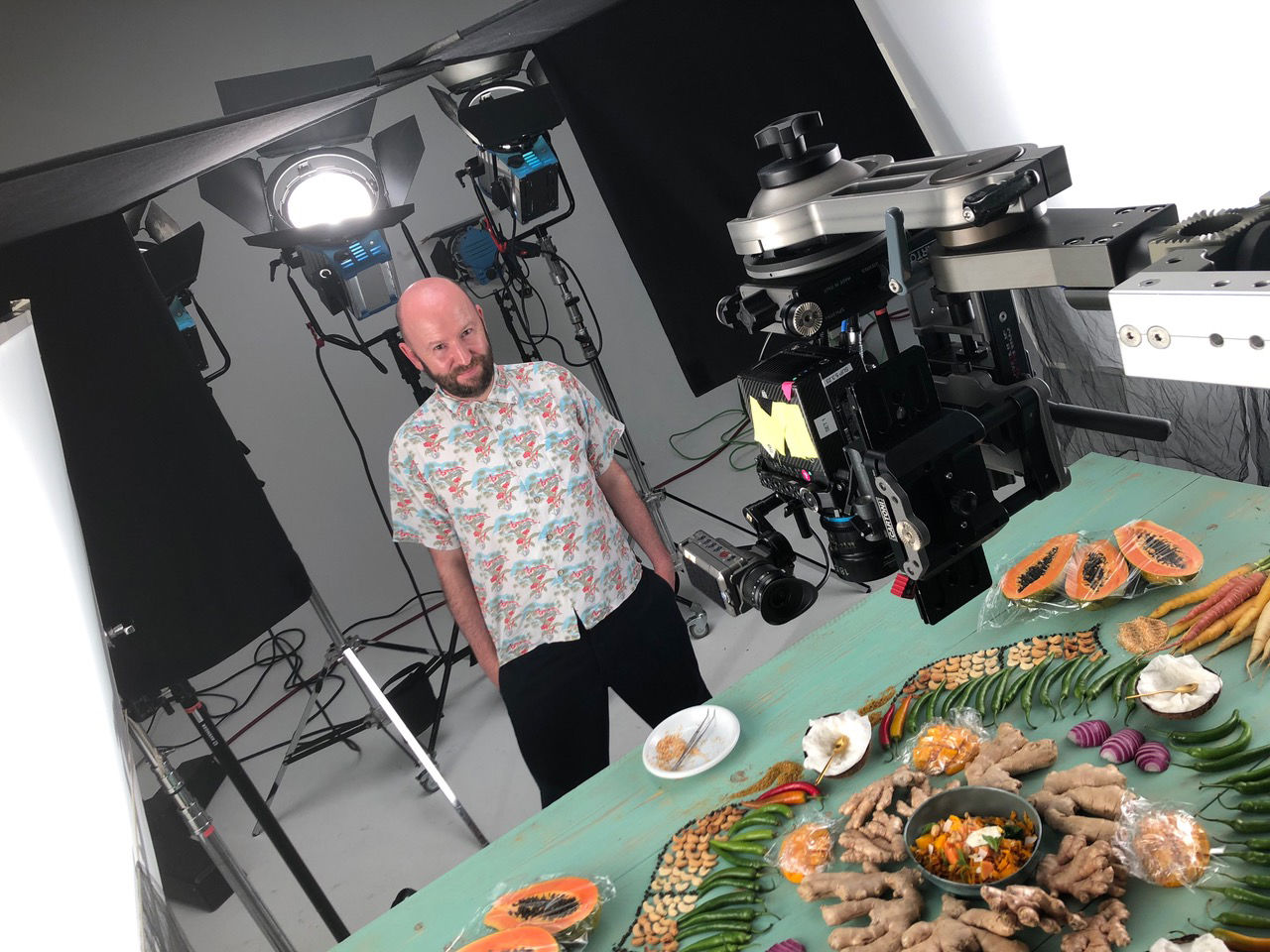 Above: Matthews in his element

Tampons aside, Matthews uses very few tricks of the trade to achieve a toothsome effect. “I don’t use tweezers to get that perfect little moment. I don’t do loads of CGI. I will give it a bit of love in post, but the action of food movement and food energy is done completely in-camera: I love it to feel as hot and sizzly and blippy and real as possible.”

That “what you see is what you get” approach stems from Matthews’ background in TV: prior to his commercials career, he was best known for feel-good shows such as Jamie’s Comfort Food and Nigella; Kitchen featuring authentic, home-cooked food that feeds the soul as well as the stomach.

A Midlander by birth (and proud of it), Matthews studied broadcast journalism and worked his way into directing via a long stint at the BBC, starting as a typist (“My 60wpm rate had nothing to do with my degree, but I loved being in TV production"), progressing to production manager, and then a researcher on a wide range of programmes. He landed his first directing job in 2001 on fashion makeover reality show What Not To Wear, which gave him the confidence to go freelance and take on a new food series, Neneh and Andi Dish It Up.

Although he admits he “had absolutely no idea about filming food – I just got a gang of people together and we shot what we thought was the right way to do it”, the show, which starred best mates Neneh Cherry and Andi Oliver doing “parties, food and fun” opened the door to higher-profile TV work. 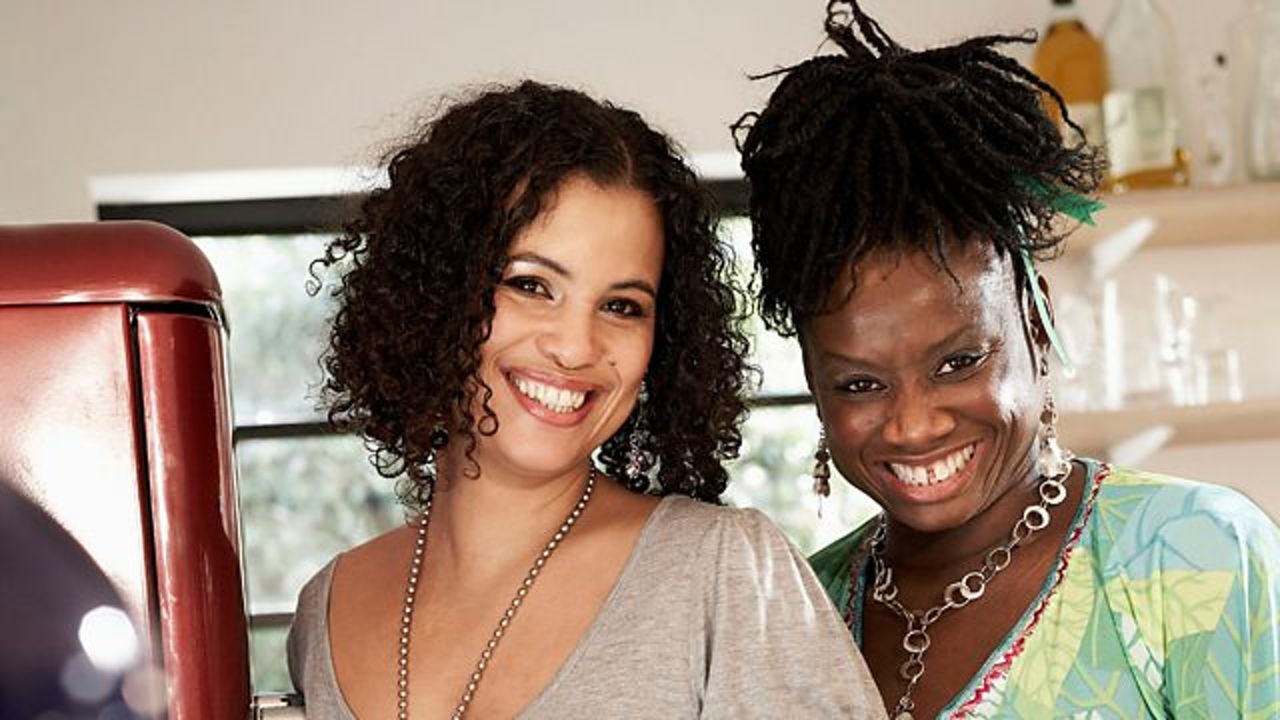 Above: Neneh Cherry and Andi Oliver from Neneh and Andi Dish It Up

I love shooting in a long-form way, where you keep the camera rolling and all those little outtakes end up in the edit.

Exchanging one national treasure for another, Matthews’ next series, Jamie’s Great Britain, saw him road-tripping round the UK with pukka Essex chef Jamie Oliver, exploring the origins of iconic British food. Matthews relished the fast-paced, fly-by-the-seat-of-your-pants style of direction: “It was really exciting – quite often we were making up the recipes the day before filming, based on the places we visited and the people we met. I love shooting in a long-form way, where you keep the camera rolling and all those little outtakes end up in the edit.” 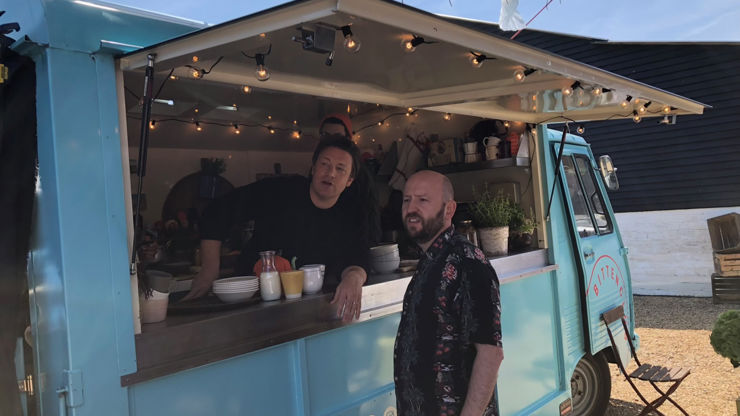 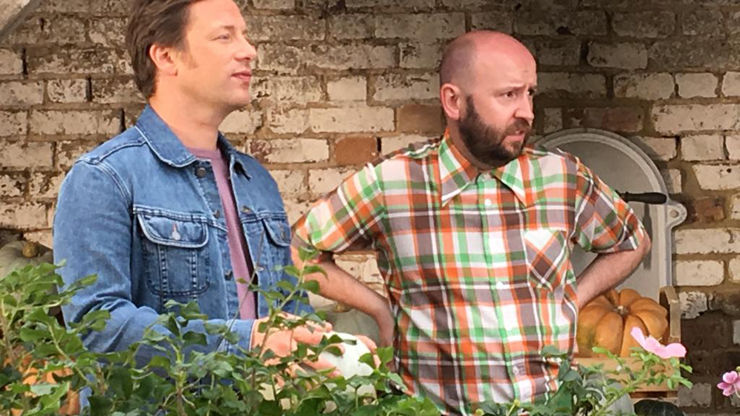 Above: Matthews and Jamie Oliver

As well as introducing the nation to Empire Chicken (a roast chicken in a curry – as delicious as it sounds), the show marked the start of a fruitful partnership with Oliver, and Matthews went on to make Jamie’s Comfort Food and Jamie’s Fifteen Minute Meals. He has nothing but praise for the former Naked Chef, whose restaurant empire collapsed into administration last year. “He’s a real collaborator, a real hard worker, an ideas generator. He’s just got this knack for making food look easy, and as a director, that’s just the dream.”

It’s not easy to break into advertising, because you’ve got to have done an advert to get an advert.

Up to this point, the advertising world wasn’t even a twinkle in Matthews’ eye: “I was just so busy, going from job to job.” That changed in 2014 with the launch of Oliver’s commercial production division, Fat Lemon. Matthews was brought on board the initial roster of directors. After a slow start (“It’s not easy to break into advertising, because you’ve got to have done an advert to get an advert”) he landed a campaign launch for Asda and the rest is history. As scripts continued to roll in, TV work was increasingly consigned to the back burner. By 2017, when Fat Lemon parted company from the Jamie Oliver Group in a management buy-out, Matthews’ commercials career was firmly established.

Since then, Matthews has cooked up a veritable banquet of campaigns, aided by a loyal team of DPs and food stylists from his TV days. A flick through his reel shows mastery of both the ‘macro’ foodie spot - think raspberry jam oozing lasciviously from a doughnut in Asda Fresh or the zingy energy of exploding herbs and spices in Lipton Tea Wellness Your Way - and also more emotionally-driven lifestyle films, where the people, the environment and the feeling that food generates is as important as the close-up shot of a sausage sizzling in a pan. 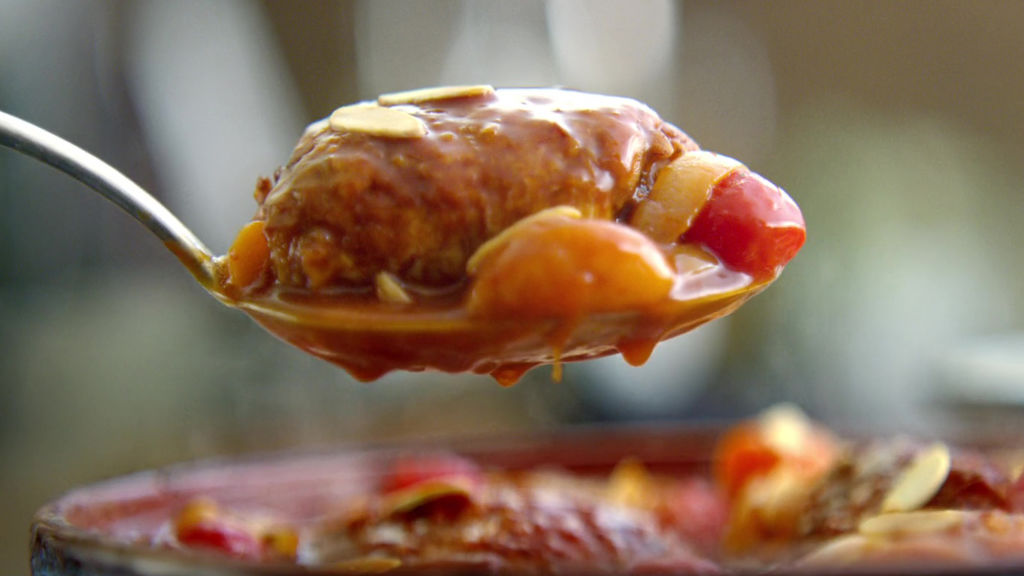 “What I try to do with my work is bring people, and live-action and food together,” explains Matthews. Take Knorr Rich Flavours – a stock pot isn’t the sexiest of products, but Matthew’s pacey montage of adventurous moments, from diving into a cenote to dancing in the kitchen, infuses the spot with a sense of adventure and discovery.

You’ve got to work harder to find those delicious moments.

It’s this knack of finding “life and purpose” in any food or beverage that motivates Matthews. “Having come from a background where you’re always given a food subject that looks good, in commercials, where you’re shooting a specific product that you can’t change in any way, trying to find a certain aesthetic can be challenging. You’ve got to work harder to find those delicious moments.”

Matthews’ ability to find ‘delicious moments’ was put to the ultimate test on a recent job for Rügenwalder Mühle, a German butcher-turned-purveyor of meat substitutes. “We were given the product, and it looked like a chicken fillet: beige, flat and not that appetising,” laughs Matthews. “Luckily, I had the opportunity to create a recipe around it, and only filmed it in its moments of glory, when it was looking nice and crispy. We used the actual product, but you see it at its best, so it looks really appetising and people can connect to it.” 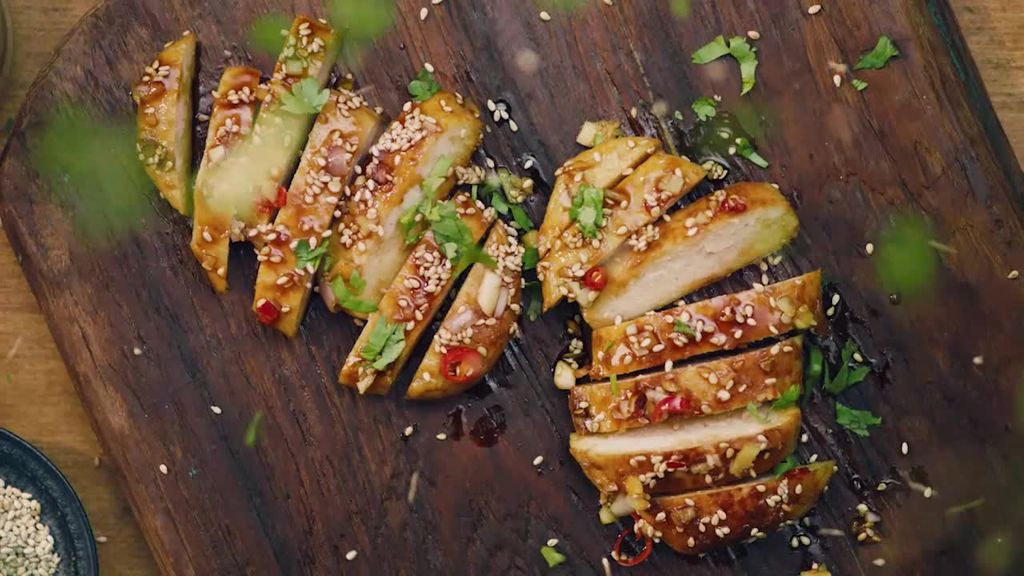 How people connect to a product is at the heart of his documentary-style spots for Laphroaig. To mark the whisky brand’s 200th anniversary, White Label gave Matthews “a really lovely brief”: a blind tasting where the tasters gave their verdict in a poetic way. “It didn’t matter whether they liked it or not, it was about how it made them feel,” explains Matthews (responses ranged from “sticking your head in a honeycomb” to “a Highland cow’s horn up your arse”).

It wasn’t about shots of golden-brown liquid in the glass: the liquid was just a device to get to people’s stories.

The follow-up campaign, Poets, evolved the concept to professional wordsmiths, who sampled the mystery drink and then came up with 50-word poems. Funny, cinematic and slightly odd, the spot is one of Matthews’ favourites. “It wasn’t about shots of golden-brown liquid in the glass: the liquid was just a device to get to people’s stories.” 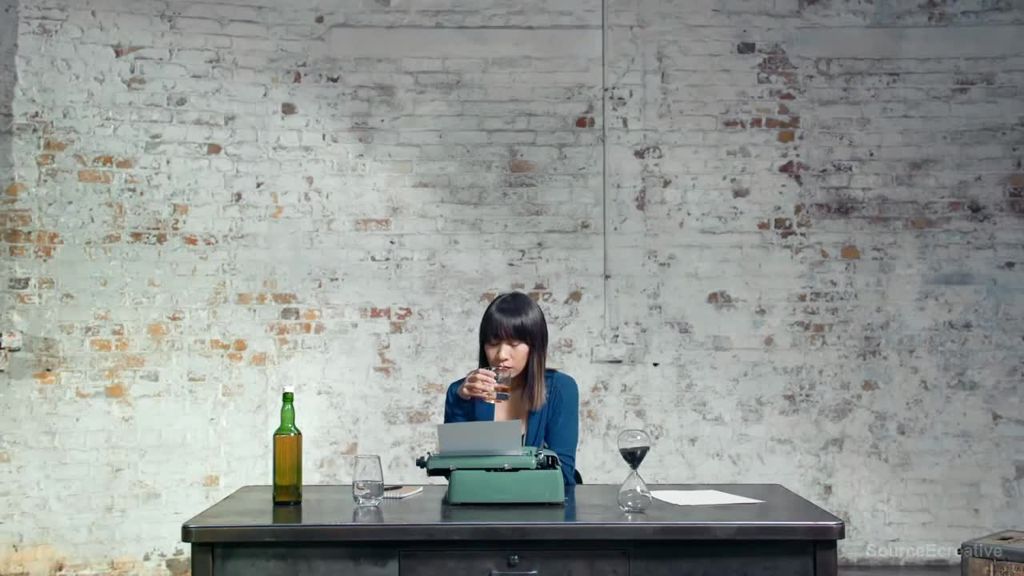 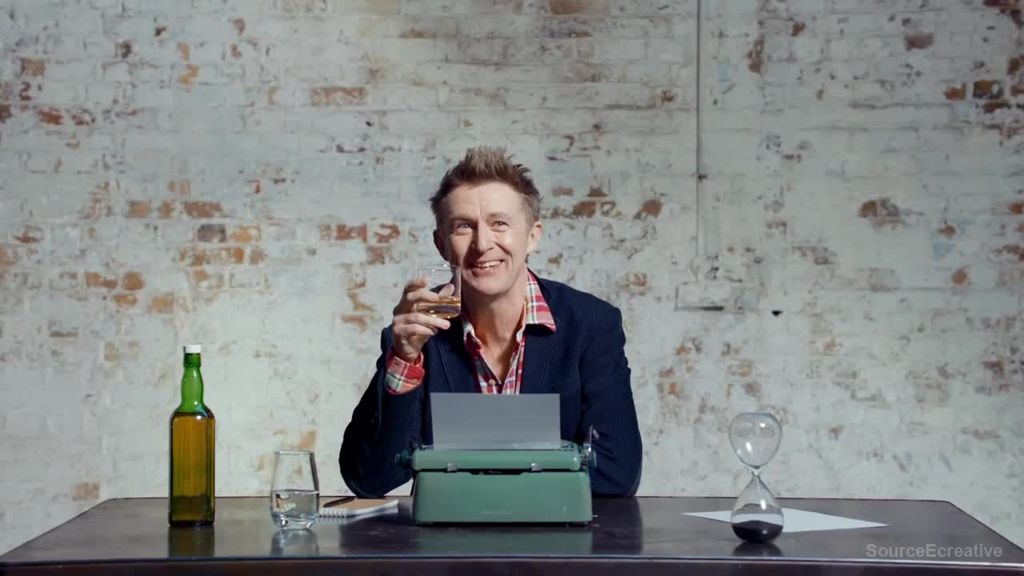 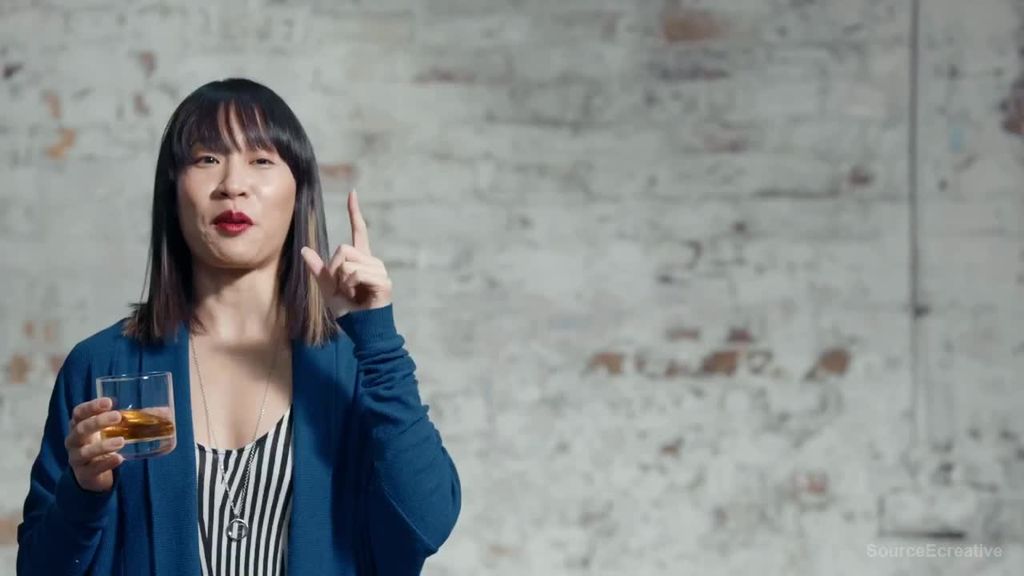 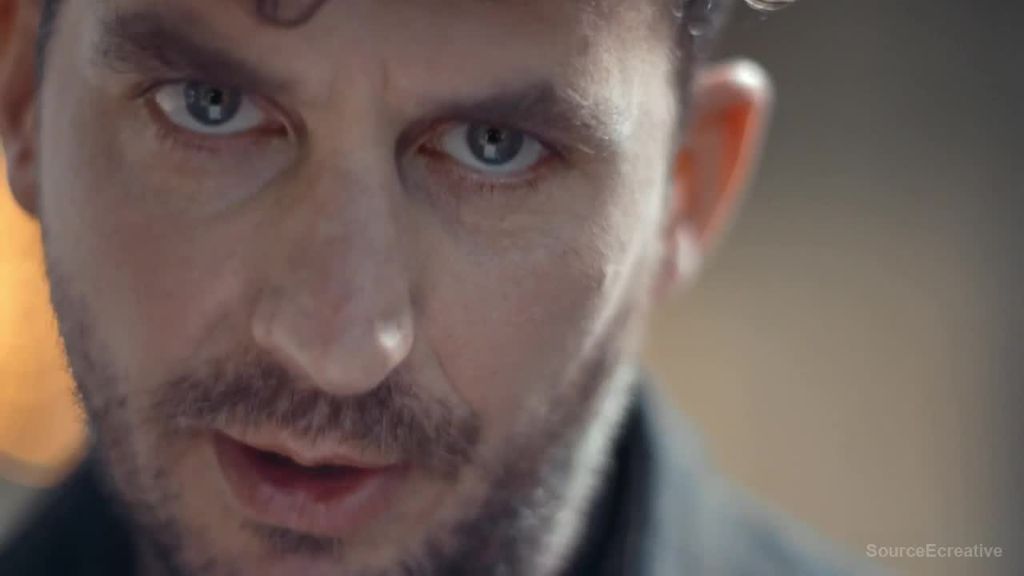 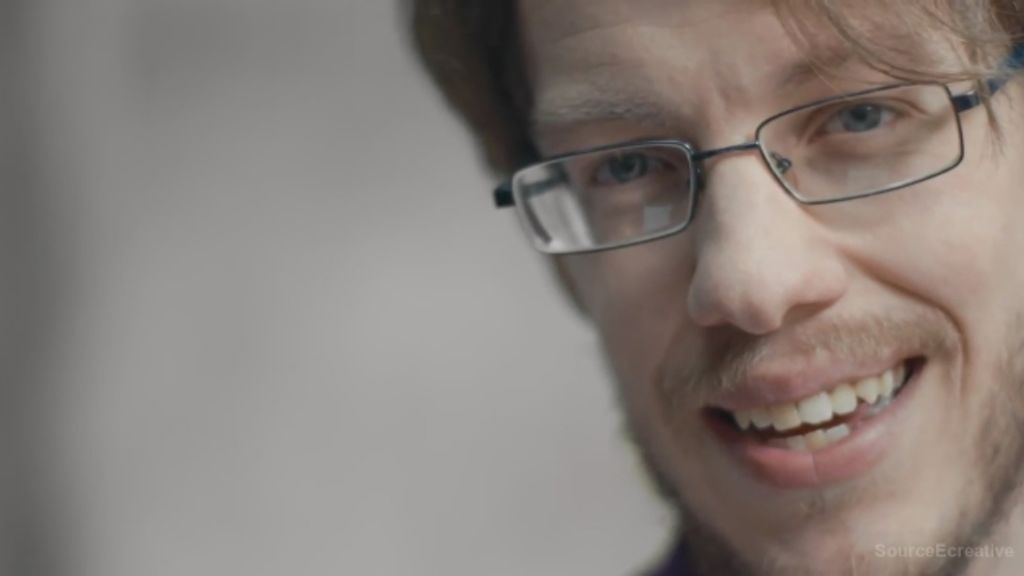 Recently signed to Reverse in the US, Matthews is excited about new opportunities across the pond, and is currently working on a personal project involving Mexican wrestlers “and a load of fancy cakes.” Off set – and fittingly for an F&B director – he’s a food obsessive: as the Singaporean joke goes, at breakfast, he’s already thinking about what to have for lunch.

He’s guilty of ‘gramming “everything that goes into [his] mouth” (@mikematthewsfilm) and has recently returned from a holiday to Japan “where I think I doubled my bodyweight in deep-fried street-food and ramen.” The best dish he ate there? A boiled egg. “There were these guys on the street corner selling boiled eggs and nothing else. Crack it open, add a little bit of salt. Really simple, but perfect.”

Tampons, boiled eggs, stock cubes and fake meat fillets - they might not be the most appetising of ingredients, but if anyone’s got the recipe for success, it’s Mike Matthews. 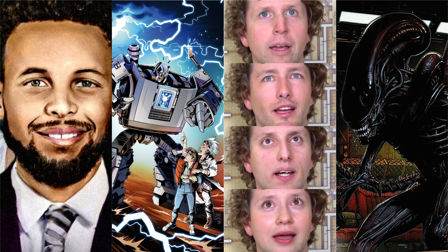 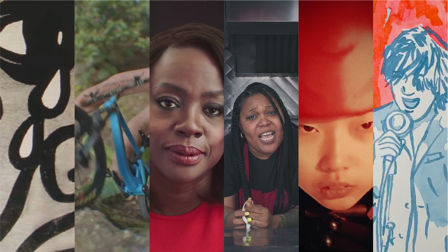 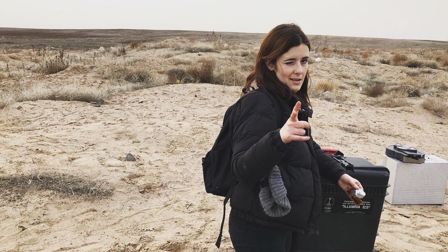 Studio Linguini director Nick Cinelli picked up a coveted Young Director Award last year for his animated short, A Bird With No Legs. He discusses the beauty of animation, the pros and cons of working within the school system, and how the YDA gave him a 'gust of confidence'. 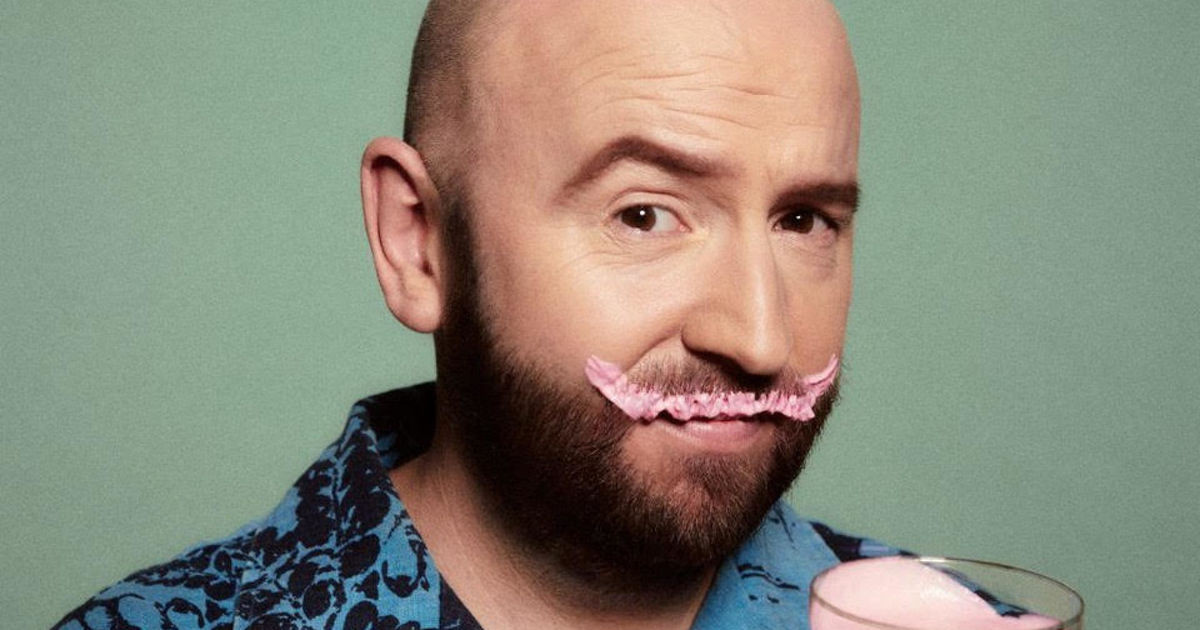 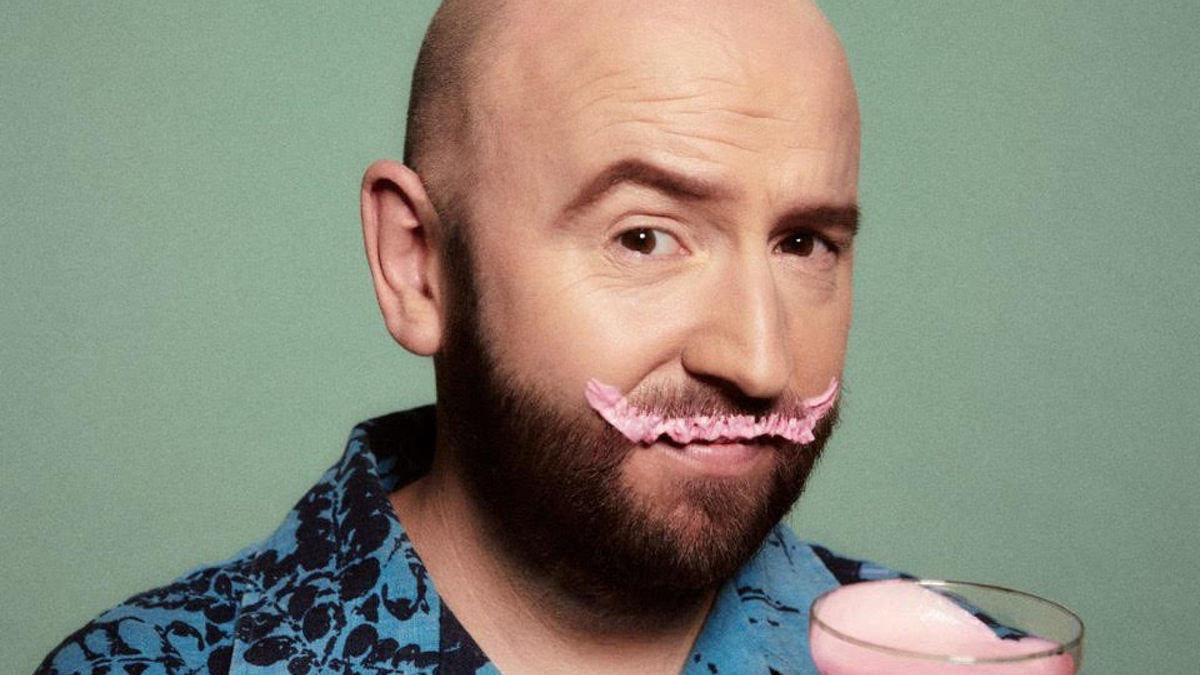