The Top 10 Reasons Why Lists are the Enemy of Creativity

Amy Kean, Starcom’s global head of strategic innovation, muses on meaningless rankings and pointless listicles, suggesting the ad industry should get over itself and curb its competitiveness.

by Amy Kean on 19th June 2018
This article was created before we re-designed shots – it may look a little strange or not have the same features as new articles. If you see something particularly wacky, please let us know on shots@extremereach.com
Share

One of my top ten peeves is unnecessary competitiveness. Perhaps a peculiar statement having written this piece for the issue of shots dedicated to an awards event, but I believe we must remind ourselves often that accolades aren’t the only reason to make things.

Unnecessary competitiveness is the enemy of a creative industry. It encourages ruthlessness, bad behaviour, shortcuts, one-upmanship and pushes people to chase the new to be the first, rather than focus on perfecting the existing. Unnecessary competitiveness is driven by ego, not craft, and is the reason Cain murdered his brother Abel in The Book of Genesis. Yeah, that shit got dark real early on.

“A frustration, however, was that no one’s gone meta and created a list of the best lists which would have helped me immensely.”

Awards initiatives like Cannes Lions are a mainstay of marketing. For many they’re considered an unattainable achievement, for a brilliant few they’re a career-defining moment in the same way winning a BAFTA or Ivor Novello would be in other creative industries. I don’t disagree that the awarded work is of the highest calibre and should be celebrated as such.

Burger King grabbing the ‘most creative marketer’ title at last year’s awards reminded us of their tireless originality and imaginative excellence. Back in the day, I’ll never forget the twisted genius of releasing a fake meat-scented aftershave fronted by Piers Morgan. Burger King was a worthy 2017 winner with an impressive advertising portfolio dating back to the 1960s. Burger King love awards, but they bloody earn them, too: the bravery of the McWhopper being a case in point. Hard work and mass appeal. Unquestionable, and rare. So that’s good. But in our collective quest for recognition over the last few years, outside of our industry’s Oscars, a whole bundle of new micro-initiatives have appeared that fuel the ego and create an arguably unhelpful distraction. I’m talking about lists. Lists have now overtaken awards as the number two thing marketing professionals most obsess over (the number one being job titles). “No one in advertising wants to be outspoken or offend anyone these days because they all want to be on a bloody list,” an anonymous CEO said to me recently (anonymous in this piece, I mean, he/she doesn’t live his/her life anonymously, that would be weird and probably quite restrictive).

"Unnecessary competitiveness is the enemy of a creative industry. It encourages ruthlessness, bad behaviour, shortcuts, one-upmanship and pushes people to chase the new to be the first, rather than focus on perfecting the existing."

There are loads of lists. The A-List, creative 30 under 30 list, 50 brilliant marketers to watch, the 50 companies creatives would kill to work for full-time, the Creative 100 – the names you need to know right now in media, marketing and tech, the 100 most creative people in business, 25 data wizards who are killing it right now, 13 millennials who are making waves in the blah, blah, blah... Researching this piece was easy, yet overwhelming, because there are so many sites churning out these things on a regular basis. A frustration however was that no one’s gone meta and created a list of the best lists which would have helped me immensely.

"Unnecessary competitiveness... is the reason Cain murdered his brother Abel in The Book of Genesis. Yeah, that shit got dark real early on."

Of course, we all know the deal with lists. I tweeted out a few weeks ago seeking opinions on why our industry is so obsessed with lists and why publishers continue to create them. “It’s an easy way to make content when you’ve got nothing to say,” a journo said. “Lists get you a huge amount of social reach because everyone on the list shares it,” said another. “Celebrating individuals at big companies is a great way to get sponsorship for other stuff,” said one highly skeptical agency bod.

But what of the impact? More scouring of professional social media tells me that from a motivational perspective lists aren’t great for the remainder of the industry not on ’em. “I’m tired of feeling inadequate and behind” one tweeter said of the lack of ‘40 over 40’ lists, for example. Surely there’s benefit to making the whole industry feel great about itself, rather than just the 10, 20 or 100 who make the grade? (I should note that I’ve been on a few and it feels nice, but I’d give up my places if it meant that everyone was happier and more motivated; #selfless #yourewelcome.)

And whilst media sites are looking to increase their followings, these creative lists are becoming more about ‘top influencers’, the loudest voices and the ‘most powerful’, three things which don’t necessarily equate to brilliant work. We’re celebrating the prolific commenters rather than the diehard creators. It reinforces an old-school hierarchical structure of an industry that needs to get over itself and become more collaborative. Less about the individual, more about the team. We’re in a position, in 2018, where the quality of advertising outside the award winners needs a reset, and so my suggestion is to rethink the way we celebrate the people and products of our world.

"We’re all supposed to be creative, so let’s take a leaf out of Buzzfeed’s book and make our listicles interesting and hilarious, not just an obvious attempt at earned reach."

One of the best closing paragraphs

Rank if we must, but surely the industry would be more inspired if we went work-first, individuals second? The 24 best hashtags this month, the ten best jingles in Q2, the 100 most influential marketing images of 2018, 30 best copy lines under 30 words, that kind of jazz. And then namecheck the individuals responsible.

We’re all supposed to be creative, so let’s take a leaf out of Buzzfeed’s book and make our listicles interesting and hilarious, not just an obvious attempt at earned reach. If humans are naturally predisposed towards unnecessary competitiveness, then let’s get them competing for the right reasons: results, and real-life examples. In the opinion of my expert jury (me), it’s number one of the four hundred and thirty-eight most important things the industry needs to do right now. 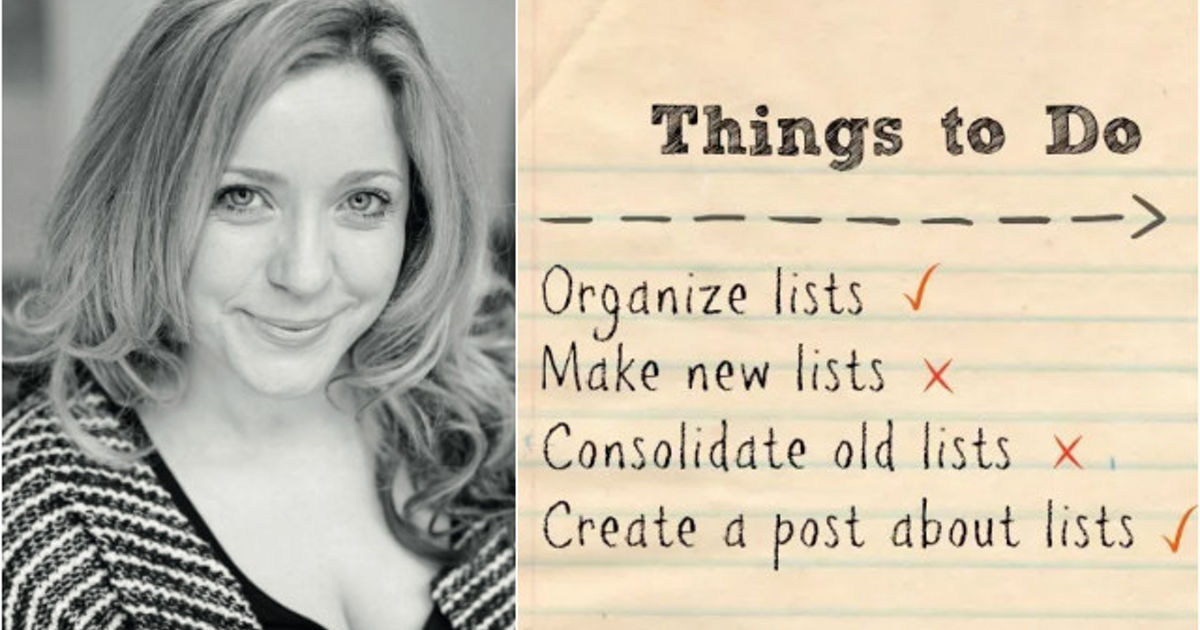 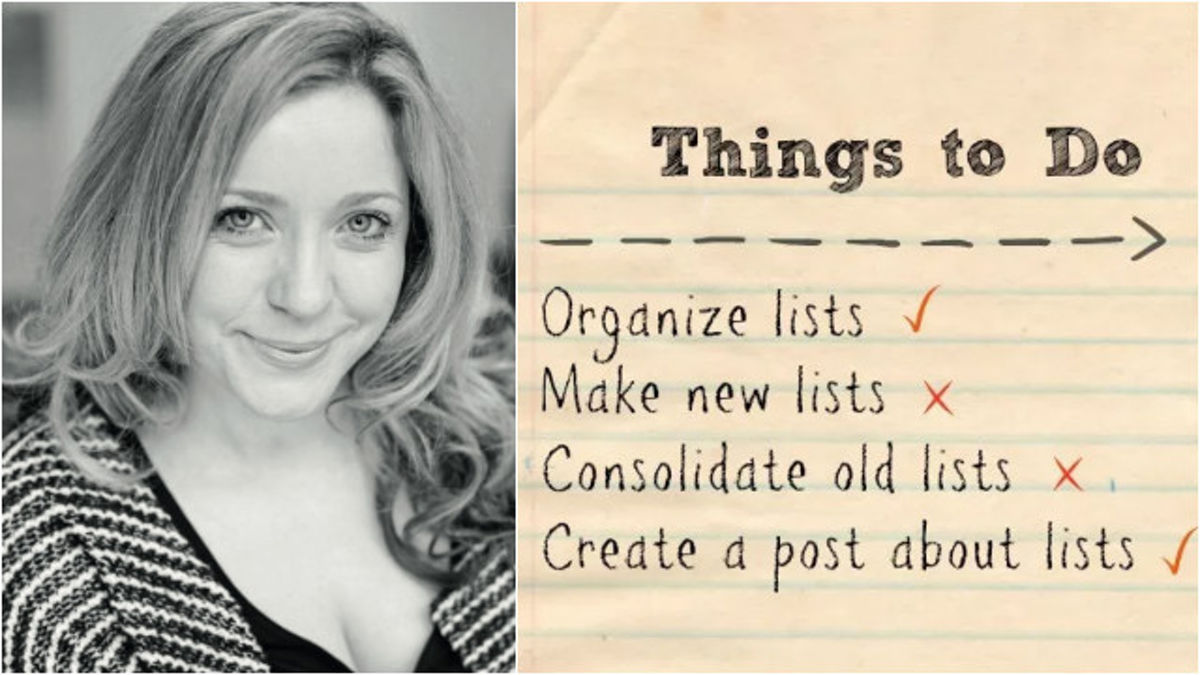