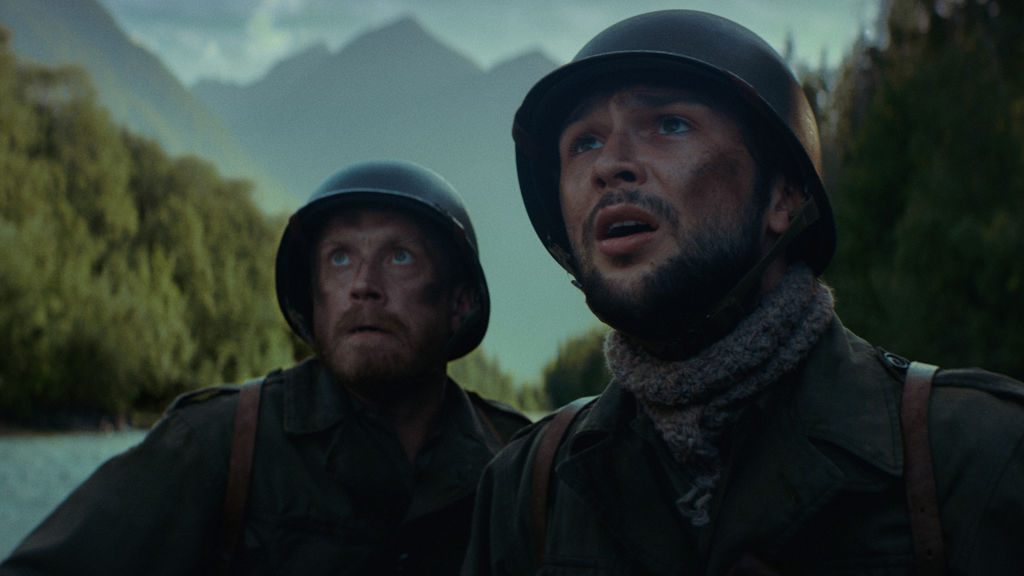 Can you tell us a little about your background and what makes you want to direct commercials?

I was always interested in movies. But the thing that really made me want to be a director was when we had to shoot a film for a French lesson back in school. I decided to explore going in to film and I had a mentor, who was signed to Stink. He showed me that commercials can be a great playground, where you can try things out and go a little crazier than you can in the feature format.

One day I was sitting at the dining table and there was a music box with a cord lying around. I pulled the cord several times and loved the way the music would vanish...

I think, what fascinates me the most about commercials, is the thrill and the craft of telling a whole blockbuster of emotions in such a short space of time.

Where did the idea and inspiration for Revived come from?

Emotions are what drives films. The overarching theme of interpersonal relationships is the emotional engine of almost every movie. My own circle of friends is very close to my heart. I wanted to make use of feelings that I have already experienced, so the film could be seen as a tribute to my friends. The central idea in the film is very strong, can you tell us how you came up with the story?

I remember the moment the idea was born very well. Back in 2014 I visited my parents. My mother is very talented in handicrafts and makes jewellery and other things, so there are often individual parts for her latest works lying around. That day I was sitting at the dining table and there was a music box with a cord lying around. I pulled the cord several times and loved the way the music would vanish. It had a thrill to it, because you could see when the music would stop and when that short magic moment was over.

Have you also noticed that there are always two batteries in many battery-powered devices? I think batteries just need a life companion.

That’s what inspired me to consider variations on such a music box. The frame of our main character’s mechanics was born. The idea of having a battery as his salvation came afterwards.

It ends with a lovely pun on the “power of friendship,” how did you marry the idea of friendship with the product?

I always had the feeling that the wind up-mechanism alone was very technical and not emotional enough. The greatest branding is when they manage to connect their products with values and emotions. Duracell has achieved that in some of their past commercials and we wanted to take it to the next level, so I developed the emotional framework of friendship as the deeper core of our story and as the deeper core of Duracell as a brand.

Approximately 80 crew members and just over 100 extras were involved in the making of the film. The complete post-production took about one year.

Have you also noticed that there are always two batteries in many battery-powered devices? I think batteries just need a life companion.

Duracell – Revived (Behind The Scenes) 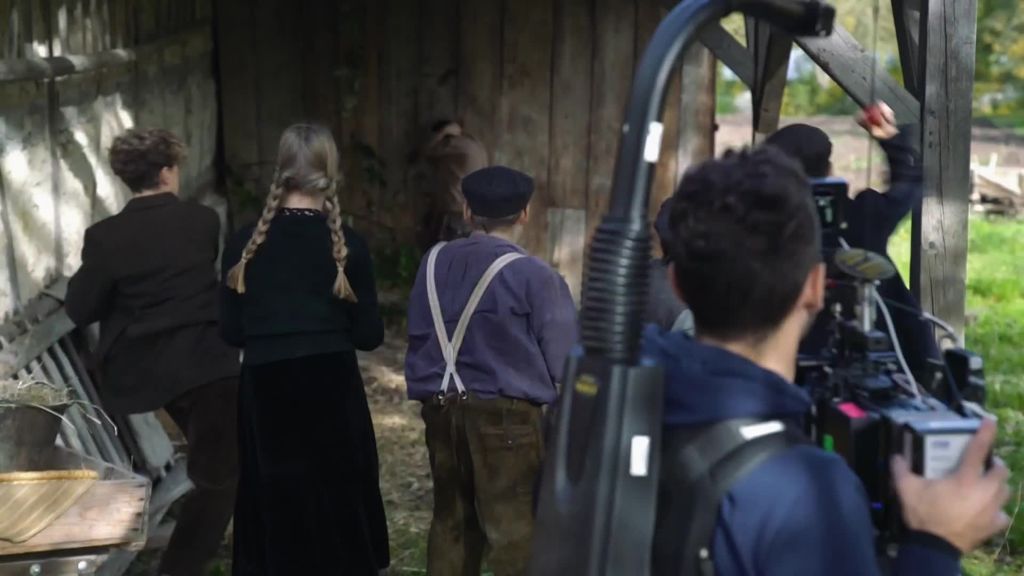 Behind-the-scenes: the making of Revived.

The film borrows from a lot of cinema tropes, with the wartime action and exploration of childhood; did you want to pay homage to such films?

I grew up with movies and TV series of the 90s and early 2000s. This decade has definitely influenced my film language. A movie I watch at least once a year is Forrest Gump [1994]. It has influenced me a lot. Our heads are huge sponges that absorb everything they see and feel. It all happens subconsciously.

Revived also has subtle elements of dark humour, with scenes such as the boy collapsing sideways when he ran out of energy. How did you come up with the balance between humour and pathos?

I think this scene was one of the first I had in my mind. On the shoot itself, it was one of the last ones we shot. Our actor, Oskar Netzel, fell on a mattress in front of all the other children and crew members. Everyone  laughed out loud, including me.

Myself, the DP and the producers all threw ourselves into the current to experience the forces of nature.

As a viewer, you have to laugh at and with the protagonist to build an emotional bond with him. Only then you are concerned about him. At the end of the film, when he dies on the shore you are moved and when he is revived, it’s like a real miracle. A film needs to be this kind of emotional rollercoaster to be highly engaging and thrilling. 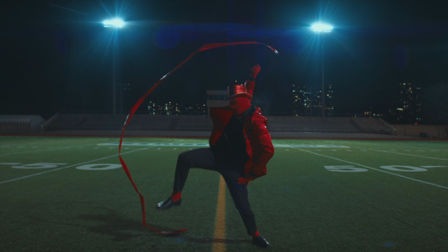 The locations and sets are fantastic, where did you shoot Revived and how long did it take to put the film together?

The film was shot in two shooting blocks: At the river Lech in Austria and at an open-air museum in Germany. Approximately 80 crew members and just over 100 extras were involved in the making of the film. The complete post-production took about one year.

I am very proud of the final result. But without my team, none of this would’ve been possible. I’m so grateful to everyone involved in this project.

What were the biggest challenges you faced in creating the film?

Beside the enormous production effort and all that comes with it on this kind of spec project, one of the biggest challenges was shooting in a white-water river. First, we scouted rivers in Germany and Austria. We chose the Lech because it had the landscape we were looking for. Then we had to find a local guide, who knew the river well and who was up for such a project. Fortunately, we found Josef Klotz.

Before the actual shoot we went there several times to find the best sections of the river. With the help of Josef’s deep understanding of the river we were able to re-enacted all the scenes ourselves.

The YDA is one of best platforms for young filmmakers. The industry keeps a close eye on the talent that makes it to the YDA.

Myself, the DP [Simon Drescher] and the producers all threw ourselves into the current to experience the forces of nature, because we had to find out how and whether you can operate a camera under such extreme conditions. That alone was an unforgettable adventure. The YDA is one of best platforms for young filmmakers. The industry keeps a close eye on the talent that makes it to the YDA. I also won the YDA in 2016. Back then, I was approached by various productions and collaborators with whom I’m still in contact today. That definitely helps to get a foothold in the industry and to get ahead.

Has the film picked up other awards/commendations and what are your hopes for if from here?

I'm very happy about how Revived did at the festivals this year. The list is quite impressive. I hope that the film has reached and touched many people. Soon I will release a new spec project and I’m working on a couple of client jobs.

What type of commercials directing most excites you?

I love scripts with a strong idea, no matter what genre. Sometimes this idea is not visible at first. I always try to unearth that core idea. Everything else that follows is the polishing of the idea and bringing it to life.