Why brands should treat podcasts as a long-term strategy, not a one-off campaign

Josh Adley, Director of Commercial & Client Relations at podcast production company Listen, explains why, if you're thinking of creating a podcast, you need to plan for the long haul, but that it's well worth the effort.

The phrase ‘Everyone has a podcast’ could end up being my most-heard of 2021.

It’s one I hear all the time. One of the UK’s best and most prominent journalists covering podcasts, Fiona Sturges, wrote a piece recently about how many celebrities have their own podcasts these days. If you’re an entrepreneur, a sports fan, a brand, or someone who simply thinks that their conversations with friends are particularly funny, chances are that you’ve either started your own podcast, or considered it.

[Podcast] ambition will only prove successful if it’s coupled with a long-term strategy. And this is where I often see brands going wrong.

And why not? The beauty of the medium is the low barrier to entry. Much like YouTube or Soundcloud, there is no issue with there being tonnes of content out there, so long as you’re mindful of how difficult it is to find an audience and have a plan of how to get into that top 1%. Above: Podcasts such as Joe Rogan's and Stuff You Should Know have built an audience over many episodes.

Podcasts are different: don’t get it wrong

That value comes in the form of the podcast audience who, according to research carried out by Podcast Insights are engaged, with 80% of people who downloaded a podcast listening to it all the way through, tech-savvy because they are more likely to own a smart speaker, and potential customers due to the fact that podcast listeners are more likely to follow companies and brands on social media, and according to Spotify Advertising, 81% of listeners have taken action after hearing audio ads during a podcast.

A podcast should not be approached like a TV ad. This isn’t the place to throw your budget into a one-month period and stop.

Some brands have dipped their toe in the water by sponsoring a podcast or taking out spot ads in pre-, mid-, or post-roll slots. Others have gone one step further and created their own original series. It might feel like the brands with their own original podcast series are the most ambitious in the space, but that ambition will only prove successful if it’s coupled with a long-term strategy. And this is where I often see brands going wrong.

A podcast should not be approached like a TV ad. This isn’t the place to throw your budget into a one-month period and stop, because you won’t get the impact or ROI you’re looking for. If you want that big brand recognition piece with high impressions and talkability across a short period of time, that’s what the ITV Saturday night ad slots are for. Podcasts only work when they stick around and have a chance to grow.

Conversation formats do not turn into overnight hits… unless you’re Barack Obama.

That doesn’t mean to say every podcast series needs to be 52 episodes a year. However, it does mean that if you’re planning on releasing six episodes and hoping to stay in the charts and be remembered beyond those six weeks, you’re likely to be mistaken. Look at the most popular podcasts globally and check how many episodes they have done (Joe Rogan, No Such Thing As A Fish, Stuff You Should Know, How I Built This etc). Unless you’re sat on the next Winds of Change or Missing Cryptoqueen, (with the production and promotional budget required), take a leaf out of the books of those who have honed their craft and their show over the long-haul. Conversation formats do not turn into overnight hits… unless you’re Barack Obama. And if you are, thanks for reading. Above: Fiverr's podcast strategy was "to drive brand awareness to but, most importantly, to provide value".

Having worked with Fiverr since day one on their branded podcast, Ninetwentynine, the strategy was clear from the start. Liron Smadja, Senior Director of Global Marketing, recognised that "brands are constantly asking things of their customers. We wanted to focus on providing value without asking for anything back. The goal is to drive brand awareness to a new potential audience and boost Fiverr's sentiment but, most importantly, to provide value". A year’s worth of content, a million downloads and a Lovie Award later, and clearly that value has been created.

Why ‘always on’ is key

If Ninetwentynine had stopped after six episodes would it be able to boast the global impact it’s had? Of course not. The long-term approach worked, and this didn’t rely on finding a shedload more budget, it came from thinking long-term and acting smart. It came from originating a format that could run and run without crippling production costs, working with a presenter [Eshaan Akbar] who was invested in the project and didn’t just see it as a paid gig and a marketing strategy that constantly evolved and optimised.

Once you’ve built an audience you have them in your pocket ready to serve content to.

Fiverr aren’t the only brand using a podcast as part of their long-term editorial strategy. We’re working with the likes of BMW, Vodafone, Sky Bet, Wiley and others on how to get the most of their podcast content long term. By all means start with Series One, but go in with the aim of it evolving into Series Two, Three and Four. Once you’ve built an audience (and got people to actively press ‘subscribe or follow’) you have them in your pocket ready to serve content to. I mean this literally – once someone has subscribed, they will be notified when a new episode drops (even if it’s six months later). 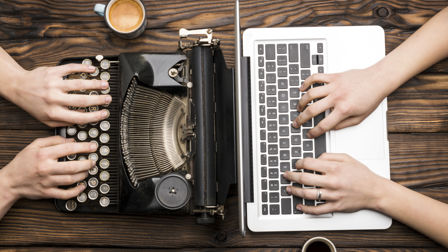 This is a sentiment echoed by Dave Roberts, ex-Chief Content Officer of Engine: "The idea of ‘always-on’ branded content is all too often confined to contract publishing and social media (often with little or no connection between the two). However, once a format has been developed and set, podcasting not only offers a very cost-effective platform, it’s also a highly effective means of regularly engaging a brand’s community around key narratives (and even integrating them into the content itself)."

Podcasting not only offers a very cost-effective platform, it’s also a highly effective means of regularly engaging a brand’s community.

Always-on might sound scary, but it doesn’t need to. It’s the difference between making a short-lived splash and making a long-lasting impact. Your social media channels are always-on, and every brand should consider a podcast as a channel within their marketing mix. Not everyone needs a podcast, but if you’re a brand that warrants one, please don’t be one of the 60+% who don’t make the most of the opportunity and the budget they are spending. Because there is absolutely no need to do that.