Rough edges: why we should take heart from Disney’s Xerox era

David Sanger, Head of PR & Content for Creativebrief, argues that function is not always at the expense of form, as he examines how Disney embraced the rough edges of new technology to draw back the curtain of creativity.

You may have grown closer to Disney in recent weeks. Much like Nintendo’s Animal Crossing, the arrival of Disney+ couldn’t have been better timed.

For a company that’s been around since the 1920s, this pandemic isn’t the first crisis Disney has helped people through. Beyond the less than savoury history of founder Walt, Disney has been a source of escapism for decades. Its talking animals, spontaneous songs, not to mention Frozen 2’s unnatural ability to keep small people still and quiet, has made it a haven for uncertain times.

There was a period when the House of Mouse faced a crisis of its own.

But there was a period when the House of Mouse faced a crisis of its own; when it wasn’t the behemoth it is now and, instead, fought for its survival. It’s this period which gives us much to learn from, and to take heart in. To realise, like so many stories in Disney’s catalogue, that there can be a happier ending to all this. 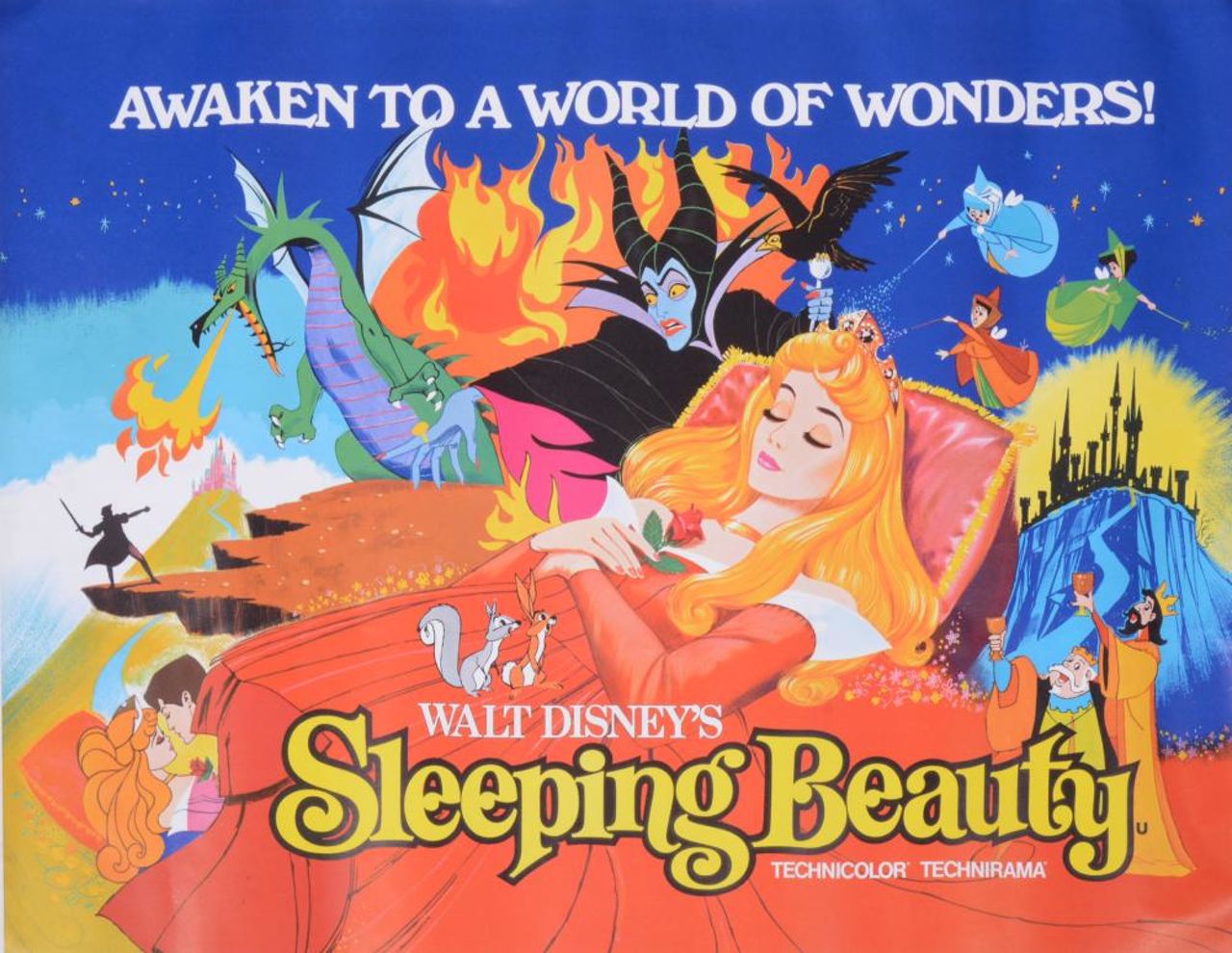 In 1959, Walt Disney released Sleeping Beauty. It was the most lavish and expensive production in its history, with renowned artist Eyvind Earle being trusted with the look of the film. So detailed were the backgrounds that animators worked on paper the size of bed sheets. It was gorgeous but indulgent, costing at least twice as much as previous films and failing to recoup its budget until the 1970 re-release. Lay-offs ensued and Walt’s brother Roy encouraged him to quit animation and focus instead on TV production and Disneyland.

It was gorgeous but indulgent, costing at least twice as much as previous films and failing to recoup its budget until the 1970 re-release.

Walt resisted, yet when it was time for the studio's next animated feature in 1961, it meant the stakes were even higher. Things didn’t look especially promising when the studio announced a shift to Xerox - an antonym, if ever there was one, for the magic of Disney. Yet it was what ended up saving the studio from the precipice. Up until that moment, the work of animators would be transferred and inked, both painstakingly and expensively, onto animation cells by hand; Xerox made this achievable by machine. It helped the studio tighten budgets and fight its way back. 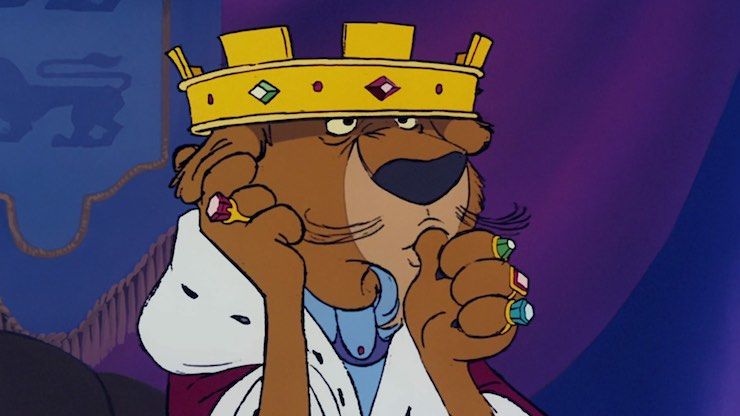 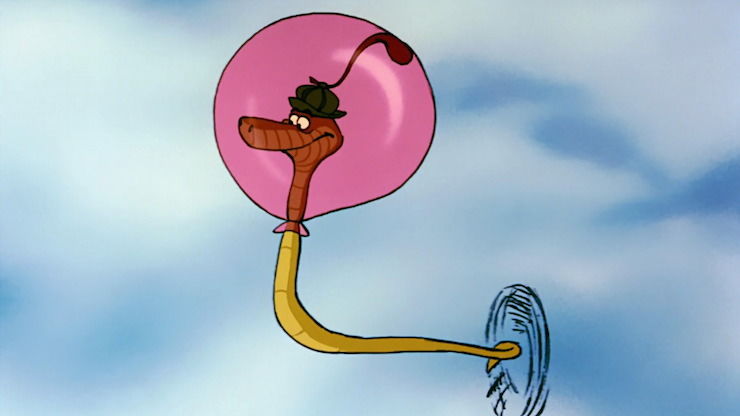 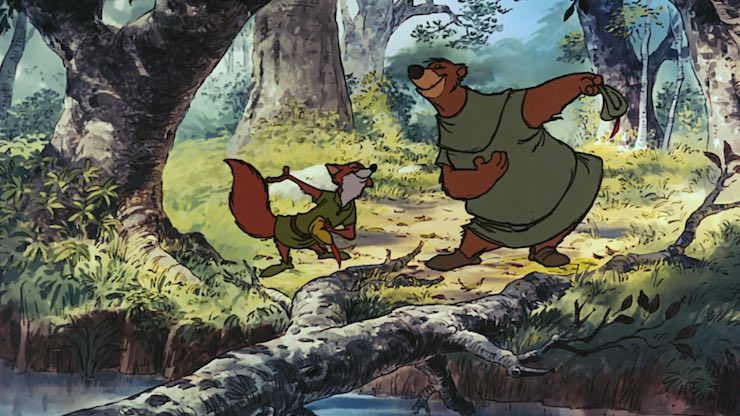 Above: Walt Disney didn't like the 'black lines of the animators’ pencils would leapfrog straight into the finished film'.

The method wasn’t without its critics - namely, Walt Disney. He disliked what he saw as the raggedness of the end product. The black lines of the animators’ pencils would leapfrog straight into the finished film, no longer sanitised from the final picture. But what Walt hated became a window into the creative process. It brought the work of the animators in closer proximity with the screen and audience. It gave them personality.

But what Walt hated became a window into the creative process.

Some 60 years later, the films from that period are beloved - 101 Dalmatians, The Aristocats, Robin Hood and The Jungle Book. In the face of being unable to match its past lavishness, Disney instead embraced the alternative and replaced saturation with roughness; fantasies with tales. It was rugged, but glorious.

There’s something truly exhilarating in seeing the craft behind the creation.

Perfect can too often be deemed the pinnacle of creativity. And why not? Its very definition is something without fault. Yet doesn’t that make it unpalatable? Or worse, boring? We’re cynical beings and we know when something is too good to be true. Speaking creatively, there’s something truly exhilarating in seeing the craft behind the creation. In a sharing of the journey and a struggle that an idea bore to get here. We connect better with it, because we know its imperfection is circumstantial. We see its story in its craft. 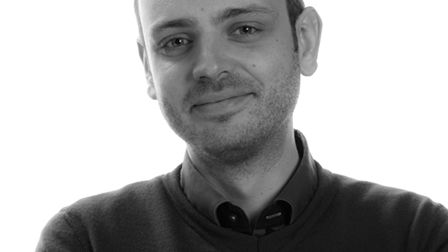 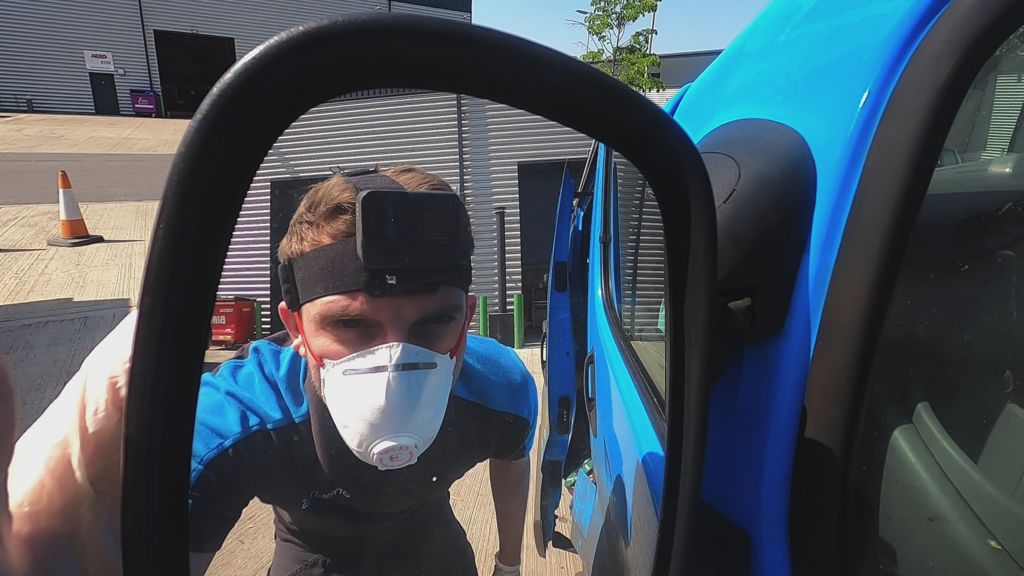 Above: British Gas' recent campaign is charmingly rough around the edges.

Disney’s is a lesson in how wearing our creativity on our collective sleeves can result in far greater storytelling. It roughs up the smoothness to expose the texture that defines our personality a little more. Look at recent campaigns from the likes of British Gas and Tesco, and you can see the adaptation being made. The effort and the homespun approach that translates clearly to charm, but also to effective storytelling.

Disney’s is a lesson in how wearing our creativity on our collective sleeves can result in far greater storytelling.

Innovation and adapting to survive in a crisis became part of Disney’s history, just as it will become a part of ours. Even today, as the studio seems set on world domination, there’s still the era it built when 101 Dalmatians - ragged, unexpected, untested - was released. An era that could have seen the final nail put in poor Mickey’s coffin. Instead, it revealed a spirit of adaptation and an enduring creativity which might have been its last roll of the dice, but proved its saving grace.

Innovation and adapting to survive in a crisis became part of Disney’s history.

In a recent article from Laura Jordan Bambach, newly appointed CCO of Grey London, she said of coronavirus that “creativity thrives in situations like this, and the best things to come out of bad situations are great ideas”. It’s a statement that we could all do with believing in right now, as we await the unexpected, aware that what we return to simply can’t be as lavish as before. But that, instead, we might end up with something better, however conditional it is on a factor we’d have preferred to avoid.

In short, Disney’s story should help us take comfort and find direction in how creativity, rough edges and all, remains one of our bare necessities. 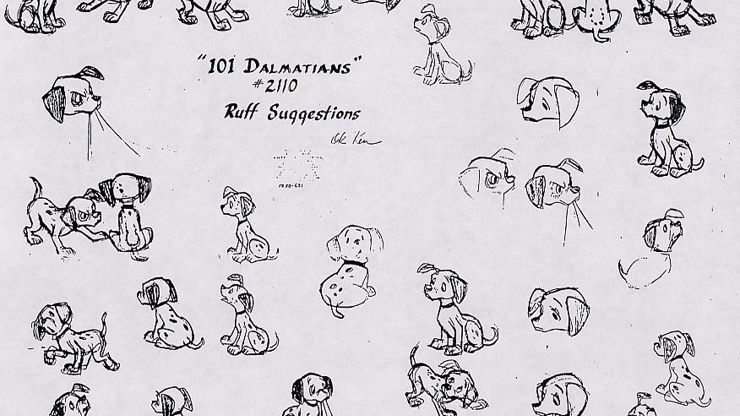 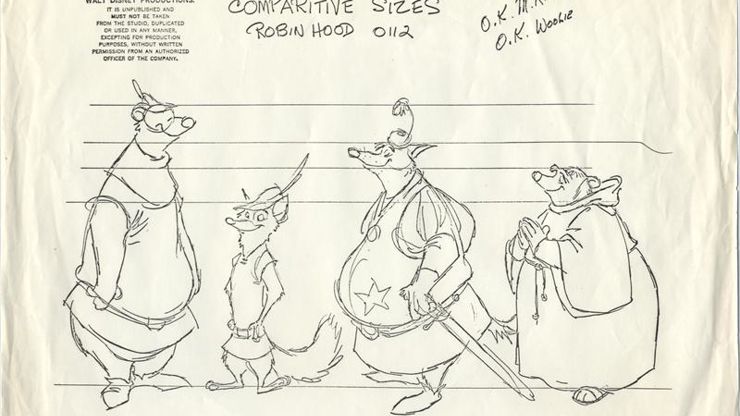 From Ruben Vandebroek, Head of 3D at The Mill, New York, we gain some insights on how animation is adapting and what The Mill is focusing on as animation becomes more and more advanced. 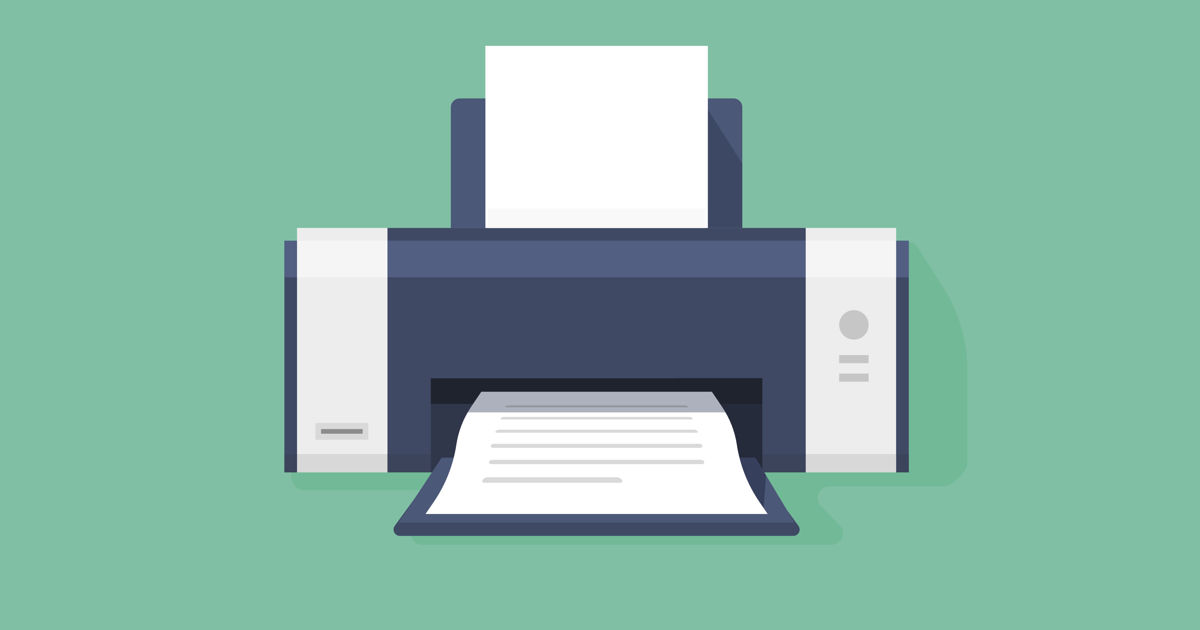 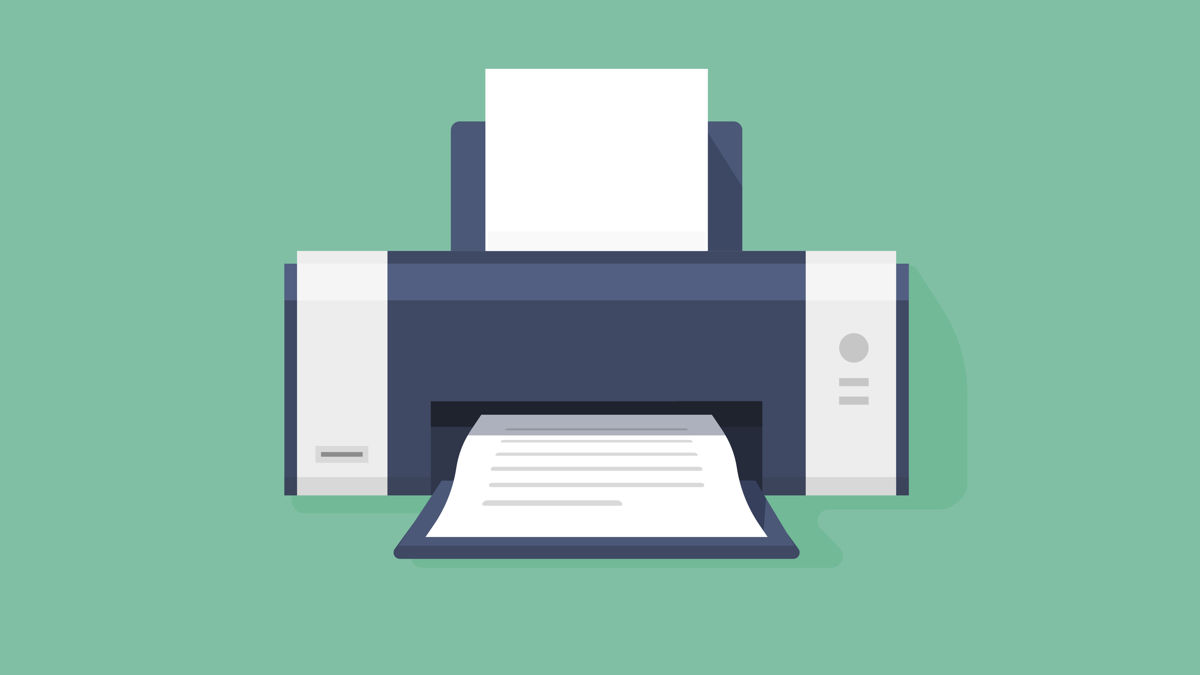