A perfect post-lockdown antidote after months of quarantine and pandemic-induced anxiety, the promo directed by Sophie Muller is an astral cornucopia of stars, sequins and Queen of Pop Kylie majestically mounted upon a sculpture of a golden horse. The film stars Kylie and a lone dancer (Kaner Flex), in an ideal socially distanced shoot scenario.

Muller makes the most of Kylie’s photogenic face, presenting her as some kind of Space Age Hollywood screen siren.

Muller portrays Kylie as a sequinned siren in this inter-galactic video evoking 1970s pyschadelia with a 1920s Gastby-esque flapper aesthetic, capturing her as if through the lens of a futurist Horst P Horst. The post-modern aesthetic is achieved through some stunning VFX by Ross McDowell, styling by Matthew Josephs and costume design by Ed Marler. 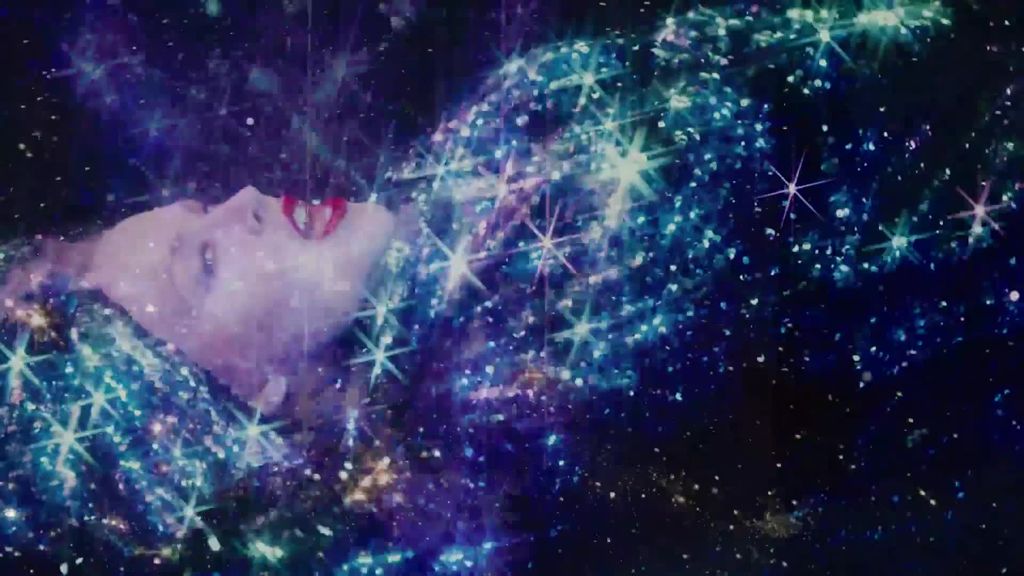 The DOP was Robbie Ryan and the promo was exec produced by PRETTYBIRD UK co-founder Juliette Larthe and produced by Benji Landman.

Award-winning music video director Sophie Muller is signed to PRETTYBIRD UK and US, and her work with artists including Rihanna, Radiohead, Gwen Stefani, Beyoncé, Bjork, Coldplay, Bebe Rexha, Pink, The Cure, Alicia Keys, The Killers, Morrisey and Beck, has earned her multiple awards including; a Grammy Award, Brit Award, several MTV and CMT Awards, and an MVPA Director of the Year award. Muller has worked with Kylie on previous music videos, and the new promo is the latest in a prolific career that has seen her direct more than 300 music videos.

Executive Producer and PRETTYBIRD UK co-founder Juliette Larthe said: “We were delighted to be beating post lockdown blues in a socially-distanced hyper-hygienic Black Island Studio shoot. Just when it seemed dancing might actually have died, the Phoenix arose and the Queen of DISCO AKA KYLIE MINOGUE alights and ignites the night, shooting stars and showering us with the magic in an intergalactic marvel by our hella superstar Sophie Muller, with glitters and sparklers, dressed like the Empress of our Globe’s Pop, riding a horse thru the Universe made with the world’s Major Mavericks & SOLID GOLD crew, who helped to achieve this vision of JOY and feast for the senses.”

Stylist Matthew Josephs and Costume Designer Ed Marler commented: “Sophie really wanted us to use lots of sparkle, so not only using sequins and crystals, we used unorthodox materials such as lamiter tinsel, which we hand knotted onto a fishnet catsuit, which not only gave the sparkle Sophie wanted but also dramatic movement. The black and white dress was inspired by a picture of Marissa Berenson with Halston. Out of all of our research into Studio 54 it was one of the images that really jumped out to Kylie, and Sophie liked the idea of chevrons/stripes so we took that idea and exaggerated it, so that it would look dramatic on camera.” 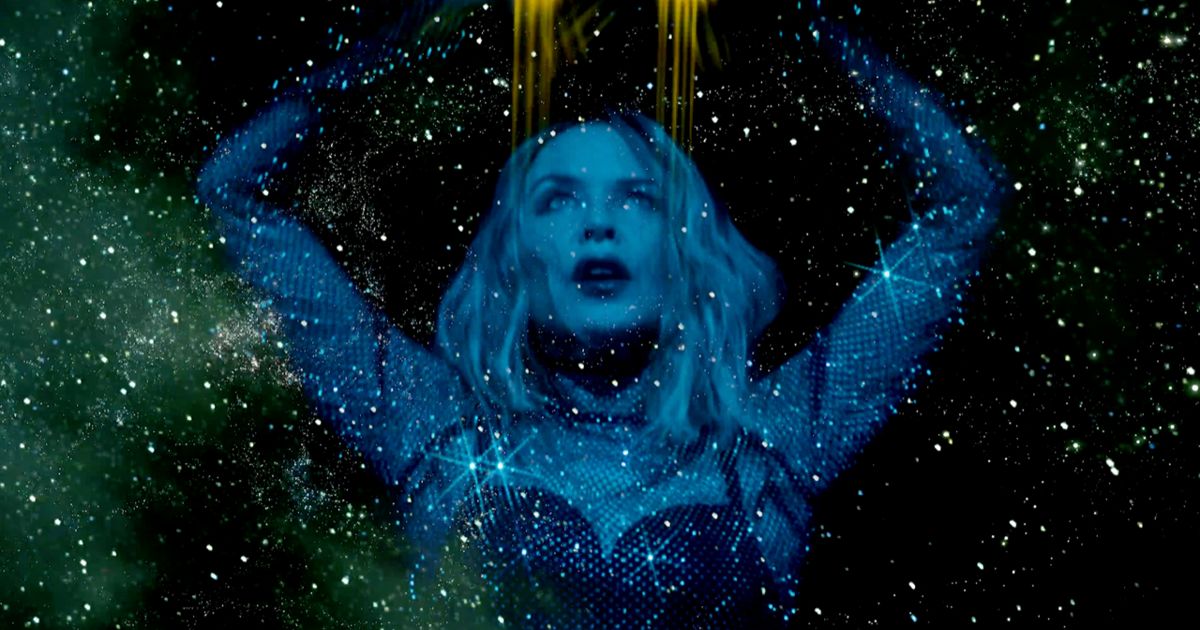 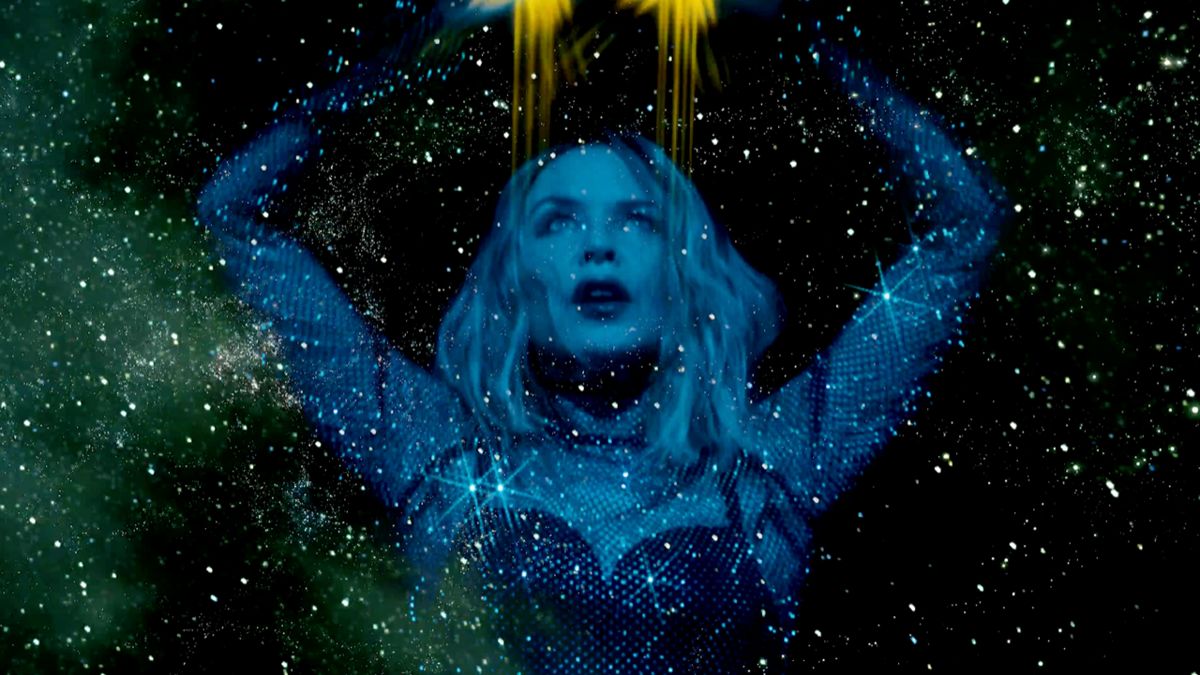