by Daniel Huntley on 8th October 2020

We spoke to Great Guns director Calum Macdiarmid about the art of the music video, how the industry has changed and an unfortunate sledging incident.

What’s the best promo you’ve seen recently and why?

I feel it has been slightly slim pickings recently - Covid definitely hasn’t helped - but I really like the Disclosure feat. Amine and Slow Thai - My High music video by Simon Cahn. It’s a great concept anyway, but I particularly love the way it was brought to life with all that moving camera work that gave it such a visceral energy.

A lot of the time with successful music videos it’s about taking a simple concept but finding a way to dial it all the way up to 11, either through its absurdity or its beauty. This one definitely goes all the way and was very inspiring. 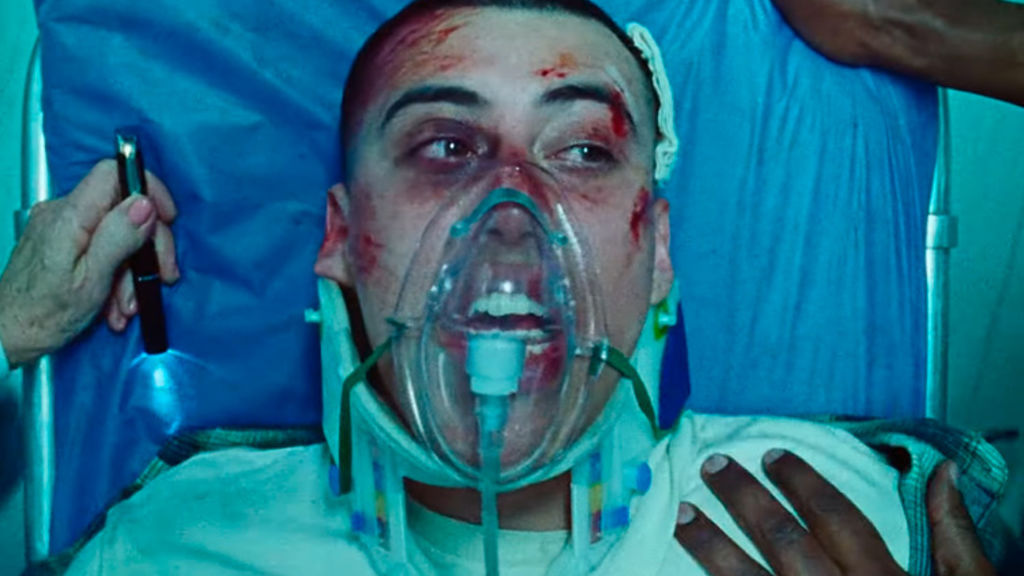 What’s the first promo you remember being impressed by?

Chris Cunningham's video for Bjork - All is Full of Love, absolutely blew my mind and made me see music videos as an artform for the first time.

The concept, the production design, lighting, liquids and lens flares... the whole thing felt like a manga influenced Blade Runner-style film executed with more detail and realism than I’d ever seen before. I remember being disappointed when I realised it wasn't actually a film. He should really make it into film.

Bjork – All Is Full Of Love 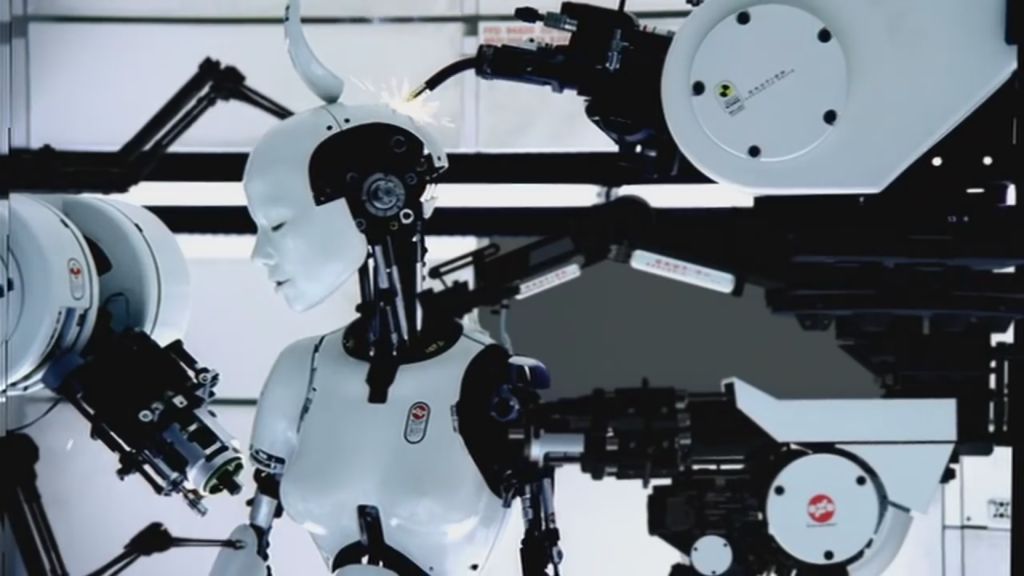 It will have to be something from the 90s. There were so many good videos then that we still have difficulty competing with them (although I got pretty excited by that wave of French ones about 5 years ago).

Right now, I think it’s Beastie Boys - Sabotage. It has this incredible, unrelenting energy that puts me in a good mood every time I see it. 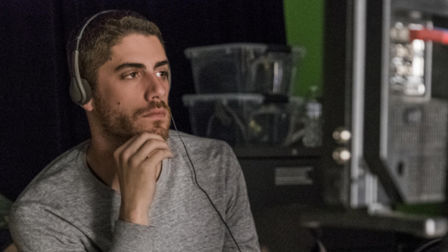 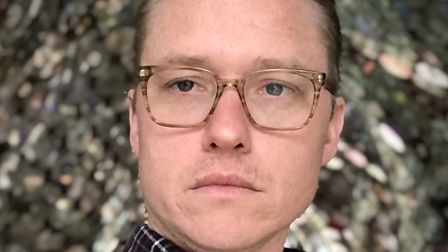 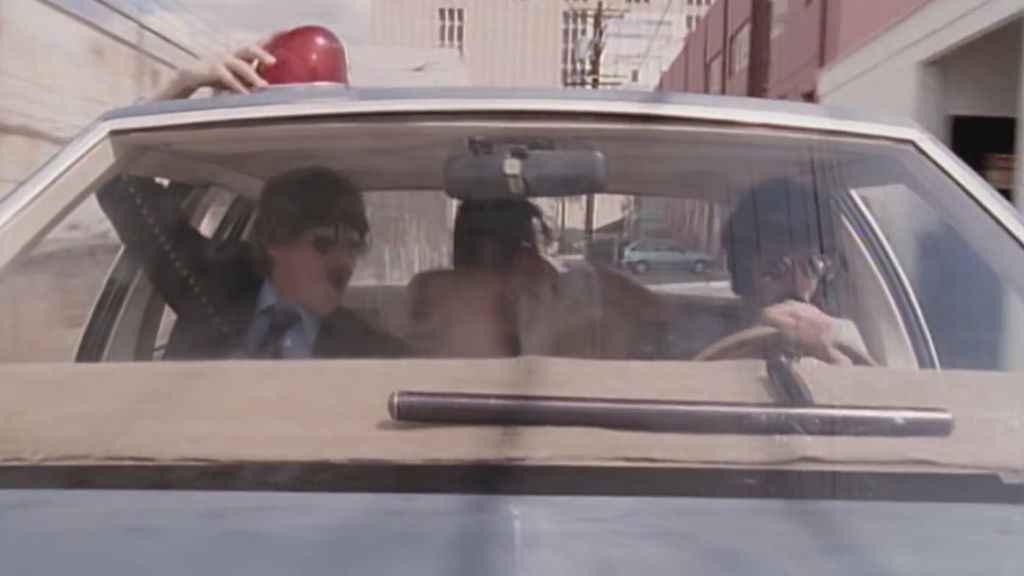 There are so many artists and directors out there now doing such different stuff that I find it tends to be less individual and more about certain blogs or press that I'll go to rather than just a specific director. Having said that some directors that I often come back to are people like Vincent Haycock, Fleur & Manu, CANADA, Spike Jonze, Chris Cunningham and Jonathan Glazer... and then I'll be on an Instagram pages like street blogs soaking up all the madness and youth culture and then the occasional highbrow art blog for cool sculptures or a nice bit of colour.

At the moment I'm listening to... everything. I have a habit of building unhelpfully vague and all-encompassing Spotify playlists of tracks that I might have noticed and added along the way, which bear absolutely no relation to each other. These are usually labelled under the name of the month, so each new month or season means I start a new list. Musical highlights on recent playlists are Quarantine Dream by Occult X, Perfect Secrecy Forever by Pye Corner Audio and some AJ Tracey.

Aside from that I listen to a lot of abstract soundscapes and film scores. These, however, are kept on a separate playlist labelled either 'WORK' or under the name of a project that I might be working on at the time. 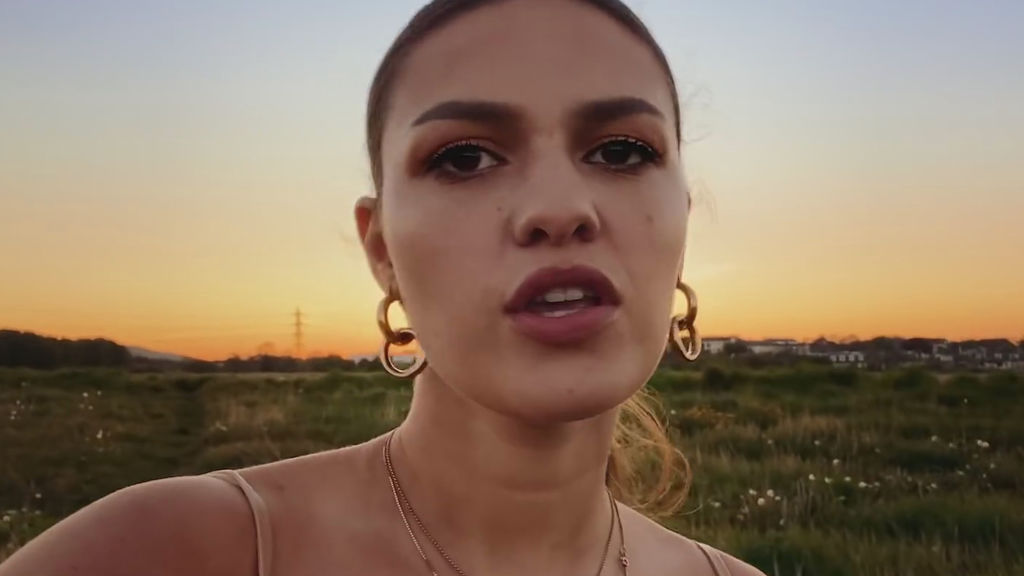 My new iPhone 11 Pro Max. During lockdown I made a little cooking film on my iPhone 8 that resulted in a few commercials all shot in the same way from home. I then shot the Bow Anderson - Heavy music video on iPhone and so upgraded to the 11 Pro Max. The quality is so good that it can genuinely compete with professional cameras. It blows my mind that we are entering an era where I can turn up to a set, pull my phone out of my pocket and film something professional and then go home with the rushes in my pocket (although the walking home with the rushes in your pocket part is terrifying!!)

I love those artists that genuinely want to make their voices heard and are willing go to any lengths to touch the world in some way. Those are the guys that will spend 2 days in a mountain half naked being rained on, attempt their own stunts, or bravely share their personal life.

Some see music videos as a cynical marketing tool but, for me, the good ones are an art form, and when making art there has to be complete conviction in it. You always notice the difference between the real ones who have that hunger and the ones who turn up like it’s a day job.

Spike Fuck, Kojey Radical, Alex Cameron and PA Salieu are all people whose music I like but also who seem to have that conviction and creative determination. 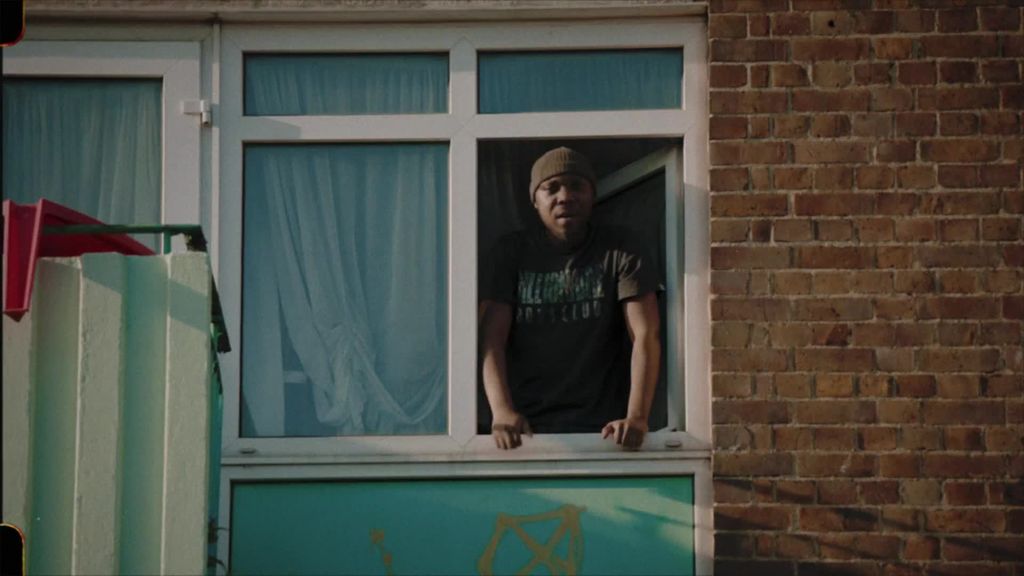 From a creative standpoint, I think the promo industry has become even more open minded and experimental than I think it ever was when I started. It’s been pretty healthy for the most part.

From an industry perspective it’s still as bonkers as ever, and common practice to spend the weekend away from the family pitching against a ton of other people and then find out the artist is actually going to get their mate to do it or the record company has decided not to make a video after all.

In five years time I think it will be an even healthier place. There's currently a good push for diversity and hopefully the We Direct Music videos movement continues to grow and find a fairer way for things to get made.

Creatively, fuck knows… but here's one theory. They'll have released an Alexa LF mobile phone that shoots in 10K and does real time grading and VFX allowing Tik Tok teenagers to make mind-bending videos from the back of a classroom and playgrounds. Established directors will swoop upon the aesthetic and this new music video sub-genre will dominate videos for 3-5 years, then, in the way that trends tend to swing in opposites, a 'retirement home chic' style will then become vogue, and old people will finally become embraced by the music industry.  Obviously it could go anywhere but I'm fairly sure of that outcome so have made the necessary investments.

I have a small surgery scar on my balls from a sledging incident when I was 7.

We chat with Ethos Studios colorist Kaitlyn Battistelli about VH1 video facts, grading for Grimes and learning how to knit!

Merging tongue-in-cheek satirical instincts and an obsession with internet humor, Tony Yacenda, of SMUGGLER, shares his inspirations and the artistic wells he draws from.

On My Radar: Munzie Thind

GCRS' Sound Designer Munzie Thind cites a perfick comedy and a recent rave retrospective as two of his inspirations and, for our diversity focus, he reveals his experiences of working in the advertising industry in the early 90s.

Greg Sweeney, Music Supervisor at Motive Creative, loves the emotional breadth of one particular album, and the feature performance by Ol' Dirty Bastard on one specific track, as he reveals what's on his Isolation Radio Station playlist. 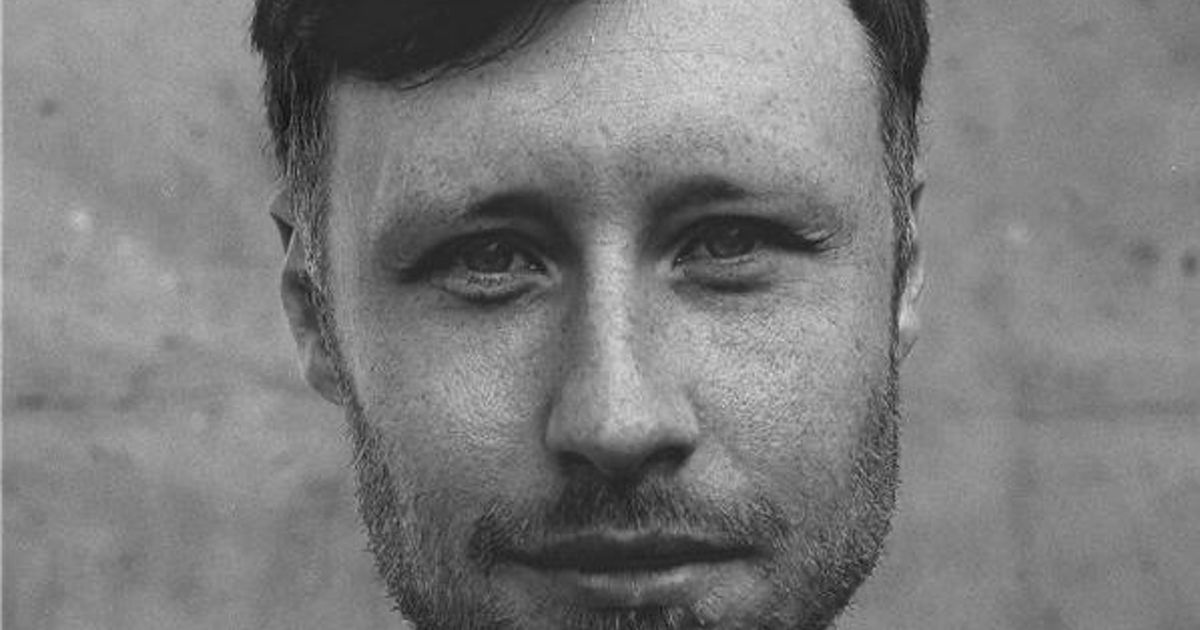 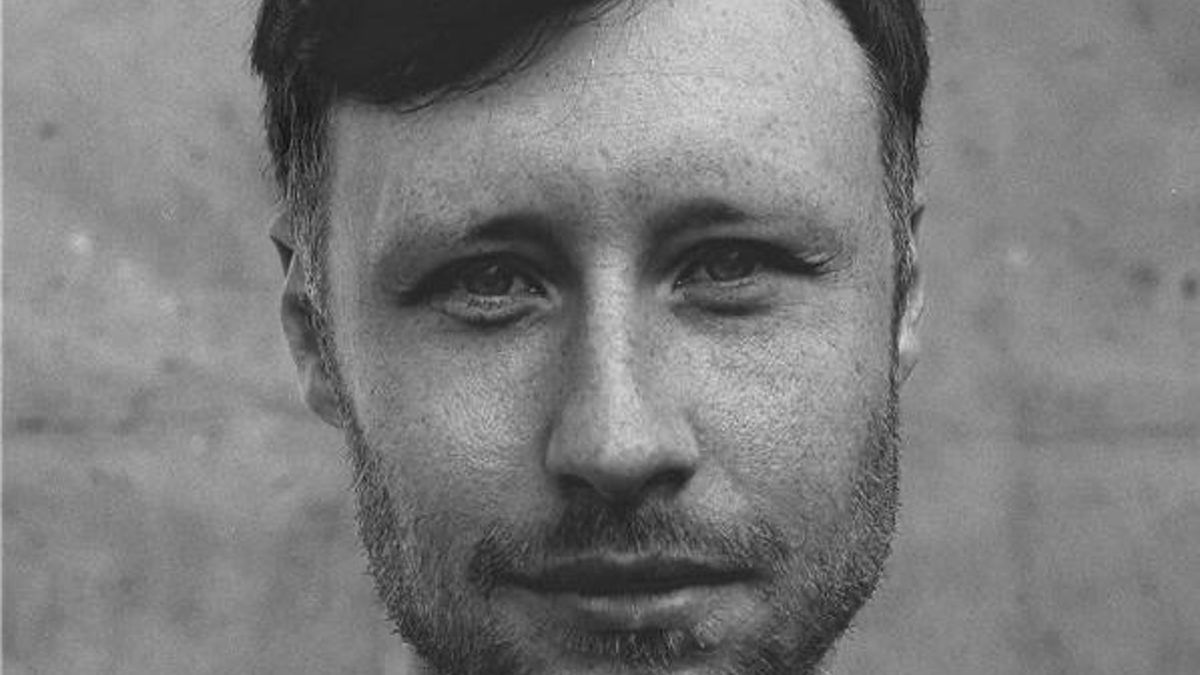