Music’s Color Correction: Why audio companies need to tune in to diversity

J Bonilla, Co-Founder and Creative Director of The Elements Music, reflects on how advertising's audio businesses need to continue to push diversity, examines his own failures to address the issue, and recounts why 2020 is the year we could really see change.

My skin is light brown. I’m Hispanic, African-American, and Caucasian, to oversimplify it.

Race wasn’t a topic of discussion in my household growing up, despite the fact that my family was multi-racial and I’d catch the odd story, here or there, about how my parents faced some really ugly discrimination over the years as a ‘mixed’ couple.

Race has been a topic that’s easier to keep tucked away somewhere than one I’ve been comfortable discussing.

On a less overt level, it’s something I’ve dealt with in my life as well. For me, race has been a topic that’s easier to keep tucked away somewhere than one I’ve been comfortable discussing. Writing this, in some way, is me challenging that tendency within myself – for both personal and professional reasons.

I’m the co-founder of a music/sync company, working primarily in the advertising realm. It was very apparent to me, as I got to know the players in our niche of the music industry, that brown faces of any shade were few and far between.

As an owner, I certainly didn’t see my image reflected in my peers. Even with that awareness, as our company started to grow and with decisions to be made about hiring and scaling, the issues of race and diversity weren’t as central to the process as they could have been. In retrospect, as a light brown founder, I feel I choked. But we got better over time. Diversity started taking its proper place in discussions and actions around hiring. It became apparent to us how incredibly valuable it was to have diverse voices and perspectives on our core team, and on our roster of composers and artists.

In retrospect, as a light brown founder, I feel I choked.

I mean, viewed from a certain angle, there always seemed to be plenty of people of color in ‘music’, broadly. But in our lane of ‘music for advertising’, the amount of PoC in the ranks of owners, creatives, and composers is an embarrassment. The situation is even worse in the broader advertising industry. According to the US Bureau of Labor Statistics’ 2019 figures, 82.6% of employees in the advertising industry were white. Black and Hispanic employees made up 8.1% and 12.5%, respectively, which is a marked statistical underrepresentation given the fact that they comprise 13.4% and 18.5% of the US population. This disparity doesn’t even account for the dearth of PoC in C-Suite and senior leadership positions within the ad realm.

In our lane of ‘music for advertising’, the amount of PoC in the ranks of owners, creatives, and composers is an embarrassment.

Enter, 2020. The universe, in response to the mass national protests around racial injustice and inequality, started screaming at us for change. Diversity became actionable-by-necessity to a degree I’ve never before seen. The first manifestation that popped out to me was how the complexion (literally) of virtual conferences/panels changed almost immediately (go Google pictures of industry event panels from a few years ago versus now!). To have an event or panel that doesn’t include PoC today would be almost unimaginable. 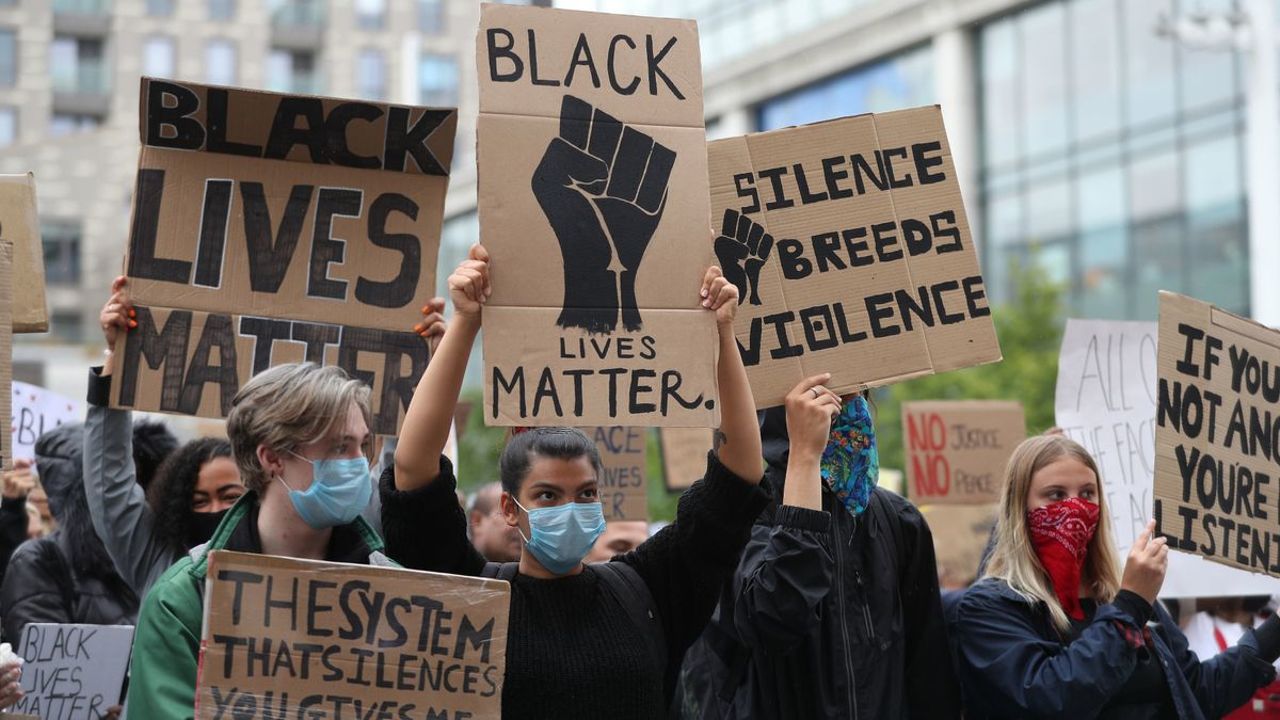 Above: The Black Lives Matter movement has pushed the topic of racial inequality to the forefront. Now it needs to stay there.

Another fairly rapid expression of this cultural shift was the wave of initiatives announced by major players within the advertising and music realms, promising to address their diversity gaps. All the major advertising holding companies outlined new actions that focus/refocus on inclusion, as did almost all the large entities across music and media. Many of the small and mid-sized companies, like ours, that comprise the post production landscape followed suit (and, in some cases, were well out front with these initiatives).

Anecdotally, it seems like real change is afoot. These initial shockwaves are promising. Young people of color in 2020, with aspirations of starting a company in the advertising/production realm, will likely now see their reflection as they look around the industry. Diversity hiring initiatives at scale matter. PoC representation on panels and at industry events matters. We may be moving the needle in a real way right now, but there are questions that still need to be answered; Will this stick? Will those stubborn US Bureau of Labor Statistics figures move in any appreciable way on the next accounting or the one after that?

We’ve got a couple of factors working against us here. First, humans generally have short attention spans. Second, racial inequality is painful, and not a topic that tends to stay front-and-centre in our discussions – nationally or personally. Then it explodes, like it did this year. These things don’t bode well for sustained, long-term investment in lasting change around diversity and inclusion.

I don’t know how this is all going to play out, and neither do you.

That said, there’s a part of me that wants to end this article with a big flurry of optimism, but I don’t know how this is all going to play out, and neither do you. All I can say is that I’m really going to try. I’ll do my best to keep diversity out front as a topic within our company in a way that effects the moves we make in hiring, mentorship, and investment. I’m also going to keep fighting my inclination to look away from this issue – because of the pain I know it’s caused some in my own family, and the pain it’s caused me at different times in my life.