How to... deliver strong emotions to a sporting world in flux

Rick Frier, Founder & Creative Director at Fresh Cut, looks at the way some brands have embraced sport's recent lockdown restrictions to embed themselves within a team's rituals and traditions.

It wasn't meant to be this way after 30 years of hurt, but Liverpool's Premier League title triumph taking place behind closed doors took away none of its emotional potency for the club's huge army of supporters.

That wholesale shift from stadium to screen allowed brands a more prominent position than ever before.

After the coronavirus pandemic paused the football season for three months, we Reds watched with baited breath as Jurgen Klopp's remarkable team maintained their imperious form and were crowned champions of England with seven games to spare. But, given we were unable to gather inside Anfield to revel in the glory, it was via phones, computers, radios and televisions that Liverpool's historic achievement was being consumed and savoured. 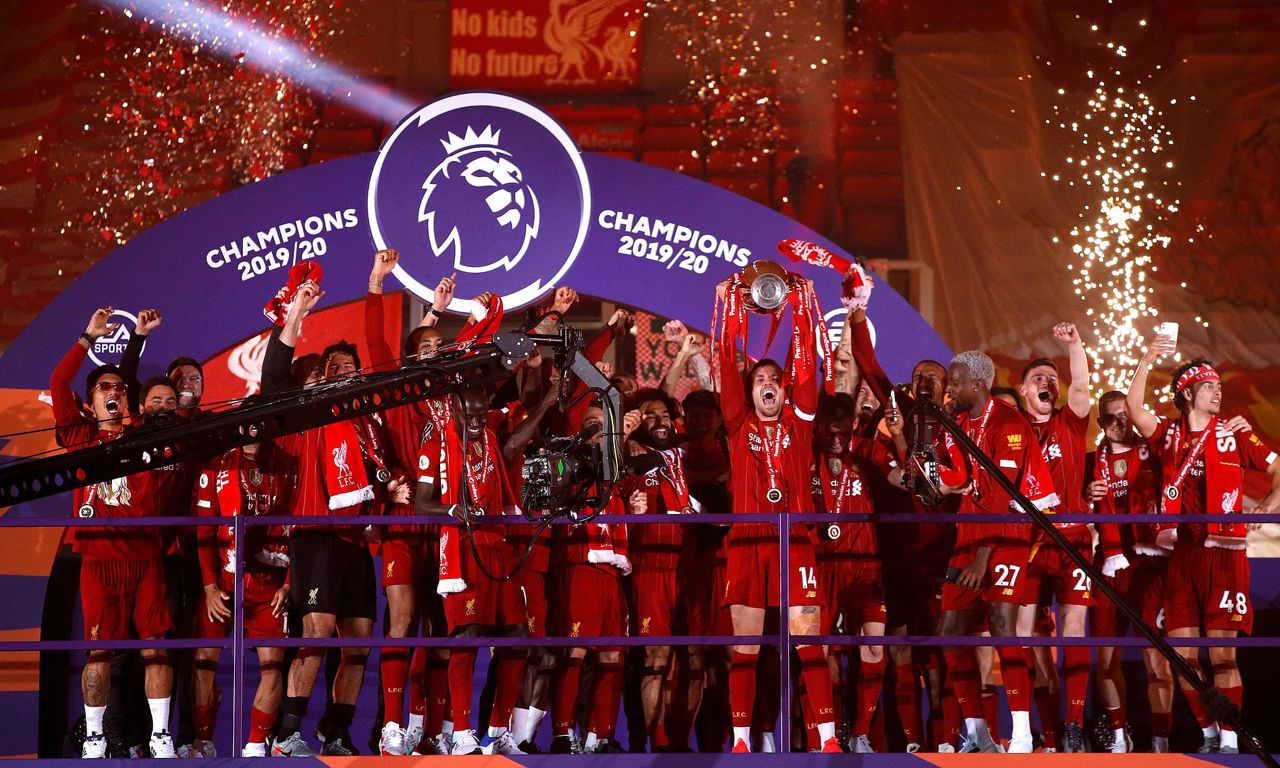 Above: Liverpool lift the 2019/20 Premier League trophy inside a fan-free Anfield.

That wholesale shift from stadium to screen allowed brands a more prominent position than ever before, and they are grasping it to great effect thanks to an evolution in content that has been happening for over a decade. While the sponsors of high-profile sports teams and events might once have seen huge viewing figures as an opportunity to push a product or service, they now recognise them as a chance to become embedded in ritual and tradition, and to align with the values of supporters.

Take Liverpool's main shirt sponsor, Standard Chartered Bank, which, in March, released a stirring piece of branded content [below]. Celebrating the bank's decade-long association with Liverpool and set to the soundtrack of a reworked version of the club's anthem, You'll Never Walk Alone, it followed the story of a young Reds supporter through years of heartbreak and hope, closing with the caption: "Proud to Stand Red for 10 years”.

Sportswear brand Under Armour tugged further at supporters' heart strings with a video featuring the Reds' prized defender Trent Alexander-Arnold, who is sponsored by the American firm. The video features fans proudly singing about Alexander-Arnold's Liverpudlian heritage while he is seen exhibiting his skills and interacting with locals around the city.

The challenge of creating branded content that speaks to the nostalgia, sentimentality, and aspiration of sports fans is a delicate one.

Both videos are examples of the longer-form emotive content – emoti-videos, if you will - that appeals to viewers' deeply held values that have replaced the 30-second spot once so highly coveted. Studies have shown that ads with the best emotional response generate brand memorability and favourability far more effectively. These two examples will doubtless live long in the collective memory of a fan base that demands respect for tradition and for local pride. The challenge of creating branded content that speaks to the nostalgia, sentimentality, and aspiration of sports fans is a delicate one. In years past, product placement and a strong sales push might have yielded results for brands, but the current media landscape demands a more subtle approach that will provide audiences with a powerful, coherent message across every touchpoint.That shift has been driven by the now widely accepted idea that people buy into a genuine story, whether they're watching it on social media or on Netflix. It goes right back to the days of cavemen around a fire: we crave stories that draw us in emotionally, activate our memories, and hold our focus effectively.

My background in filmmaking has been built around human storytelling, and my team and I have tried to centre that idea when working with Team GB athletics, Adidas, and my beloved Liverpool FC.  Earlier this year, we helped luxury sportswear brand Castore to launch their association with Glasgow Rangers FC, and the approach taken by both brand and club put us in our element.

We did a lot of research around language, terminology, and key figures in the club's history.

Castore's brief centred on the history and heritage of the club, making sure we put the fans first while making an emotive piece of content. Having been given the opportunity to connect with such a large, passionate fan base on that emotional level, it was important to us to get the tone right. We did a lot of research around language, terminology, and key figures in the club's history.

We knew that authenticity would be key to the way the video would be perceived by Rangers fans.

We knew we had to activate the memories of the old generation but also make sure the film resonated with the fans who only know the club as it is now. The video reflects the way supporting the club has changed over the years, while centring a key element that has remained constant: the club's colours. We knew that authenticity would be key to the way the video would be perceived by Rangers fans. This issue came up while sourcing a voiceover artist and auditioning a number of candidates who were not Glaswegian. We knew that anything less than a genuine local voice would not stand up to scrutiny from discerning fans.

Above: Fresh Cut's work for Castore, centring around their association with Rangers FC.

The risk when creating emoti-videos is that a single flaw in the film's authenticity can undermine the whole message, prompting viewers to disengage emotionally, forget the ad, and ignore the brand. Brands like Nike and Adidas have set the standards when it comes to imbuing powerful sports content with relatable stories. These firms were among the first to recognise that people can represent brand messages through their human stories - even at grassroots level – and they demonstrated how emoti-videos can square the circle of digital performance and entertainment in a cost-effective way.

The risk when creating emoti-videos is that a single flaw in the film's authenticity can undermine the whole message.

As filmmakers, we are grateful that those global brands set the sports industry on a path towards engaging people through genuine stories and carefully crafted content. We don't just want to be superficially scraping the surface; we want to connect with people's emotional drivers. That's where content is going.