Friends with Holograms wants you to empathize in VR

From founder and CEO Cortney Harding and Chief Ideation Officer, Pamela Jaber, comes an interview that explains why immersive storytelling is so good for helping people connect with others.

Can you make Friends With Holograms?

No, but really. Can you?

Within the immersive VR/AR space, Friends With Holograms is a transformational VR/AR agency focused on creating innovative, powerful experiences that allow others to connect, empathize, and even, yes, feel friendship. We sat down with CEO Cortney Harding and Chief Ideation Officer, Pamela Jaber to figure out the how and why behind their company.

Tell us a little bit about how you got started in VR.

Cortney Harding: I have a background as a music journalist -- I started as a columnist for an alt-weekly in Portland, Oregon, and worked my way up to being a staff writer and music editor at Billboard. From there, I launched a consultancy helping international music startups launch in the U.S., wrote two books on music and technology, and taught rock criticism at NYU. I saw my first VR piece at an art gallery in 2015 and was totally inspired by it. I started writing and thinking about VR and wound up on a panel at SXSW in 2016, where I met a director who was launching a VR production company. I worked with him for a year and a half and then left to start Friends With Holograms.

Pamela Jaber: My background is in traditional video. I started doing high-end special effects work and editing, and then I became a director, working on TV commercials and videos. I also taught motion graphics/animation at the School of Visual Arts.

I got started in VR through a colleague I worked with at a large ad agency. He began collaborating with someone who had started a VR production company, and got me involved in the work and client projects. Because of my combination of technical and ‘storytelling’ backgrounds, I was fascinated by what might be done with this new medium.

Why is VR uniquely suited to tell stories?

CH: Because VR allows you to experience a story, not just watch it. We are moving from storytelling to “story living”—this is a trend that has been happening for a long time and accelerated with the rise of the internet. Only in VR can you control the narrative completely.

We believe that you should meet users where they are, not ask them to be someone else

PJ: VR is uniquely suited to tell stories because it is such an immersive and intense experience. While you are in the headset you are totally focused on what is going on and it can be quite emotional. The user is (or should be) actively ENGAGED with the story, and when written well, the fact that the user is part of the narrative makes it a very strong storytelling vehicle.

What does it mean when we talk about experiencing empathy through storytelling?

PJ: To me, it means that a story affects you in a way that allows you to understand what it is like to be in someone else’s shoes; to really feel that you know what they are going through and feeling.

CH: Here’s a good example. We built a piece for an organization that was trying to get corporate leaders to understand how it felt to be excluded in the workplace. The piece we came up with put the user in the position of someone being systematically left out of conversations; it was all very subtle but created a sense of frustration.

VR allows you to experience a story, not just watch it

One of the first people we showed it to was a middle-aged white man who was a senior manager at his family’s company. He did the piece and took off the headset and said “that wasn’t a conversation; that was an emotional experience.” He said he had never felt the way he felt in the headset before. Then he went back to his office the following day and made a bunch of changes.

People get very invested in the work. I’ve had people do our child welfare experience and cry, or ask me if the characters are OK.

Is there some psychology or study that’s been done to demonstrate this?

Cortney: Yup! The child welfare piece we built led to a 31% decrease in caseworker turnover in one state. Studies have shown that VR leads to 75% increase in learning quality and retention; 40% reductions in training time; and 70% performance improvement. It really gets in your head and you experience the content as if you’re living it in real life.

Why does VR allow users to experience greater empathy?

CH:  Because you live the story. We take a very hard line on this—we believe that you should meet users where they are, not ask them to be someone else. You cannot embody another person’s lived experience just by putting on a headset, and it is frankly insulting to the other person to diminish a life experience by saying someone can live it just by interacting with VR. But VR allows you to be on the receiving end of all sorts of experiences and feel them as if they are real.

Brands are already recognizing that having immersive experiences with a product or company is a very important part of their narrative.

PJ: In VR you are absorbed in what is going on and what the characters are saying to you and feeling. There are no distractions; you aren’t looking at your phone or at others. You truly feel that you are IN the situation, and if the characters are appealing to you or expressing emotions, you are deeply ‘in the moment’ and often more attentive than you would be even in real life.

Why is this important for the future of digital health and digital workplaces?

CH: Workplaces are going to be ever more diverse, and employers need to train massive groups of workers to adapt to this. Think of all the cultural barriers that need to be overcome in the next fifty years to move the economy forward. And the job market is so hot right now that companies are at a huge disadvantage if they don’t put lots of effort into retaining workers and creating equitable work environments.

Post-Covid, we are shifting towards an employee-led market, and talent will go elsewhere if they don’t get good training. VR allows companies to do this with a very high return on investment.

PJ: Being able to see and understand people with different points of view and different backgrounds will greatly aid health care and workplace environments. Communicating and working digitally is great, but it takes out a lot of the human contact that is needed to help people keep a more open mind and broader perspective of what others think and feel. How can VR be made accessible?

CH: VR is already accessible. Headsets cost less than $300 for a high-quality piece of equipment, and they no longer need special computers. We design with accessibility in mind and can build work that has subtitles or create Braille cards to accompany an experience.

He did the piece and took off the headset and said “that wasn’t a conversation; that was an emotional experience.”

At this point, a lot of big companies are using VR, and those who haven’t started investing in it are really falling behind. This isn’t some edge case technology like it was five years ago. Again, the technology is accessible.

PJ: If headsets would be distributed more cheaply (or even donated by manufacturers) to schools especially, that would be a great aid in making the technology more accessible and familiar.

Can you describe a story that needs VR  in order to be told?

PJ: A story that actively involves the User; where the User is a PART of the story and has some agency. Even in stories where the User is told what to say (with Prompt Cards), there is a real feeling of immersion and interaction. Stories that physically involve the User also require VR. When the user is actively engaged with characters or environments, it is a totally different type of narrative experience. This need for ‘presence’ is the basis of a story that is uniquely suited to VR.

What is the future of VR and branding?

CH: Every brand needs to start creating its VR strategy now. We’ve worked with several big brands, including Coca-Cola and Verizon, to help them understand the technology and how to use it to tell stories.

Brands need to be creating interactive experiences and letting people share them and get excited about them. The space is so wide open for creativity and it's honestly kind of a low bar right now—as long as it’s not just another Snapchat filter, brands will get tons of buzz just for trying something new.

PJ: VR and branding have some ways to go; aside from gamers, VR is not as widespread YET as it should and will be. But brands are already recognizing that having immersive experiences with a product or company is a very important part of their narrative. Being IN a space, talking WITH a person, being PART of an activity, are all incredibly strong ways for brands to connect with their audience. The fact that this type of engagement is possible and deployable on a large scale is what will make VR an indispensable part of branding. 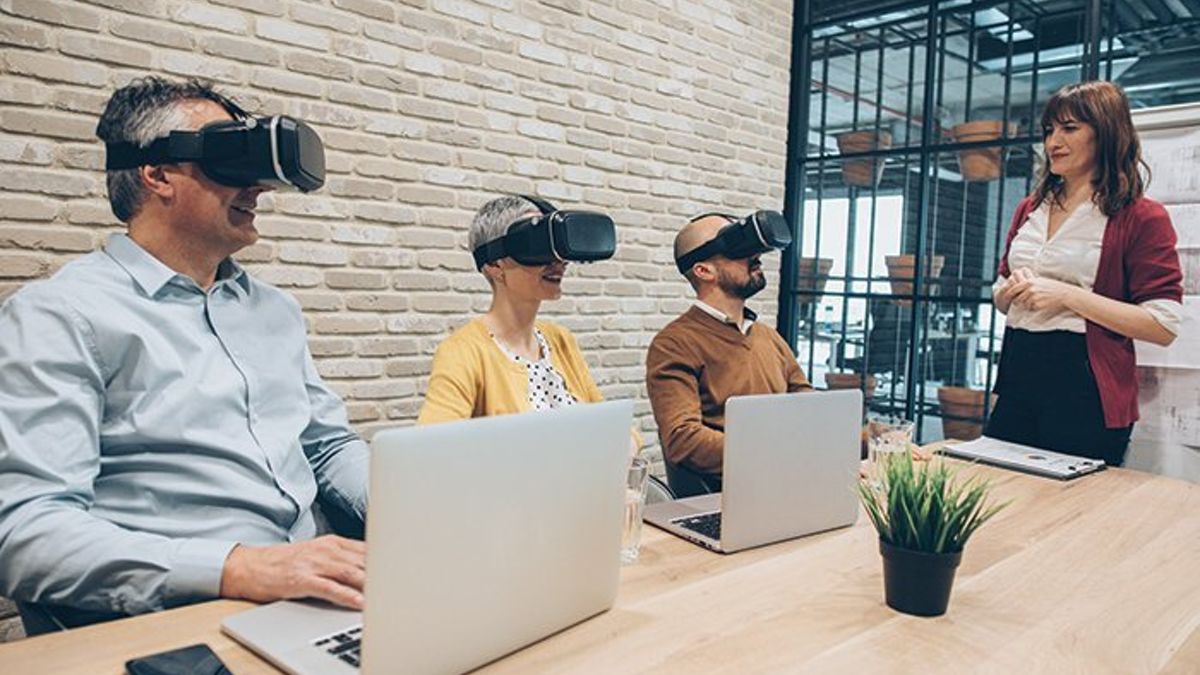