New to commercial directing, Mr Yankey relays how he moved from working on promos for artists such as Roll Deep, Sway and Kano to directing a back-to-school commercial for ASDA that keeps drill music in its DNA.

Having worked alongside directors such as Gus Van Sant, Tom Hooper and Nicolas Winding Refn, and with a background as an assistant director, Mr Yankey talks about the "unconventional path" from AD to director and how his love for music videos propelled his desire to direct.

He also talks about juggling the expectations of an ASDA client with the authenticity of drill music, and why some of the kids in the final spot are destined for big things. 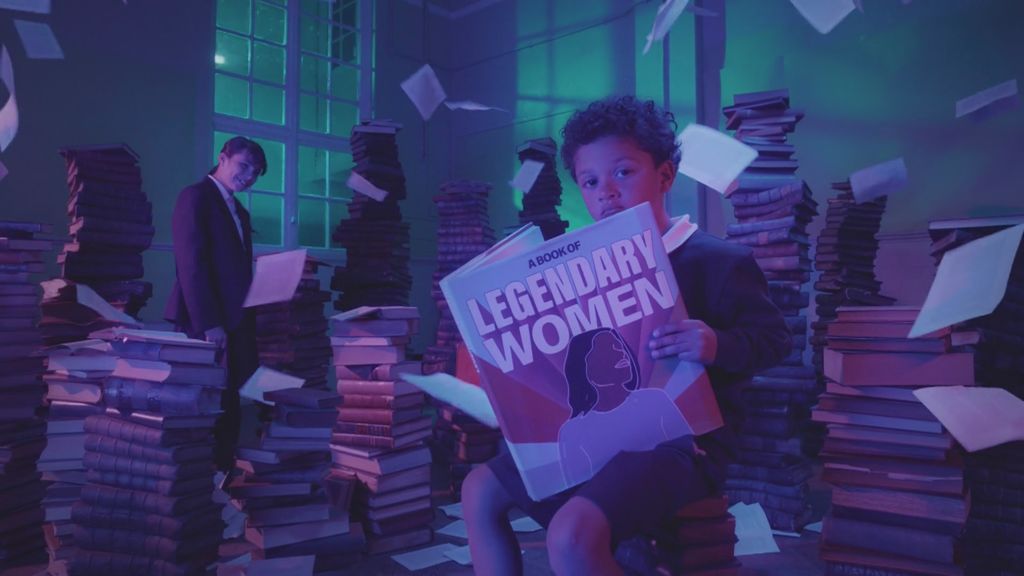 Above: Mr Yankey's first spot for ASDA is a drill-inflected tale of kids heading back to school.

You've worked as an AD, and on projects with high-profile features directors; how has that influenced your style and approach, and how did you move into directing?

MY: When I was a teenager, my sister moved into London to study music and media at the Brit school. I was only 14 at the time and never heard of it, but it opened my eyes to the fact that perusing a dream wasn’t a matter of fantasy. It seemed as though there was a tangible path that could allow you to embrace the things you loved and, for me, that was music.

I was obsessed with music videos, especially Hype Williams’ work; he was the G.O.A.T.

As much as I loved music I couldn’t create it. I was obsessed with music videos, especially Hype Williams’ work; he was the G.O.A.T. to me. I found it nearly impossible to listen to a song and not create visuals for it in my head, so I found a way to help those visuals escape and started making music videos. It became a new way to connected to the music loved so much.

I moved through college studying media and film before landing at De Montfort University, where I continued my studies in media and film, but most importantly, where I began to make legit, original, official music videos for local artists. When I left uni I fell under the tutelage of a director called Luke Biggins. We worked on a tonne of rap and grime videos for artists like Roll Deep, Pirelli, Sway, Kano, Blak Twang and, less than two years in, I was producing a promo for Ghetts out in Prague.

Through these shoots, I ended up forging a relationship with music producer Bless Beats and artist Janee Bennet, who I directed a bunch of videos for, with my first ‘proper’ budgets. Simultaneously, I was navigating my way through the world of television commercials as a floor runner. The level of craft and scale of the projects were out of this world; it opened my eyes to a new standard of filmmaking.

The path of an AD isn't the most conventional path to becoming a director, but I found it an invaluable one.

I learnt what worked, what didn't. I learnt what my strengths were and what aspects of myself needed work. I learnt what aligned with the kind of person I am, to understand myself and how I could apply these lessons to my style of directing. The path of an AD isn't the most conventional path to becoming a director, but I found it an invaluable one. 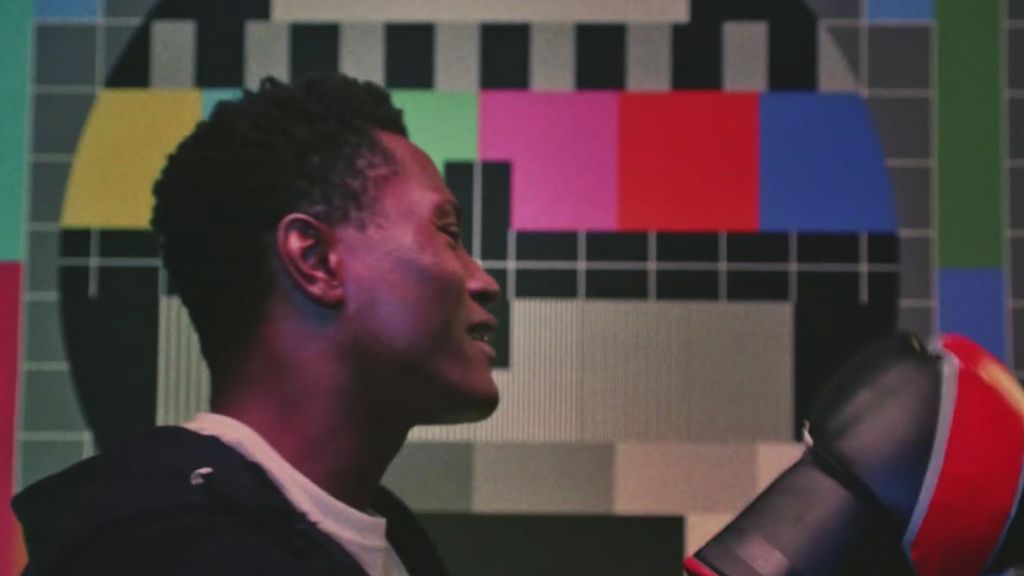 This is your first TVC: what was that experience like and how different was it from your previous projects?

MY: The experience was pretty special, to put it mildly. I was blessed with an amazing crew and cast, as well as a creative agency that had a lot of trust in me and gave me a lot of freedom to do my thing, which isn’t always so easy to come by.

For the first time I had the luxury of focusing on directing and not have to juggle multiple different roles.

The vibe on set was mint. It had that same kind of warm energy you get on a short film, or a passion project, where everybody is there because they want to be and there is a belief in the project. I was on a high throughout the whole shoot, so there might have been some rose-tinted vision there. For the first time I had the luxury of focusing on directing and not have to juggle multiple different roles. It was so liberating to have the time and space to develop the creative with our heads of department. Above: Kwame Kwei-Armah Jr, aka KZ,Mr Yankey's composer/producer on the ASDA campaign.

Did you immediately know how you wanted to approach the ASDA project as soon as you saw the script?

MY: When I read the script for a commercial that implemented a grime or drill track, I knew I needed to approach this project with as much authenticity as possible. I knew that we had to create a track with someone who knows the craft and the culture. I immediately thought of KZ [Kwame Kwei-Armah Jr], our composer/producer, who worked with Nines, Stormzy, Kojey Radical, as well as working on Nicôle Lecky and the BBC on [stage play] Superhoe.

I wanted to champion the genuine talent and passion of the children we were casting.

[Impero Creative Director] Alistair Mills had come up with the lyrics for the track, but it was important to allow our artists to be able to adjust and adapt the lyrics so it suited who they were and the flow they would bring. I also wanted to champion the genuine talent and passion of the children we were casting. The script was all about children who are excited about going back to school, and the pride they hold for the passions they each have.

In my first meeting with [Casting Director] Selma Nichols, I stressed that I wanted to cast people that were genuinely excited and passionate about maths, science and basketball and people who had a flair for rapping. This was really important to me, and Selma smashed it out of the park. If the cast starts with a genuine passion as their base foundation, their performances can only elevate from there. Above: Mr Yankey, aka Ato Yankey.

The old adage states 'never work with children and animals'; how was it working with a cast of kids?

MY: I have worked with children (and animals) a lot in my lifetime and they do present their challenges but, in all honesty, I love it. I love their candour and the fresh perspective they present, and I think we tend to get on pretty well.

The alumni of this ad are going onto big things and I’m just glad I had the opportunity to work with them now.

I was in awe through the entire casting. I’ve never met so many talented kids. The dance rehearsals and vocals recordings with the cast was a ridiculous amount of fun. We got to know each other outside of the pressures of a shoot. KZ and Kloé Dean, our choreographer, really helped to galvanize our relationship with the cast; it laid down a lot of the groundwork for the shoot day.

Onyx, who opens the ad, is a literal child genius. She’s already creating entire songs with musical structures. Watch out for Why’d You Call Me Blud; it’s deep. The alumni of this ad are going onto big things and I’m just glad I had the opportunity to work with them now. 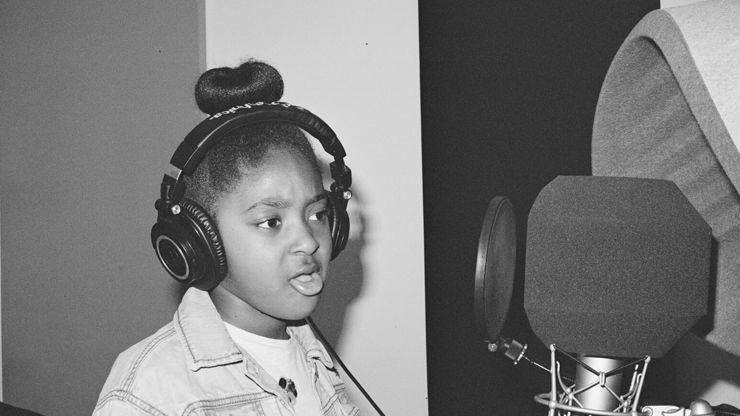 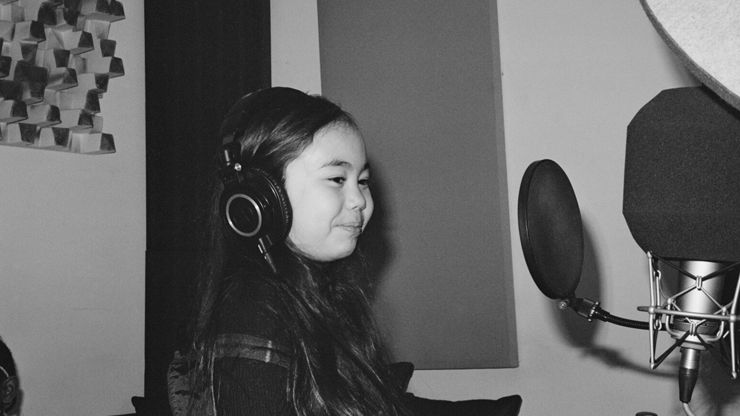 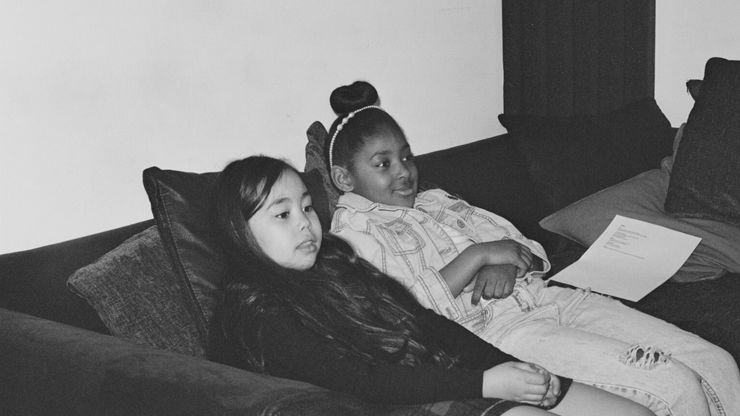 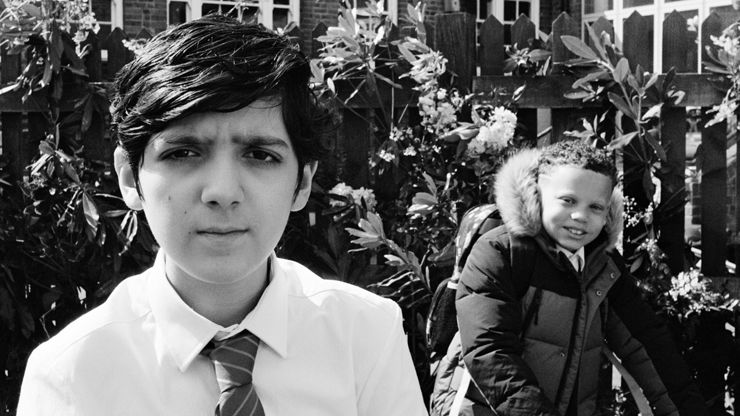 Above: Some of the on-set images Mr Yankey shot while working on ASDA's Arrive Like You Mean It, including Onyx [far left], one of the stars of Mr Yankey's recent ASDA spot, is a musical star of the future.

What was the most challenging part of the project for you?

MY: The shoot seemed to go pretty flawlessly, I’m not gonna lie. Or maybe that’s a false perception that I have. The biggest challenge was probably juggling the authenticity of drill music in the frame of a kid’s ad, and meeting the needs of the client. I don’t think ASDA would have ever gone for the darker aesthetic that a lot of drill videos present, it was about finding that balance.

The biggest challenge was probably juggling the authenticity of drill music in the frame of a kid’s ad, and meeting the needs of the client.

You are also a photographer and took a lot of on-set images; is that something you always do on your directing projects and how - if at all - does it aid your creative process?

MY: A lot of the photos I take tend to be observational, finding something striking in the everyday; I find it a great way to explore my environment. But, to be honest, I’m usually quite busy or focused on the project in hand to take too many snaps on set, but it’s something that I try and do more often now. It helps me centre myself. Sets can get quite hectic. Looking at the world through a viewfinder helps you shut off the noise around you and focus on what’s in front of you.