Be The Athlete No One Saw Coming with Under Armour

Under Armour launched its newest social content starring five-time All-Star Joel Embiid, as part of the brand’s Be The Athlete No One Saw Coming campaign.

In this :30 social content, Embiid is first seen practicing on a professional basketball court as an announcer asks, “What are the odds that Joel Embiid will lead his team to the top?” The scene then flashbacks to Embiid as a child, playing basketball on the courts of his hometown in Cameroon, as numbers flash across the screen quantifying how incredibly slim his chances of “going pro” seem.

In a series of quick clips, Embiid is shown working hard to hone his skills over the years and improve his strength throughout high school and college, all culminating to a recording of the 2014 Draft where he is chosen as a first round pick for the Philadelphia 76ers. The clips cut back to Embiid confidently showing off his skills up and down the court boasting a look of accomplishment then determination.

Under Armour – Be The Athlete No One Saw Coming: Joel Embiid 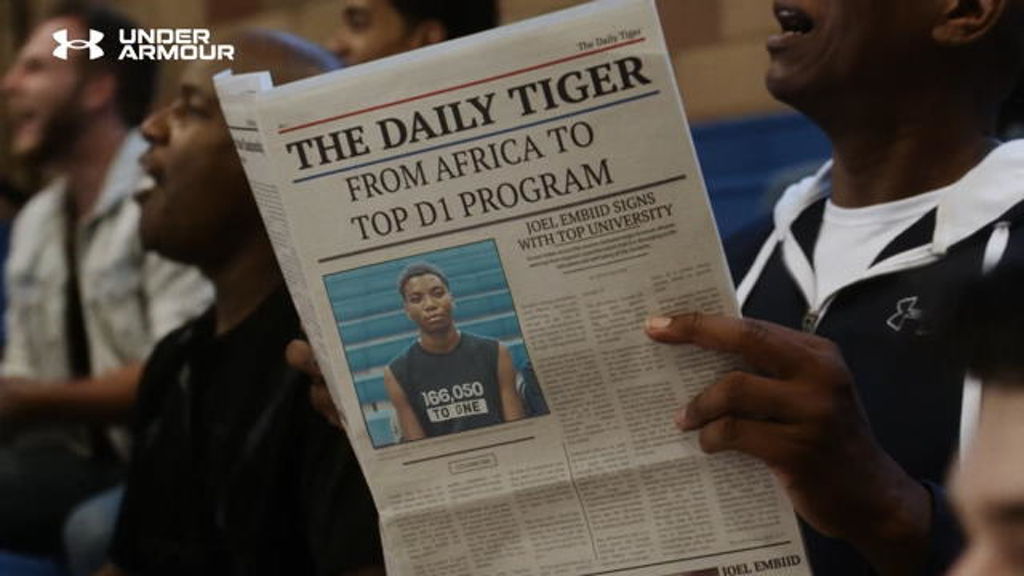 In the production of both Joel and Jordan’s content, a statistician was brought in to validate the numbers used to show the odds, which truly demonstrate how athletes have to often overcome steep odds to be successful. Highlighting these numbers on screen played an important part in telling the inspirational stories behind the journey of both Joel and Jordan, with the purpose to motivate athletes to overcome the odds and be the next athlete.

The work comes from creative production partner Tool, directed by Floyd Russ. Tool also served as the creative lead on both the Embiid and Jordan Thompson content.

Under Armour’s new campaign has created a rallying cry to fuel self-confidence in youth athletes and provide them with new opportunities to forge their own path to greatness. The brand looks to inspire the next generation of young athletes by empowering them to Be The Athlete No One Saw Coming.

Under Armour – UA NEXT: Providing Opportunities With Jordan Thompson