From iPods to iTunes to breakthrough campaigns, “Think Different” to “Welcome Home,” Apple’s ability to tap into both original and licensed music elevates it to Hall of Fame status.

Apple advertising has set the tone for the use of music and sound, both original and licensed, for over 20 years.

From the fluidly orchestral track that accompanied its first groundbreaking Think Different ad in 1997 (with music from Elias Arts) to the use of Anderson.Paak’s Til It’s Over for its Welcome Home spot for HomePod in 2018, Apple has consistently employed music to create an enduring bond between its products and its often passionate consumer base.

As a result of its ongoing mastery of all things related to music and sound, the Association of Music Producers will induct Apple into its Hall of Fame at the upcoming AMP Awards for Music & Sound, set for May 21 at Sony Hall in New York.

The AMP Hall of Fame is given for Outstanding Achievement in the Use of Music to Define the Brand. Prior inductees into the Hall include Coca-Cola, McDonald’s, VW, Mars, Budweiser and Pepsi. The Hall of Fame trophy will be accepted on behalf of Apple by David Taylor, Head of Music/Original Content, Worldwide Marketing & Communications.

“There was little debate about this selection,” says AMP President Elad Marish, Partner at Swell Music + Sound in San Francisco. “Everyone in the advertising community, and particularly those of us who create, source and produce music, have been in awe of Apple’s music and sound choices for years. Their partnership and collaboration with agencies and music companies has produced one highly successful ad campaign after another, and they truly represent what the AMP Hall of Fame is all about. It’s high time they were recognized with an honor such as this.”

With launch campaigns for revolutionary products like the iPod, iPhone and iPad and with its debut of iTunes, the company has put itself at the crossroads of music and advertising. The music heard in its ads has found its way to many ‘best of’ lists, and been covered in depth by online publications from the music, business and consumer media.

Indeed, for up and coming bands and artists, having one of their songs selected to provide the soundtrack for an Apple spot can be a transformative experience. In addition to licensing the music of rock and roll’s greats (such as the Stones’ She’s a Rainbow for the intro of the iMac in 1999) to music from U2 and others, Apple and its agency, TBWA\Media Arts Lab, has tapped bands like Jet, Feist, Wolfmother, Daft Punk, Gorillaz, Sofi Tukker, Marian Hill and many more.

Yet Apple has often turned to advertising’s music and sound companies to create the music and sound accompaniment for its commercials. Human, for example, won both Clio and AICP honors for its original track for Apple’s Future of Television spot launching Apple TV.

Apple is no stranger to the AMP Awards either, having won the Best Use of Licensed / Pre-Existing Song category in 2016 for an iPad Pro spot and again in 2017 for a spot for the iPhone 7.

The AMP Awards winners will be presented at a gala presentation set for Tuesday, May 21, 2019, at Sony Hall in New York City. To purchase tickets for the event, click here.

To view past winners of the AMP Awards, click HERE. 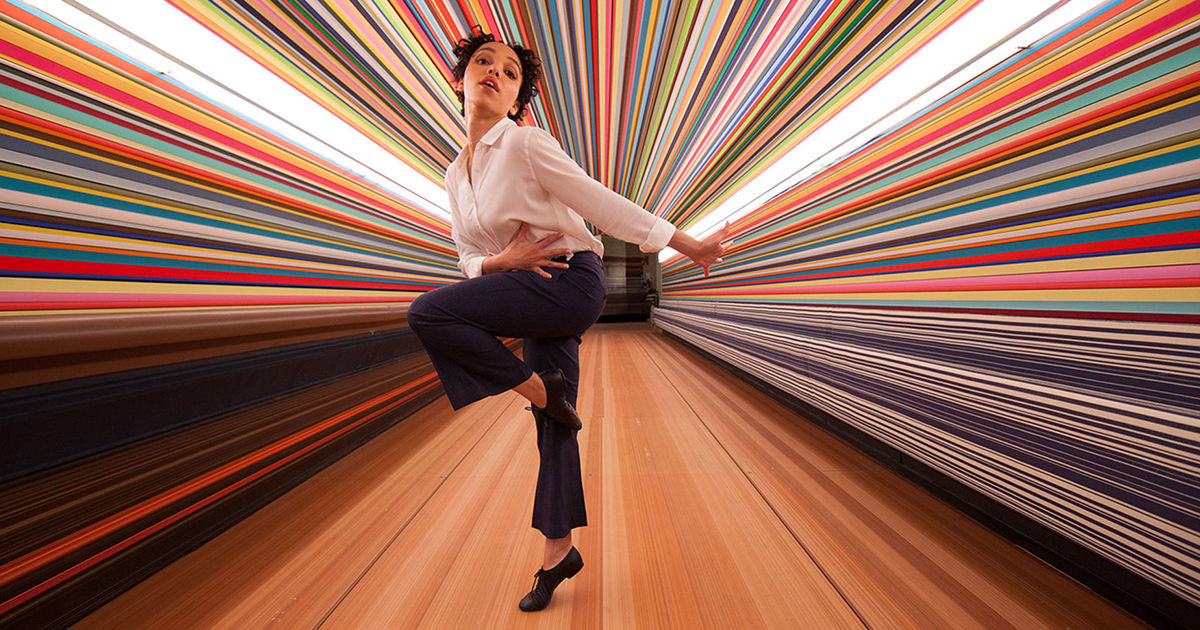