Kathryn Jacob OBE, CEO at Pearl & Dean chats to Mr President's CCO, Laura Jordan Bambach, and VOWSS founder Maureen Bryan about a topic close to all their hearts – diversity and inclusion in film and advertising.

by Kathryn Jacob on 9th July 2018
This article was created before we re-designed shots – it may look a little strange or not have the same features as new articles. If you see something particularly wacky, please let us know on shots@extremereach.com
Share

It would have been very hard to miss the ongoing discussions around the need for diversity and inclusion in the creative industries over the past year and a big part of the narrative has been focussed on how to make real change to female representation. In particular, the #MeToo and #TimesUp movements have taken off with spectacular momentum and have been followed up by the media industry’s own #TimeTo initiative, designed to create real change and end sexual harassment for good.

2018 feels like a watershed moment for our industry if we’re to make a difference in the opportunities women are given to rise up the ranks. One way we can make real change in this area is to give women the chance to see themselves and the “real” women they know reflected back at them on the big screen, in interesting and complex roles.

"Advertisers take note: audiences are parting with their cash to see diversity on screen."

When it comes to advertising, our industry has often followed in Hollywood’s footsteps. Cannes Lions itself was born out of the desire for SAWA (Screen Advertising World Association) to have its own version of the Cannes Film Festival. There are so many ways in which Hollywood still has a long way to go, but there are certain ways the ad industry can emulate the progress being made in La La Land when it comes to inclusivity. Not just recognising the need for diversity, but by giving new voices a seat at the table. A study conducted by the Center for the Study of Women in Television and Film at San Diego State University found that having female exec producers and directors on films meant that more women were hired to make up just over half the writing staff on female-directed films, as opposed to 8% of the writers on male-directed films. Hollywood has brought out a crop of amazing films this year, led by Black Panther, Wonder Woman, Call Me By Your Name and many more that challenge perceptions and we’ve really seen audiences jump at the chance to see a different, more representative reality reflected on screen. Advertisers take note: audiences are parting with their cash to see diversity on screen and to hear new stories that are inclusive of women, BAME people, people with disabilities, and of people with different sexualities and gender identities.

I believe the advertising that supports these amazing movies should be as challenging as the movies themselves, and one of the areas we can make a difference to this is by putting women in the director’s chair for ads as well as film.

So with this in mind, I caught up with the VOWSS' co-founders, Laura Jordan Bambach, chief creative officer at Mr President and Maureen Bryan, founder of Voice of a Woman, to see what they think about female representation in the advertising industry and what the next steps are for us. What was the mood at Cannes Lions this year, post-#MeToo and with initiatives like #TimeTo having taken off?

Laura Jordan Bambach: Obviously there was a lot more conversation around the gender imbalance and representation, and issues around sexual harassment. However, in contrast to the Cannes Film festival, there were fewer big-impact statements, and the conversations were still very much seen as ‘women’s things’. Support for some of the bigger initiatives like the VOWSS, which is set up to create change rather than talk about it, was wonderful from Cannes itself, and from some media, but it very much felt that the advertising and media public still regard it as someone else’s problem.”

Maureen Bryan: There was definitely a sense of solidarity among women, with more women leading conversations for change.

Are initiatives like #TimeTo actually changing the dial, or is action more important than words?

LJB: Nothing has ever changed with words alone - you need the conversation for sure, but now is the time for action. We build on each other – it’s not one thing or the other. It’s a deeply rooted inequality that won’t be solved overnight, or with simply one initiative. MB: I believe action is absolutely crucial at this time. There's a desperate need for a paradigm shift and disruption of the operating systems of old. The code no longer works for our modern times, so initiatives that galvanize and lead movements that disrupt are critical.

Do you agree with quotas, or do they lead to tokenism?

MB: Quotas have worked in Nordic countries so why shouldn't they work elsewhere? What else will it take to make a difference, quickly - to overhaul a system that has been operating in a set way for centuries? Do we leave it to the 'business as usual' model of leadership to make the change? Maybe what is required is a way of monitoring checks and balances that ensure racial and gender equality. Left purely to individuals in leadership to do the right thing it will happen too slowly, and the excuse will be that there ‘wasn't a suitable candidate’ for the role. There are great, talented women out there waiting for the opportunity, waiting to be taken seriously, and they need the opportunities and right environments within which to flourish. It really isn't rocket science.

LJB: The industry isn’t moving fast enough on its own - the nebulous nature of creative work means that at the moment it relies on opinion and meritocracy, but we know this just supports and builds more of the same. Diverse voices need to be part of the decision-making process and I think quotas are a great way to tackle this. The question of tokenism to me is crazy - there are plenty of worthy and talented people who are overlooked because of our current structures. They are just as worthy as anyone who currently gets an easier ride because of their privileges, whoever they are. The tokenism conversation is an excuse not to give up power by those who are around the table currently, to people who are equally worthy. It stops women and other different voices from asking for what they deserve. It creates a sense of shame about their own achievement that holds them back.

What research is there that can you point to that shows women still have work to do/are making progress in directing?

LJB: There’s a plethora of research in advertising from organisations like SheSays and Creative Equals that shows that there is movement, but it’s slow. And conversations with friends client-side about Free The Bid have made it clear that often female directors are included but not sold in with the same excitement and vigour by their agencies.

MB: Since the Cannes Film Festival was founded in 1939, they have only ever had one to three women directors in competition amidst a sea of up to 23 or 24 men in any given year of competition since 1939! Only one woman has ever won the top prize in Cannes - Jane Campion - and the same appalling stats exist for the Oscars. Patty Jenkin's Wonder Woman, Kathryn Bigelow's Detroit, Ava DuVernay's A Wrinkle in Time and Greta Gerwig's Lady Bird look less like progress and more like 'hush' tokens... But movements like #MeToo and #TimesUp are pushing to create greater change. My concern is that things move way too slowly with what looks like some measure of resistance.

Do you think the Glass Lion is on the whole a good thing for diversity in the industry or will people game the system to win?

LJB: It’s a great thing, but it’s only the start – it’s not the answer to all our advertising industry woes. For example, when I judged the inaugural Glass Lions in 2016, the audience was almost empty for the judges’ roundup - again because it was seen as a niche, ‘women’s’ thing. This has to change.

LJB: Sadly, I’d have to agree with this one. For all the talk, we are not making the progress we should.

MB: Yes - there are countless #Metoo like experiences for women in advertising. There’s a difference in structure, which is why advertising is slow to move. There are many too afraid to risk the security of their positions, whereas the construct of Hollywood engages with a lot more creative mavericks who are, at their core, disruptors.

What one piece of advice would you give to nudge the industry towards gender equality? How can the industry be braver?

LJB: Embrace the change, don’t fight it or belittle it. Look for what voices are missing at the table and make room for them. Your work will be better.

MB: Gender equality makes economic sense - it's crucial. I believe that archaic constructs of leadership and just one point of view on our world will have a difficult time finding relevance and keeping up if they do not diversify and empower new ideas.

What female directorial talent should we keep an eye on this year?

LJB: Jenn is an incredible storyteller and wonderful filmmaker. 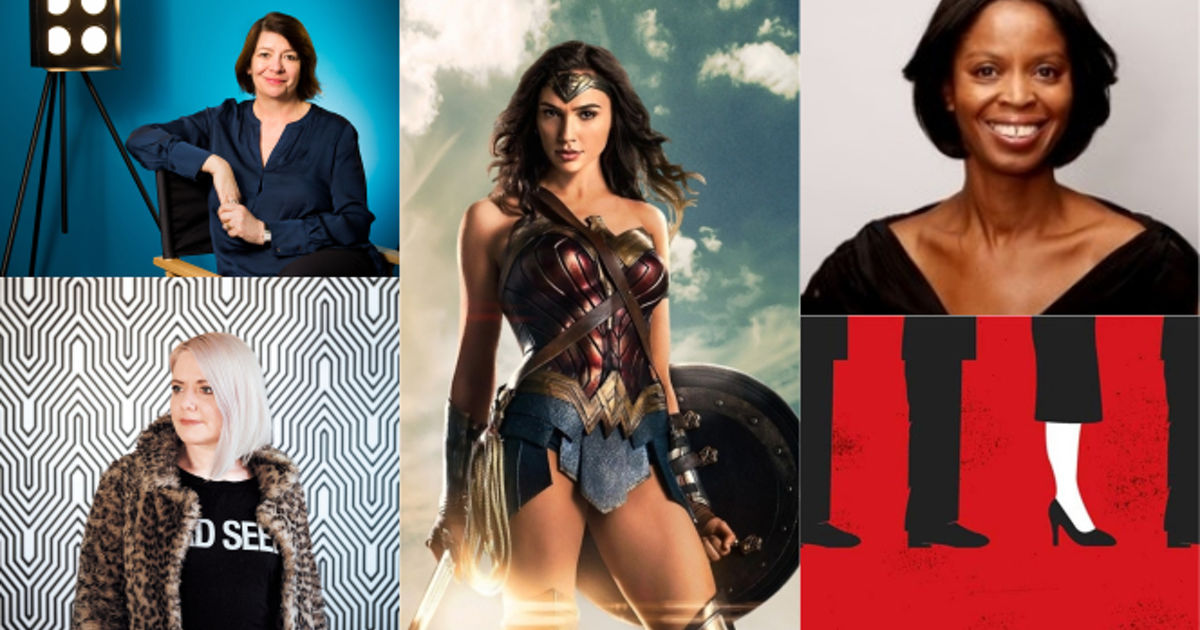 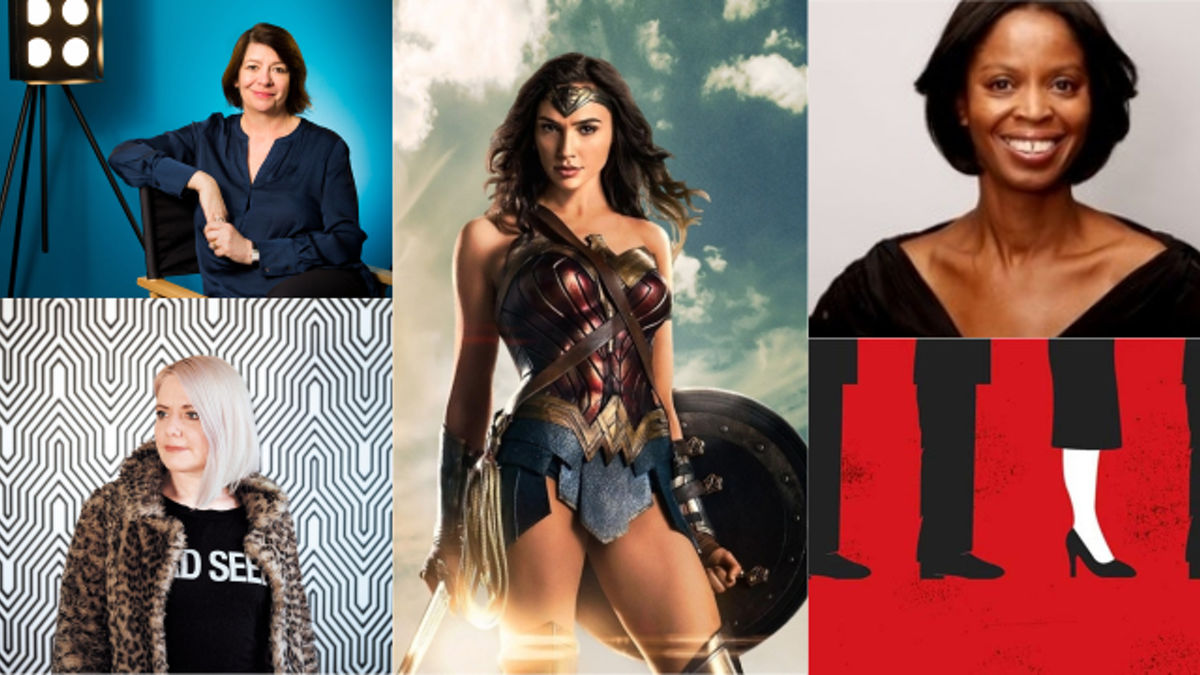