Why David Lubars is a hire power

BBDO Worldwide's CCO has been the brains behind numerous massively successful campaigns, but despite his success, he humbly maintains that he's no hero: that honour goes to the people.

He pioneered branded entertainment with BMW Films’ seminal web series, The Hire, transformed BBDO New York into a "21st century version of a kick-ass 60s New York agency” through mould-breaking campaigns for HBO and Snickers, and boasts more than 160 Lions to his name. For David Lubars, that’s just called “doing a good job”: it’s the people, not the creatives, who are the real heroes of advertising.

Everyone carries some kind of burden. So when it comes to advertising, heroism is trying to be kind and finding a way not to be part of that burden. What is the way to not pollute the culture with crap and inject some fresh air? And by the way, there’s a practical reason to do it too. Because no one’s going to buy something from a brand they don’t like, unless it’s some life-saving drug. If I’m sitting with you at dinner, do you want me to be poking my finger in your face, telling you how great I am? Or do you want to have a nice conversation, where I’m charming, I listen and I want to hear you talk?

I’ll never call them consumers [or] the target market. I find that condescending and patronising. I just call them people.

My real heroes are the people out there who I send my clients’ messages to. I will never call them consumers. I’ll never call them the target market. I find that condescending and patronising and dehumanising. I just call them people. You have to respect the integrity and dignity of your audience. You’ve got to put them on a pedestal, because if you don’t, you’ll never connect with them and it’ll feel false and glib. Like 98 per cent of advertising is.

I’ve had many personal mentors. Tom Monahan [of Leonard/Monahan] who gave me my first job, way back in the day, at his tiny little agency on Rhode Island. He was an amazing moulder of clay, as was Jon Goward at Clarke Aronson Goward. They may not be globally famous, but they were amazing teachers and I wouldn’t be here without them. And Greg Hahn, my current NYC CCO.

At Chiat/Day, there was [copywriter] Penny Kapasouz, a genius at print advertising, who did Apple’s 1984 Mac ad – “If you can point, you can use Macintosh too.” She’s unheralded, but was a brilliant writer: tough in the best way. She and Steve Hayden and Lee Clow ripped me apart and built me back up to be a real writer. I arrived at Chiat as a 23 year old having already won some yellow Pencils, so I thought they’d cut me some slack, but no. It was like being in the Marines.

I’ll always be grateful to Dan Wieden. In 2001, we entered the BMW Films work [The Hire] into Cannes Lions, and they sent it back with the money, saying, “Well, the jury president questioned whether it was even advertising.” I was furious. Because the question should be: what is advertising? If you’ve got this new medium called a computer, you can’t do the same thing as a TV commercial. The following year, Dan was the jury president, and he invented the Titanium Lion specifically for BMW Films, as a way to recognise work which shows the way forward so much that it can’t be put in a traditional category. I always admired the thoughtfulness of that. 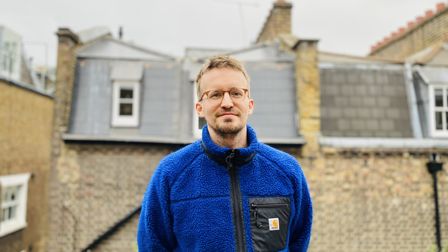 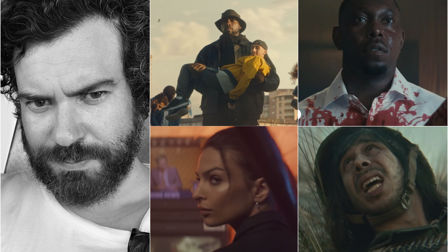 With BMW Films, we knew we were going into a new territory. There were lots of scary elements to it. Up until then, we had been taught: compress, compress, compress. Even a 60 [second spot] felt long, and like: you’ve got to really fill that thing up! So five or six minutes felt like five or six hours to us, and with sub-plots and time-shifts, the whole thing was foreign. In fact we were so nervous about it that I hired Hollywood screenwriters to help us in the beginning. But they were terrible! They had no idea how to respect the brand or [incorporate] it organically as opposed to some gratuitous throw-in. Hollywood screenwriters are great, but they’re purely about entertainment, not the discipline and rigour of how does the brand and product fit into the work in a way that still feels entertaining and different. So we taught ourselves. And if you watch [the films] in sequence, the first one is kind of flabby, but then they get better and better and better. We worked out that’s what agencies do: protect the brand.

My job now is to keep stirring the cement, because when it hardens on an agency you’re stuck in it, and you can’t flow in the direction the world wants you to go. I’m sure, if I was starting out today, they’d say I had ADHD. I’m always looking for things that will make our clients not bored – something interesting, innovative and effervescent – from BMW all the way up to what we’re doing for Snickers right now. A lot of stuff that made BBDO New York famous was carving new channels.

In fact, the enemy and the thing that’ll mean the end of our species is “enoughness”. Being satisfied. They say you’re exposed to 5,000 messages a day from the various mediums and channels. I challenge you to remember two. There’s so much money and waste. How does that help people love your brand and buy your things? Being satisfied with average is the enemy of everything.

In fact, the enemy and the thing that’ll mean the end of our species is ‘enoughness’.

Who will be the creative heroes of the future? Well, it’s a different type of person who succeeds today [in advertising] than in the last generation. Thirty years ago, the horizon was defined. There was the sun, there was the blue sky, there was the water, and you had to fill it with some good things. I’m not saying it was easy, but it was defined; you knew what you were doing. Today, when you wake up, every day there are new inventions and games and developments, and it’s like fog: you can’t see the horizon line at all. You have to be comfortable in the fog, knowing that occasionally there’ll be shafts of light coming through the clouds – and you grab onto them and bam! You get something new, and then it gets foggy again.

There will never be a defined horizon line again, so you have to be comfortable with organised chaos. And I don’t think that [way of looking at things] can be learned. It’s a headspace. I’m 59, but I see people who are 39 and they seem old fashioned and stuck to me.

…all the mentors I mentioned aren’t whacking the horse of something they did in 1992. They’re always delivering, year after year.

I’m not comparing myself to them, but look at people like Miles Davis or the Beatles, or Hemingway. I admire them because they weren’t living off the fumes of one achievement, in the same way all the mentors I mentioned aren’t whacking the horse of something they did in 1992. They’re always delivering, year after year. And that’s what I’ve tried to do over 30 years.

Really, there’s nothing heroic about me or our industry. Being good at your job? I’m more comfortable with that than being a hero. 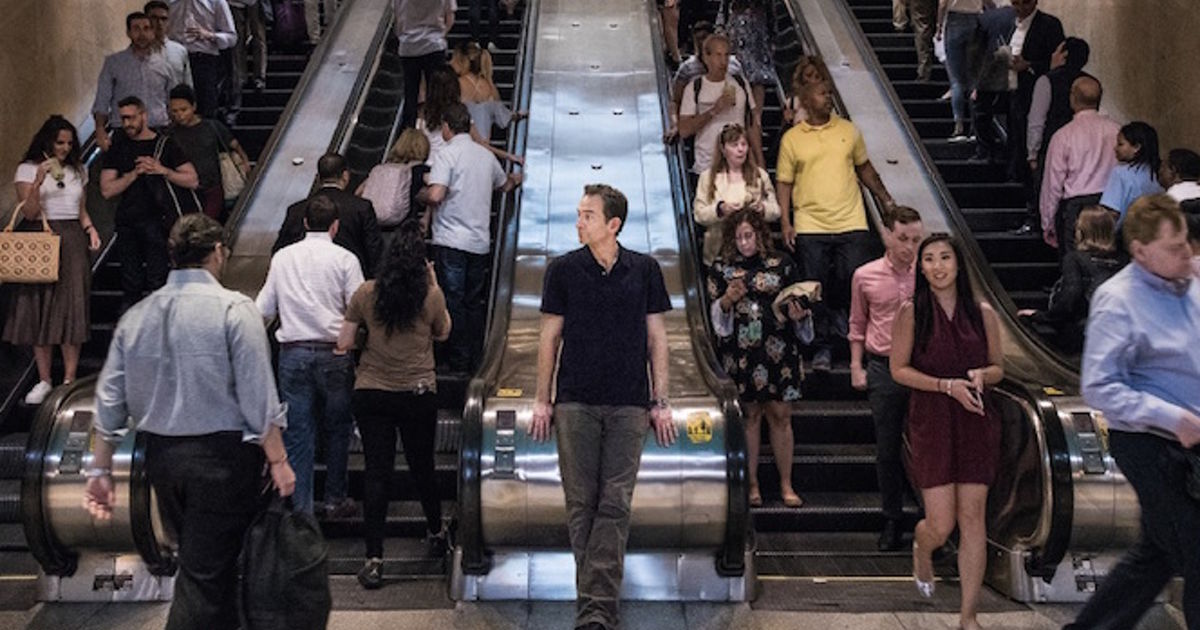 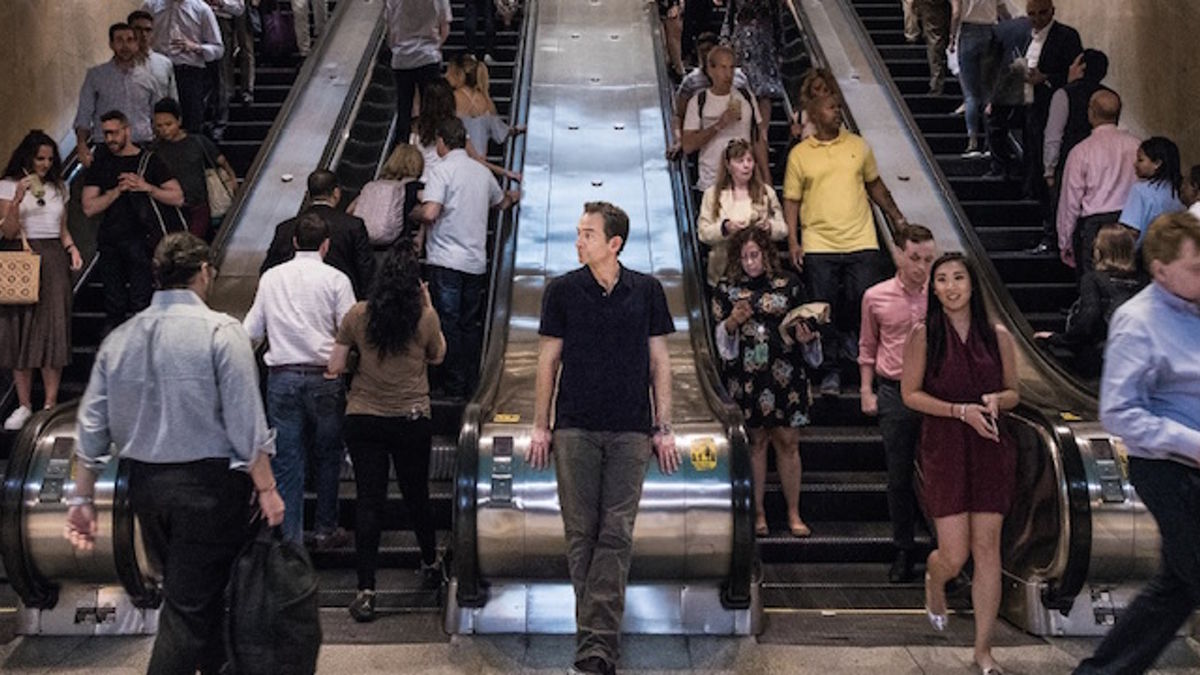