by shots on 8th July 2016
Prev Post
Next Post
This article was created before we re-designed shots – it may look a little strange or not have the same features as new articles. If you see something particularly wacky, please let us know on shots@extremereach.com
Share
Prev 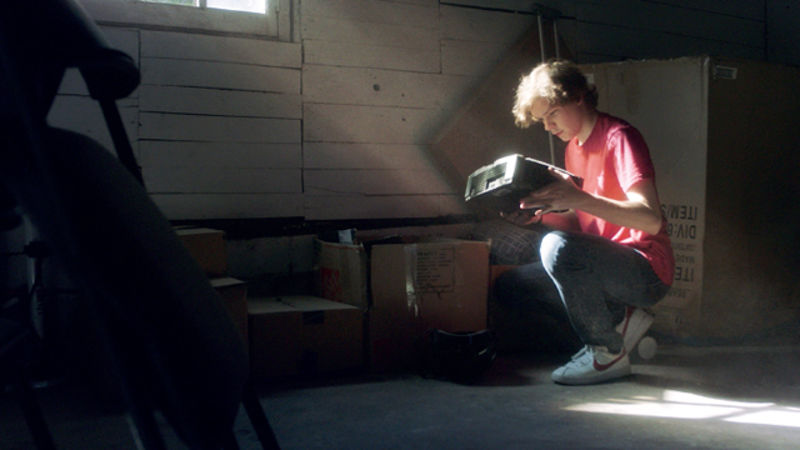 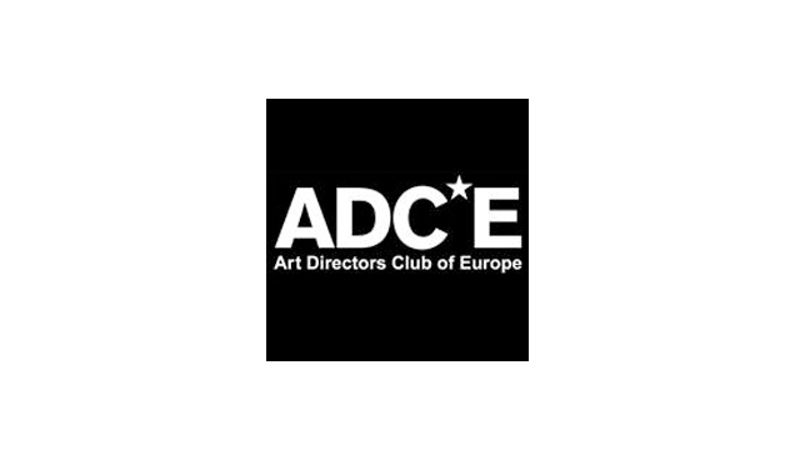 Created as the centrepiece of the show, Ridley Scott Associates and Black Dog Films director Toby Dye has devised and directed ‘The Corridor', co-written with Chris Bovill and John Allison. 'The Corridor' is a ground breaking film installation designed to provide viewers with a spectacular immersive experience at the heart of the exhibition. ‘The Corridor’ was produced by Rebecca Mills and exec producer Katie Dolan.

Starring Joanna Lumley and Aidan Gillen, the installation features four distinct films in which four narratives bleed into one another, crossing Kubrickian corridors as they weave together a disorientating, hypnotic tale of control, violence and a doomed cycle of power.

Celebrating the legendary filmmaker’s themes and stylistic devices, the installation plays on a continuous loop, providing an immersive, interactive experience that enables the viewer to self edit the narrative, creating a new perspective on each subsequent viewing.

Kubrick had agreed to direct the video for a track on UNKLE's 1998 Psyence Fiction album, but died before he could do so, leaving only one track (Lonely Souls featuring Richard Ashcroft) without a video. Made with the blessing of Kubrick's estate, ‘The Corridor’ is that video.

Curator James Lavelle says: 'I've worked with Toby for many years and together we've always strived to push our collaborations as far as possible in terms of creative and technical ambition.

The style of The Corridor is very much influenced by the period in which Psyence Fiction was made: the film making of the 90s by the likes of Chris Cunningham and John Glazer was ultimately very artful, and we wanted to make a return to that less literal visual language. The Corridor is an ode to Stanley and a celebration of his technical genius. Whether we would have convinced him to do the film for Lonely Souls I'll never know, but I hope he would have enjoyed our efforts.'

Director & Writer Toby Dye says: ‘For me, the unblinking red eye of 2001 A Space Odyssey’s HAL 9000 perfectly encapsulates the cinema of Stanley Kubrick. For all his films share that same coolly analytical gaze, studying from afar mankind and all its many foibles. Kubrick’s camera never appeared to follow the action, it was as if it moved of its own accord and the tableau of life simply unfurled before it. It was his seemingly never-ending camera zooms from Barry Lyndon that first sparked the seed of the idea behind The Corridor, before that idea grew, and grew into something that was, at times, infuriatingly ambitious, but I hope in the best tradition of the man who inspired it.’

Writer John Allison says: ‘Stanley Kubrick is the greatest artist of the 20th century. Film, TV, fashion and music his influence is everywhere. The Corridor is a celebration of his technical innovations and his thematic obsessions. We wanted to immerse people inside a Kubrickian world everything is ambiguous but nothing is vague.’

Aidan Gillen says: As sadly I'll never get to act in a Kubrick film for very obvious reasons I was straight in when Toby offered me the chance to be part of 'The Corridor'. We're both massive Kubrick fans and wouldn't let the opportunity to pay homage to THE master of modern cinema pass by. The film gave us the chance to immerse ourselves in Kubrick's style and unpick the lore and legend that surrounds his filmmaking. The idea was to channel the atmosphere of his work in an effective way and viewers of 'The Corridor' can decide whether we were successful.

Joanna Lumley says: 'Kubrick's influence over generations of filmmakers is immense - that he still exerts such inspirational force is testament to an incomparable body of work. 'The Corridor' project bravely tries to build on Kubrick's innovations and I immediately understood director Toby's vision for the piece. It was a wonderful opportunity to pay homage to one of the greatest visionaries in film.'

Moving Picture Company says: MPC were challenged to help realise Dye’s vision of the abstract ‘endless corridor’. Their team of artists and producers were brought in to consult on the project from the outset. Following several creative problem solving sessions, MPC helped supervise the complex shoot and provide VFX to ensure all four films seamlessly stitched together to achieve the endless zoom, as well as also ensuring the 4 narratives neatly choreographed together across the four walls. MPC said "this has been a hugely rewarding project. The team have been fantastic to work with and we are proud to celebrate the great work from Stanley Kubrick which is close to our hearts”. 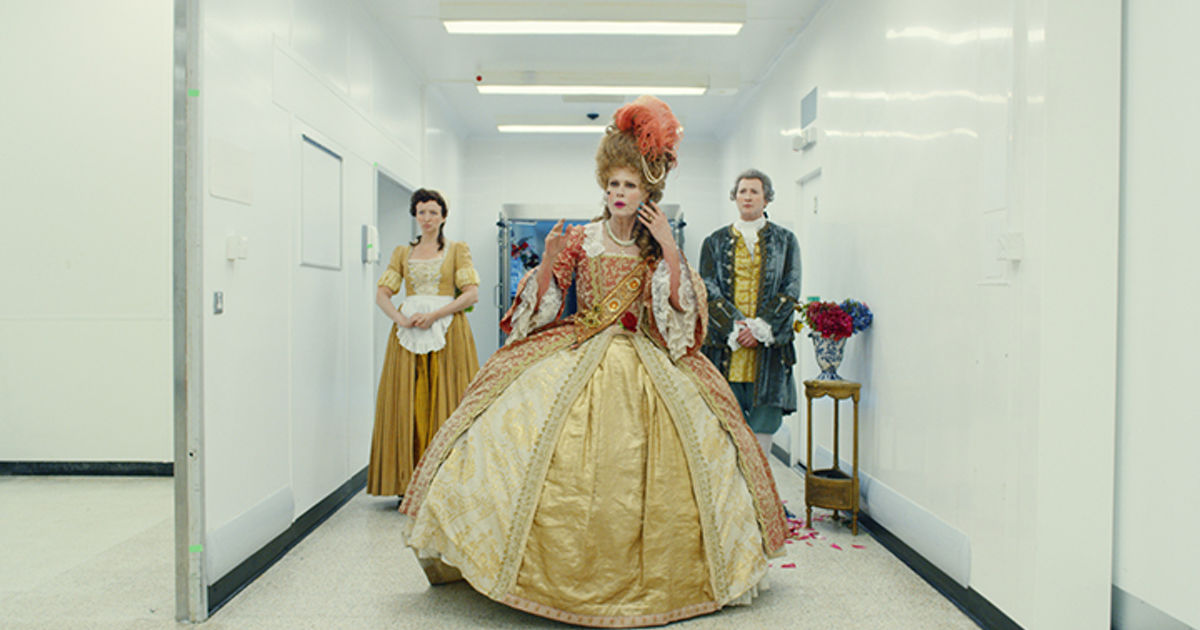 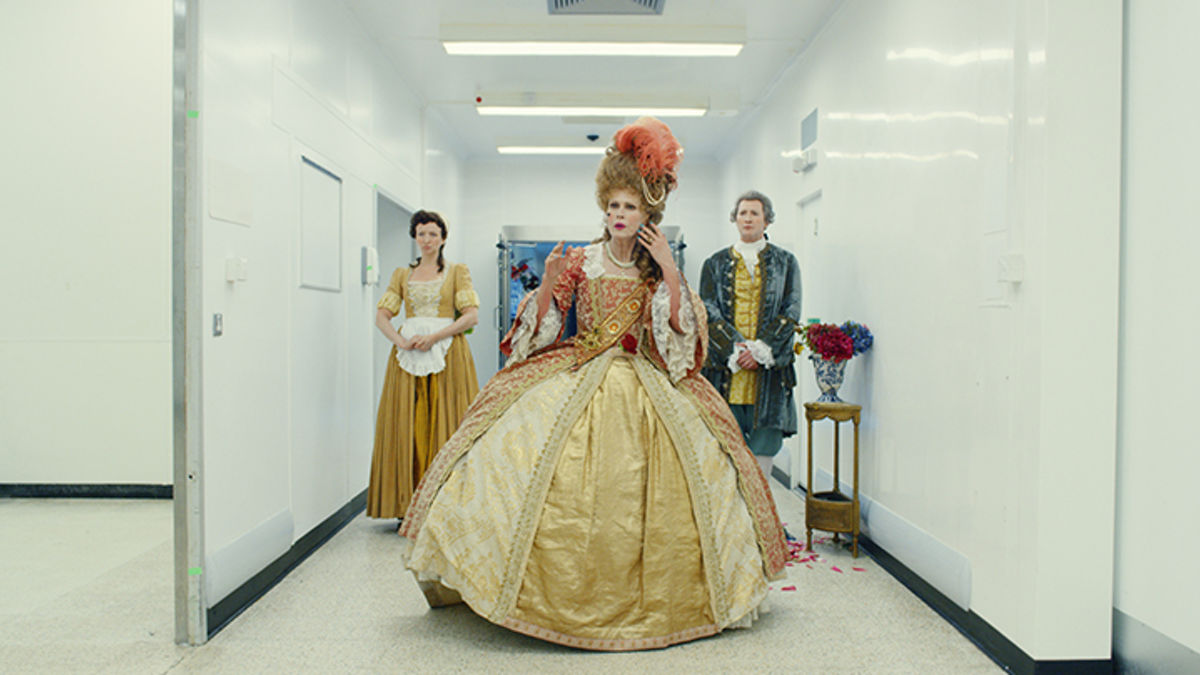