Ben Weinstein and Cedric Giese talk us through their hilarious campaign for Extreme Reach, in which dreaded ‘air quotes’ are battled. 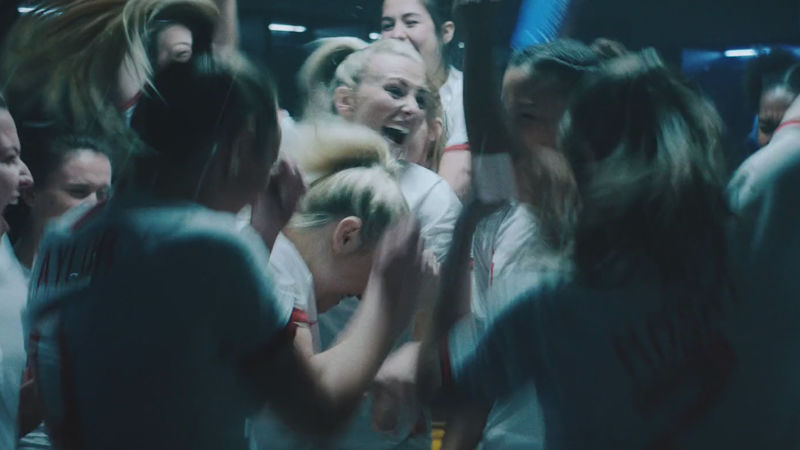 Everything you wanted to know about AI... but were afraid to ask

There are lots of little idiosyncrasies that can be annoying to colleagues - the weird way Alan from accounts clears his throat, Brenda from HR’s over-use of the word ‘really’, Bernie’s weird smell - but few can have such potentially devastating effects as the ‘air quotes’ detailed in this chucklesome series of spots for creative asset management platform for the ad industry (and shots’ parent company) Extreme Reach.

Pointing out the devastating insight that anything said whilst ‘air quoting’ can pretty much be written off as meaningless, the campaign hilariously showcases what happens when workers are denied their little ‘promise pals’. Expertly helmed by experienced comedy director Ben Weinstein, owner of production company Two Nineteen Inc, the films’ excellent use of an experienced improv cast playing around a truism known by everyone in the industry, makes for some genuine guffaws.

We chatted to Weinstein and writer, Cedric Giese, to find out how comedy works for B-to-B ads. 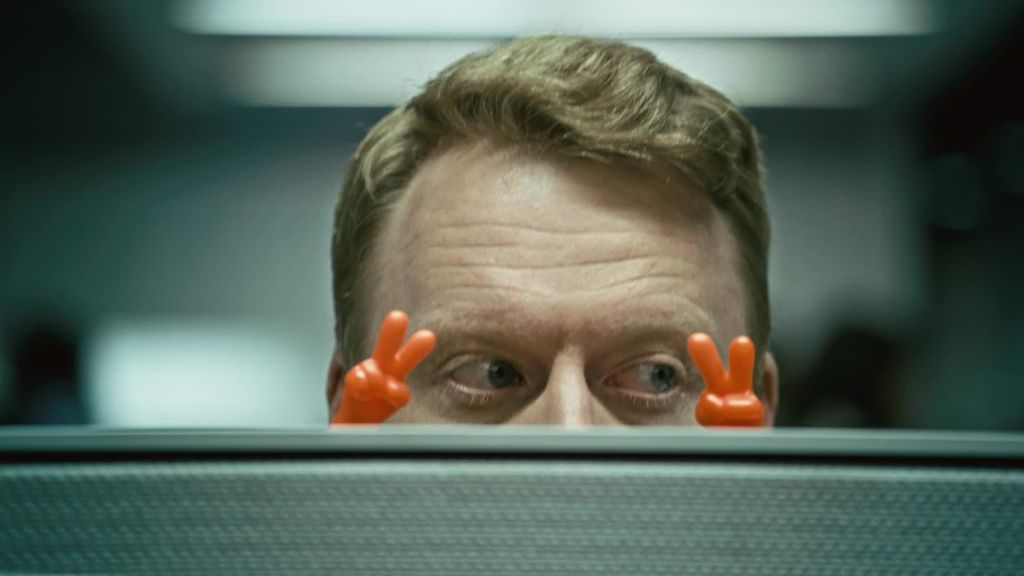 How did you get involved in the Air Quotes project?

BW - Cedric and I worked with ER on another campaign a few years ago. The folks at ER are good people and they like doing comedy, so I was delighted when I got the call to work on this one.

How did the concept come to be?

CG - What ER told us is that advertisers and ad agencies think the way they manage video ad assets seems to work fine as is, so why change anything? From there, I sat down at my laptop and blew out a bunch of different campaign directions. The “air quotes” concept bubbled to the top because it addressed the misconception straight on and also the conceit of the video felt like something we could take to interesting and funny places.

Being a B-to-B service, the brand isn’t perhaps as well-known as some you might have worked on. Did you have to learn a lot about the industry or Extreme Reach in particular?

CG - Sure. Learning about Extreme Reach required some pretty extreme research. But one of the really cool things about the way ER works is that it’s holistic and just makes sense. Once I got a basic understanding of the process, I could focus on the best way to communicate that to the viewer. 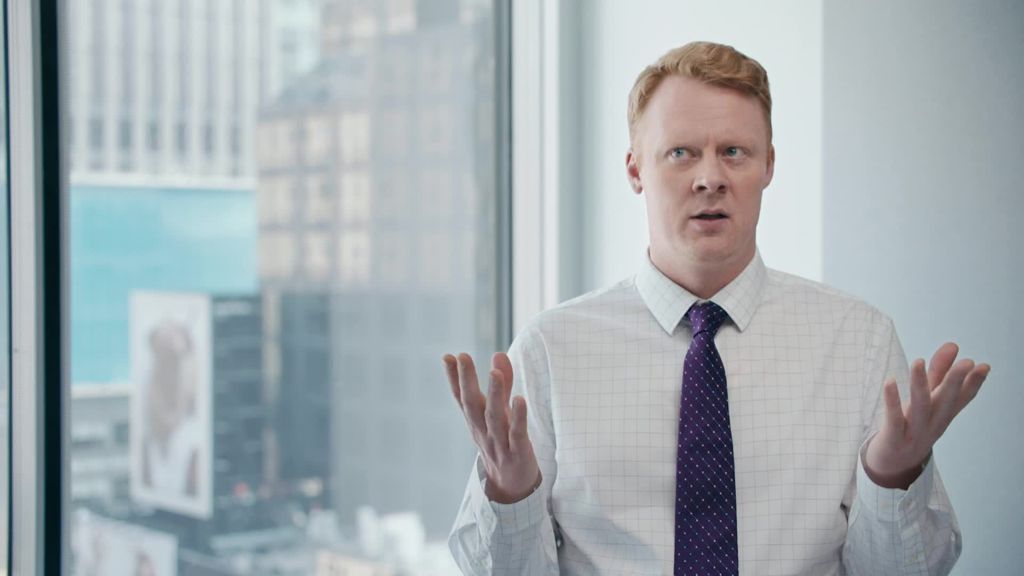 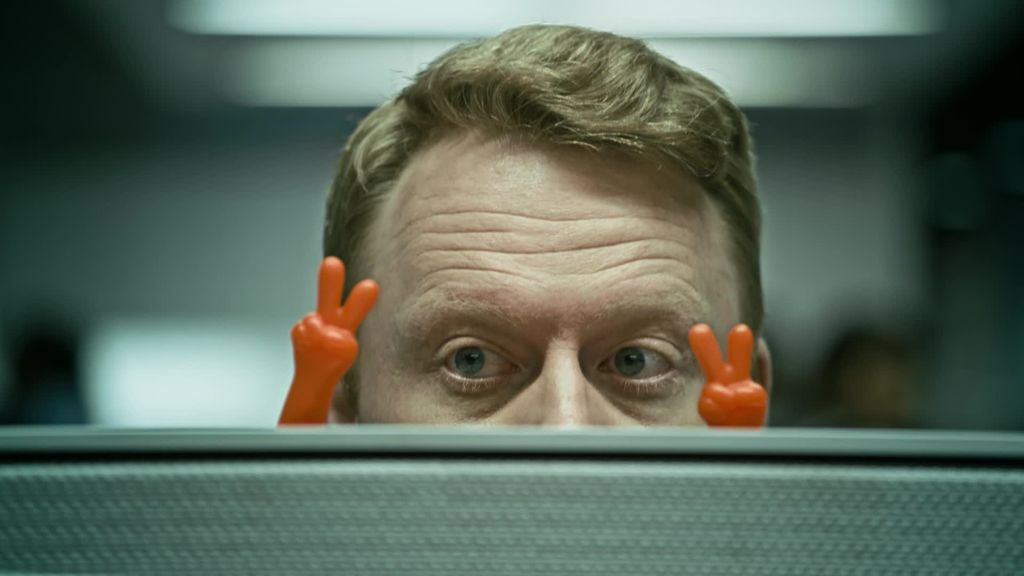 CG - If done well, comedy can work for every type of advertising or industry. If your ad can get your point across while also making people laugh, it’s all the more powerful. Humor’s not the only thing I do, but in this case, it felt right. Both as a full- time copywriter in an agency setting and as a freelancer, comedy chops are essential. But without someone to bring life to the idea and make the damn thing, they’re really just words on a page. That’s where someone like Ben comes in.

BW - I agree. Comedy is a powerful tool for all brands willing to take the plunge and go for some laughs. I knew Cedric’s “air quotes” idea had wheels because it centered around the trope of something being outlawed in an office, by a boss. This is something we know well, it might be “Hawaiian shirts” or “tuna fish sandwiches” but we all love seeing a boss trying to tamp down a tiny revolution within an office. Also I like when the premise is somewhat cuckoo, (as this one is) and I’ll do everything in my power to frame it within a normal, believable reality so the crazy situation really stands out.

I love working in the mockumentary style because you can set up the story very quickly.

How was the shoot? What was your favorite moment?

CG - We actually shot everything in ER’s New York office. We had an amazing cast- many of whom are standouts in the NYC comedy scene and have been seen in national TV spots and shows. The ad-libbing and natural reactions of such gifted actors is definitely the best part of the shoot. You always have to be ready for the happy accidents on set and things that happen in the moment. That’s where the magic is.

BW - I love working in the mockumentary style because you can set up the story very quickly. For us it’s about a boss trying her best to ban air quotes. I love this because it’s about a boss trying to control her team’s fingers, literally an impossible feat. Comedy is about seeing the struggle, the journey -- the way the boss’ air quote ban doesn’t exactly pan out -- and how it affects different parts of the office. We want our characters to protest, and struggle, but ultimately, they must agree with the situation, no matter how nuts it is. A begrudging “yes” that allows the crazy thing to happen is often the key.

Also, a lot of the challenge is heightening the joke, and changing up the rhythm of the scenes. On the shoot, Cedric and I talked about how we really needed a “middle scene” where we slow down the pace and see people continuing to do their jobs despite the air quote ban. All the office workers were at their cubicles - their hands are shrouded in oven mitts, boxing gloves and fuzzy slippers, yet they were determined to do their office jobs. You can see this stuff in Air Quote Embargo, a bonus video on the ER site. 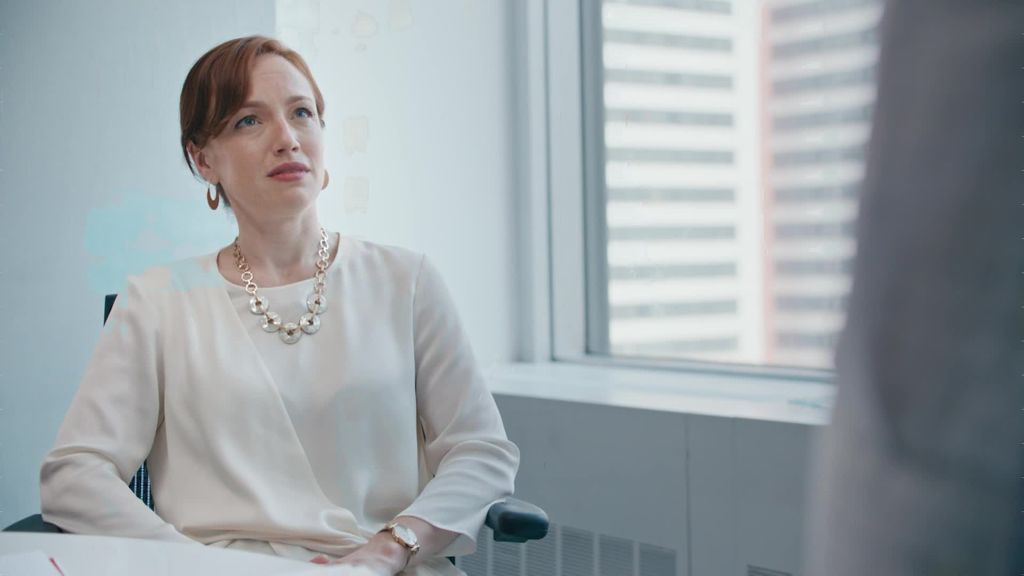 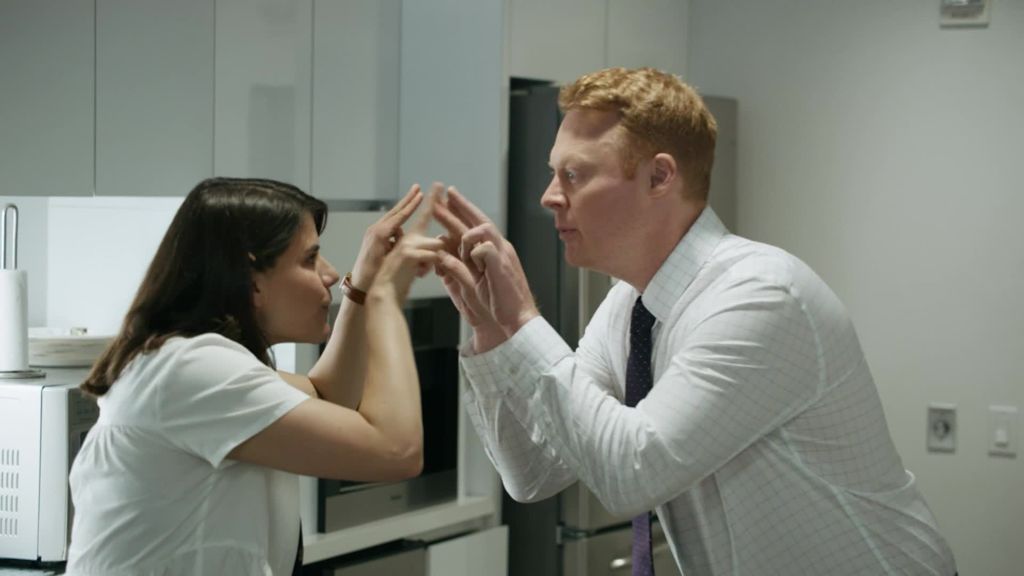 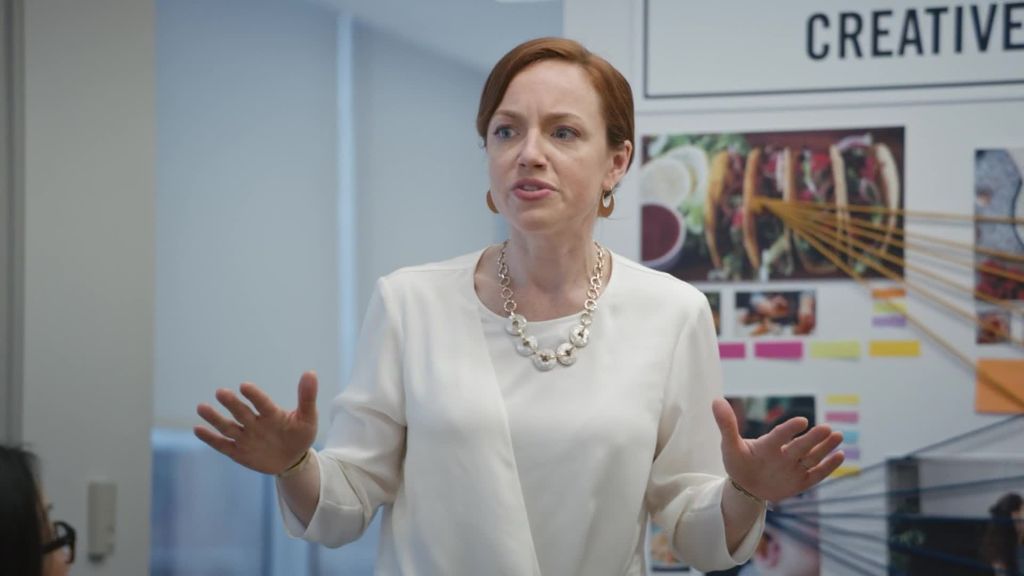 How much of the film was from the brief/script and how much was generated on set? Was there much improvisation?

BW - Due to all the communication points we had to hit, Cedric and I collaborated on writing a pretty detailed script, knowing we had a brilliant team of improvisers - and we should allow them to play. The client was super cool and let us mess around with the lines so each scene had a bit of improv. And I encouraged the actors to make unique character choices to sell the situation as real and believable. Specifics are funny, and that goes for mannerisms and the tone of each character. As for improv, we shot enough to tape together a few short videos of funny outtakes.

I can humble-brag that my callbacks are the most fun commercial castings in NYC.

How does your comedy background help for shoots like this?

BW - I love sketch comedy. Years ago I shot the film Wet Hot American Summer, which was my foray into sketch, and after that I got my training as an improv performer at The Upright Citizens Brigade Theatre. For me, directing is improv. In prep, in the audition, and on set. It’s all about riffing on funny ideas, fast, and making them believable through performance. That’s sort of improv in a nutshell.

How did you cast? Had you worked with any of the performers / crew before?

BW - For every casting I dig into my rolodex of funny people from the New York improv scene. Tim Martin is a favorite of mine, I cast him previously in a Comedy Central project called Alternatino with Arturo Castro. Monique Moses, Sarah Grace Wellbourne and Tabatha Lee were recognizable faces from the UCB theatre, but they won the roles because of their terrific callbacks. I can also humble-brag that my callbacks are the most fun commercial castings in NYC. This is an easy achievement because most commercial castings are dreary soul-crushing affairs, where the actor is tasked with saying a line and promptly asked to leave. My callbacks are a freewheeling romp of high energy, fast-paced improv. 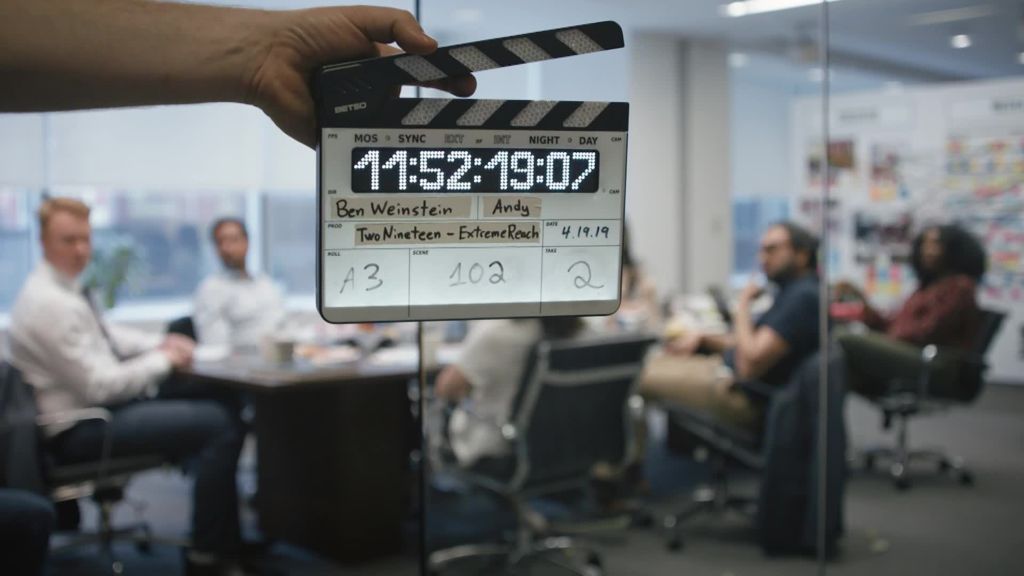 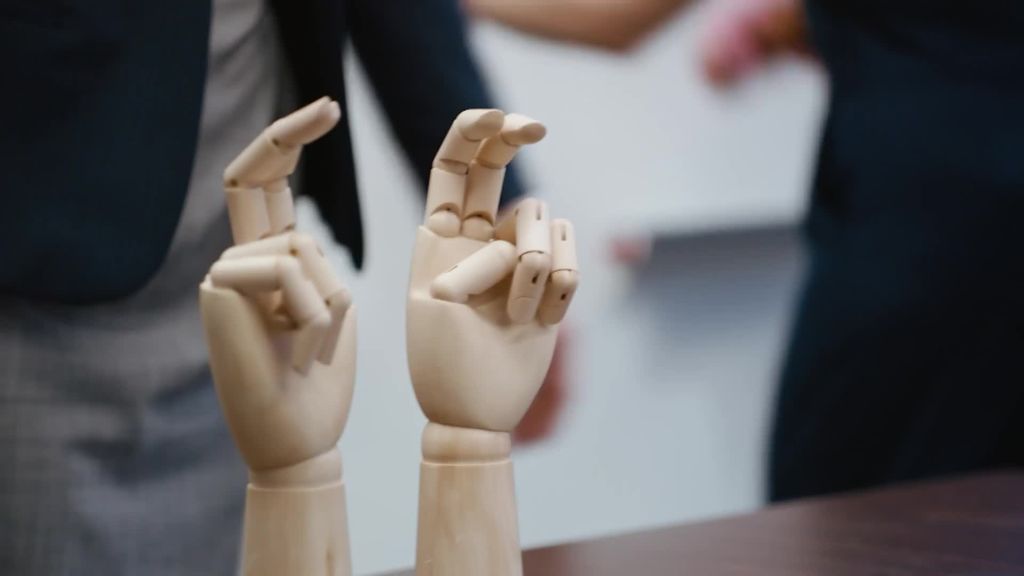 How much had to be done in the edit? Is there a trick to cutting comedy?

BW - Editing is alchemy. With the perfect timing you get an automatic laugh. One frame too many, and a joke will fall completely flat like a souffleé that’s suddenly deflated. So it’s like alchemy AND baking.

What’s your favorite moment in the finished film?

CG - I really liked Tim popping over the cubicle with the pencil air quotes. Again, that was something we just thought up on the spot. Props are your friend.

BW - I also like the scene where the boss invites Tim into her office - her intention is to reprimand him for breaking company policy but the conversation devolves into an existential argument of what reality really is.

Ben, can you tell us about Two Nineteen Inc?

BW - Two Nineteen Inc is a unique production company because every director on the roster has also spent years performing on an improv stage. This gives us a distinct perspective because we’ve stood in the shoes of actors and understand performance on a deeper level.

There are two exciting new additions to the company, Carmen Angelica who has made a treasure trove of funny content at College Humor, and Alison Rich who is a former staff writer at Saturday Night Live. 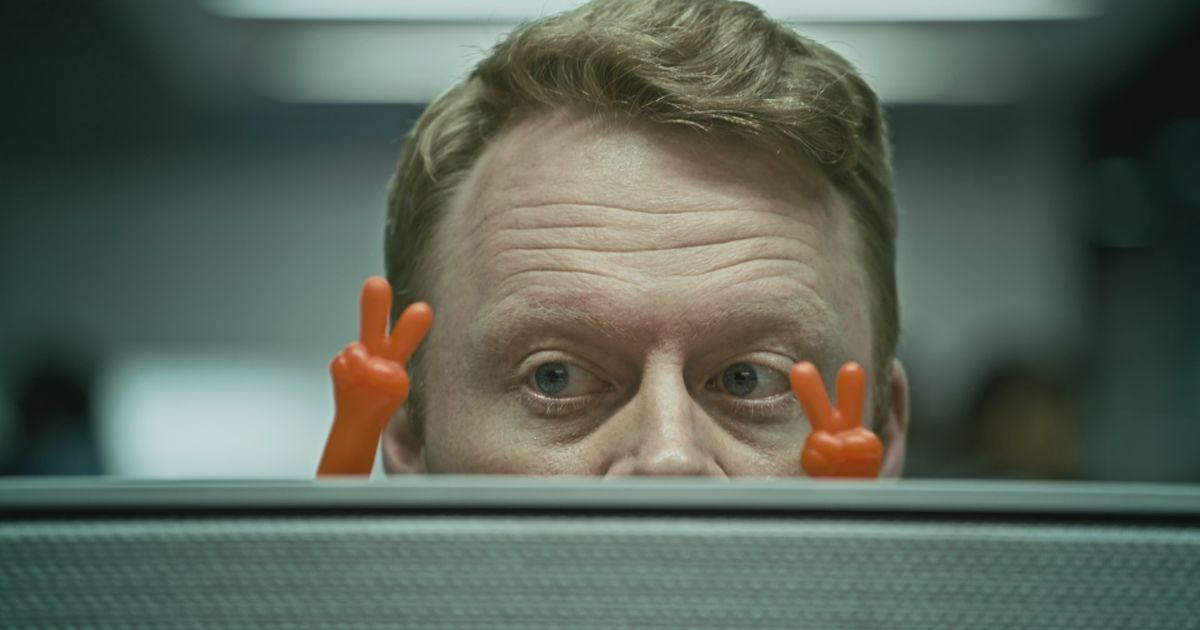 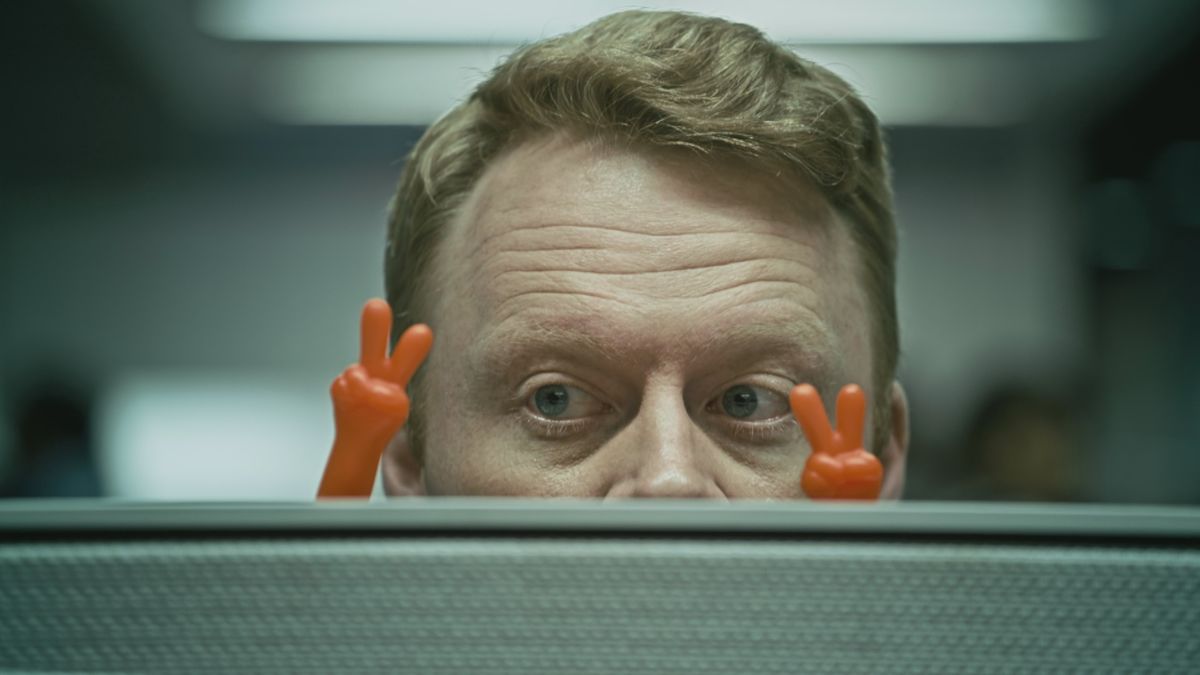