A playwright-turned-director, Kimi Howl Lee focuses on heritage, truth, and the strengths (and struggles) of presenting a story that is exceptionally unique.

A young director with an eye for the stories many ignore or simply look over, Kimi Howl Lee gives us her opinion on creative nonfiction and explains how a director can be both uncompromising and sensitive.

When creating a film like Kama’āina, how do you balance the real world within your fiction?

My intention with Kama’āina was to shed light on the staggering homeless crisis that plagues the leeward side of Oahu without fetishizing the situation. Since the cast was comprised of primarily houseless, first-time actors, I was adamant about engendering a mutual trust before writing the story. It took nearly two years of research trips, countless interviews, location scouts, and community outreach before I felt I could really begin to craft a narrative. Even that was a collaborative process down the moment we wrapped.

Since the film took place in this incredible, real community—the Pu’uhonua o Wai’anae—I never wanted anyone to feel like I was cannibalizing or manipulating their life story for artistic gain. Consent was a huge concern for this production. I can’t fathom how violating it must feel for a crew to roll up to your encampment and start shooting. It was only after numerous visit that we got the blessing of Twinkle Borge, the de facto governess of the Pu’uhonua o Wai’anae. She made residents aware of what was happening and gave them the option to opt-out. We also compensated those who participated, as well as paying location rental fees to the community.

The entire film was this hybrid of lived and invented experience, and I’m so honored that all those involved were willing to give so much of themselves.

In terms of balancing the real and the fictional, Aunty Twinkle was instrumental in bringing this film to fruition. It truly began with her. In addition to presiding over 260 displaced families, Twinkle has single-handedly raised dozens of minors, including many LGBTQIA teens who have turned to her for shelter. As a self-identifying queer woman, she’s truly provided this unparalleled safe-haven for Queer youth. 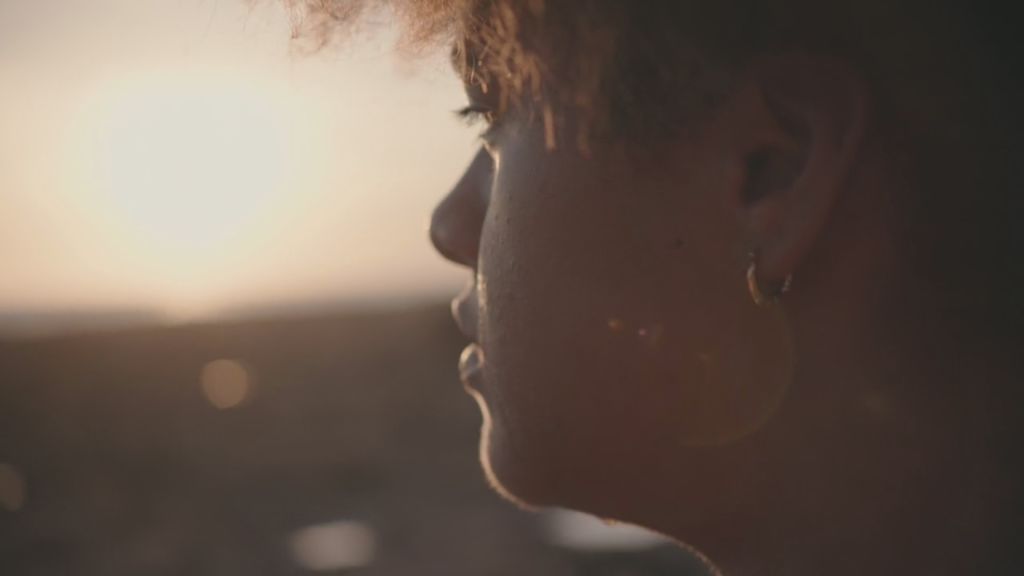 I knew I wanted the film to follow a houseless teen who made their way to the Pu’uhonua o Wai’anae, however, I didn’t want to use anyone’s personal story. I wanted Mahina’s journey to be based on fragments of numerous experiences so no one would potentially regret ossifying their experience on film.

In terms of casting, I was adamant about finding an actor who didn’t already have a maternal relationship with Twinkle. I was also reluctant to cast a teen who currently resided in the village, because I think when trauma is so raw, there can be trepidation around exposing it.  and I didn’t want anyone to have to grapple with the cognitive dissonance of having to submerge themself in a traumatic headspace just to elicit a performance.

I think identity fluctuates throughout life.

We got incredibly lucky when we had a chance encounter with Malia Kamalani Soon, our 16-year-old lead, at the local Starbucks. Although Malia never resided in the Pu’uhonua o Wai’anae, she describes herself as one of the “hidden homeless,” so it wasn’t difficult for her to access the character. She was so generous in sharing and re-enacting elements of her experience, and I’d say the lines blurred between fact and fiction. The entire film was this hybrid of lived and invented experience, and I’m so honored that all those involved were willing to give so much of themselves. When directors focus on distinctive stories set firmly within a culture, whether it’s Hawai'ian or any other kind of insular community, do you feel like you isolate your audience?

My hope is that regardless of how parochial or distinctive a narrative is, there’s still something universal that an audience can grapple with. For example, my film was set in this clandestine houseless community nestled beneath a grove of kiawe trees in the the Wai’anae Boat Harbor. It’s definitely an insular community that’s overwhelmingly Native Hawaiian and Pacific Islander, but I think many of their struggles are pervasive. According to federal statistics, nearly 42% of Native Hawaiians and Pacific Islanders suffer from homelessness because they’ve been priced out of Hawai’i's skyrocketing housing market, and have been failed by systemic negligence.

Exposure is key, and selecting a single film to represent an entire “fill-in-the-blank” category is inadequate.

Even if you’ve never been to Hawai’i’, the fear of being a casualty of systemic failure is something that many people can relate to—especially as we navigate our new pandemic-impacted reality. When enhanced federal unemployment benefits and eviction moratoriums come to an end this summer, an estimated one in five U.S. renters could face eviction by November 1st. When you consider that LGBTQIA youth disproportionately experience homelessness at a staggering rate, a film about a queer youth navigating homelessness in Hawai’i suddenly has broader relevancy. 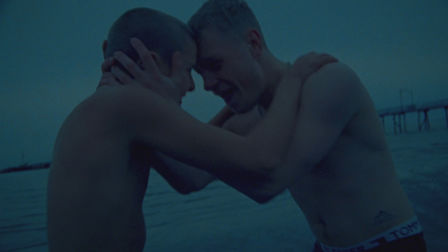 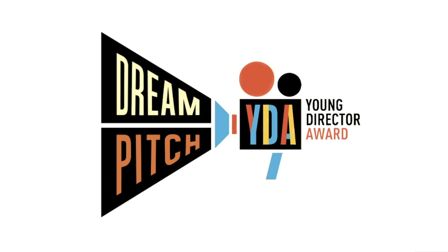 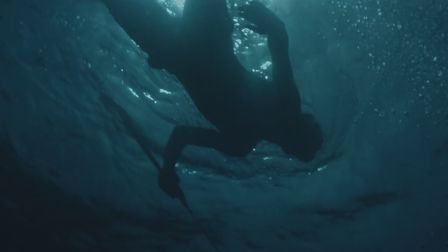 How do storytellers focus on both their experiences and authentic voices without being pigeonholed?

Personally, this is a difficult dilemma that I’ve faced as both an aspiring creator and consumer of media. I’m bi-racial and multi-ethnic, and find that my cultural identity is sort of this nebulous amalgamation that’s not easily categorized. So I imagine for others—especially other mixed people—drawing the line of what is definitively your cultural range can prove to be a bit difficult. I think identity fluctuates throughout life.

Uniqueness is a strength, but is there a danger in being too different?

I’m probably the wrong person to ask because I’m not easily offended by taboo or controversial shit…but I am incredibly sensitive and would never want to deliberately exploit anyone. In terms of whether you can push the bar too far? I’m not sure. I think most artists have a heterodox approach to how they view the world and at least attempt to subvert or challenge the status quo to some degree.

Even if you’ve never been to Hawai’i’, the fear of being a casualty of systemic failure is something that many people can relate to—especially as we navigate our new pandemic-impacted reality

Like many directors, you started writing first. Do you feel like this focus on story has impacted your directing style?

I started in playwriting, which I think proved beneficial when directing my first micro-budget short, which was essentially a chamber drama. Anything I write that I’m also vying to direct is inherently written with budgetary constraints in mind. It’s almost this compulsive censorship: “Nope, can’t afford that!” so you end up making narrative sacrifices, which I think helps engender more creative solutions. How do we encourage people to work, take on, watch, and appreciate stories outside of their cultural range?

I think it has everything to do with exposure––which harkens back to the few people who get to be the arbiters of what’s deemed worthy of representation or getting a platform.

I submited Kama’āina to dozens of festivals, and I will say, we had a much higher acceptance rate at LGBTQ and Asian American themed festivals. Obviously, we were thrilled to screen at festivals where we “fit” thematically or culturally, but I do think that viewers who attend those festivals either already have an affinity for that community, or are seeking out those specific narratives. This isn’t a bad thing—exposure and discourse are important—but it also may be a self-selecting group. However, it’s refreshing to not feel like your film suffers from the “only one” syndrome.

I didn’t want to use anyone’s personal story. I wanted Mahina’s journey to be based on fragments of numerous experiences so no one would potentially regret ossifying their experience on film.

We had a few prominent festivals tell us they’d already accepted a Native Hawaiian or queer homeless youth film, which is a bummer. There’s this incentive for festivals to be diverse, but sometimes it felt like we’d just missed the quota cut-off, or another film with similar buzzwords: “indigenous,” “queer,” “youth,” “homeless,”… whatever… was already accepted.

Another big distinction when playing at festivals with specific themes versus festivals with broader programming, is the actual block of films that are screened alongside you. At queer-focused festivals, we often screened in blocks that weren’t segmented by ethnicity or cultural relevance, but rather emotional resonance, like: “Telling someone the unadulterated truth,” or “Suffering in silence.” It was nice to feel like there was this curated, thematic cohesion to all the films.

It took nearly two years of research trips, countless interviews, location scouts, and community outreach before I felt I could really begin to craft a narrative.

At other festivals, you’re often placed in a broad “Asian” block or “Native” block. It actually got to the point during our festival run that because we were consistently screened with a handful of other Native or Pacific Islander films it sort of became this joke between all of us, like, you again!

I guess this is a long-winded way of saying that I believe exposure is key, and selecting a single film to represent an entire “fill-in-the-blank” category is inadequate.

The Way I See It: Guillermo Vega

Guillermo Vega, multi-award winning CCO of Saatchi & Saatchi London, is a man in a hurry. A founder of fabulously fast-growing offices – his career includes setting up and growing W+K São Paulo from three to 100 employees in four years – he tells Carol Cooper about learning to be patient, the Super London way.

Talking pressure, revisions, and what it means to have disability representation at all levels, this director-producer duo explains how they won the Dreampitch Gold Screen with just 100 words.