Leica and Cokeliss take a shot in the dark

Legendary camera brand Leica and director Barney Cokeliss have teamed up for a stylish and atmospheric cinema spot and, here, Cokeliss reveals how the film came to be and why it's great to work with such an open-minded and creative brand. 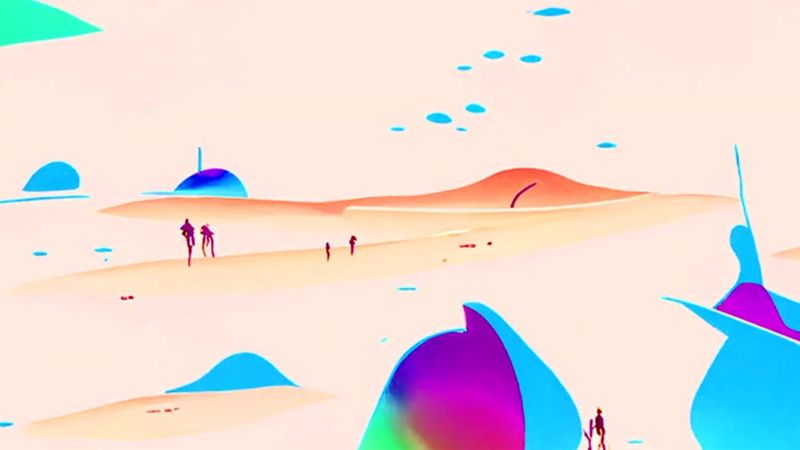 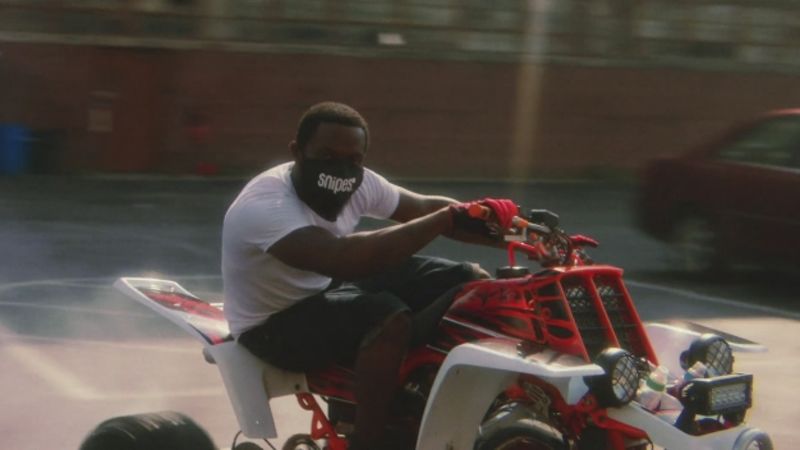 Pascal Kerouche on how his Snipes spot hit the mark

Leica UK has launched a new cinema campaign called Like the Night.

The film, a homage to Leica, is shot on the Leica SL and is concepted and directed by filmmaker and photographer, Barney Cokeliss. The film is an evocative nocturnal journey set to Lord Byron’s She Walks in Beauty, and scored by Finnish composer, Anné Kulonen.

Cokeliss shot the film on a Leica SL camera using M lenses, showcasing the unique video capabilities of the camera and lenses, particularly the discreet low-light capabilities of Leica’s legendary M lenses. The film follows a range of female photographers as they move through the night capturing the unexpected world that comes alive after dark. Shot in locations across the globe, the images in the film range from mountain landscapes to city life, from glimpses of crime to moments of romance. 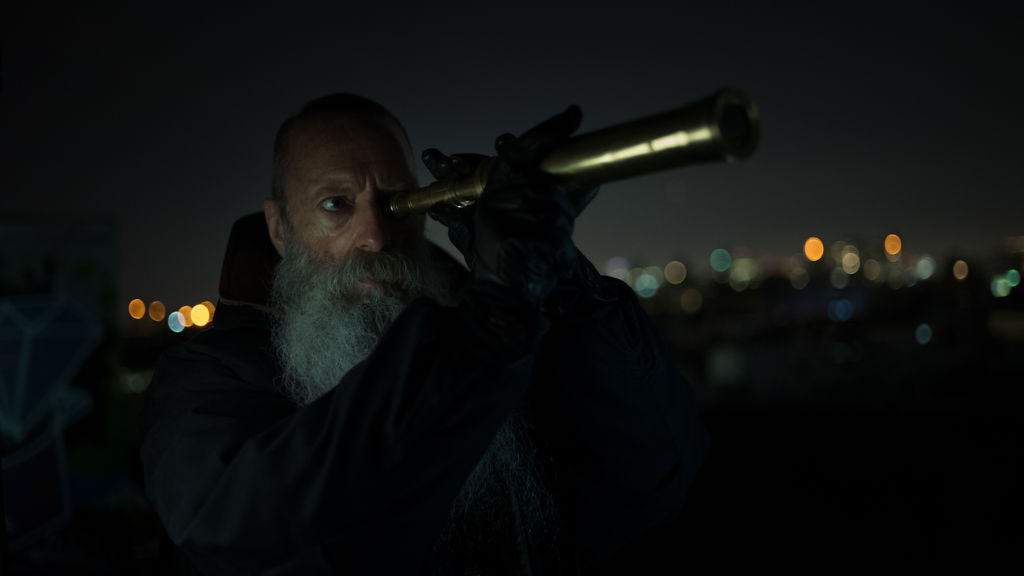 What was the brief you received for this project and did you immediately know how you wanted to approach it?

The brief from Jason Heward, the visionary MD of Leica UK, was very pure: to make a film which demonstrates the moving-image capabilities of the Leica SL camera simply by being shot on it, and which embodies the brand. Beyond that, Leica’s brief was very open – I had free rein in coming up with ideas and it became an ongoing and very enjoyable conversation as we developed the creative approach.

Jason wanted a film that’s true to what Leica means, and it means some remarkable things. First off, Leica literally invented 35mm photography by taking a strip of cinema film and turning it sideways. So, making a film for Leica felt like the last leg of a century-long return journey: they started with moving-image materials, and now here they are with a camera which shoots great moving images, as well as stunning photographs.

A film evoking the kind of images you capture when you’re an unobtrusive voyager through the world’s night seemed like the perfect way to make something authentic to the brand and visually exciting.

Secondly, Leica is all about total commitment to quality. That was a key part of the brief, the challenge and the pleasure of making this film. More than anything, Leica wanted it to be creatively uncompromised.

As for the creative idea, I wanted to set it in the streets at night, since the fast lenses and compact bodies of Leica cameras have made them the perfect equipment for night-time exploration of the world for decades. And it’s a setting I find visually intriguing, atmospheric and mysterious.

So, a film evoking the kind of images you capture when you’re an unobtrusive voyager through the world’s night seemed like the perfect way to make something authentic to the brand and visually exciting. 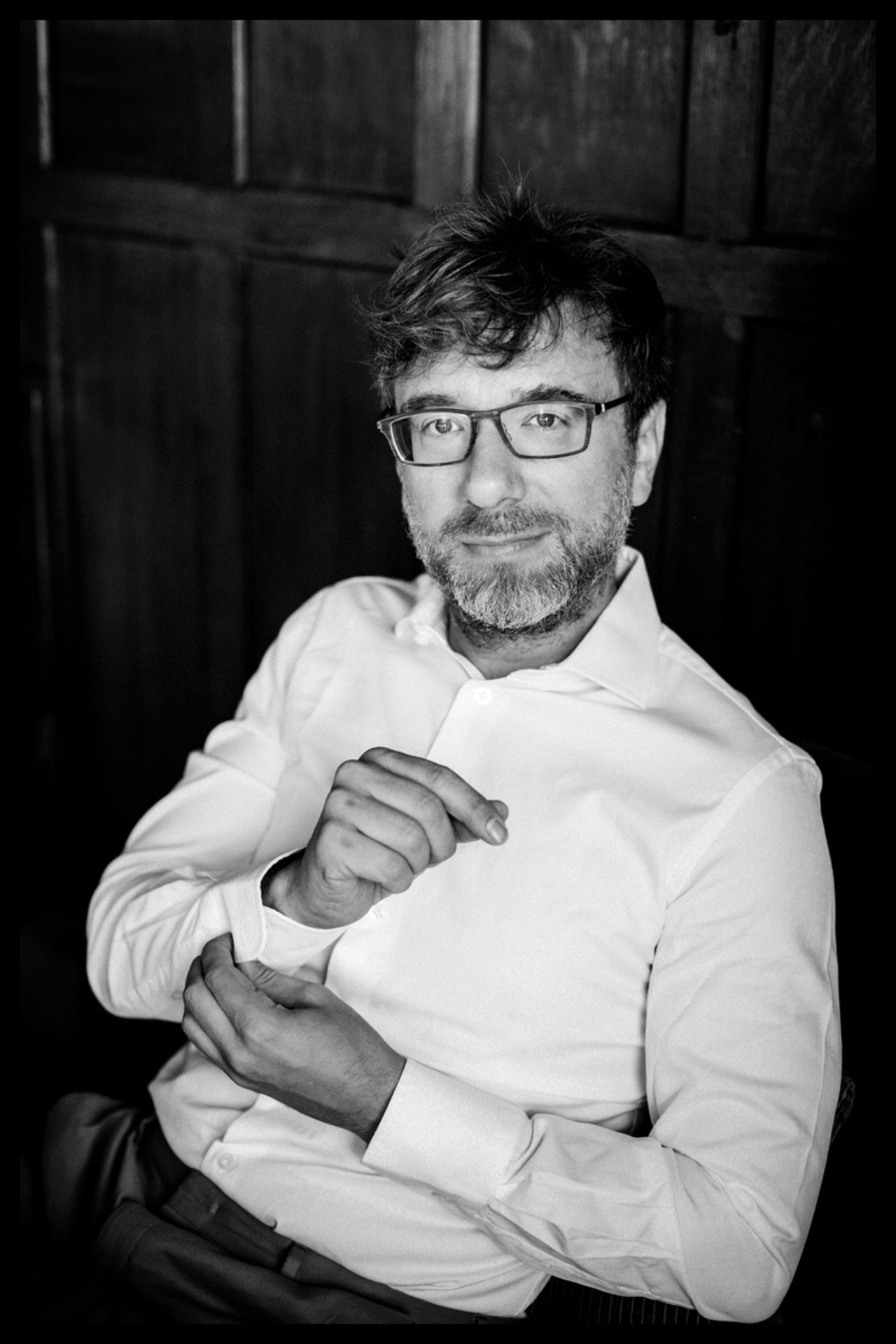 How did being a photographer yourself help with your approach to the project?

On a practical level, it meant we could travel light. We shot in nine locations (New York, LA, New Orleans, Berlin, Bucharest, Paris, Johannesburg and the Lesotho border) and in all but one I was my own DP. Since my photographic work tends to be about finding the atmosphere in available-light-situations, I’ve had a lot of practice making images with relatively little lighting gear and not many crew, which I definitely put to use here.

I’ve had a lot of practice making images with relatively little lighting gear and not many crew, which I definitely put to use here.

Using a stills camera is pretty central to my directing process anyway – finding angles, choosing lenses and so on. The photographic and the filmic blended nicely for me in terms of the process. It also meant that I could shoot – on the same camera - a selection of print images to go with the film project. Some of these are currently being exhibited at Leica Mayfair and 90 of them are being shown at the V&A Museum Photography Centre launch. 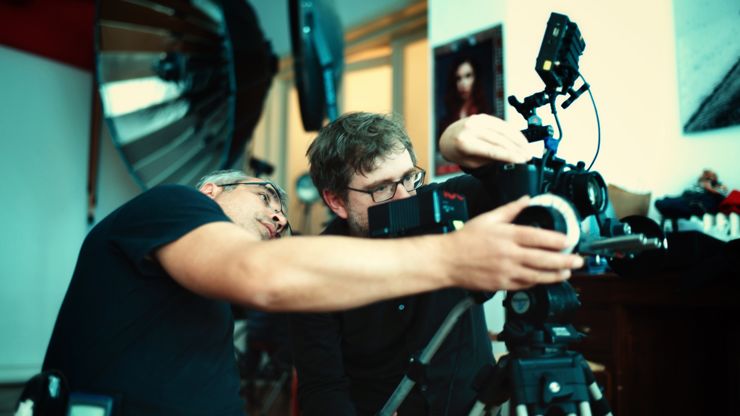 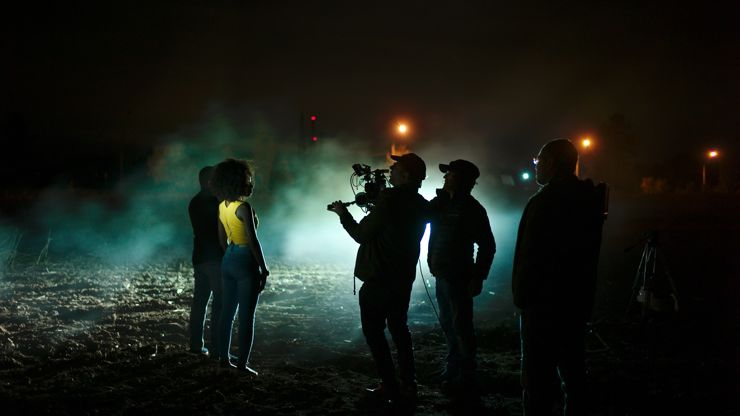 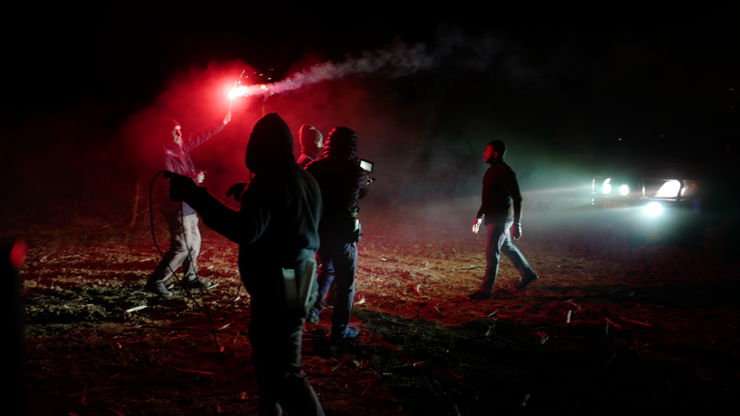 Had you shot on Leica's M lenses before and what was it like working with that technology?

You know what, I actually hadn’t! I’d admired them from afar but most of my photographic work until now was on medium-format film, which isn’t a Leica format.  But this project has turned me into a devout Leica nut. I now have at least one in my bag whenever I leave the house.

The M lenses are extraordinary and I’m excited that you can get them as cine lenses now too, with gears for the focus-puller. They have a combination of contrast, resolution, and tonal quality that’s hard to put into words. The Noctilux – with its famous f0.95 maximum aperture – means you can see things through the camera that you can’t see with the naked eye – even at a normal ISO. And the Summilux lenses have this incredible snap and depth to them. And they’re brilliantly small and quick-handling.

This project has turned me into a devout Leica nut. I now have at least one in my bag whenever I leave the house.

I’d say the 35mm Summilux is the perfect lens. I’m also partial to the 24mm, which has a unique combination of wide-angle sense of perspective and wide-aperture shallow focus. 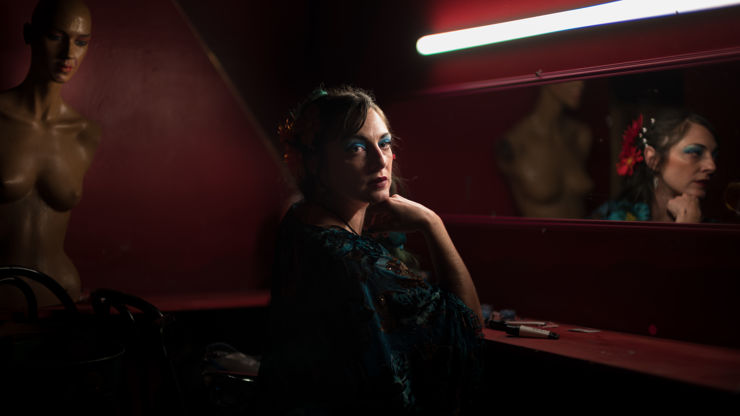 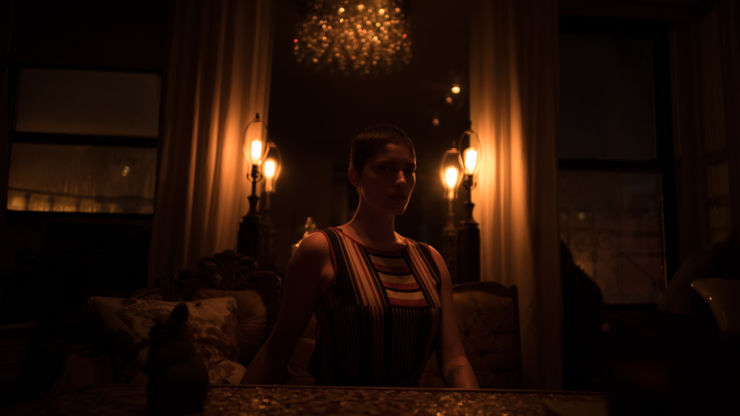 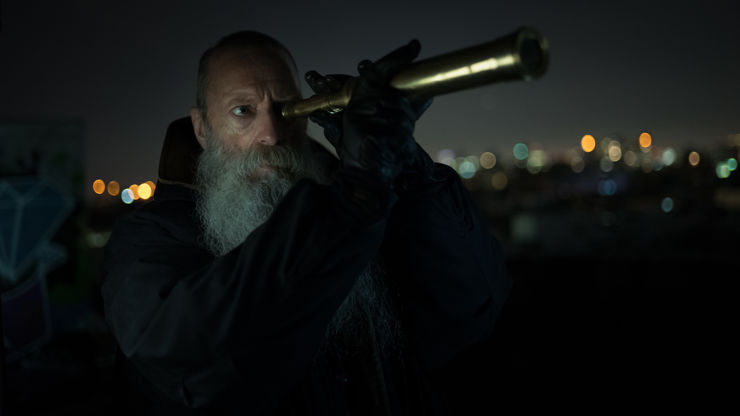 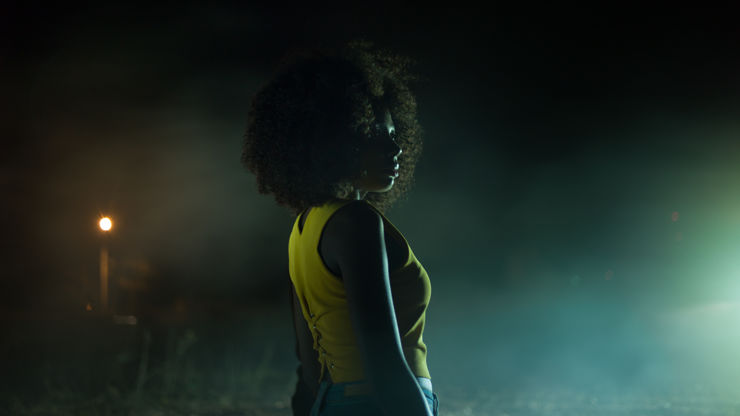 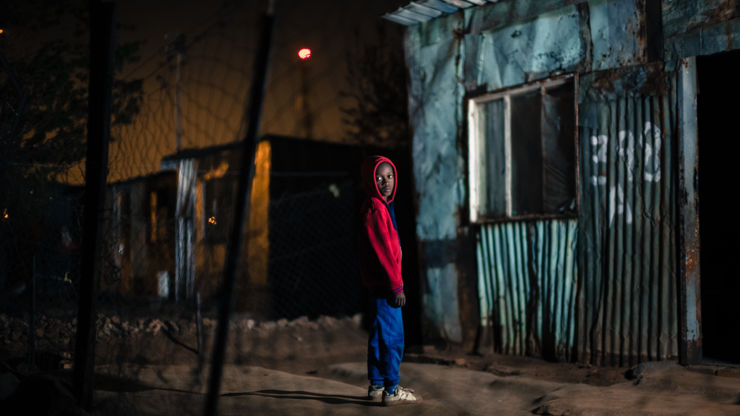 Above: Stills for the commercial, shot using the Leica SL camera and M lenses.

How did you decide on the locations and imagery used in the film?

A combination of imagination, memory and opportunism! I’m a sucker for reference, so first I did a trawl of some of my favourite night images and thought about  the range of moods and activities that a night film like this could involve. That meant I had something to present to Leica to get them on-board.

After that, it was an evolving process of figuring out what and who we could find where, and how we could make it all work. My established relationships with production companies like Icon in Bucharest and Bubbles in Berlin really helped in that regard.

I’ve always loved finding cast in unlikely places and quite a few of the people in the film are people I’ve stumbled on and recruited – often to their surprise – to be in it.  Others include pretty well-known actors like Gerald Maillet in Paris, or real photographers, like Mandisa Moffat in South Africa or Helen Hecker in Berlin.

I have a huge respect for what copywriters and art directors do, and not having a team on board the way I normally would meant quite a lot of self-questioning about how it was all going to work.

The music and sound is very evocative in this film; how closely did you work with the composer, Anné Kulonen?

Anné has scored a lot of my projects and she’s fantastic to collaborate with. I knew early on that I wanted to use the Byron poem and that I didn’t want it to have a declamatory feel, but instead wanted the vocal delivery to feel like part of the texture of the music and sound design.

So, I gave her a mood, a tempo and a sense of how I wanted the lines spoken [it’s Kulonen's voice in the film]. We’re used to working very precisely together and making lots of adjustments, but in this case I really didn’t have to.  She took the brief and ran with it and delivered something amazing. 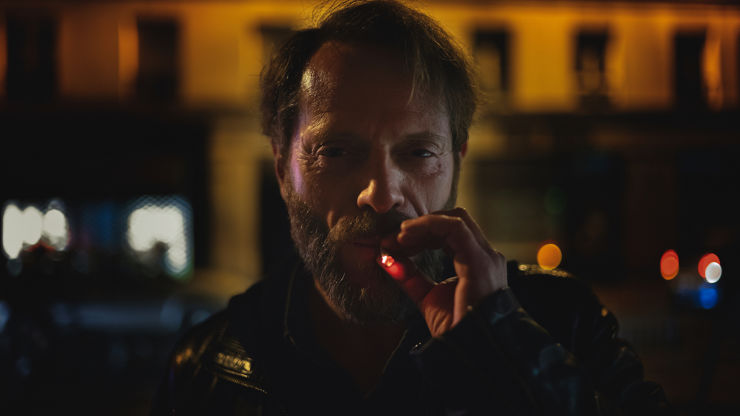 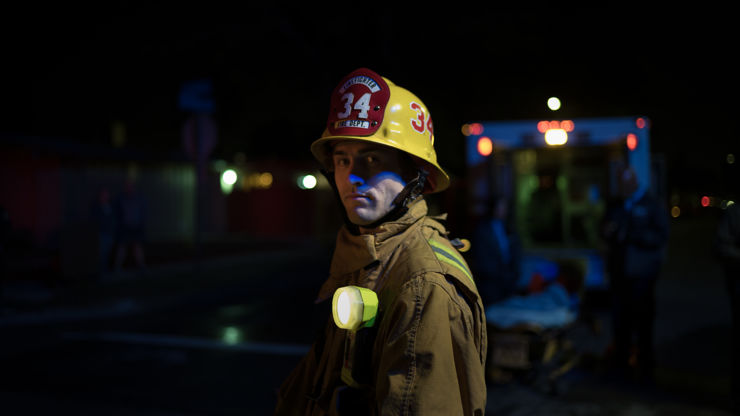 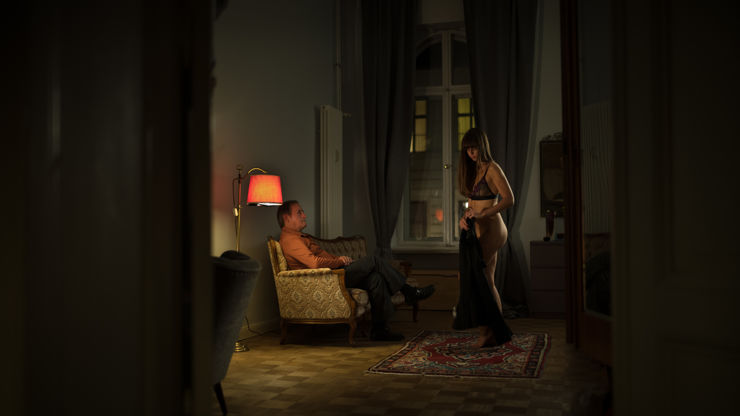 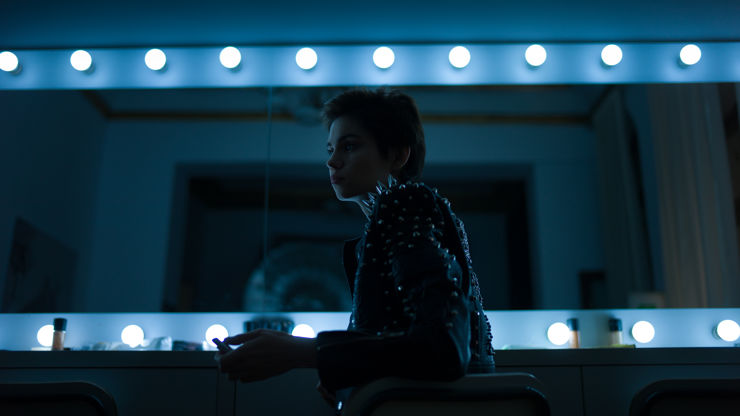 What the most challenging part of this project?

Well, it was bloody cold in New York! And working without an agency creative team was certainly challenging. I’ve written my own short films but in advertising there’s a real discipline to coming up with ideas that are both engaging in themselves and also meaningful in what they communicate for the brand.

I was lucky that Leica is such a remarkable brand with a lot of story to tell.

I was lucky that Leica is such a remarkable brand with a lot of story to tell, but I have a huge respect for what copywriters and art directors do, and not having a team on board the way I normally would meant quite a lot of self-questioning about how it was all going to work. It’s quite a non-standard piece of communication, after all, with narratives that are very much implicit.

I suppose the most rewarding thing is looking at it and realising that my collaborators and I made it happen. Most of my time is spent on projects which are going to be made one way or another – it’s just a question of who gets picked to direct them. In this case, as the director, I was involved in the gestation of the project, the discovery of what it might be, all the way through to the final delivery.

Cokeliss is represented for commercials by the following companies; 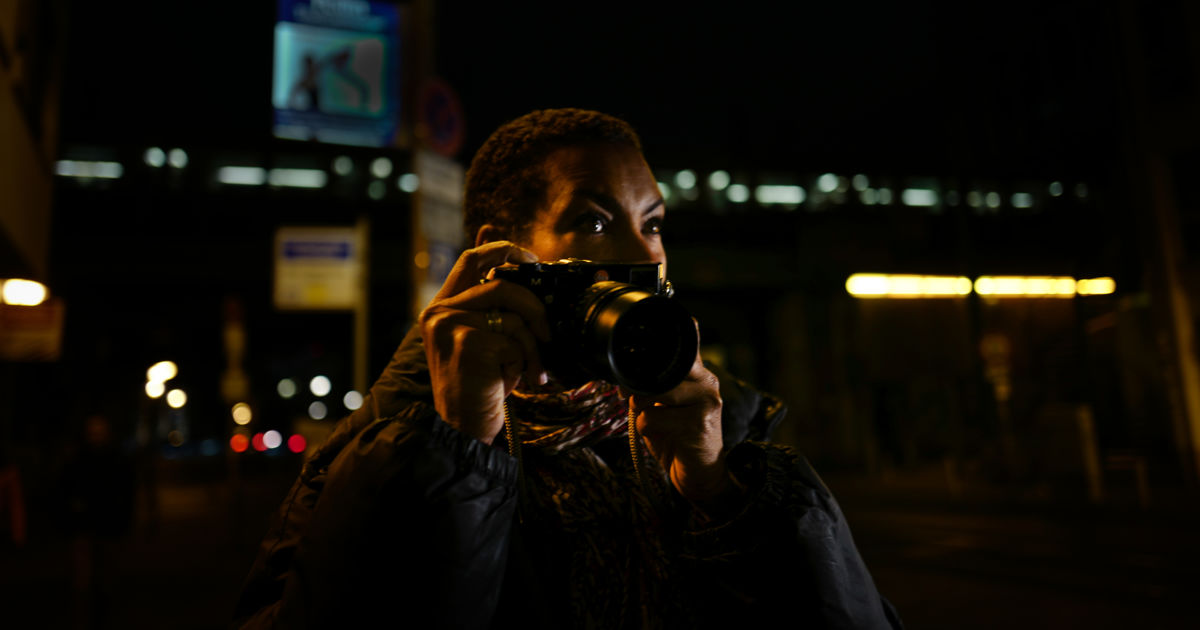 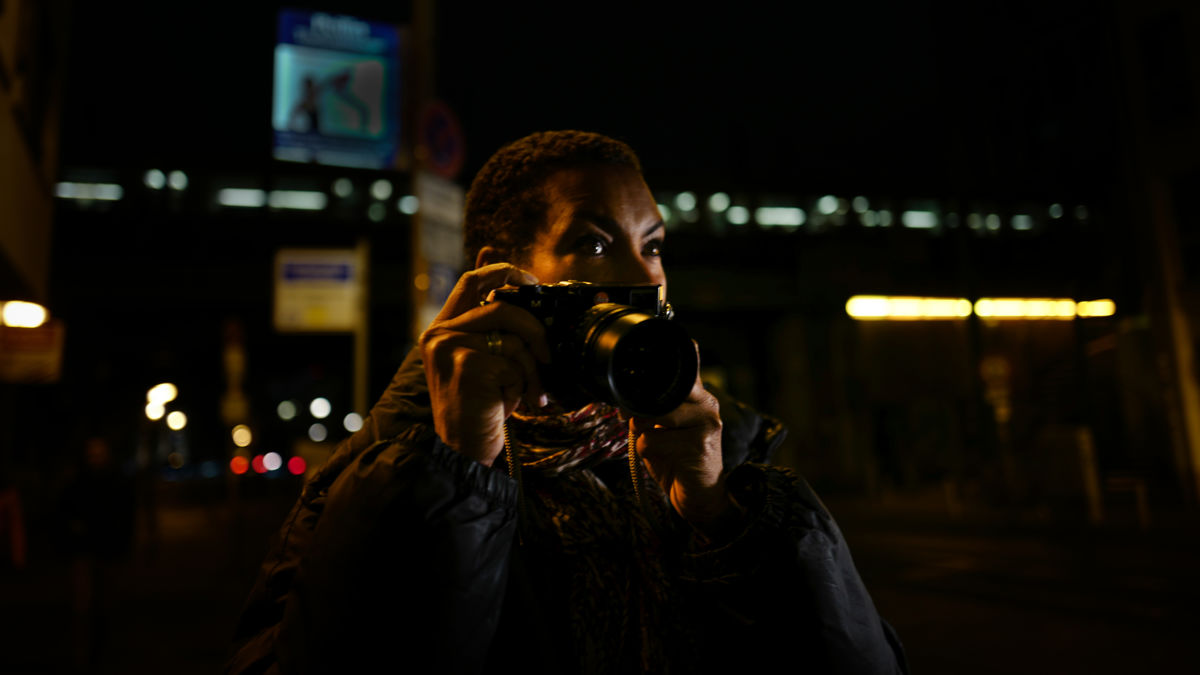