Laughing at the worst times

Making light of traumatic situations is part of the human condition, and in this profile of Greenpoint Pictures' Ghost + Cow (John Carlucci and Brandon LaGanke), the two directors discuss their polarizing short film, how comedy can converge with grief, and what advertisers can do to make their audiences laugh.

In comedy, timing is everything. “We wanted to release Thoughts and Prayers immediately,” says John Carlucci, “but current events pushed the film back, essentially indefinitely.”

Current events, in this case, were tragedies; first, the Parkland High School shooting, and then the Las Vegas concert shooting. Carlucci is one half of the directing duo, Ghost + Cow, along with his partner Brandon LaGanke. They’ve done a lot over the years, but they’ve found particular success with comedy ads and satirical skits. Thoughts and Prayers, created for Funny or Die on a retrofitted YouTube set that looks like a ski lodge, was one of their pieces that caused a huge reaction in 2018.

But before it was published, it languished in the digital vault, its future uncertain. Then former President Donald Trump gave them the perfect opportunity. “He said something about how Darrel Hammond played him better than Alec Baldwin,” LaGanke explained. “And we finally had a relevant opening to make the skit public.”

Edgy work, he says, has to have a heart.

A relevant opening that didn’t involve a mass shooting.

In the film. Hammond plays one of the lead roles, the eponymous FBI Agent Thoughts. He’s accompanied by Agent Prayers (Julia Mattison) as they respond to national disasters and emergencies. This time, it’s a mass shooting at a ski resort. The two agents arrive, and immediately make their presence known. But when a nurse, who’s caring for a gun victim, asks them if they brought supplies, the two just stare at her. “You know when people are like, ‘it’s the least we can do’,” quips Agent Prayers, “that’s us!”

The film is not for the faint of heart. It has blood on the ground, bodies lying in a horrible approximation of victimhood, a protest in the background, distraught healthcare professionals. It reflects the distress and horror of gun violence, and maybe even worse, “Even filming it felt weird,” admits Carlucci. “We started with a dramatic, bloody cut where people are dying and in the edit, we were like... ‘this is too much.”

“We were constantly going back and forth with how much we needed to show, rather than how much we wanted to show. Especially because it’s supposed to be funny, we had to figure out how much to push it. Even our DP on set, Bryant Fisher, was unsure about it,” says LaGanke. “We decided to put this much in because at the end of the day our short is a reflection of the real horror and real inaction. That’s way more fucked up than what’s happening in our film.”

“You know when people are like, ‘it’s the least we can do’,” quips Agent Prayers, “that’s us!”

It makes sense; when too many people butt heads over a topic it usually ends in a stalemate, not in results. “There’s a fine line between comedy and tragedy,” Carlucci says, “If you want to make someone pay attention, you have to deliver both.”

Comedy is a tricky thing. It requires both a setup and a reversal. In order to land a joke, you have to both establish expectations and then subvert them. There needs to be a turn. This is important, not just for humor, but in the larger scheme of developing cultural communication. Seeing two sides to the joke is like seeing two sides to the argument. Sometimes, when you put a hot button issue at the center of a joke, or a Funny or Die skit, it becomes clear where our ire should fall, what we should really be offended by.

If we can restructure the commercial, the product will be a part of the message, rather than the focus of it

Even with narrative distance from a mass shooting, the reception to the piece was still, in Carlucci’s words, a mixed bag.

LaGanke explains. “The best stuff is divisive because it makes you think. Polarizing work forces you to have an opinion. If you have something everyone loves, maybe it’s for children. Likewise, if you create something everyone hates, well,” he laughs, shrugging, “maybe it’s just bad. The real problems come up when people attempt to make something edgy and end up at bigotry.”

Edgy work, he says, has to have a heart. 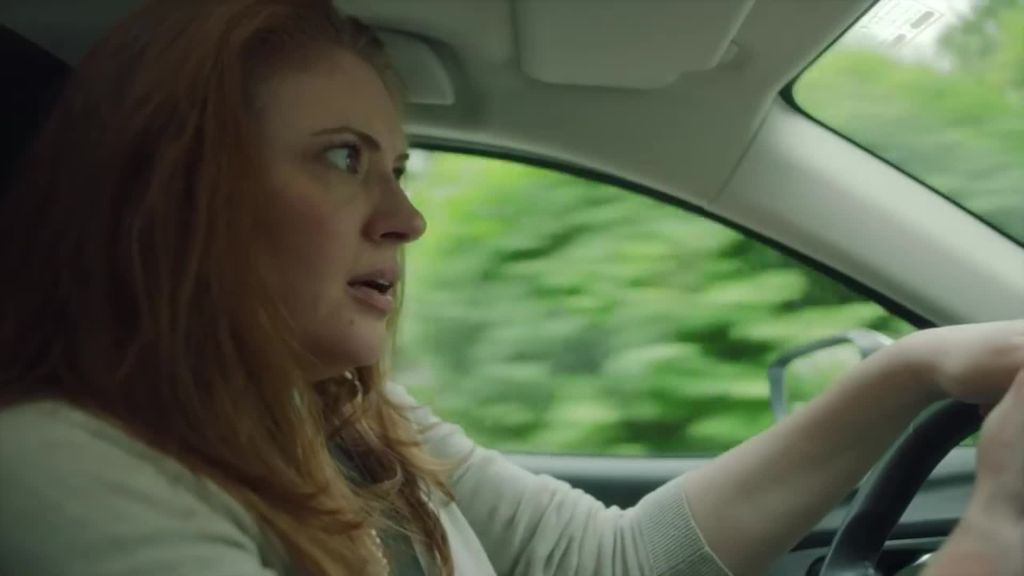 A lot of comedy is about processing. It’s about digging into the things that hurt us, the parts of society we can’t control, the randomness of the world, and laughing at it. Comedy puts power back in our hands after a senseless tragedy takes it away. “Comedy is a testament to humanity,” Carlucci says. “There’s an important moment when we’re able to laugh in the middle of our own misfortune. We are, as a species, joy-seeking.”

We were constantly going back and forth with how much we needed to show, rather than how much we wanted to show.

“We crack jokes during a eulogy, you know?” LaGanke shrugs. “It’s how we’ve been getting through this whole cosmic joke of a year. People need that laughter.”

Translating comedy and trauma to advertising is a bit trickier. LaGanke mentions that agencies have been requesting less serious work, especially now, a year into the lockdown, and a couple of seasons out of a hot summer of social upheaval. The pain of 2020 was immense, and there’s a new appetite for lighthearted work within the industry.

The best stuff is divisive because it makes you think. Polarizing work forces you to have an opinion.

The lines between genres are becoming blurred. As the difference between comedy and everything else is swiftly disappearing, the more that advertisers and agencies realize that comedy is a part of life, the way that trauma is a part of life too. Advertisers, LaGanke says, are embracing a blurry, complicated, joyful life experience. 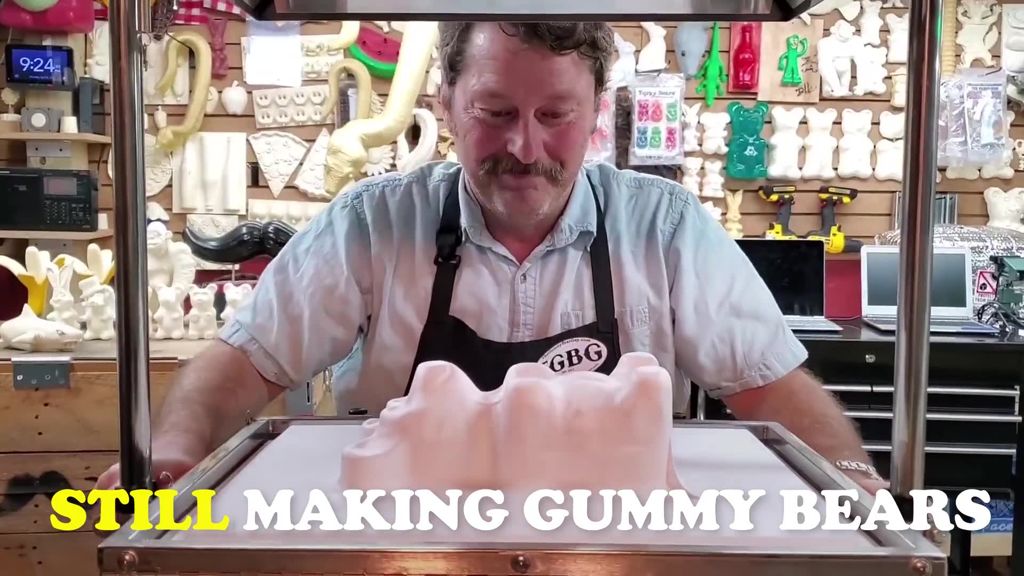 “Advertising needs an upset. A lot of ideation will start with something bold, but by the time an ad leaves an editing booth, it’s been watered down. If we can restructure the commercial, the product will be a part of the message, rather than the focus of it,” says Carlucci. “Pushing the envelope has to become the norm.”

With advertising craving comedy and audiences craving relief, the timing seems perfect to create a moment of healing within the industry. When considering taking a stance, to err on the side of restraint is often the easier option, but restraint isn’t what gets people to laugh. So, what can advertisers do to make an impact, be funny, and reflect on the trauma we’ve all experienced over the past year?

There’s an important moment when we’re able to laugh in the middle of our own misfortune. We are, as a species, joy-seeking.

“Commit.” is Carlucci’s advice. LaGanke has a different solipsism to offer. “Farts,” he says, “will always be funny.”

This seems to get the point. Flatulence is embarrassing, but it’s life. You might as well embrace it, and you might as well laugh at it. If you can get over yourself enough to laugh at an obnoxious bodily function, the rest of the world might not seem so bad. It’s all just farts. 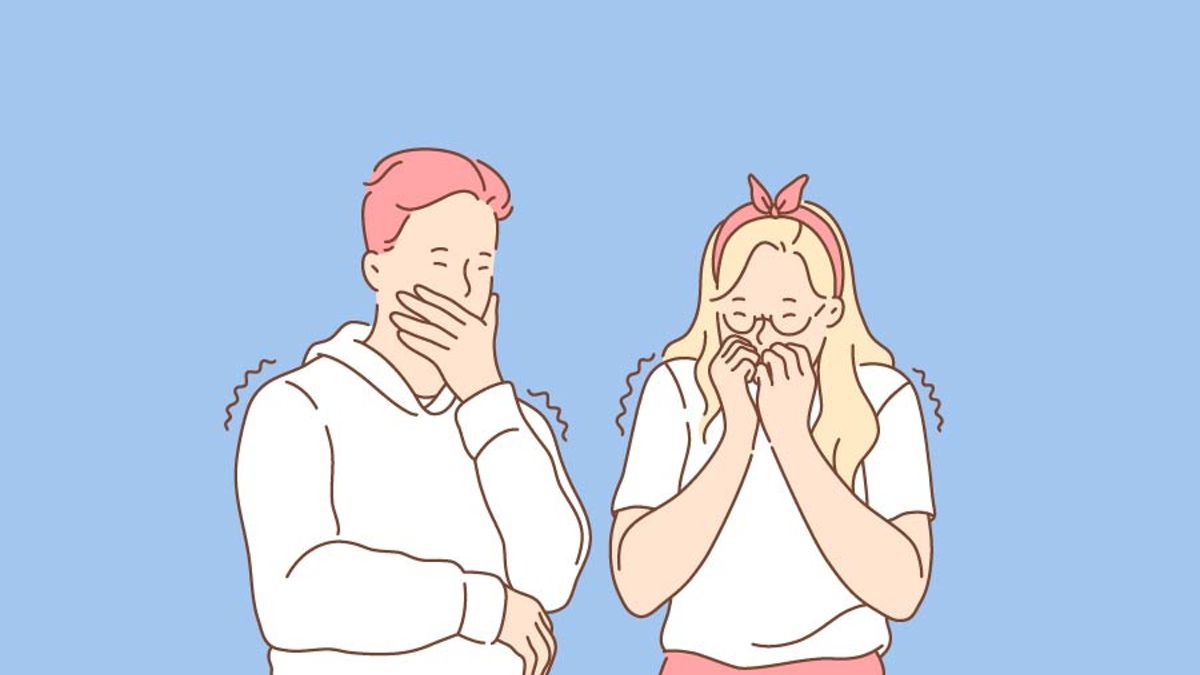