How to... survive a car shoot in extreme conditions

Mark Lindley, ECD at Spark44 Birmingham, has been involved in every Land Rover and Range Rover model launch for the last 15 years. He tells us how to get through shooting in some of the most inhospitable locations on earth, and how he survived falling through the ice!

If there was one product that I wanted to work on more than any other, it’d have to be Defender. After all, for the last seventy years, it’s been one of the most iconic vehicles to have ever roamed the planet.

So when we got the brief to launch The New Land Rover Defender, I was naturally keen to be part of the global team to work on it. And, after helping develop what we believed to be a really great idea, execute it.

However, this shoot was one of the most complex, demanding and ultimately rewarding stills and film shoots I have overseen. Having researched twenty-four countries, we shot in five global locations as far apart as Iceland and Dubai. Little did I know just what I was letting myself in for! It goes without saying this epic shoot couldn’t have happened without a nimble, talented team around me - and some quick thinking.

Here’s a few pearls of wisdom I’d pass on to the any Creative Director when embarking on a shoot of this magnitude: 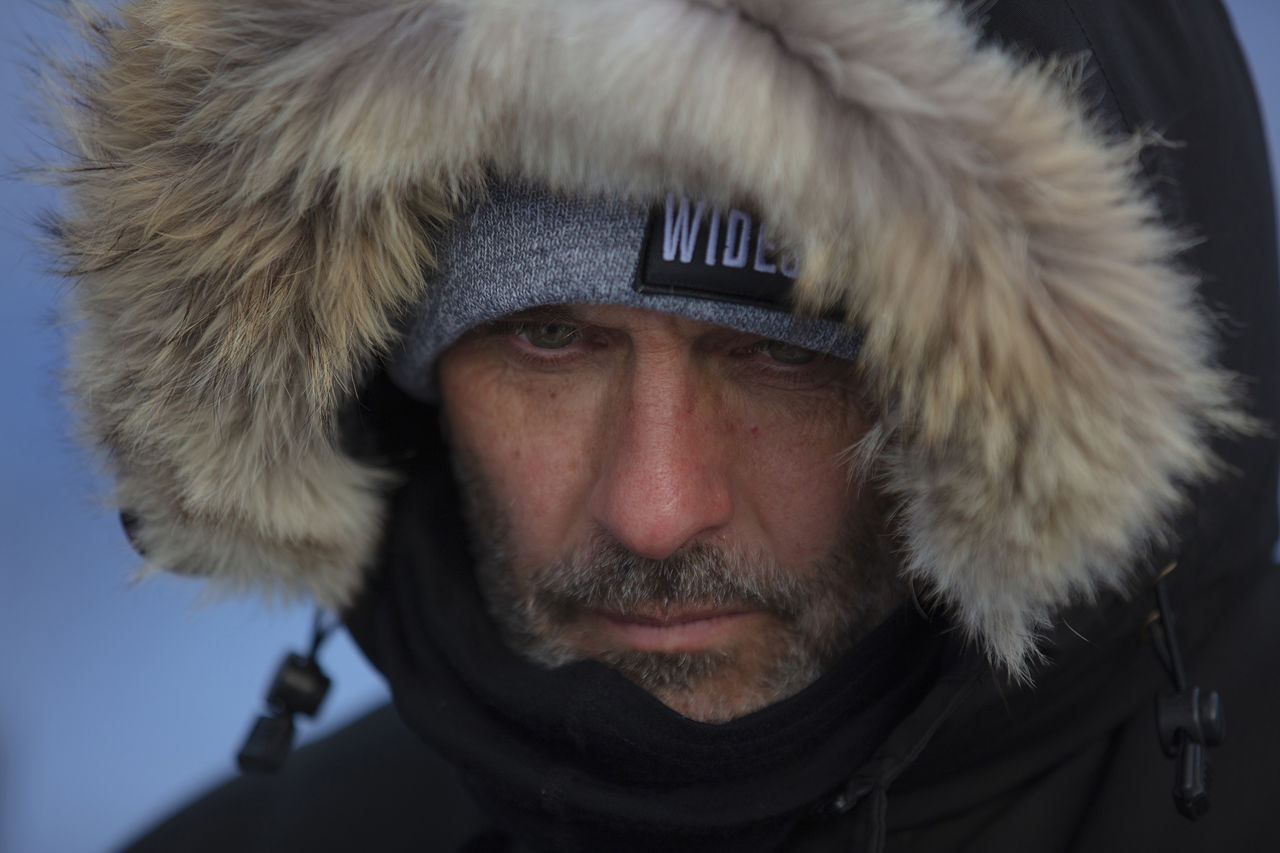 We used over two hundred crew with multiple roles and specialisms. These included ‘heavy water’ surfers - they tackle those freezing, broiling waters even the hardiest wouldn’t dare attempt to surf - as well as underwater cameramen and ice climbers. We needed our talent to go in front of the cameras. Our hero vehicles came in two different body sizes (still the famous 90” and 110” wheelbases), in a variety of colours and all sporting untold different accessory combinations.

Then there was security. Transporting both people and heavily embargoed vehicles within the tightest of timescales to some of the most inhospitable locations imaginable. And to get the kind of epic, cinematic imagery and footage we wanted, it also involved considerable risk.

The ice had cracked and I was suddenly up to my beard in water.

This goes without saying, but it’s essential to trust your crew on a huge shoot such as this. You’re in unfamiliar territory and so you have to put all your trust in them that they know their shit. The icy terrain is a just a little bit different to our offices in Birmingham! When we were shooting in one of the remotest parts of Iceland, I followed our location guide onto an ice lake to scout a potential set up.

We had a limited window to shoot as the ice was starting to defrost which was unusual for that time of year. As we were embarking across a stretch of ice there was a sudden loud Bang! The ice had cracked and I was suddenly up to my beard in water - it was so cold, it actually felt like it was burning.

It was only when I got back home to the UK that I realised just how badly things could’ve turned out.

And that’s when a team of people who normally don’t get that involved with a shoot – namely the rescue team – came into their own. Before the situation became even more critical, I was thrown a safety line, dragged clear and put in the shoot vehicle which warmed me up quickly (Good advert for the car, eh?).

I owe the team a big thank you for their speedy reactions! I didn't let it put me off either, despite their reservations I was back on the ice the next day determined to find the right location for the job. We were a small unit so someone had to do it and it was what I was being paid to do!

It was only when I got back home to the UK that I realised just how badly things could’ve turned out…best not think about it! 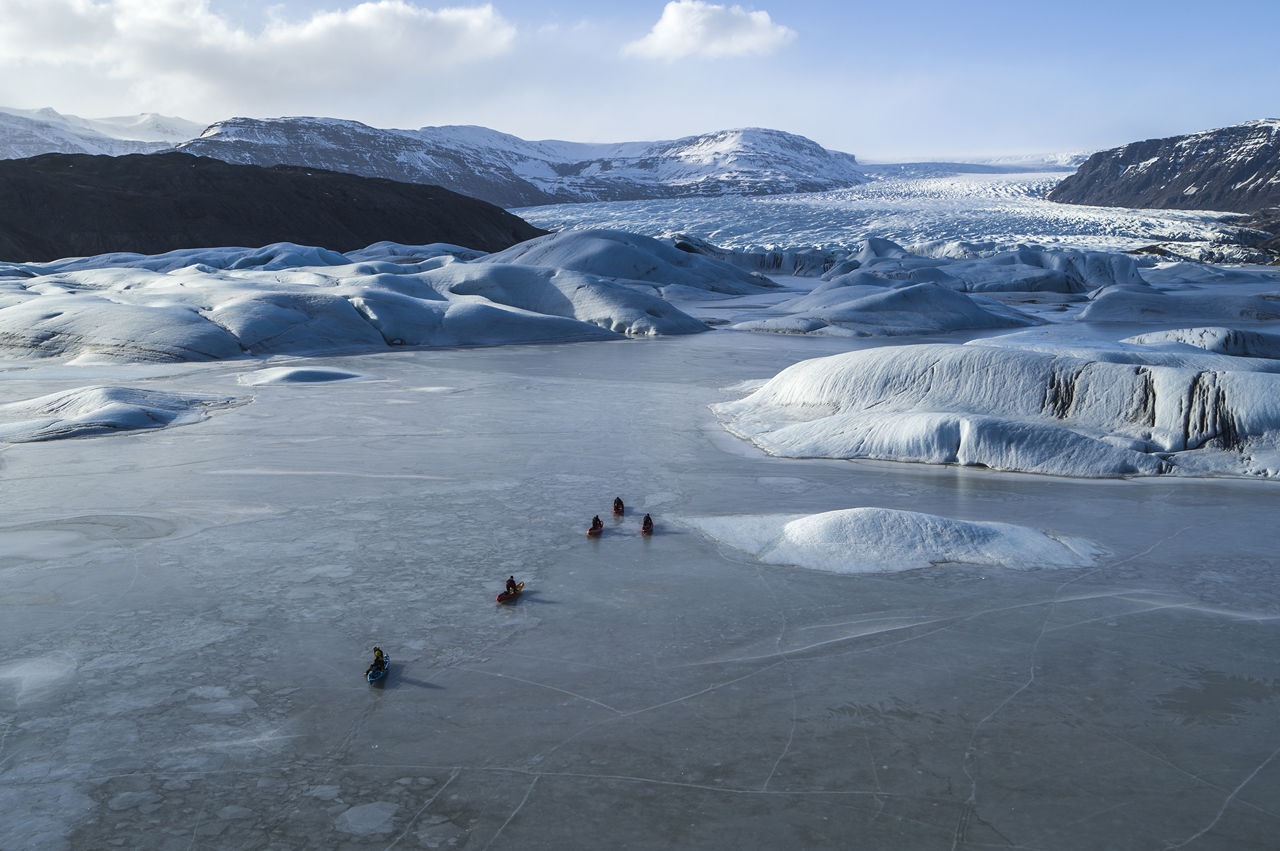 We also needed to shoot an ice wall whilst we were out there which meant transporting crew and equipment by kayak - in drysuits - to get to our chosen location. But it was all worth it. I have to say the subsequent shots and footage were exactly what we were looking for.

It took a lot of technical skills, patience and good humour to finally get what we wanted

Another part of the shoot saw us on top of mountains where the wind chill drove the temperatures down as low as -15°. When we actually came to film, those same conditions caused cameras to seize up and stop working - something you wouldn’t envisage would be an issue ahead of time.

Again, it took a lot of technical skills, patience and good humour to finally get what we wanted. 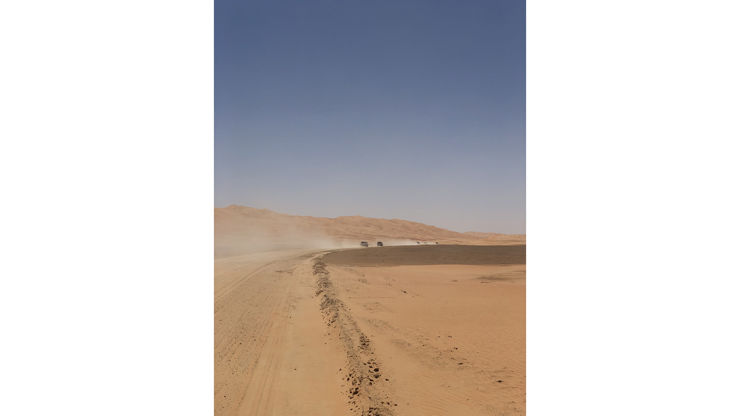 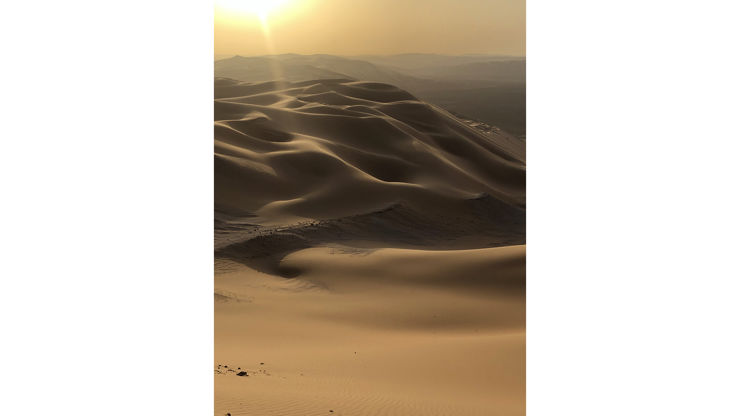 Have a sense of humour

If ice and snow created headaches, so too did the desert sands in Dubai. Because we wanted to film the most extreme locations, it meant we faced challenges on an almost daily basis. Here, it was the sheer distances we had to cover to find those remote places in the most energy-sapping heat and ever-shifting sands that only the sturdiest of 4x4s could tackle. Tyres blew. Tempers frayed.

Accommodation got ridiculously hard to find. But the shots and the moving footage of The New Defender barreling across the desert speak for themselves.

A posse of boats, drones and tracking vehicles followed our hero Land Rover Defender wading over 400 metres through bonnet-high water.

Then there was our final challenge; to capture the ultimate wading shot. To achieve this, we went to a truly remote spot in Scotland. Having found our seemingly impassable location - only inhabited by millions of midges - we then used several shoot vehicles to winch fallen trees out of the water before setting up.

A posse of boats, drones and tracking vehicles then followed our hero Land Rover Defender wading over 400 metres through bonnet-high water. And captured one of the most memorable images and pieces of film of the entire shoot. In one defining take. 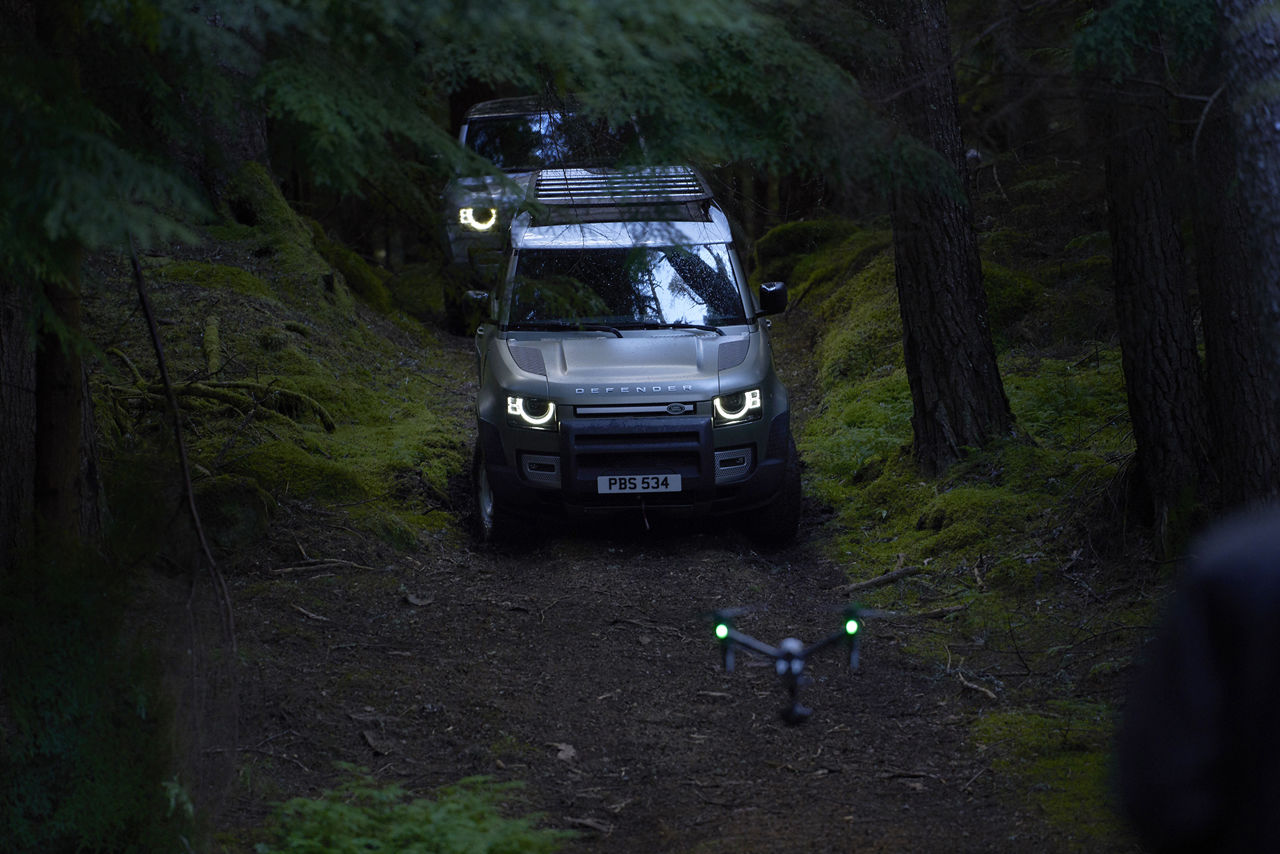 Appreciate where you are

The brief had talked about this vehicle being ‘the most capable and durable Land Rover ever.’ The work, which will appear across myriad media channels all over the world bears testimony to that.

It’s easy in our job to take all this for granted, but remember not many get to explore unknown territory in a remote part of the world and I count myself truly lucky to have experienced it all on this shoot.

I can honestly say that every single moment, every challenge, adventure, mishap and triumph that we experienced shaped the look and feel of the campaign.

It was my most memorable and satisfying shoot to date, and I’m pretty sure I’ll never have another one quite like it. 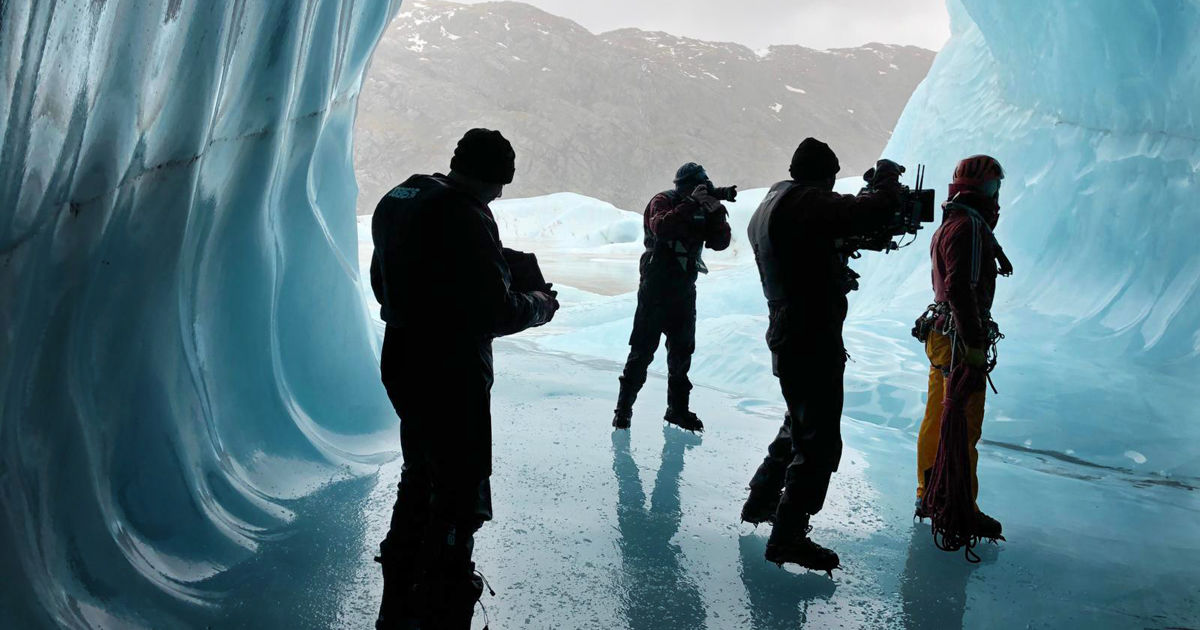