The speed at which kids grow up is enough to make any parent weep at the best of times, so when it's coupled with the devastation of Duchenne muscular dystrophy, a condition that wildly decreases life expectancy, it's heart wrenching.

Poetically telling the story of one such family afflicted with this situation is Finch director Kyra Bartley's Heartbeats, a painterly animated journey through a lad's upsettingly shortened life for Save Our Sons.

In order to achieve the look of the film, an international team used a traditional cell animation approach, with each of the over 1400 frames painstakingly drawn by hand in Procreate on an iPad, then assembled back together in After Effects for finishing - an unusual and challenging pipeline for an animation of this length that involved a team working collaboratively across Spain, Vietnam, Russia and Australia.

We caught up with Bartley to talk about the process, the inspiration and the challenges involved in finding the heart in animated beats.

Save Our Sons – Heartbeat How did you get involved with the project?

I had made another film for film Save Our Sons a few years ago (a live-action one), and it was a really positive experience for everyone. So there was enough trust there for SOS to come back to Finch with pretty much a completely open brief.

I'd written the poem earlier, as a way of getting inside the head of a mum whose son has Duchenne, and I felt like the lyrical feel of it would really suit animation, so I pitched them this concept and luckily they agreed!

What were the early stages? Did you map out which beats the story had to hit and start from there?

I knew that I wanted to explore the storytelling possibilities between the poem, which gives us this heartfelt and fairly nebulous idea of a mother-son relationship, with images that gave us a more specific view of what life with Duchenne is like, without ever feeling like we needed to directly match up the two.

I'd written the poem earlier, as a way of getting inside the head of a mum whose son has Duchenne.

So we developed the story beats of the visuals separately, just mapping out the different ways of showing development and decline that all families could relate to, and once we had a rough arc we began to weave the two together.

I definitely wanted each component to have its own rhythm, independent of the other, and to be open to them feeding into and bouncing off each other in unexpected ways when we brought them together. 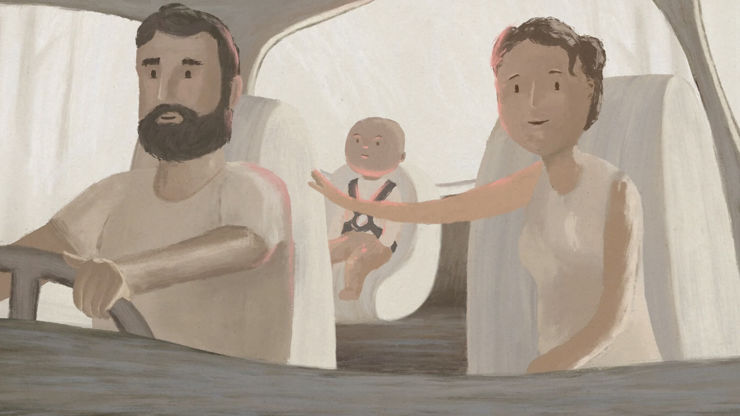 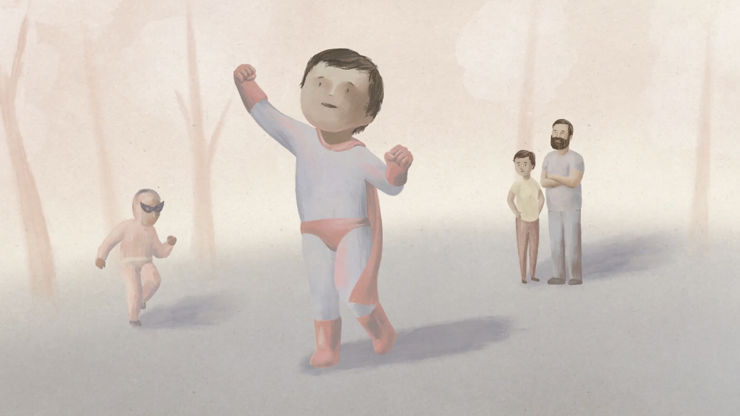 The film uses amazing swirling transitions to switch between stages, can you tell us a little about how those developed?

The idea of keeping the boy (and his heart) in the centre of frame and having the world revolve around him was one of the foundational concepts the film was built on. I wanted the audience to feel this relentless forward march of time - something I think all parents can relate to, but perhaps none so much as those who endure the realities of a drastically shortened timeline. So the swirling transitions came about as a way to visualise that time rushing by, and imbue the film with the helplessness of being unable to stop and hold onto each precious moment, no matter how much you want to.

Also, I didn't love the idea of having to draw fifteen scenes worth of environments from a spinning perspective, and paint strokes hide a lot.

What was the animation process?

We made a detailed animatic in Harmony, and our lead artist Katya Polezhaeva created a fully painted styleframe for each scene. Then the animatic was output as individual frames, and along with the reference frame, each shot was sent to the artist allocated to it. (We had illustrators & animators from Spain, Ireland/Vietnam and Russia; an amazing team I've been lucky enough to cobble together over the years.)

The artists replicated scenes in Procreate on the iPad, painting each frame of the scene individually, before sending them back to be reassembled and composited together in After Effects.

The artists then replicated the scene in Procreate on the iPad, painting each frame of the scene individually, before sending them back to be reassembled and composited together in After Effects. It's a lot of frames - I think over 1400 in the end, with each scene having multiple characters that needed to be painted separately.

My wrist hurts when I think back to it, but I think the end result is worth it. What's the advantage of using Procreate over graphics tablets or traditional techniques?

I'm a sucker for really organic textures and a painterly approach, and that's something that's not really possible in traditional cel animation programs that either rely on vector images or a really limited bitmap brush selection. You can get closer to it with Photoshop, but I've always struggled with their animation interface, and going full old-school analogue wasn't an option because our team was spread across different pockets of the world, and we needed a digital process of collaboration.

I'd used Procreate on the iPad for sketching and the occasional digital painting, so I knew it's capabilities in that arena, but just as we started to get more seriously into the animation side of things, they launched a new version that included frame-by-frame animation options. Although it's a pretty simple set of tools (and not really designed for long animations, so beware!) I found the immediacy of it, combined with the brush engine it's famous for, an absolute winner.

I'm a sucker for really organic textures and a painterly approach, and that's something that's not really possible in traditional cel animation programs that either rely on vector images or a really limited bitmap brush selection.

There was a bit of trial and error in finding the right workflow between Procreate and the final comp in After Effects, but I'll definitely continue to keep using it for short animations that need a handcrafted feel.

The music and VO are integral to guiding the audience's emotions in the film. Did you work to an already-set soundtrack or did that evolve with the film?

We had a temp track in right from the first animatic, but it was really the VO - heartbreakingly read by a 'real' Mum whose son suffers from Duchenne - that set the tone and pacing of the film as it developed.

So by the time we got to searching for a track we could actually use, we really needed someone to come in and rescue us from the tune that had been cemented in our heads for the better part of a year - and that musical wizard was Sonar's Matteo Zingales. He composed the beautiful track that we ended up with, which together with Timothy Bridge's sound design, really kicked the film up a notch and gave it a more nuanced and fully realised emotional journey through the boy's life. 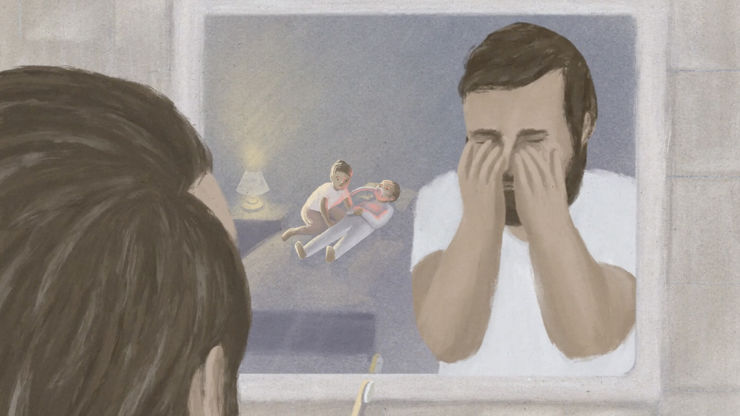 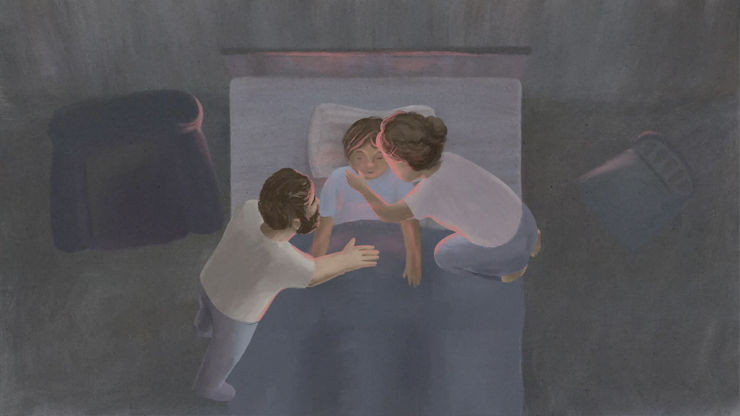 An odd question to ask about a film that's so emotional, but what's your favourite moment from the finished piece?

I love the moment about midway through the film, as the mother is finishing saying 'he is perfect now. And now. And now.' From my research and speaking with families, I'd come to visualise the progression of Duchenne as a sort of pendulum swing, where the boys develop as expected for the first few years, then start to have problems walking and jumping, before all too quickly reaching the summit of their bodies' capabilities and beginning the devastating slide backwards in physical ability that will eventually claim their last working muscle, the heart.

It's such a poignant image for me, so I wanted to capture the feeling of it somehow and that's what that particular moment is: the silence hangs heavily, loaded with all the weight of the pendulum about to begin its backward trajectory.

And what moment caused the most issues in production?

I wouldn't say one moment exactly, but the style and character development was a lengthy and fairly convoluted process that I think was a victim of that famously tricky 'do whatever you want!' brief.

We went through so many (SO MANY) iterations of character designs, textures and colour palettes

Our lead animator, superstar Paul McNulty, had already done an animatic sequence fairly early on, so we had a good idea about what we were going to be animating...I just couldn't for the life of me decide exactly what I wanted it to look like.

We went through so many (SO MANY) iterations of character designs, textures and colour palettes - it was originally supposed to be a black and white piece - before landing where we did. I'm glad we stuck with it, I think the softer pastels and muted colours help give the film some of its nostalgic appeal.

I've been doing a lot of doco and doco/drama hybrid work over the last couple of years, which I love, but have lately begun to miss my animation roots. I've been on the lookout for ways to combine the two, which sadly doesn't happen much because they're often seen as sitting at opposite ends of the storytelling spectrum.

I think there's real beauty in combining the unexpected though, so I'm currently in development on a stop-motion doco, and on the lookout for other scripts and creatives to collaborate with who want to explore that range of possibilities.

shots speaks to director Henry Hobson about how he managed to put the viewer into 20+ sports through dazzling first-person photography for Discovery+. 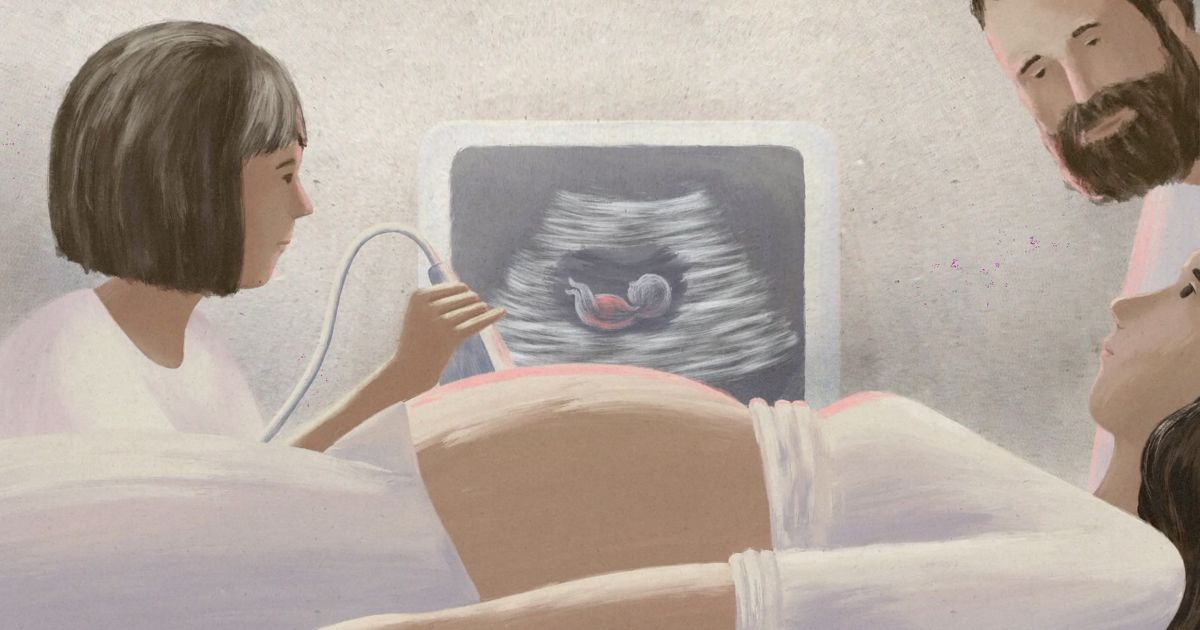 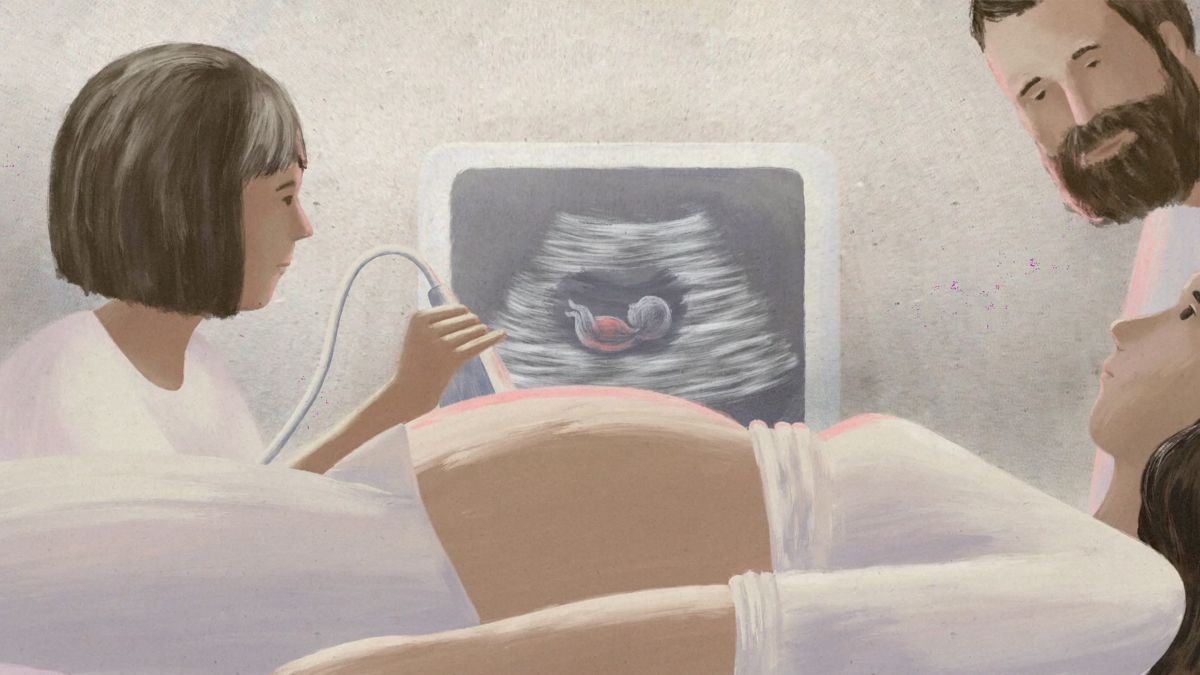