With a mashup of visual effects and techniques from the earlier days of film, rubberband. has managed to create an immersive, surreal world.

Citing dozens of references and leaving the references up to the experts (the viewers, obviously), rubberband. gives us an inside look at the production of Tokyo Drifting. We sit down with the director and ask about how they took notes from ancient myths, video games, and illustrations to create an exuberant film for this song.

What was the collaboration process like with Glass Animals?

It was amazing. They’re smart, they’re funny, they’re trusting. Dave had all kinds of diverse and interesting references and was creatively so open minded. Truly it was one of the best experiences we’ve had with an artist. Can’t say enough good things about Dave and the team.

Where did the mythological subtext come from?

The song (and a lot of the band’s initial inspiration) surrounded 90’s fighter video games. The conceptual simplicity of two characters pitted against each other had this nice symbiosis with these archetypal mythological stories.

There’s something about the way motion reads when step-printed that has this drunken cloudiness.

We all found something interesting in modernizing that sort of hero’s-journey-parable.

How did you achieve the look of a cut-and-paste zine at the start of the film?

It was a multiple step process, and we need to shoutout our amazing collaborator on this, James Siewart, who labored over every individual frame. We spent a lot of time thinking about and experimenting with what would feel the most fitting on a textural level, using certain types of tape and ink that had the tactile quality we were after. Iza Genzken's work served as a major reference point for us. 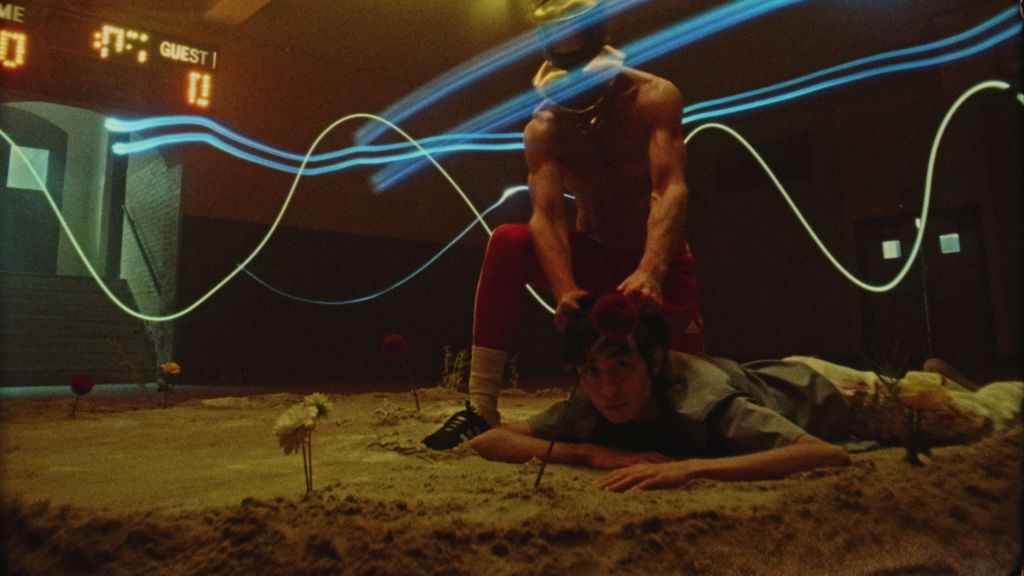 Did you hand-draw some of the art in the beginning?

How much footage did you need to create your stop-motion effects?

We devoted essentially an entire shoot day to the stop-motion moments in the video. There’s no real way around the Sisyphean rigor of stop-motion.Eventually you hit a groove and the whole team becomes this Nascar pit crew-like unit.

The conceptual simplicity of two characters pitted against each other had this nice symbiosis with these archetypal mythological stories.

There’s something meditative to the repetition but I’m sure our AD would say otherwise, haha.

Did your image of the final product change during shooting?

I wouldn't say changed as much as crystalized. We’re big fans of pre-viz but there’s always some element of discovery on the day once you’re in the space, making the thing. That’s half of the fun—watching it take shape in front of you.

Did anything surprise you when you finally received the footage?

For sure, which is part of the beauty of shooting on film. There’s always little moments or qualities in the image that are unpredictable. This idea was very experimental and designed in a way to be about discovery so 16mm felt like the fitting format for that reason. 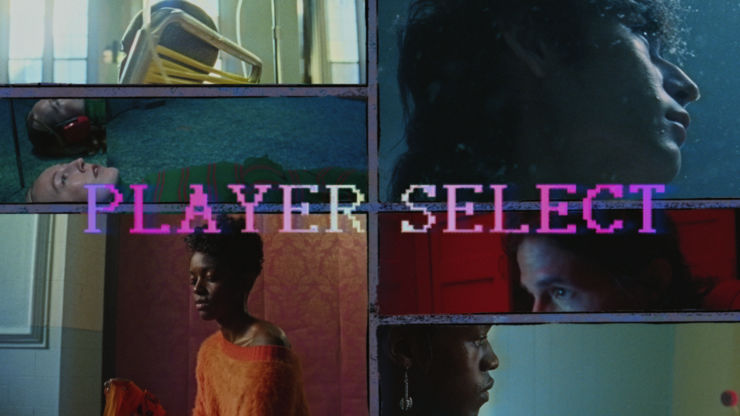 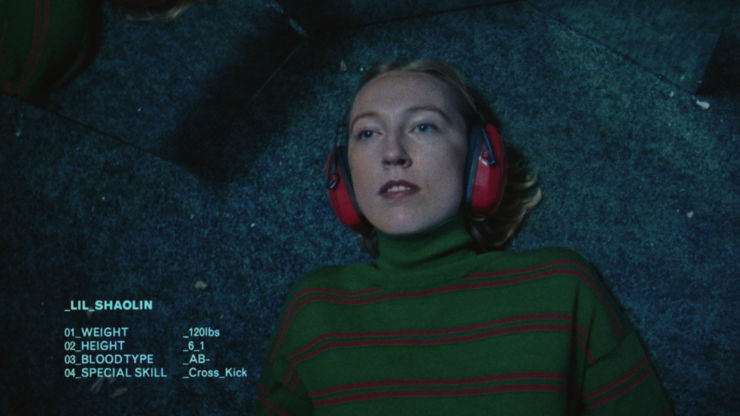 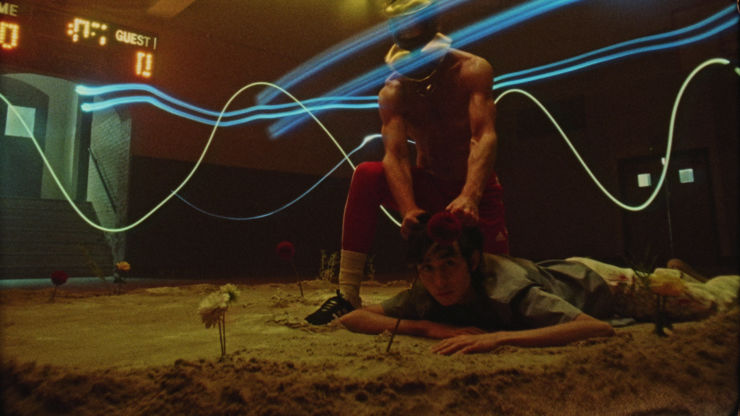 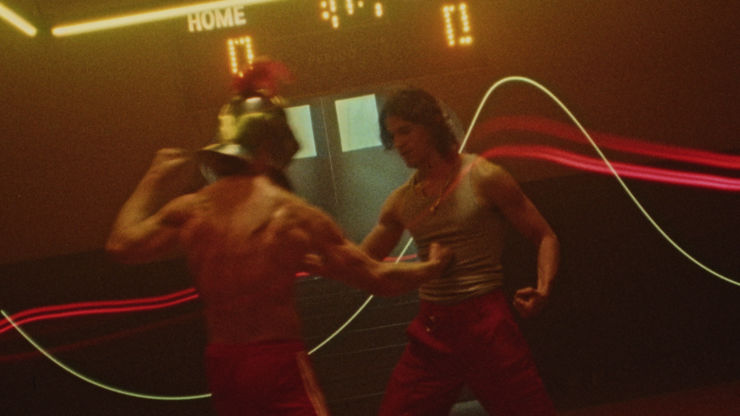 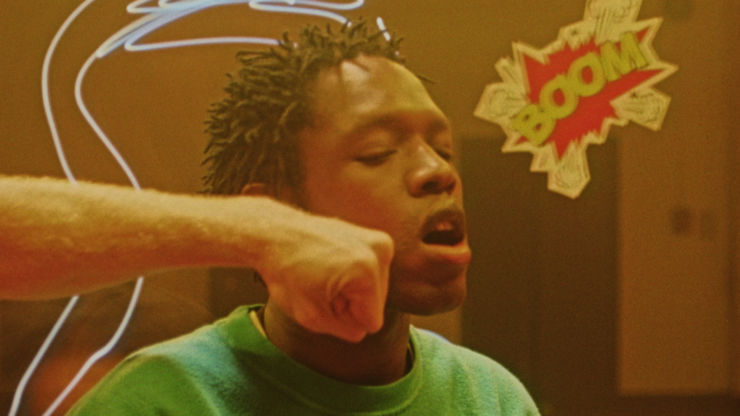 Above: Stills from Tokyo Drifting.

Did you use VFX to create the streaked light in the background of some of the fight scenes?

Nope, it was done entirely in camera.

Can you describe the step printing process and how you used it in Tokyo Drifting?

Yeah, there’s something about the way motion reads when step-printed that has this drunken cloudiness. It just felt like the right way to film the fight scenes. We never wanted those moments to take themselves too seriously.

Why did you decide to use older techniques rather than create these effects in post-production?

For the feeling they engender. It’s not that one’s better than the other but they're certainly different. It’s a bit ineffable but what we can say is the song just didn’t feel slick or polished to us as much as it felt like this lovely chaos. And we wanted to reflect that in all of our aesthetic decision making.

Above: Promotional gifs for the band members

Are there any references or Easter eggs you snuck in that we might not see at first glance?

You’d have to tell us.

Do you have a favorite 90s video game?

Anything Nintendo 64. Man, I miss those controllers.

How Iggy Pop was brought to the beach

Yesterday saw the launch of a new film for On the Beach, featuring Iggy Pop. Here, Uncommon ECD and the director of the film, Sam Walker, reveals the thinking behind the campaign's message, the process of being both ECD and director, and why Iggy was the only choice to lead "this defiantly optimistic ode".

With only 21 days at its disposal, St Luke's had a tight deadline to create this new campaign for Dole, which focusses on child hunger. But, despite this, #UnstuffedBears is a simple but elegant and effective campaign that employs film and digital elements as well as a varied cast of teddies.

How to (literally) break the internet

Director Sonejuhi Sinha had to imagine what the digital world would be like if 25% of the code was taken out of the internet. The result is a bizarre and hypnotic film that explores how women are an essential part of the STEM ecosystem. 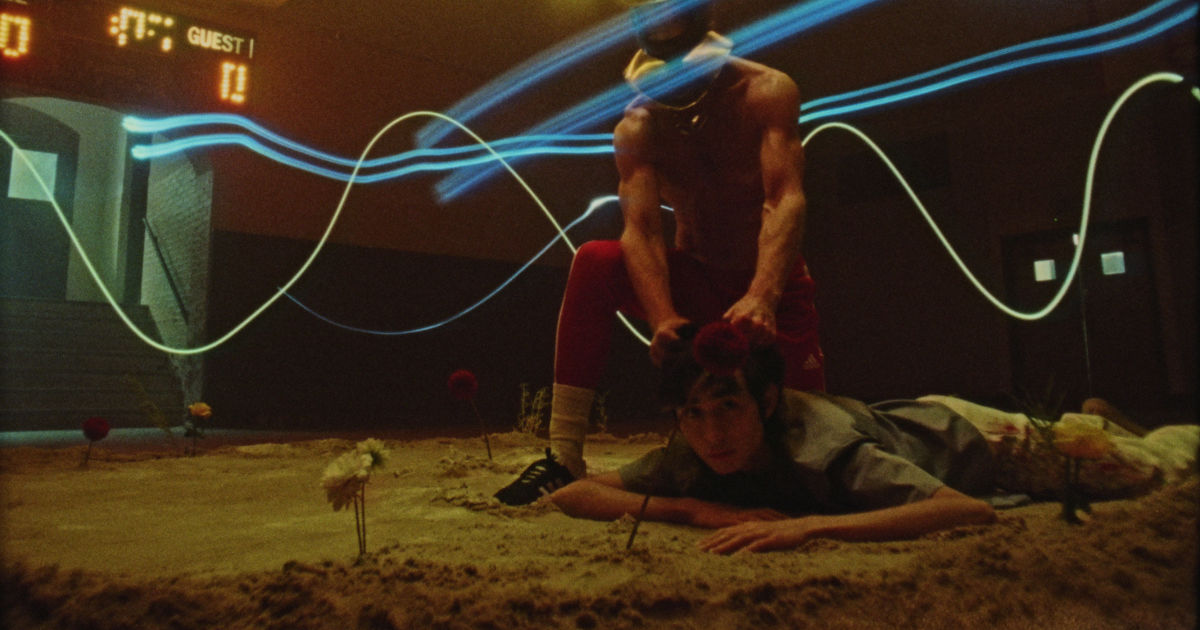 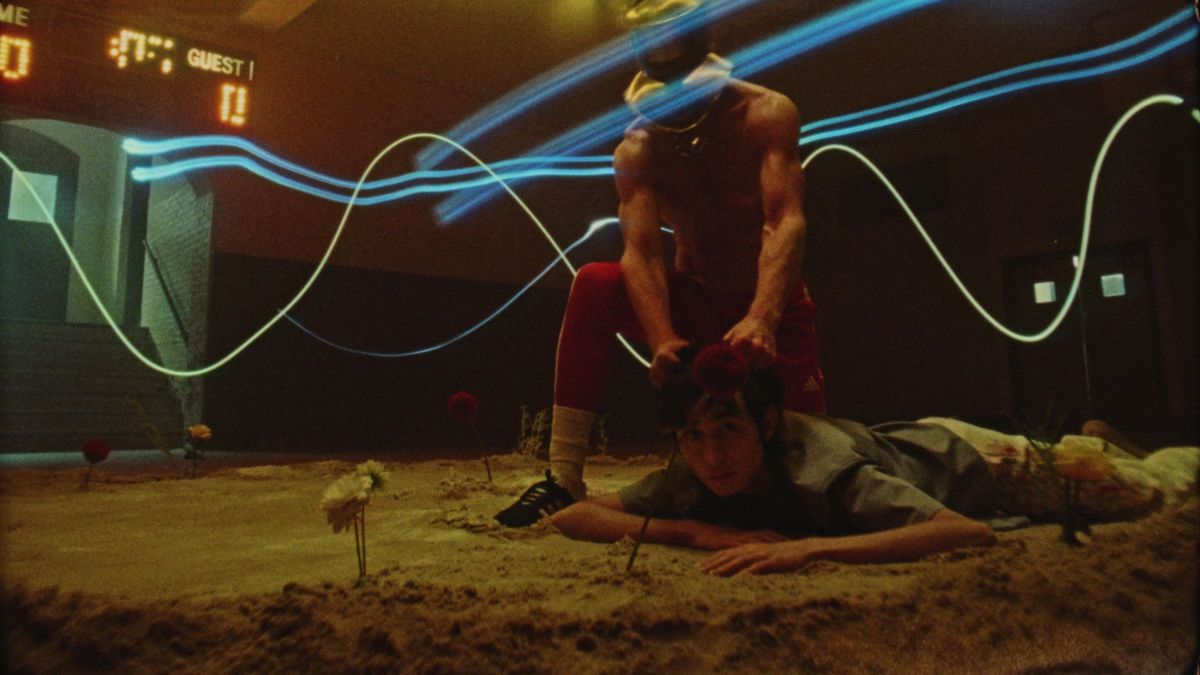