Endless snacks. Chugging bottles. Falling asleep at inopportune moments. In many ways, Huggies spot is a perfect reflection of the Super Bowl viewership. However, you probably wouldn't have put money on a bunch of babies winning the big game's ad breaks.

Created by Droga5 and SMUGGLER super-talent Mark Molloy, Welcome To The World, Baby is an audacious premise - shoot a fast-paced, multi-location spot featuring a huge cast of infants... in a pandemic.

Realising their ambition with aplomb, the global operation (the ad was shot in South Africa) incorporated some in-depth editing and mastery of tone to create a film that zips along like a toddler on a tricycle.

We caught up with Molloy, currently based in Australia, to chat about the extensive shoot and how to direct the most demanding of performers.

Huggies – Welcome to the World, Baby 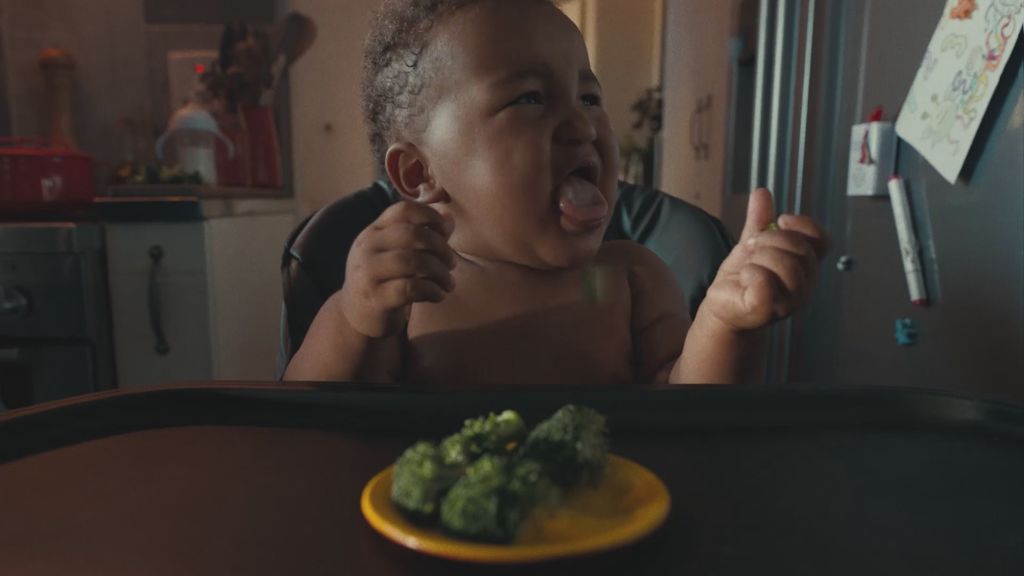 How did you get involved in the project?

I got the script, read it, and instantly knew I just had to do it. And I thought, hopefully the very good folks at Huggies and Droga5 saw how I approach work, my aesthetic and style and thought I’d be a good fit for it.

From the very first conversation that we had all together, we just seemed to be on the same page.

Was the script locked from the beginning? We know that working with babies can be troublesome, so wondered if anything was altered due to what was captured.

The final film is actually really close to the script. It was in such a good place from the start, that’s why I fell in love with it. We saw the script as more of a blueprint. We were like, let’s see what we can get, what we didn’t expect to get, and go from there.

Getting babies to actually perform and give us nuanced reactions on camera was challenging.

Working with babies can be difficult, but in this case, getting babies to actually perform and give us nuanced reactions on camera was challenging but we did it!

We had a very good plan going into it, but were always open to seeing what would happen. 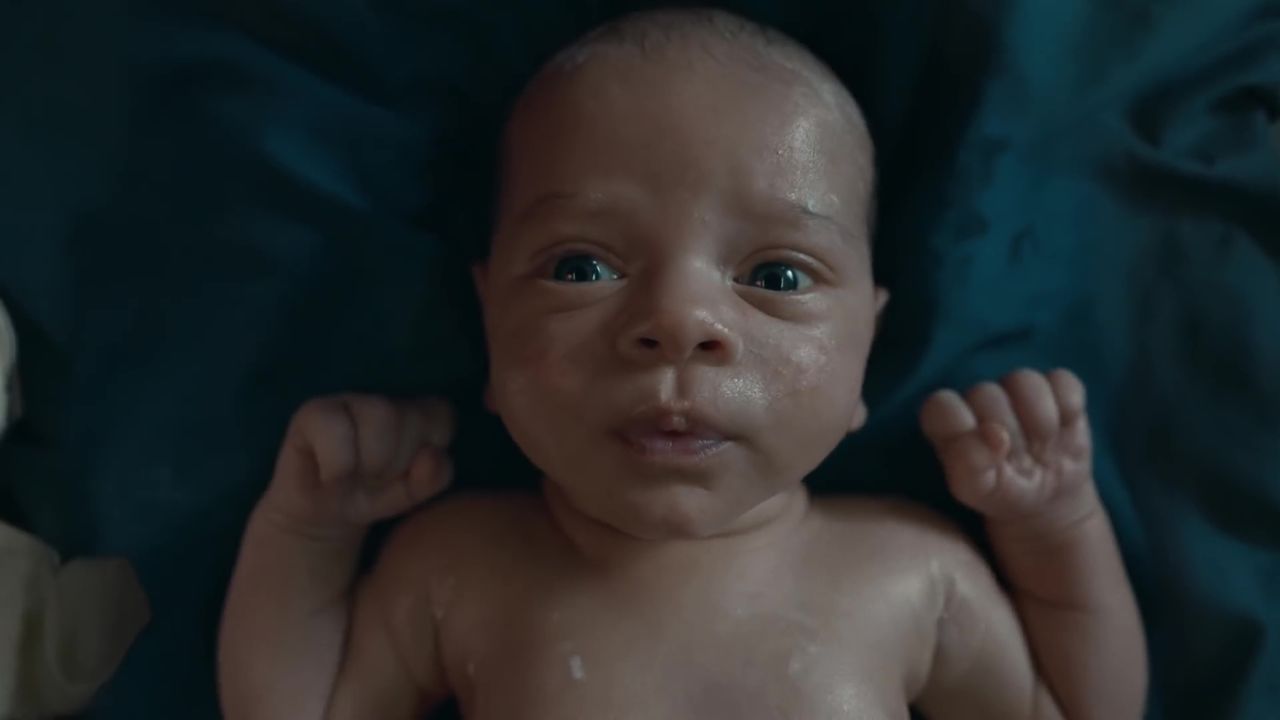 Speaking of which, how the heck did you direct SO MANY BABIES? There are some serious camera-muggers in there, was it great direction or just a bunch of talented tots?

It was a challenge, I’m not going to lie about that.

There were a couple of moments where I was just on set and was like, what did I sign up for? And, obviously, with babies, you can’t control them. We’re talking about getting two-week-old babies to look at the camera, which in itself is a challenge.

How was the shoot? We can imagine a shot-list as mixed as this must have been complex with the current restrictions.

The shoot was great. Surrounded by babies at every turn. I had an amazing team. We shot it in South Africa for a number of reasons. Obviously, shooting in a pandemic everywhere is hard. It was particularly tough, a lot of testing, a lot of everything.

We’re talking about getting two-week-old babies to look at the camera, which in itself is a challenge.

I was very upfront from the very first page. Our plan had to be amazing to do this job, let alone in a pandemic. We had to approach it with a very well thought out plan about how we do this.

My approach really stemmed from getting babies in front of cameras for as much time as we could to allow these moments to happen. We built our approach around that and worked with a lot of amazing baby wranglers. 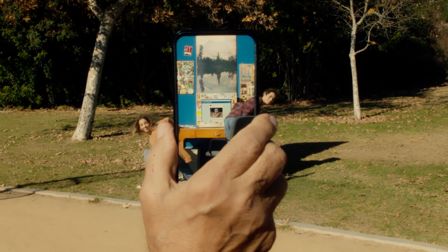 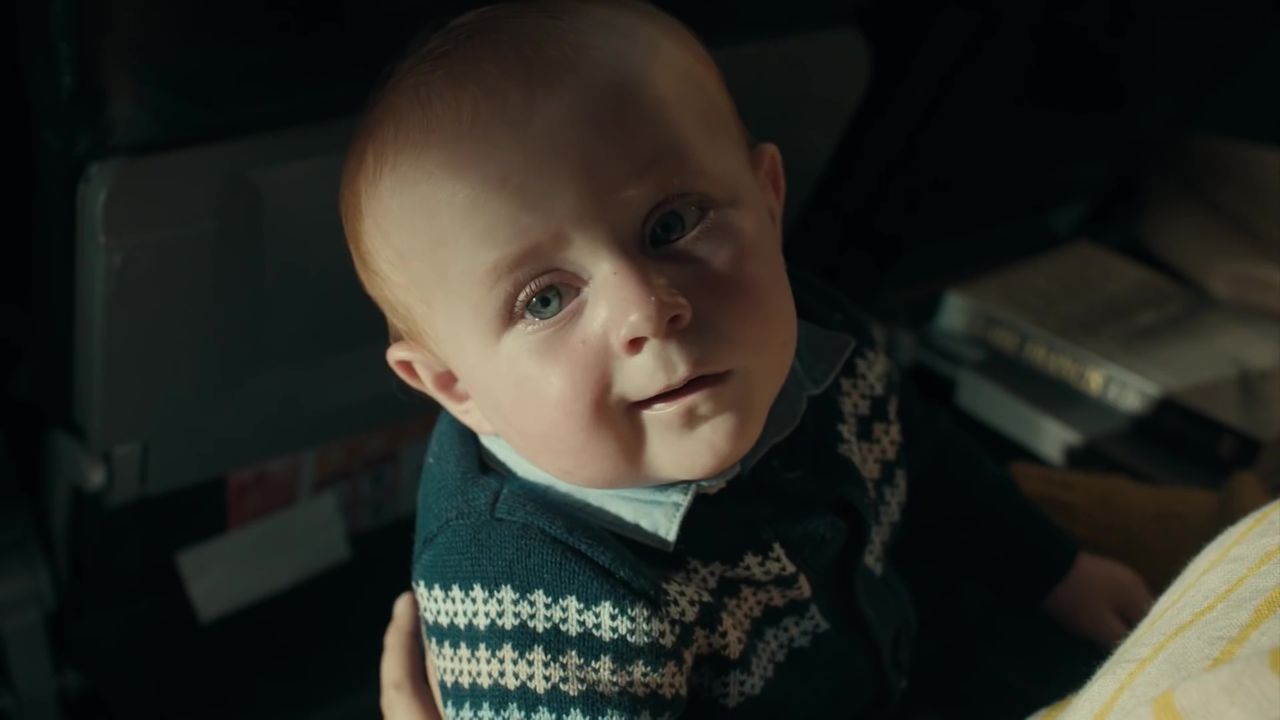 Were there any unexpected problems that occurred in the shoot? How were they overcome?

Oh man — there were definitely challenges as with every shoot. For example, shots like the baby pooing on the plane and doing that face. We sat there for three hours waiting for a baby to do a poo, not your usual shoot! We had a lot of those shots, the beautiful moments where babies are just asleep in all these positions around the house.

It was just a lot of time we had to sit there and wait for the baby to fall asleep in that position with their parents.

Can you talk us through how the edit was constructed? How much footage was shot to catch the gems?

It was, maybe it’s the most rushes I’ve ever shot on a job. I had multiple cameras rolling for large chunks, just waiting for those golden moments. My two incredible editors Stewart Reeves and Trish Fuller just mined through it all.

We sat there for three hours waiting for a baby to do a poo, not your usual shoot!

I said to them from the very start — I need you to go through this with a fine-toothed comb, cause there’ll be little moments when babies do something that we can use to say something. They did an incredible job, not just going through it but also combining it together, making these stories happen. From the minute the job came in, I had a very definite perspective of how I wanted to tell this story. I didn’t want any pastel colors, any toys, I didn’t want any parents cuddling babies, I basically wanted to not have anything that felt like a diaper ad we've seen before. I wanted to speak to babies as if they were adults. I knew that was the thing that was really going to resonate and make this thing different from any other baby diaper ad that’s been out there.

I really wanted to see the world from a baby’s point of view — not just how babies see the world, but how we see babies. I worked on this defined language that you can see in the film, of: this is what the baby sees, this is how we see the baby.

I think that really worked, and made it feel different too. 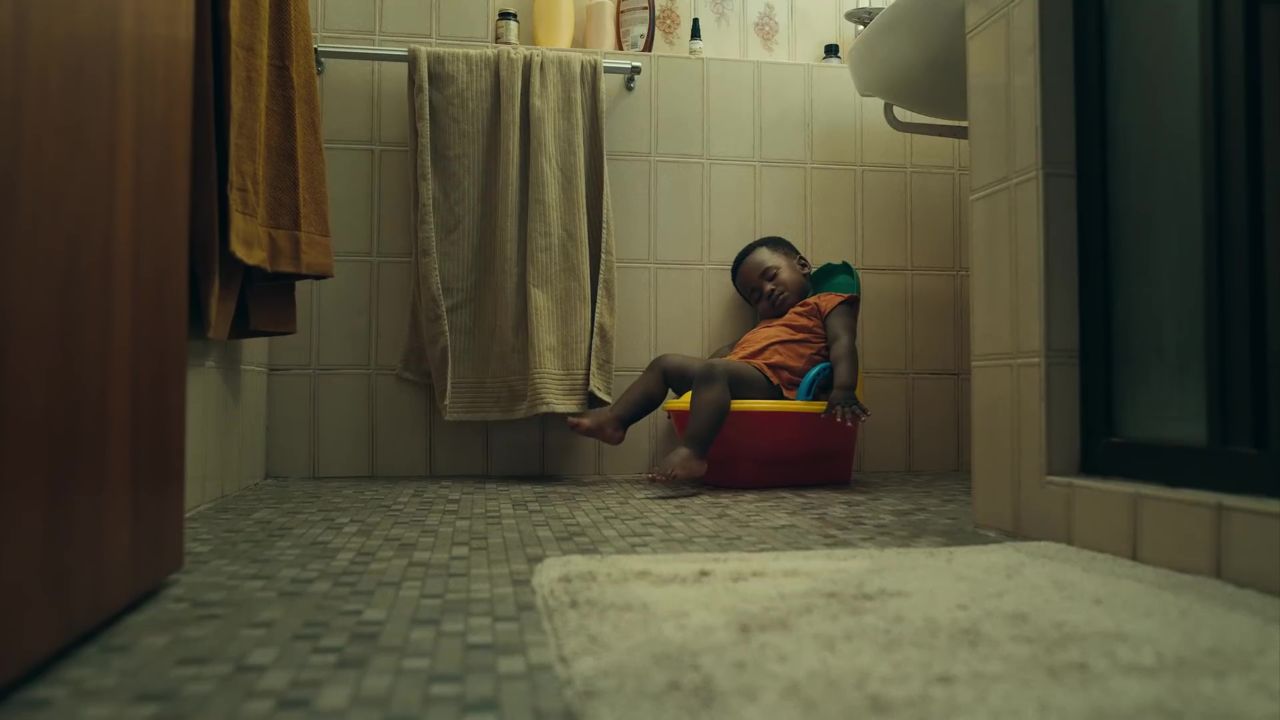 In terms of a favorite child, all the babies started to blend into each other which was kinda weird on the shoot. I definitely have favorite moments.

There’s some moments when all the relatives are around a pram and they’re squeezing this baby’s cheeks and we got a great reaction from the baby.

Babies get to roam the world, to control it and see it how they want to -- to manipulate it.

I really love that as well as the plane moment, I always knew that one was going to be really funny.

Babies do have a pretty sweet life; are there any aspects of infancy you wish could be converted to adulthood? Maybe a nap in a stroller?

I actually said this to the team from Droga5 on our first call: babies live the life!

It’s all about them and the whole world revolves around them. These babies get to roam the world, to control it and see it how they want to -- to manipulate it.

I was kind of jealous of them by the end of it. 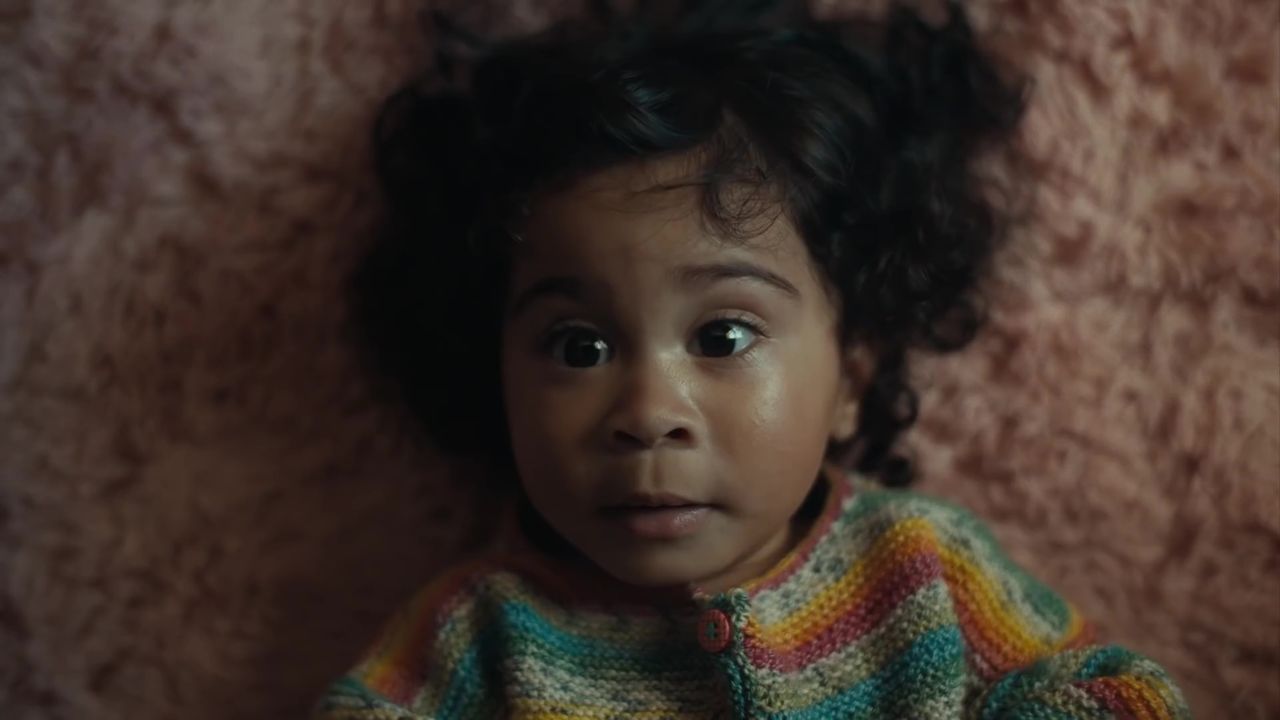 A version of the spot aired in the Super Bowl. Do you feel the added pressure that comes with such a big event?

Yeah, it’s always a big one. I was really excited because we were going to make a game-day ad for a diaper brand. I wanted it to be funny and really charming, but I didn’t want to fall into that typical type of comedy. I wanted it to stand out. But of course that brought on the pressure.

Let the babies do what they do. Great writing, that’s what makes a great ad.

Aside from heading up a shots Awards The Americas jury (thanks for that), what's up next for you?

I’m excited to judge it!

Right now I’m back into another commercial job. Also got some long-form stuff that’s still floating around.

I’m actually back in Australia now for a little bit to enjoy a Covid free life, see all of my family, which is lovely. How Weezer ditched the doomscroll

We asked Pulse Films director Colin Read how his in-camera trickery and a sprinkling of nostalgia helped the rockers celebrate All My Favourite Songs. 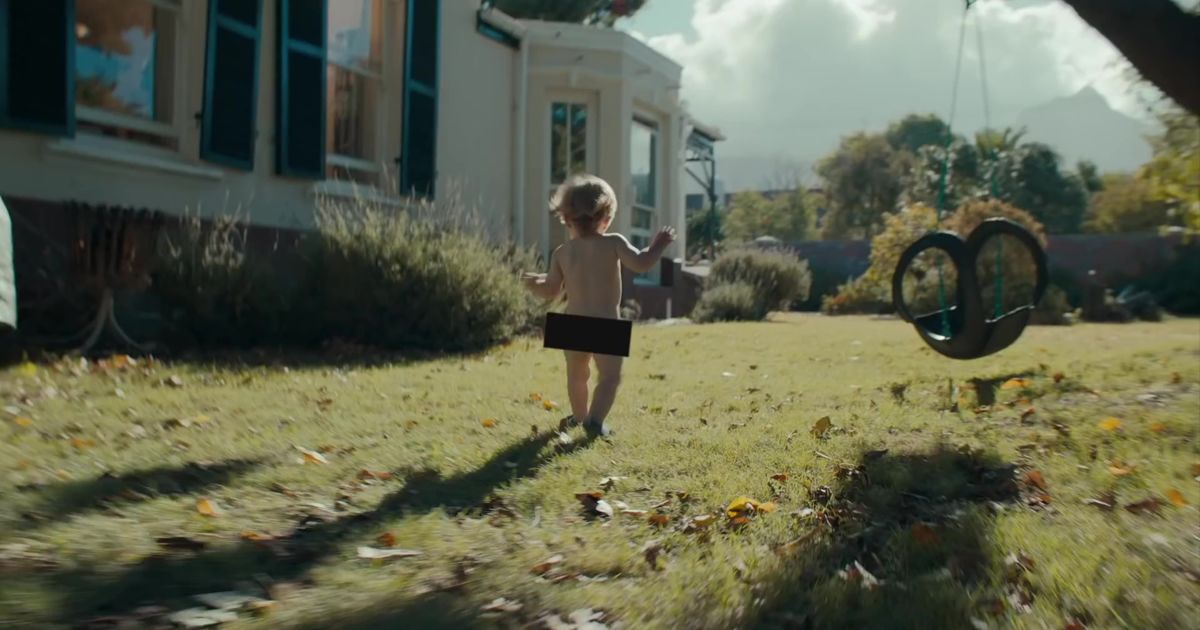 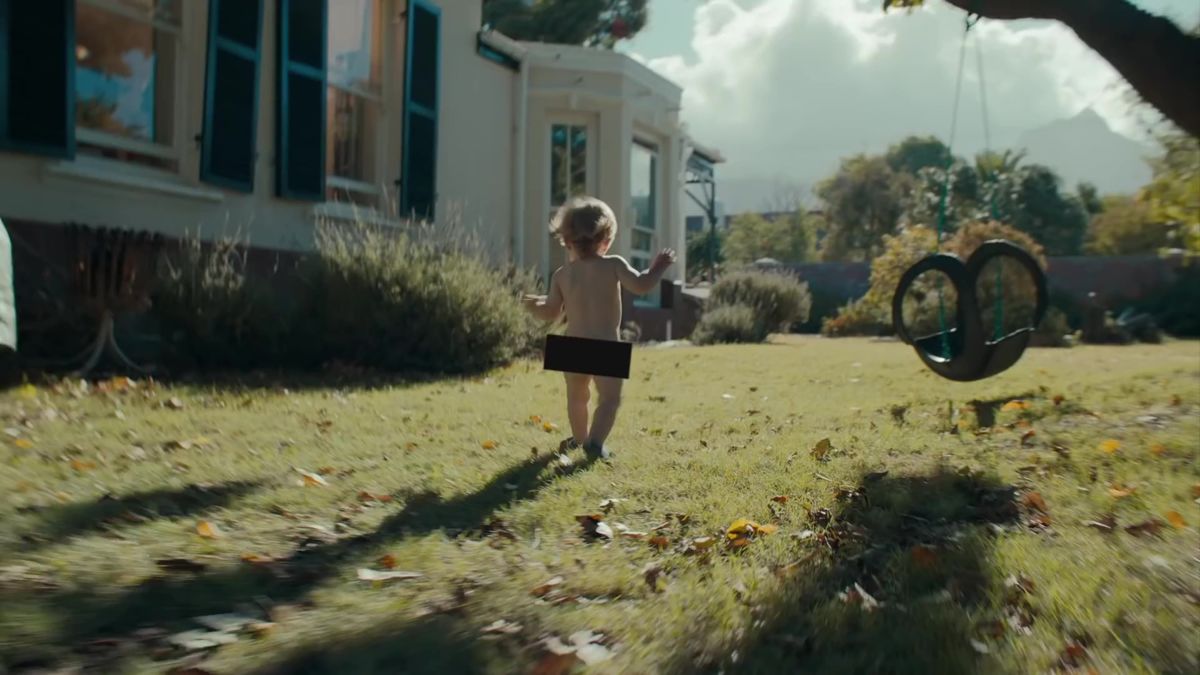