Framestore has worked on all three films in MoneySuperMarket’s ‘Get Money Calm’ campaign.

For the third film in the brand’s latest campaign, MoneySuperMarket once again enlisted the help of Framestore, this time to deliver a sleuth of photoreal CG bears which help the film’s subject ‘Get Money Calm’.

The commercial opens with a man running through a forest alongside a group of wild bears that act as a metaphor for the chaos and disorganised nature of his financial situation. Internationally renowned for creating photoreal animals and creatures, Framestore was the perfect partner for Engine on this project.

Framestore has worked on all three films in MoneySuperMarket’s ‘Get Money Calm’ campaign, previously delivering a parachuting cat and a goat in a hot tub. The VFX challenge for Bears required the team to walk the line between realistic and the surreal, creating and delivering several CG bears for the commercial.

Framestore ensured each animal had its own look and slight variation in fur colour to differentiate them and make them look as photo realistic as possible. The artists then animated the bears and integrated them into the forest environment, blending them with live action elements and making sure interactions with CG plants, water, leaves and dust from the forest environment looked as natural as possible. 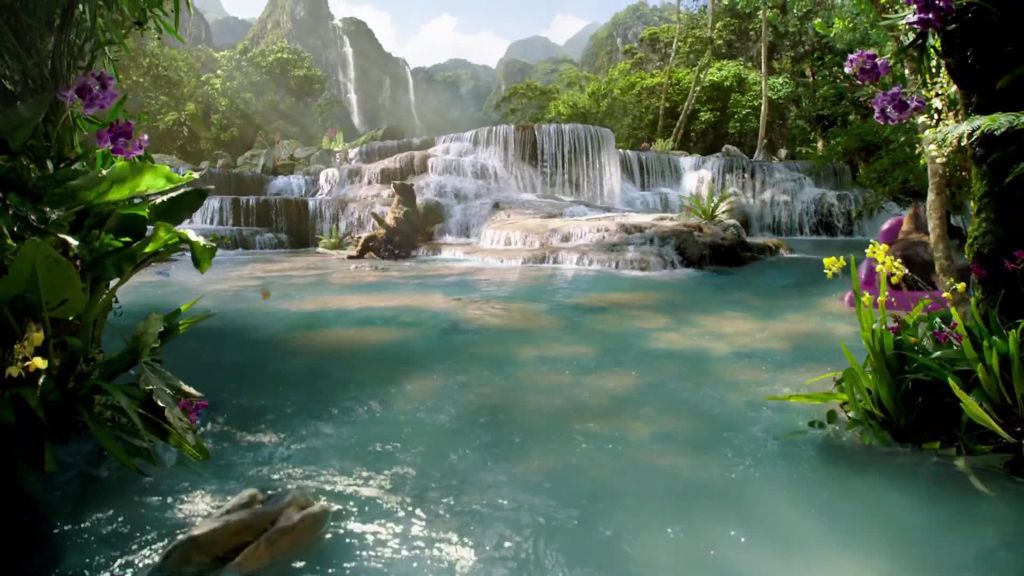 ‘When we designed the bears, our team created something that looked and moved like real animals but weren’t intimidating,’ said Jordi Bares, Creative Director at Framestore. ‘We worked hard to make sure their fur looked natural and the muscle simulations made them feel like they had all the weight and impact of a real bear when they were running alongside the advert’s hero.’

The commercial ends with the subject falling into an environment created by Framestore, complete with singing birds and cascading waterfalls.’ This oasis was created by combining several different live action plates with digital matte paintings and additional assets including a flutter of CG butterflies.

The bears return in this sequence, with one playing in the water and another treating itself to a bit of relaxation on a lilo. To create the most believable scene even when the advert becomes surreal, the team at Framestore created a separate rig for the laid-back animal, so they could animate it with more human-feeling mannerisms while making sure it still looked as natural as possible

‘For the final sequence we needed to concentrate on the groom of the bears,’ said Jules Janaud, the project’s VFX Supervisor. ‘Convincing audiences of dry fur is one thing but when it’s wet, it presents more of a challenge in making sure it looks natural when it’s clumped together with water and full of droplets.’

‘The team did a brilliant job creating photoreal animals that were completely convincing even when anthropomorphised,’ added Bares. ‘It’s really fun to work on projects where the brief allows us to push ourselves and produce really outstanding work in advertising.’ 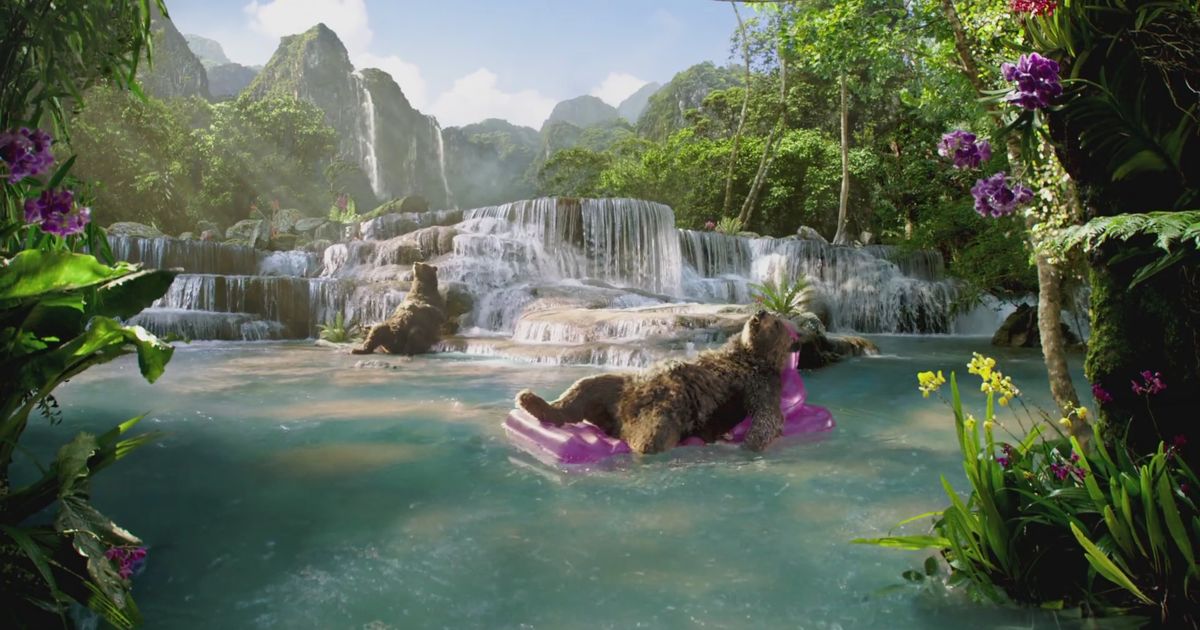 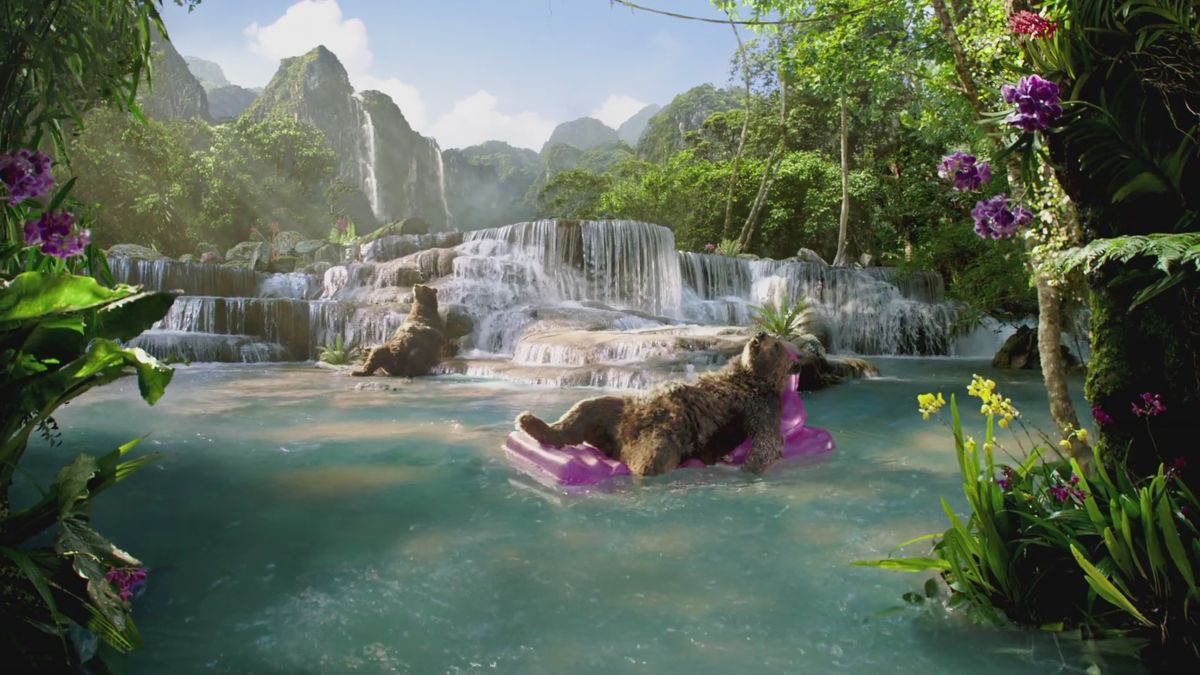