Cracking the comedy case with The Bobbsey Twins From Homicide

With a creative partnership background and a fine eye for visually impressive, side-splittingly funny gags, the 'Twins' body of work has seen them go epic with Sindy dolls, have some BCFing fun and recreate an iconic dance routine with muscled movers. We caught up with them to find out how to make laughs look good.

It's a truth much known but seldom acknowledged in the industry that most advertising is pretty invisible to the average consumer. However, in 2017, TV viewers couldn't help but have their attention drawn to a real-life rendition of 80s toon He-Man and his nemesis Skeletor engaging in a lovingly crafted homage to Dirty Dancing.

For the duo behind the ad, The Bobbsey Twins from Homicide, the spot merely marked a continuation of the journey from creative team to directing partnership that had been filled with visually 'epic' chuckles along the way.

Signed with Blink in the UK, Finch in Australia and Ruffian in the States, the Twins (real names Freddy Mandy and Tim McNaughton) have a mission to marry "American filmmaking polish with British comedy”.

We sat down for a chat about how their creative background fed into their filmmaking, what makes them laugh and how tempting the allure of a sweaty He Man suit was on the day. 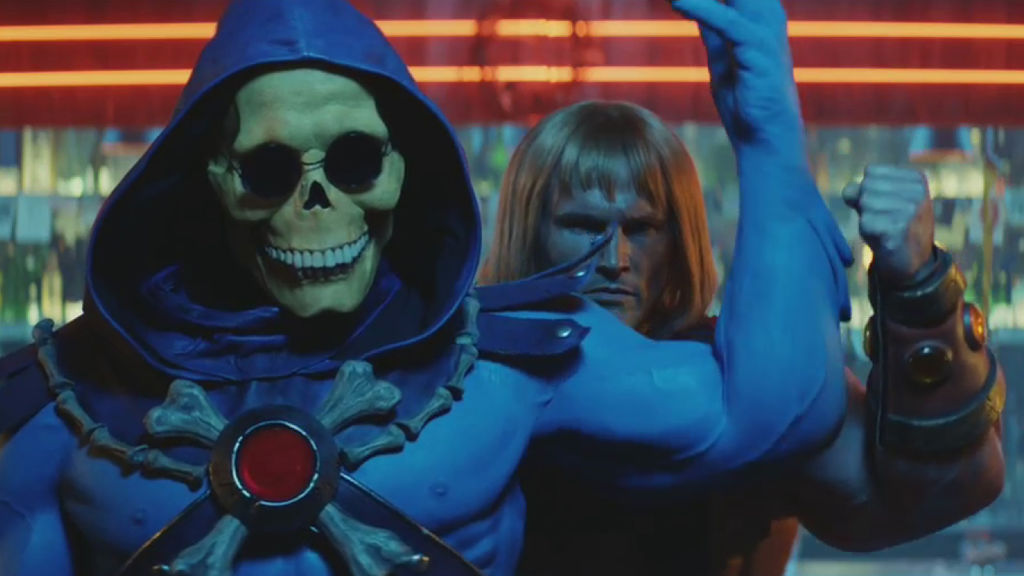 First things first, what's with the name? Are you guys more Nan and Bert or Flossie and Freddie?

Oh, this is awkward, but we don’t talk about that. We can assure you that it is a real literary reference, just not the one you are thinking of.

About one in every three shoots, someone will sidle up to us and let us know that they know.

We’d always been creatives who loved the craft of making TV.

What's your background? How did you get into advertising?

It’s the age-old story: you wind up in a refugee camp for Cuban dissidents and agree to whack someone for a shady government agency. Next thing you know, you’re collecting big cats and walking into the bank with duffel bags full of money.

Ours is exactly the same, just set in a rainy suburb of London without the sex, drugs or violence. 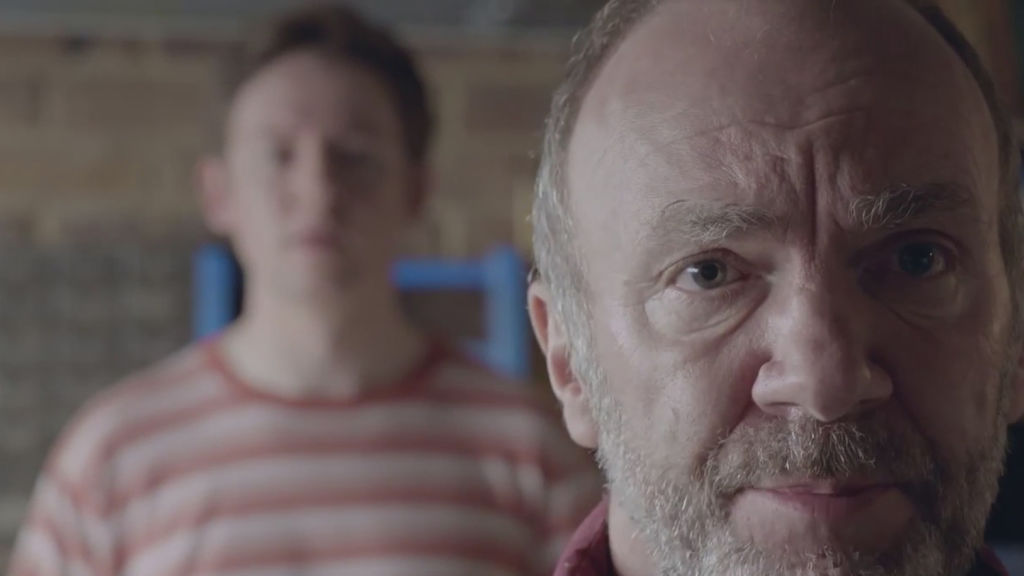 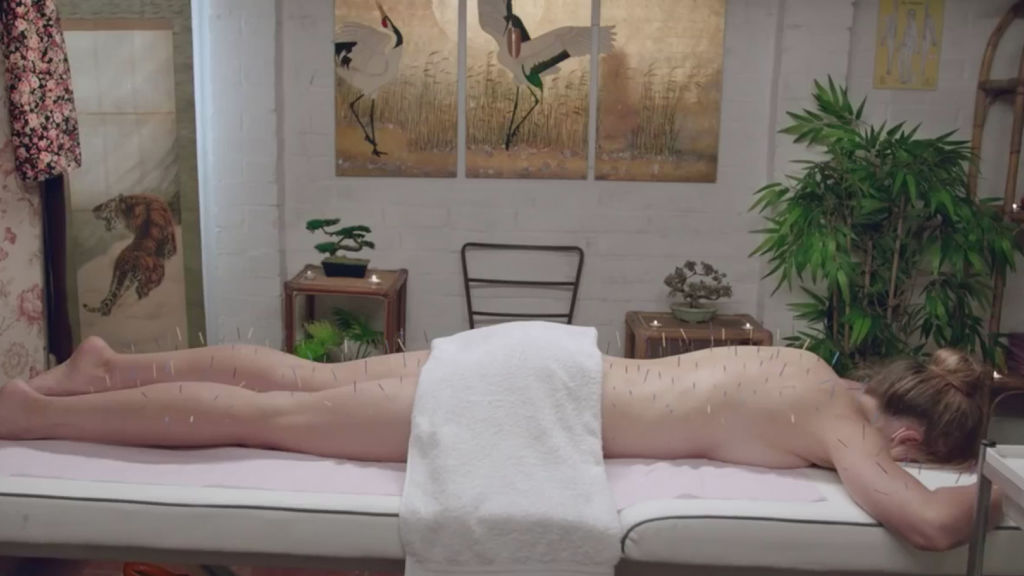 When did the transition from creatives to directors come about? Did it always seem like a natural move, to you?

We’d always been creatives who loved the craft of making TV. It didn’t matter if it was an animation like our BBC spot for the 2010 Winter Olympics, a documentary like our IKEA Cats ad, or something more cinematic like IKEA Beds. We were always those annoying guys who get as physically close to the director as is humanly possible. Every time they’d turn around, we’d be there, like a couple of creepy super-fans.

But as we got senior at Mother London, our job became more about managing clients and teams and less about crafting things. So directing was a way of getting back to the nuts and bolts of making stuff.

There are only two types of joke: funny ones and the others.

We took the plunge on some spots for Halfords, a nationwide car-parts retailer in the UK. We were CDs on the account and had put some scripts (written by James Ross-Edwards and Matt Swinburne) out to directors. All the treatments that came back had changed the core idea. We liked the idea as it was, so we wrote a treatment and awarded ourselves the job (Poor James and Matt!).

We loved the process and the spots won a couple of awards at Cannes, so we kept going with it.

You guys are known for your comedy work. How would you describe the type of comedy you shoot?

There are only two types of joke: funny ones and the others.

Some brands say they just want a smile. That’s bullshit. If you are going to tell a joke, tell a good one. Commit to what you are doing. Make people laugh. If you don’t want to make people laugh, why are you telling jokes? Go sit in your room watching reruns of Dawson’s Creek and getting in touch with your feelings like some kind of emo teen.

Our stuff runs from awkward dialogue stuff like H&R Block Ex-Wife to goofy, physical slapstick like BCF, to painstaking pastiche like recreating Thelma and Louise with Sindy Dolls, with a lot of stops in between.

The thing that unites it is the polished look and seriousness of the performances. 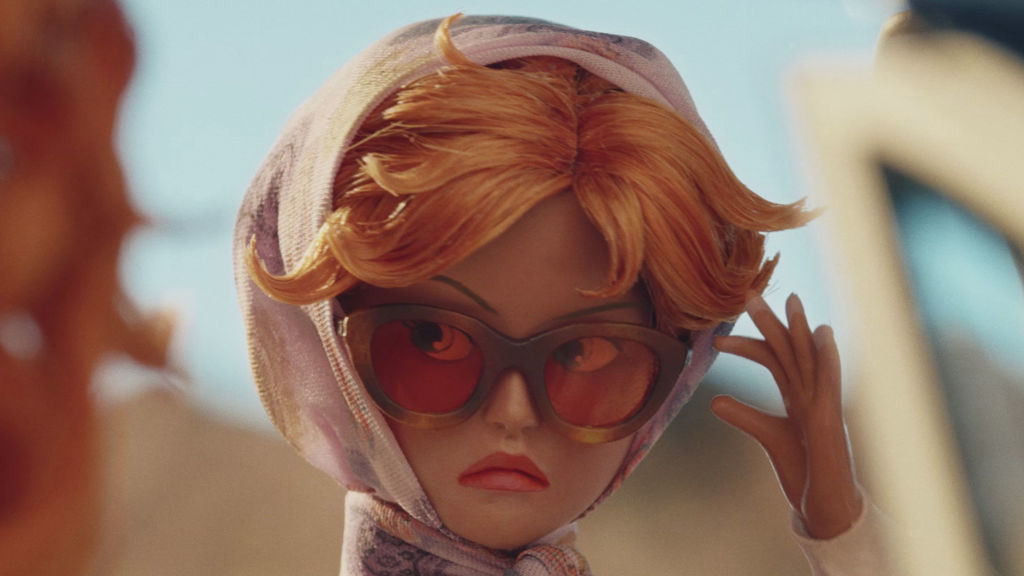 Who are your biggest comedic influences? Both in and outside of advertising.

Like most comedians, our greatest influences are probably Insecurity and Anxiety.

But, in the sense you mean, our influences started off being very British: Fawlty Towers, Black Adder, Red Dwarf, Brass Eye, Big Train, Peep Show, The Office, The Thick Of It. Vaguely clever British stuff.

But we always had an infatuation with American comedy, especially stuff like Police Squad and Airplane! that didn’t mind being dumb to get a laugh. These days we watch all comedy but the thing that keeps us coming back for more are videos of influencers accidentally hurting themselves.

For UK creatives, who were being forced to write sentimental manifesto spots, American comedy commercials took on a cultish allure.

In terms of advertising, there wasn’t a lot of comedy in the UK when we were writing. Robert and Mark at Mother London could always be relied on to do funny stuff but everyone else had become very sincere. So we always gravitated to work by Jerry Graff and the legion of guys who came up under him.

For UK creatives, who were being forced to write sentimental manifesto spots, American comedy commercials took on a cultish allure. We’d hunt down the latest ESBN, MTV, FedEx or Skittles spots and watch them over and over again. We can still quote whole campaigns. (And back-court crowd pleaser, The Sodomiser). It was a real status symbol to know about some esoteric American ad. This was before you could just look them all up on the internet. They’d be on those U-matics that reps would leave you.

You’d keep the reels you liked in your office and take them out when you needed a break from churning out another long copy manifesto consisting of sentences that all started with the same word (Think big. Think Small. Think, together) or was a brand-centric rehash of the poem If by Rudyard Kipling (If you can keep your head when all around you are losing theirs, then you’re using Sure deodorant). Above: Inflatable funnies from Airplane!, one of the Twins' comedic influences.

When filming, when do you feel that the comedy is coming through? Is there a 'eureka' moment or is it more gradual?

Laugh on set, cry in the edit is something we live by.

The jokes that have everyone laughing on the day usually come across as big and overdone when you get them back to the edit suite.  But we will mess with the crew and cast sometimes by feeding the actor a new line on the side. It’s nice watching people trying not to laugh until the AD finally yells cut.

Laugh on set, cry in the edit is something we live by.

In terms of knowing when we have it, we just keep going until someone tells us to stop two or three times then switches off our monitor. There is always another joke to try so why not keep going? The next one might be the one that makes the cut.

Personal question - when shooting the MoneySuperMarket spot, were you tempted to try on the muscle suit?

That thick, rubber suit was worn by a dancing bodybuilder for three straight days.

Half way through day one it was too stanky to even consider wearing, no matter how good the selfie would have been.

Why do you think comedy works so well in advertising?

Emotion plays a key role in memory. The stronger the emotion you feel about something, the deeper that thing imprints itself in your memory. That’s why you can’t remember what you had for lunch three days ago but you can remember the looks of cruel, adolescent, glee on your classmates’ faces when you wet yourself in PE thirty years ago. (OK, it was a CrossFit class last Tuesday but the point still stands).

Comedy is the fastest way to get to a big emotion, so it works great for advertising.

Comedy is the fastest way to get to a big emotion, so it works great for advertising. You can go from zero to laughter in the time it takes you to slam a character in the nuts with a baseball.

Do you ever work in comedy production outside of advertising? Do you have a sketch show / movie in you?

The production realities of a sketch show wouldn’t allow us the polish or production values that we love. But we are quietly developing a few ideas for movies and TV shows though. 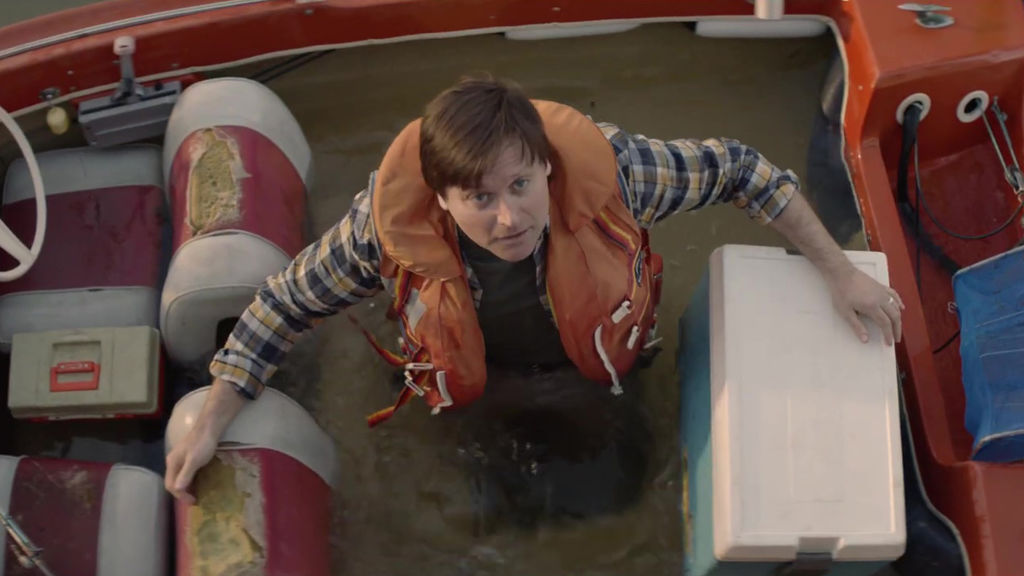 The world isn't particularly full of fun at the moment. Do you think there's ever a wrong time for comedy?

For British people, it is never too soon. Never. We joke about everything as a way of processing and dealing with it.

You can take someone’s power from them by making them a figure of fun.

But just because we joke about something, that doesn’t mean we don’t take it seriously. Often it’s a way of drawing attention to hypocrisy or unfairness, rather than distracting from it. Or making things/people/systems that scare us seem less scary and therefore less powerful.

You can take someone’s power from them by making them a figure of fun.

What is the funniest thing you've ever seen? 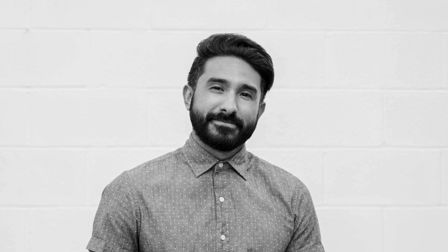 Studio Birthplace: Delivering us from a plastic planet

In the first of a new series of interviews Amy Kean celebrates the wonderful world of weird, talking to 'iconic oddballs' about their strange brains and why oddness should be elevated.

In the first of our monthly interviews with unsigned directing talent, we talk with Paul Wie about his short film Soundtrack to Greatness, translating for director Bong Joon-Ho and his love of football. 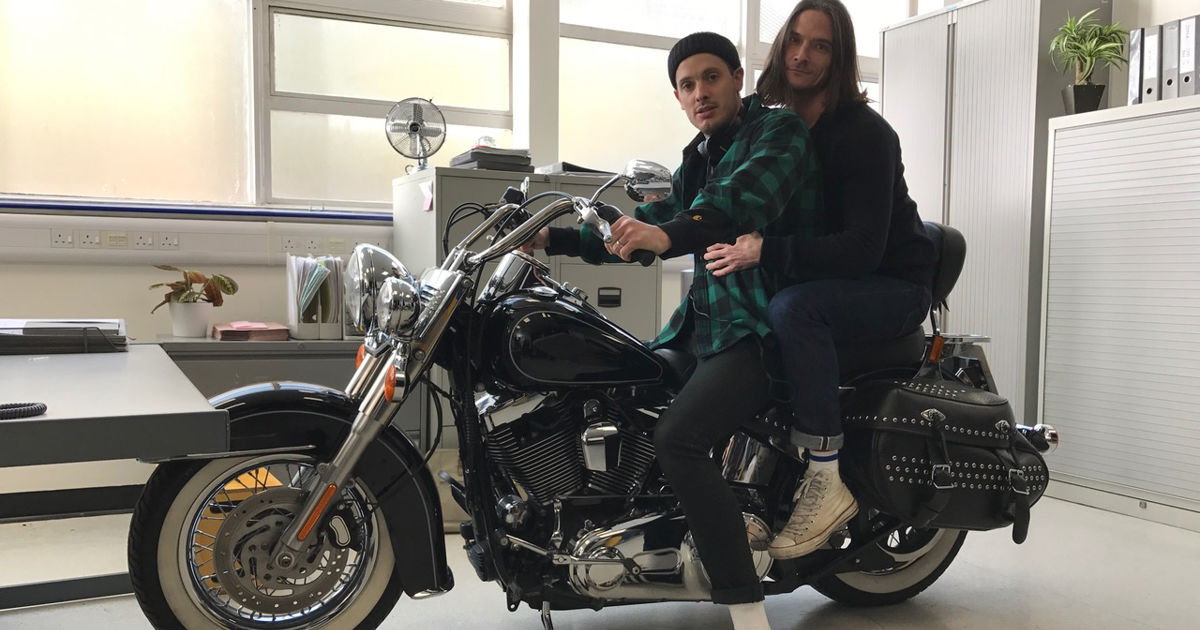 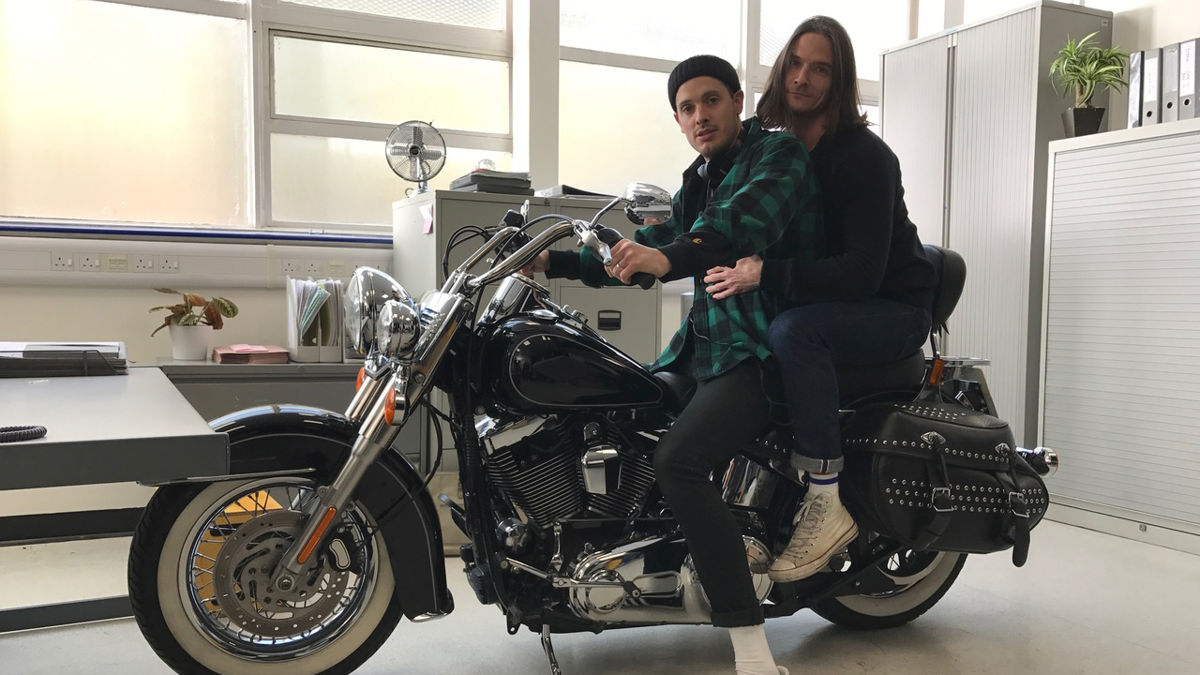