The self-dubbed 'gender avenger' reveals the women who have inspired her mission. 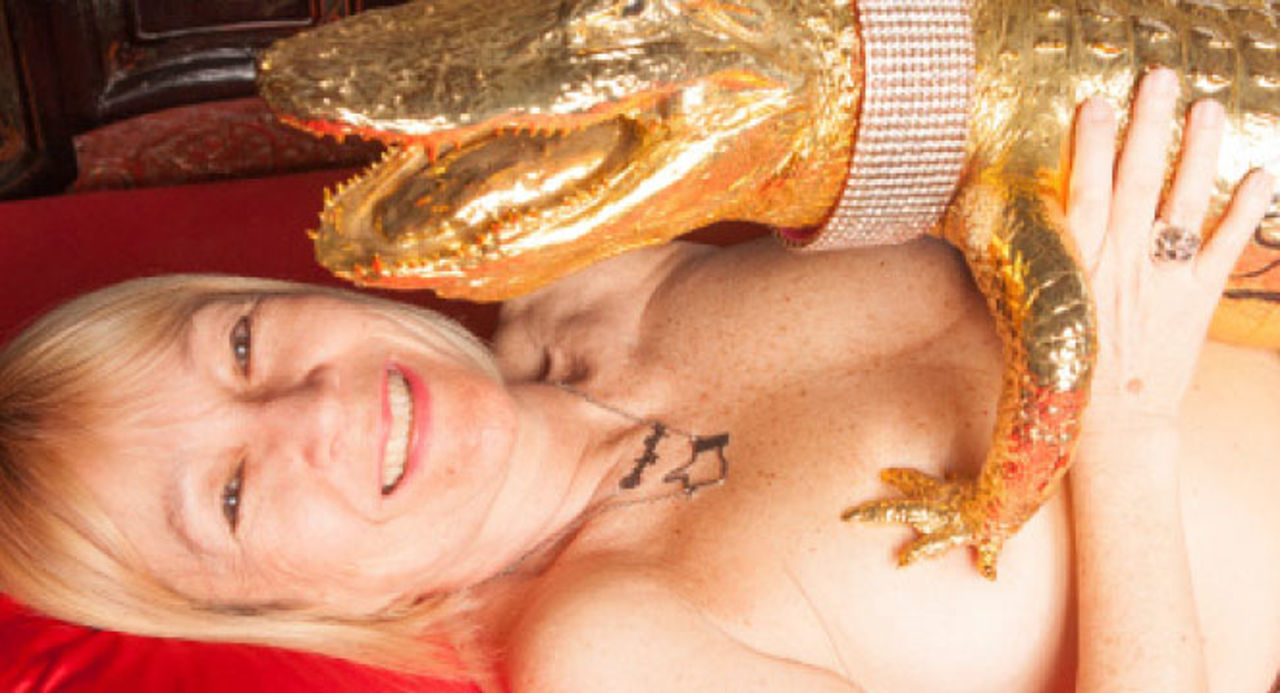 Consultant, former BBH chair and TED celebrity, Cindy Gallop has long been an advocate of gender equality in adland, but since launching her own #MeToo-inspired movement, she’s embarked on an even more vital crusade; to root out sexual harassment in our industry. Carol Cooper finds her championing the heroic women who’ve spoken up and learns the importance of being your own hero...

“I wish I could have you in my pocket, or on my phone, or have you sitting on my shoulder in the morning saying something inspirational to me before I go out and face the day.” This is Cindy Gallop giving the closing keynote speech at last November’s 3 Percent Conference in New York relating the gist of the many messages she gets from folk who’d like a bit of her chutzpah in the morning to set them up.

She then reveals how R/GA came up with the concept of a CindyBot, a Facebook chatbot launched last year on Equal Pay Day to help women ask for a raise. (Find the bot by searching @AskCindyGallop on Facebook Messenger). “I’d been thinking for years: how can I scale me?”, she continues, returning to her theme that adland should use more ‘blue-sky thinking’ to harness new tech creatively; stating that it was chatbot AI that had answered her question. 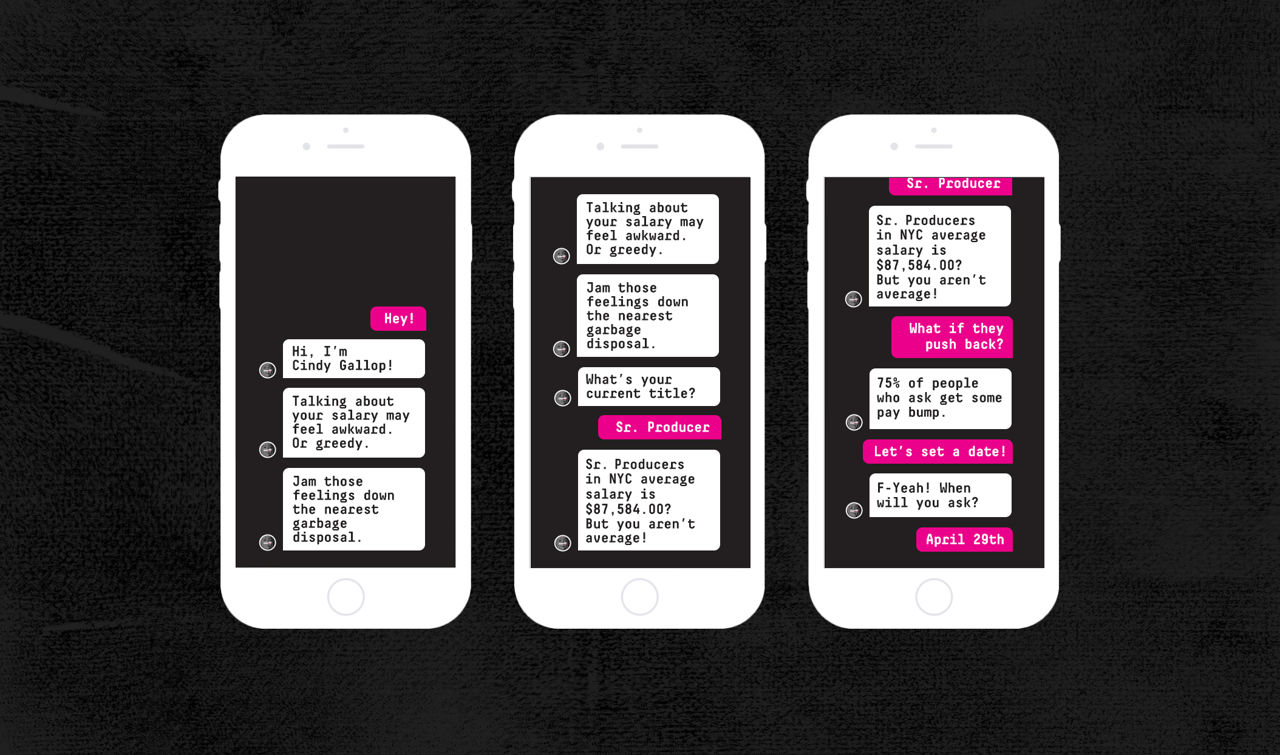 But it’s the fact that she asked the question in the first place that’s of interest. A desire to ‘scale’ oneself betokens a formidable self-belief – it’s a belief well founded; she’s an impressive person – but it also reveals she is comfortable being her own hero, she has unassailable conviction in herself and her beliefs; something that makes her not only a dazzling speaker, but somebody that women suffering self-esteem issues can look up to.

Given this, it’s ironic that she dislikes the concept of mentor. “I want you to dump the word ‘mentor’ from your vocabulary and replace it with the word ‘champion’,” she says. “’Mentor’ is a touchy-feely, chat, chat, talk it all out, make-you-feel-better word. Women don’t need mentors, we need champions. We need what men have always had, which is someone who is prepared to go out on a limb for us. A champion is a person who, behind closed boardroom doors, slams their fist on the table and says ‘If there’s room for only one pay rise in my departmental budget then Jane is getting it and not John.’ That’s a champion.”

Women don’t need mentors, we need champions… A champion is somebody who makes shit happen for you.

She’s as articulate face-to-face as she is on the podium. We’ve got our transatlantic timings in a tangle and I’ve Skyped her an hour earlier than she’d expected. She’s not ready but takes the call anyway; builders are renovating her new apartment, chaos reigns around her as she perches on a stairwell and continues her thesis on linguistic niceties. “Language matters. A quick way to make people think differently about something is to change the language around it. So when you say ‘I want to find a champion’ there’s a sense of proactivity and energy, versus ‘I want to find a mentor’, which is static and quiet. A champion is somebody who makes shit happen for you.” So who are the people who made shit happen for her?

“I’ve been enormously lucky in my career,” she says modestly. “I’ve been lucky that I have never encountered sexual harassment on the appalling level that so many women have. And I’ve been lucky because I have had the privilege of working for men who championed me.” She says Dave Trott, Nigel Bogle, John Bartle and John Hegarty were all supportive of her: “They saw what I was capable of and wanted me to achieve that.” Sadly though, of late Gallop has been taken up with cases of women being victimised not championed. In the wake of the Weinstein scandal, in October last year, she reached out on social media for people to come forward with stories of sexual misconduct in adland and received a deluge of replies. “I’ve been extremely depressed at what’s in my inbox and what keeps turning up in my inbox every day,” she says. “I now have a very clear view of our industry given the appalling things that women have shared with me. It’s depressing, too, that the sheer level of fear means that virtually nobody wants to speak on record.” She says the fear of naming names is due to a power imbalance. “The men in our industry who are doing the harassing are the gatekeepers of everything. They are the gatekeepers to jobs, pay rises, awards and career opportunities, so people are too terrified to speak.”

It’s no surprise then that she is ready with an answer about who advertising’s anti-heroes are: “Every goddam fucking sexual harasser in our industry. They are the anti-heroes because they are the men who are killing creativity by forcing women out of the industry.”

Gallop is impassioned in damning advertising’s shameful gender politics: “The single biggest business issue facing our industry is not diversity, it’s sexual harassment, which prevents gender equality, diversity and inclusion from happening, by excluding the leaders who would make equality, diversity and inclusion happen. Sexual harassment destroys women’s dreams and derails their careers.”

Gallop respects the heroism of women who have spoken out publicly about harassment, such as Zelda Perkins, who broke an NDA regarding an alleged assault by Weinstein. I ask her what is the most heroic thing she has done in her career and she says it was starting her own business. She launched MakeLoveNotPorn.tv nine years ago as “a tiny, clunky porn world vs real world website,” and has been trying to attract serious investment ever since. She was pleased to announce in January that she’s secured US$2m from a secret benefactor, and is now expanding the business. It’s been a long haul but her zeal remains undimmed and her mission statement still boldly includes bringing about world peace.

I ask people: ‘what are your sexual values?’ And nobody can answer me because we’re not taught to think that way.

“MLNP’s mission is to help make it easier for people to talk about sex because people don’t understand how deeply beneficial that would be. I ask people: ‘what are your sexual values?’ And nobody can answer me because we’re not taught to think that way. Our parents bring us up to have good manners, a work ethic, a sense of responsibility, but nobody ever brings us up to behave well in bed. But they should because there, empathy, kindness and honesty are as important as they are in every other area of our lives. When MLNP achieves its mission, parents will cease to bring up rapists because the only way you end rape culture is by inculcating in society a universally, openly-discussed and promoted gold standard of what constitutes good sexual values and behaviour. When you do that you end #MeToo and sexual harassment – all areas where the perpetrators rely on the fact that we do not talk about sex; that victims will never speak up. When we do that we’ll hugely empower women and girls. When we do that we’ll create a far happier world for everybody, including men and we’ll be one step closer to world peace.”

She says all this without pausing for breath, dropping a consonant, stammering or faltering, while perching on a stair, laptop a-wobble on her knees, and builders hammering around her. It’s an awesome oration. Whether one believes she’s got world peace nailed or not, she’s convincing nonetheless. We wrap up by talking about our ages: me moaning, her celebrating. She advises me on how to be an “uninvisible” middle-aged woman. I realise I wouldn’t mind a little Cindy on my shoulder in the morning. 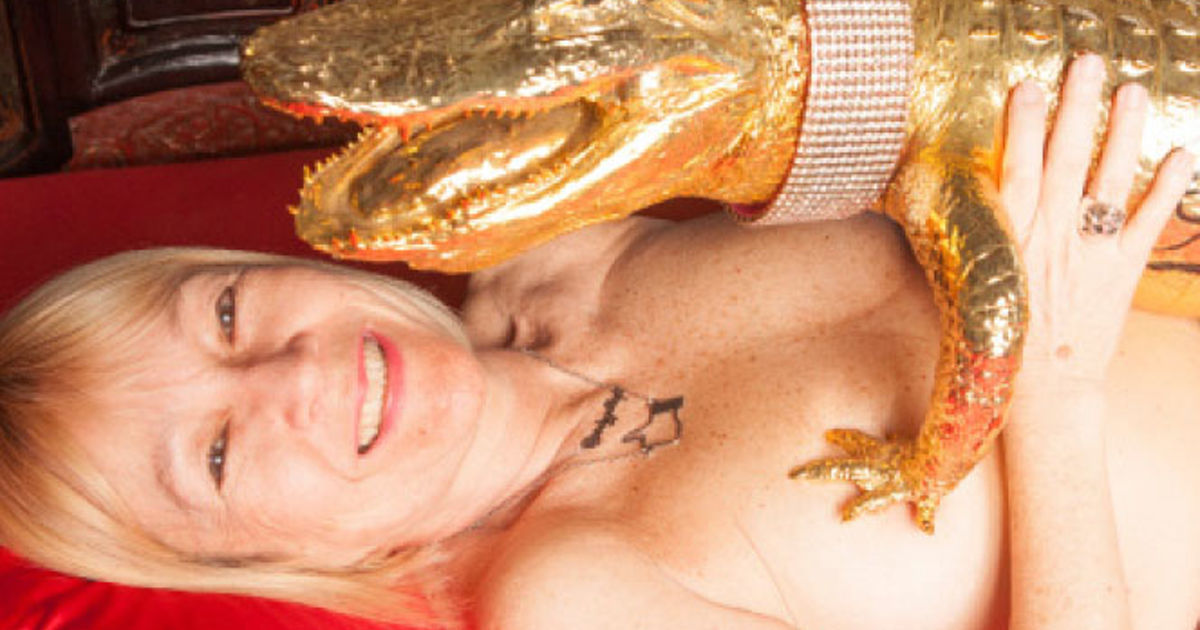 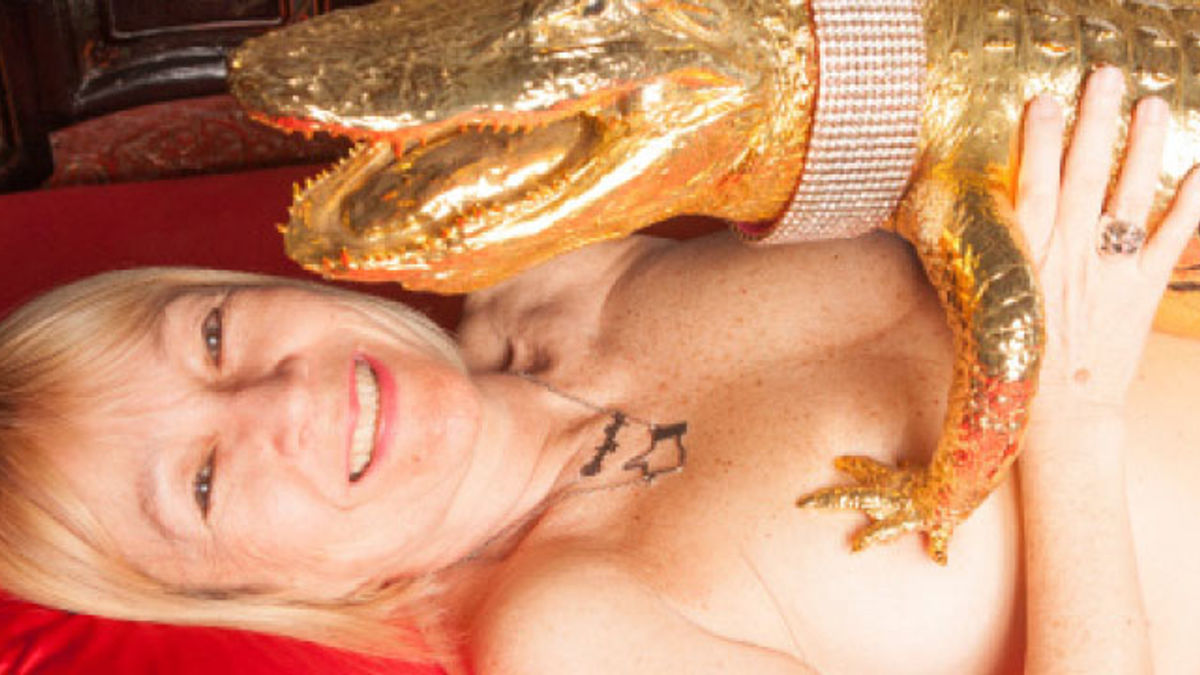