Covid lockdown is seeing celebrities from around the globe sharing their skills with us via webcam - be it exercise, recipes or just a good ol' singalong.

However, one man out there is uniquely placed to offer up some real insight into what it takes to isolate, given that he has spent most of his life in a self-imposed isolation with only his madcap Grandma and leftfield brother for company. That man is Kip Dynamite.

One of the many highlights of 2004's cult smash Napoleon Dynamite, Kip, played by Aaron Ruell, is a delightful oddity, carrying his own sweet love-story in the movie's main narrative.

Ruell, now an established commercial director at Sanctuary Content, saw that with the current situation there an excellent chance to don the specs and tidy moustache of the haplass character once more, so released a series of Kip's Tips films for an unsuspecting fanbase.

We loved the accuracy and charm of the revisit, so caught up with Ruell to see how it all came about. 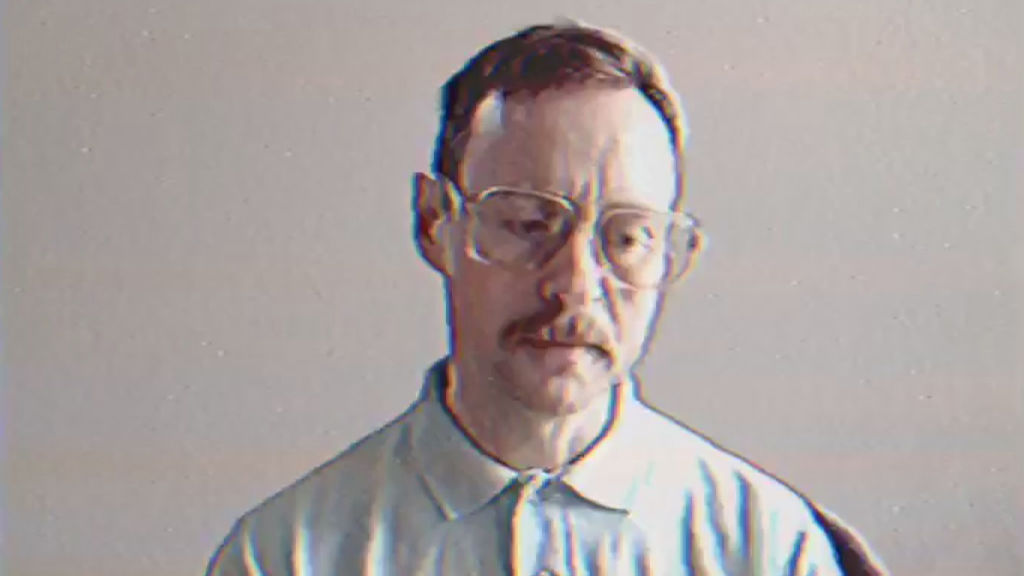 What inspired you to bring back Kip?

I read a headline that went something like, “Who can we turn to as our social isolation expert?” And Kip immediately came to mind.

Kip is a guy who has lived his entire life in social isolation. And the idea of Kip giving advice to anyone is laughable.

He’s in no position to do so.

Important question: were you wearing the moustache anyway or did it have to be grown back for the role?

Thank you for asking. No, I did not have a moustache in real life. I’ve had a beard most of my adult life so it was a quick transition to cut the rest off but leave the stache.

The idea of Kip giving advice to anyone is laughable.

The problem is that I have four young children who have never seen me without a beard and apparently it’s a fairly traumatic experience to have your father shave if you’ve never seen his bare face skin underneath.

So yeah, there were tears. Plenty of tears.

A price to be paid for every choice, I suppose. 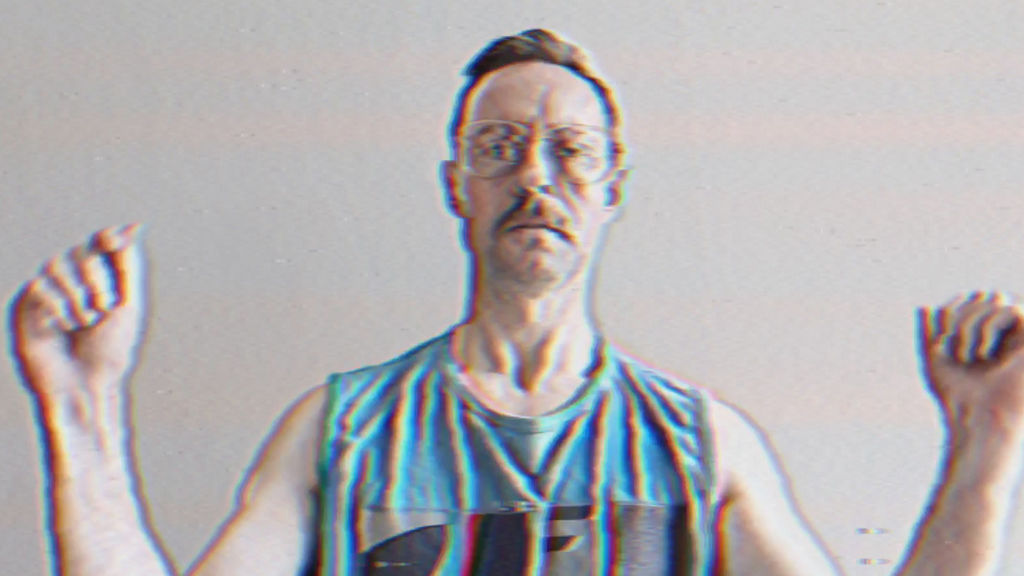 What was the writing process for the clips? Did you speak to any of the team involved in the original film about it?

I hit up Jared Hess (the director of Napoleon Dynamite) and told him that I was thinking about bringing Kip back in this Kip’s Tips format and he said, “Do it.”

Originally I didn’t have that filter over the footage, and while it worked, it didn’t line up with the dated technology that Kip would likely be using at Grandma’s house.

So we talked about some ideas and he sent me Kip’s original glasses and shirts to film in.

It's tough to get such an accurate lo-fi aesthetic right. How did you achieve it?

Hess made that happen.

Originally I didn’t have that filter over the footage, and while it worked, it didn’t line up with the dated technology that Kip would likely be using at Grandma’s house.

So Hess knew of an app that you could run the footage through to give it a VHS aesthetic and that helped a ton. 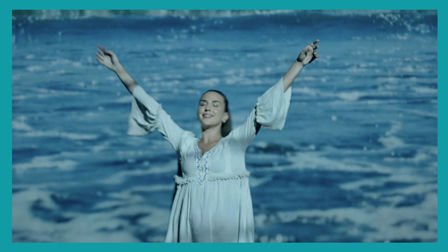 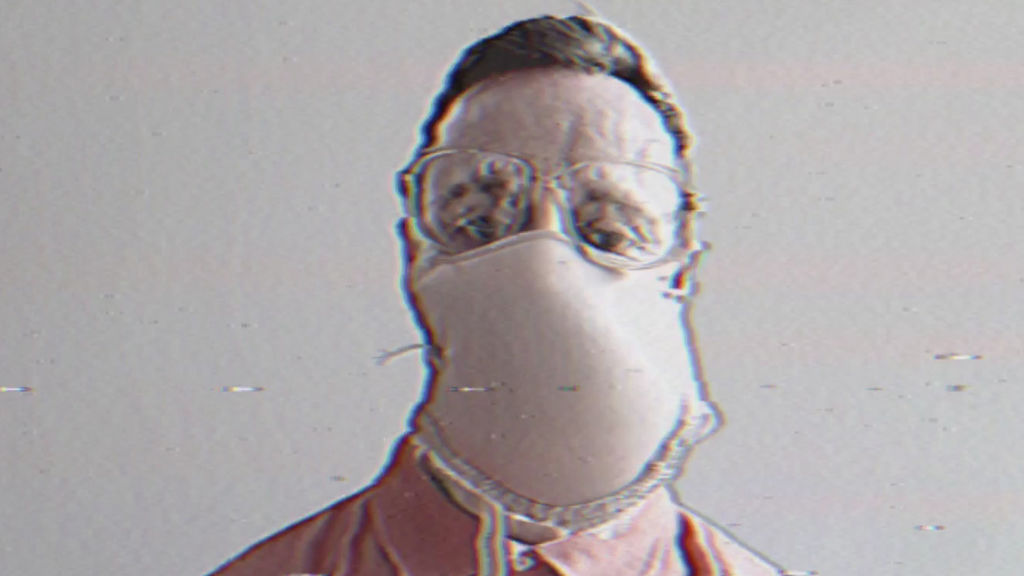 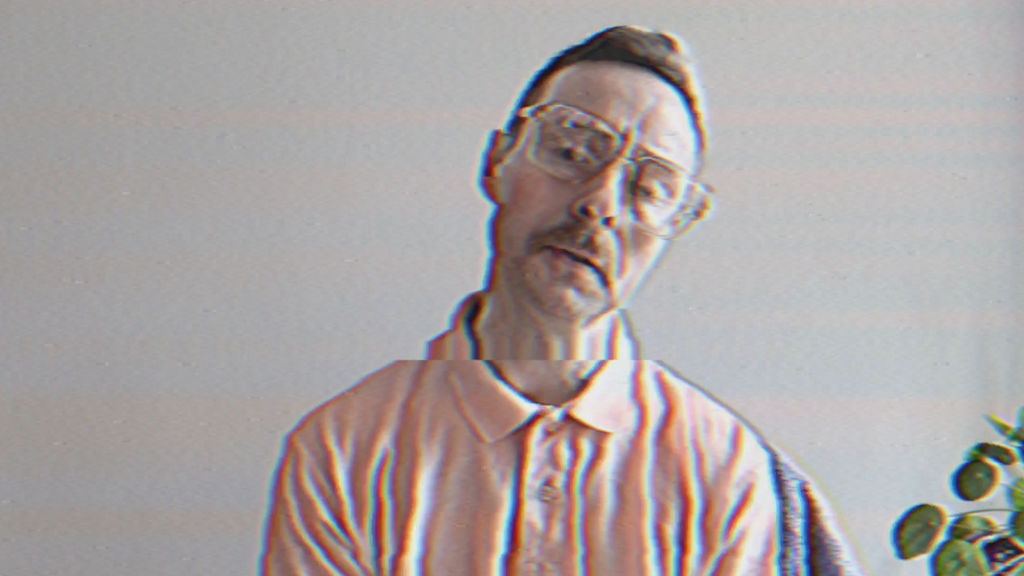 While all of my friends know that I was Kip in Napoleon Dynamite, I rarely bring it up and even more rare will I go into the Kip character. So I thought it might be amusing for them after all these years to see the Aaron they know revert back to the Kip they are also familiar with. And IG seemed to be the right place for that.

Travis Bickle in Taxi Driver was a pretty isolated guy and he might have some interesting advice.

But, I also look at Kip as his own guy, and once he had his IG account going, I deleted the Kip clips from my personal account.

If you could get a classic character from a much-loved film to impart isolation advice to you, who would it be?

Travis Bickle in Taxi Driver was a pretty isolated guy and he might have some interesting advice, but I’d need to temper it with Tom Hanks’ character from Cast Away.

So FaceTiming with the two of them could be useful. 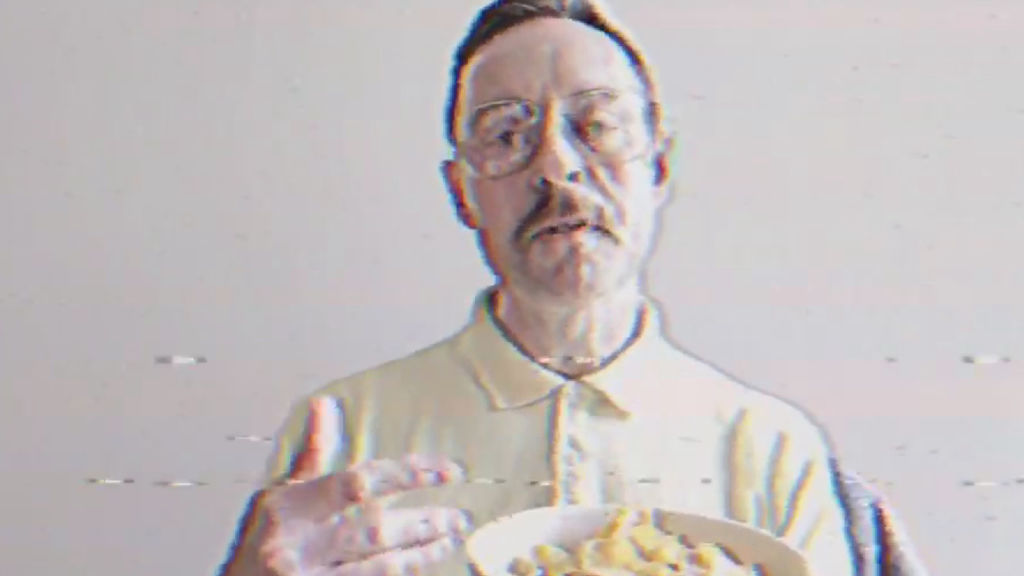 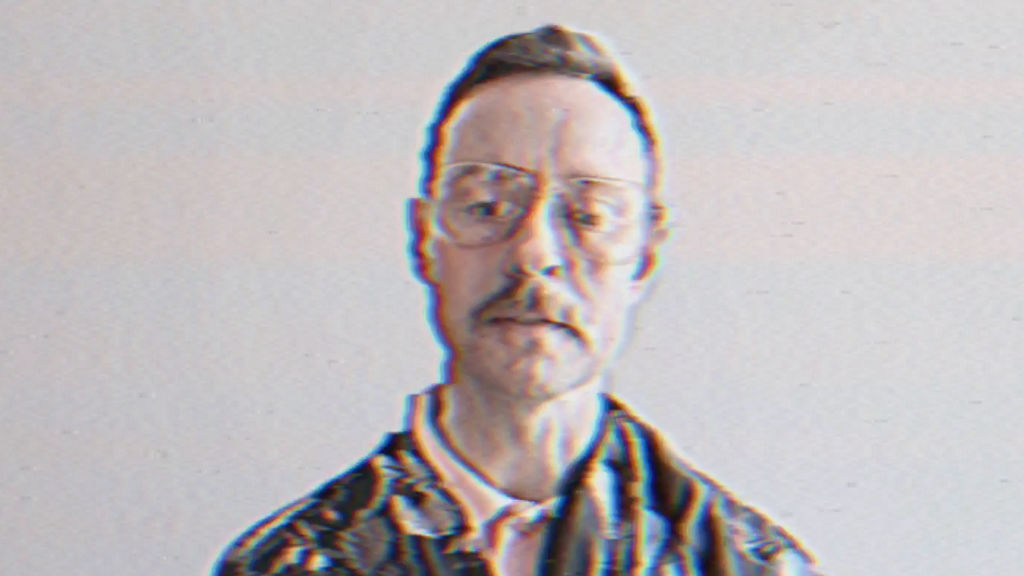 Seeing as you're back in the saddle; any plans to abandon the directing gigs for more acting?

My kids demand me to act on a daily basis.

I have to transform into everything from a Pro Wrestler to a Troll.

That’s enough for me.

Sam Brown and Micky Tudor explain what went on behind the scenes of their stylish and colourful new campaign for LG Electronics.

The future of film is just a click away

How Pantera faced up to a new challenge

Directing trio Pantera take us behind the scenes of their new campaign for UNHCR, an emotionally charged film about fleeing a war-torn country before becoming an Olympic athlete, shot without ever seeing anyone's face.

In this new campaign from Marshall, rock legend and 'Godfather of Punk' Iggy Pop asks us to tune out the boring and find our own noise, and we speak to its creators to find out how they managed to achieve doing exactly that. 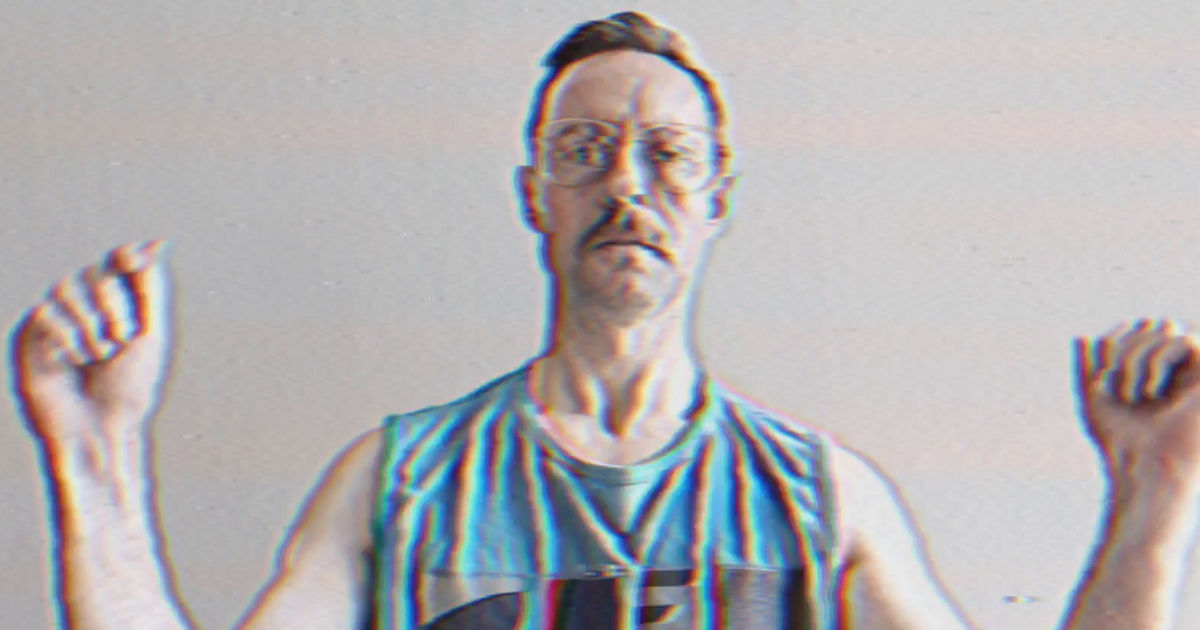 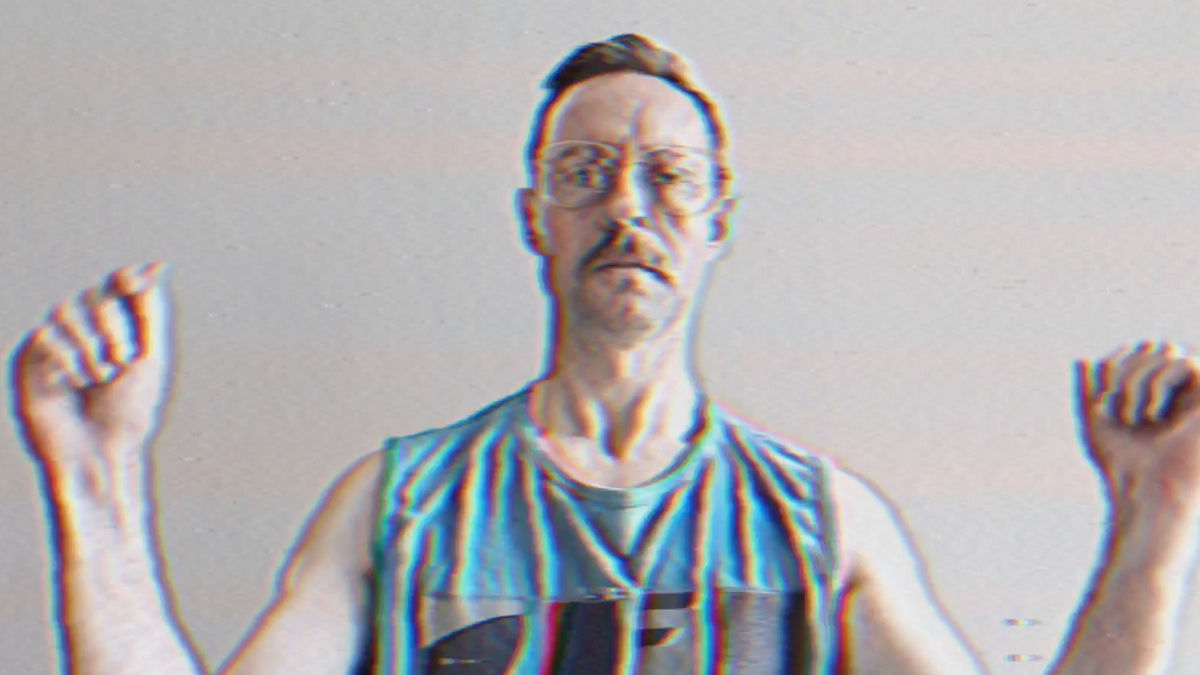