The programme, called Corrie by its legions of fans, is the longest running TV soap opera, first broadcast in 1960, and Koppang O'Leary's 60-second spot is a tribute to the show's creator, Tony Warren. It was 1959 when the young writer from Salford was on the late King’s Cross to Manchester train with BBC Producer, Olive Shapley, when he woke her in the early hours to announce he had a great idea for a show about “ordinary people on an ordinary street”.

The spot, which was shot during Covid restrictions, in a specially created train carriage at Dukes Island Studios, captures an era now long gone, a time where it was unheard of to have working class people featured on television, and when Warren's Herculean task to get the bosses at TV studio Granada to listen to him was about to begin.

Below, Koppang O'Leary talks to shots about the spot, her work directing period drama The Crown, the serendipity of who plays Warren in the film, and how she was a real-life resident of Coronation Street.

ITV – The Little Back Street In Salford 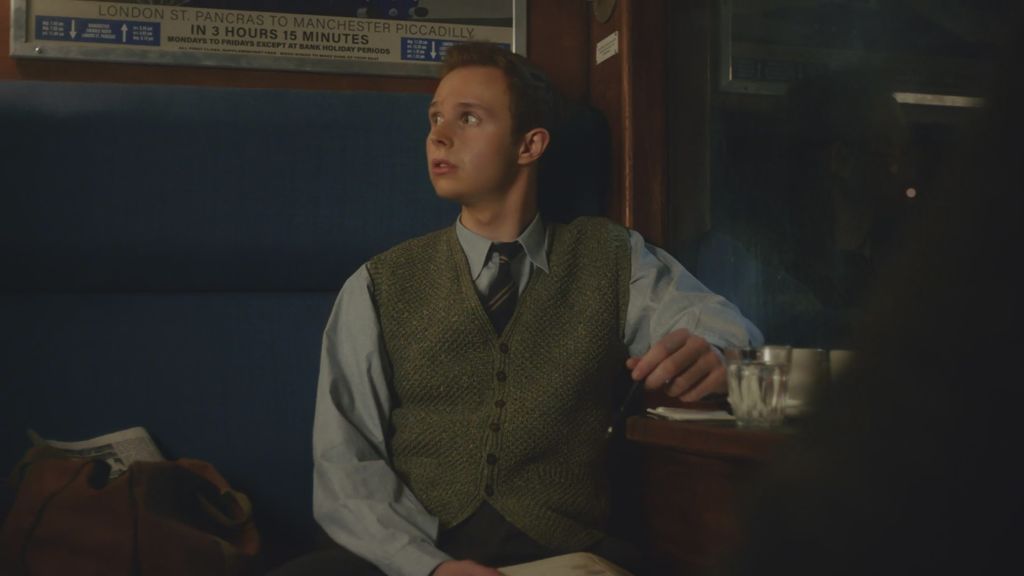 Above: The new spot, called The Little Back Street in Salford.

When you saw the script from ITV, did you immediately know how you wanted to approach this?

Definitely! It was such a strong concept from the beginning [developed by ITV creative Heidi Martin]. I instantly knew how I wanted this to look and feel. It was a wonderfully collaborative experience and we all very much had the same vision from the get go.

You've worked on a number of period projects already; did that help with this?

Having spent the last few years filming period dramas [The Crown and, more recently, upcoming Netflix series Bridgerton] this helped for sure. I'd filmed some vintage train sequences before and was keen to capture that lovely nostalgic feeling of train travel in the late 50s.

This was Harry's first time on camera (and set!) and he did such an amazing job. A total joy to work with.

The performance in this is key, and the actor in the film is this year's recipient of the Tony Warren Bursary at LAMDA; can you explain how that came about (is it pure coincidence)?

When I came on board ITV had actually already picked Harry Chalmers Morris to play Tony [Warren, the creator of Coronation Street]. He had reminded them so much of Tony when he'd won the bursary and he really was the perfect fit for this. It felt like a lovely piece of serendipity. Tony's legacy was now giving a much needed chance to an up and coming actor from Stockport, and it felt totally perfect for him to play Tony. This was Harry's first time on camera (and set!) and he did such an amazing job. A total joy to work with. How did you decide which flashback segments to use in the film, or was that pre-decided by ITV?

ITV and Coronation Street were very much involved in this section. They wanted to hit the balance between old and new, and dramatic and tender moments, reflecting the last 60 years of Coronation Street, which can be very hard to fit into 60-, 30- and 20-second spots!

In another twist of fate, you lived on a real-life Coronation Street in Salford; when was that and how do you think it informed your approach to this project?

I did my degree at Salford University in the late 90s, and spent four years living in Salford and Manchester. For two of those years I lived on the original Coronation Street! Also, incidentally, the same road where the album cover for The Smiths' Salford Lads Club was shot. For me, it was incredibly important that we made this feel as authentic as possible. We're on the last train from London to Manchester Piccadilly in 1959. Twenty-three-year-old Tony Warren was from Salford and decided to write about what he knew. So he needed to be inspired by people who were genuinely from Salford and the Manchester area.

As soon as I knew I would be shooting this period piece I wanted to pull in as many people as possible who I'd worked with on The Crown.

You worked on this with a lot of the crew you use on The Crown; how important is it to have people around you that you've worked with and whom you trust?

As soon as I knew I would be shooting this period piece I wanted to pull in as many people as possible who I'd worked with on The Crown. We managed to secure the whole camera, lighting and sound team. DP Iain Struthers and I have worked together on Seasons 2, 3 and 4, so this was a perfect fit. It's vital to have people you know and trust around you, especially when you only have one day to shoot. We also managed to get superstar costume designer Julian Day [Rebecca, Rocket Man, Bohemian Rhapsody] to come onboard too. 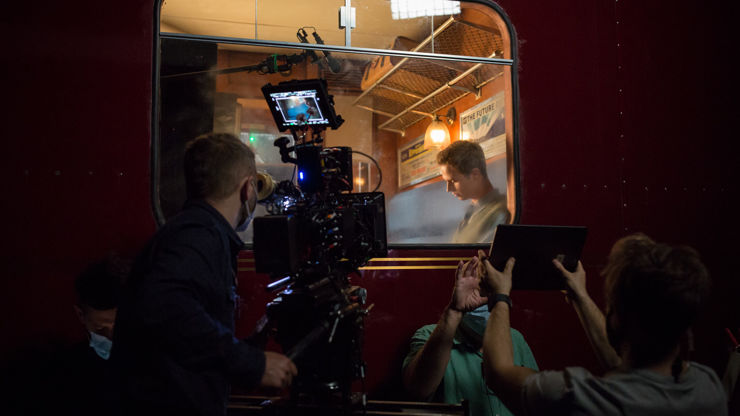 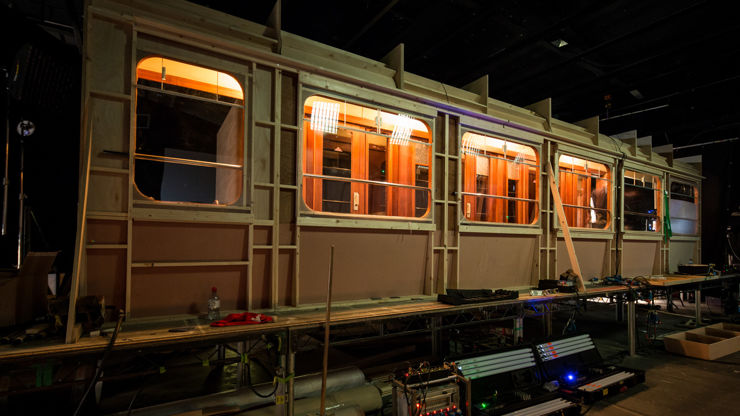 Above: Behind the scenes images on the Coronation Street shoot, with Harry Chalmers Morris, this year's recipient of the Tony Warren Bursary at LAMDA, in the role of Tony Warren.

What was the most challenging part of this project?

Because of Covid, obviously there are lots more restrictions in place. At first we wanted to shoot on an actual period train but, due to location/travel restrictions, it made much more sense to do a set build in a more controlled environment. Hannah Cooper [Producer] did an excellent job of handing this, and introduced me to [Production Designer] Mikey Hollywood (genuinely his real name!) who did an incredible job building the train carriage, both the cabin and corridor, in a very short space of time. Also, it's actually quite challenging directing whilst wearing a mask as people can't see your face!

I have a couple of projects in development at the moment, and am directing another drama series next year. And, of course, hoping to create some more commericals with Dark Energy before then!

Are you a Corrie viewer and, if so, who's your favourite character?

I used to watch a lot of Coronation Street, but don't have as much time now, sadly. But my favourites from back in the day were Hayley and Roy [below]. I'm also friends with the lovely Antony Cotton [Sean Tully in the show], so I should probably say him! 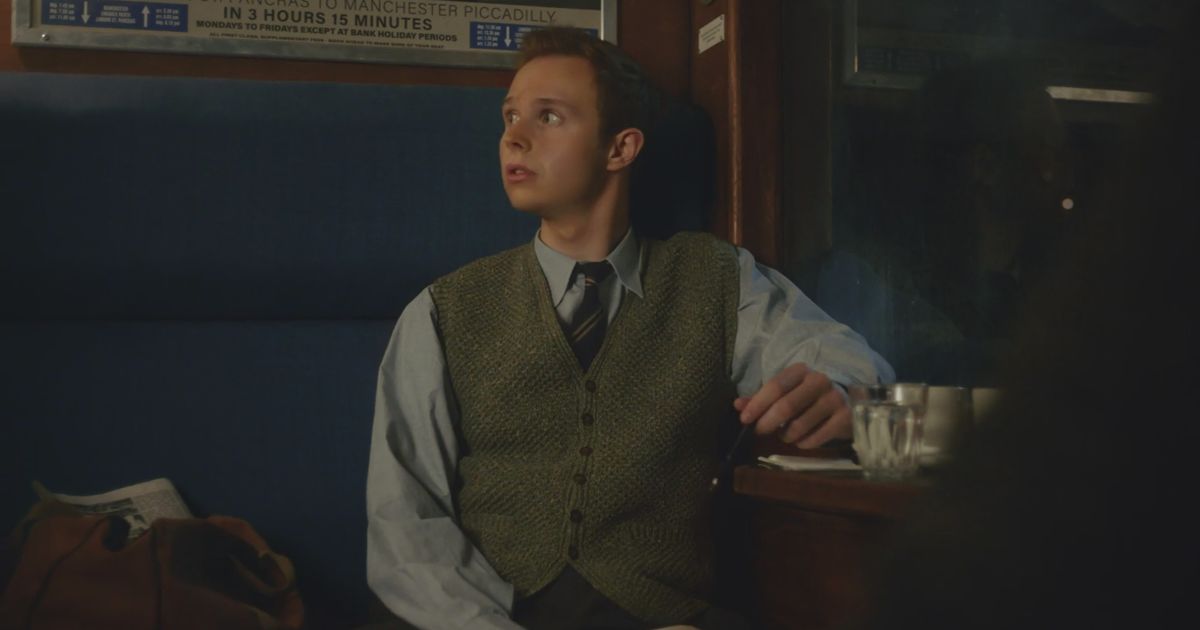 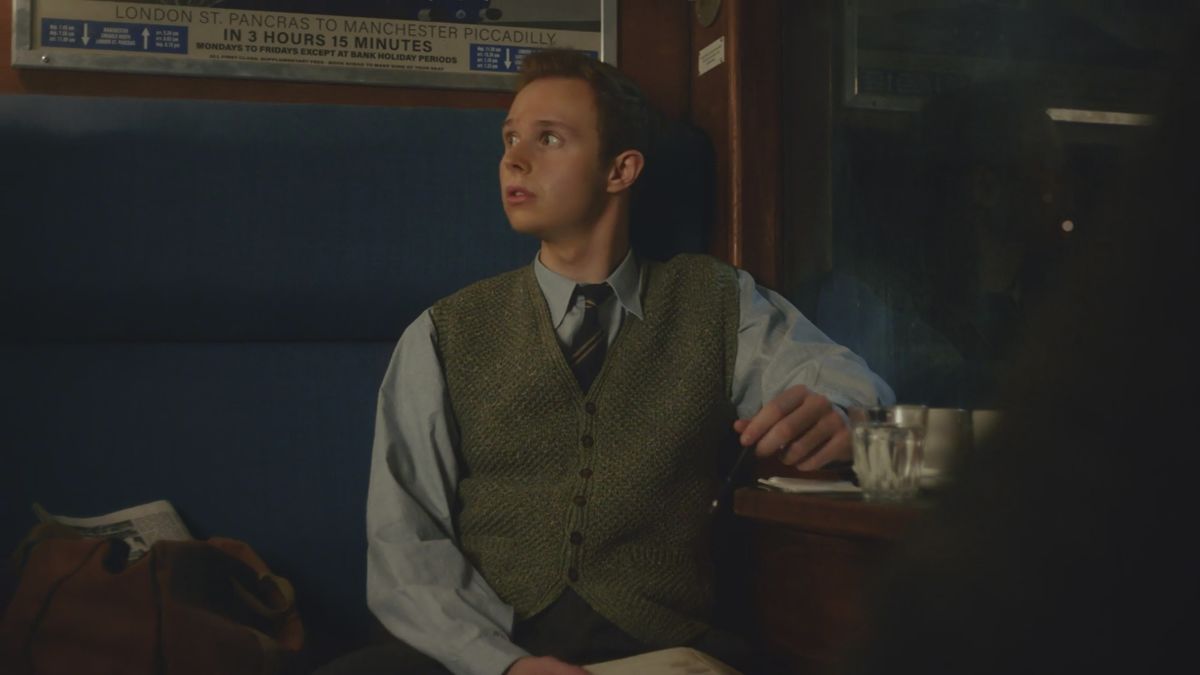