Jovan Todorovic on Hate Couture & Feeding the Trolls for Diesel

The Stink director shares his creative inspirations behind the comments-turned-couture campaign.

by Carol Cooper on 25th September 2018
This article was created before we re-designed shots – it may look a little strange or not have the same features as new articles. If you see something particularly wacky, please let us know on shots@extremereach.com
Share

Last week saw the launch of Publicis Italy's latest campaign for fashion enfant terrible Diesel, which certainly lived up to the label's pedigree of provocative advertising.

Hate Couture takes aim at the culture of online trolling which has become endemic in the age of social media, by literally turning hateful comments into couture. In the campaign film, shot by Stink's Jovan Todorovic, influencers such as Nicki Minaj are seen proudly modelling garments emblazoned with samples of the insults they've received online.

Below, we chatted to Todorovic about his creative inspirations - from the paintings of Edward Hopper to YouTube clips of 'dancing like no-one's watching' - and why all the world's a stage. Can you talk us through the creative process behind the creation of the film?

The creative process was fun yet very structured for me. I was heavily involved in building the idea with the agency creatives from the beginning of the project, which was really rewarding personally. The agency presented the concept of ‘Hate Couture’ with no restrictions around how we could tell that story.

There were certain aspects of the concept to carefully weave together, such as the set-up of the online world as a stage, the hate coming before the hating, to show the lack of care as a joyous thing, and finally to create an awareness that each of us watching has some part to take in the online realm of voyeurism, hate, etc.

The agency, client and I really felt it was essential to address how audiences are using their mobile phones more and more to watch content online.  We wanted to use a combination of vertical and horizontal compositions, which shaped a considerable part of the filming, going in and out of the phone and playing with these rotations was a way for us to get the film to feel as though it's really happening inside of your phone.

Can you tell us about the locations used in the film?

Location was a really vital part of the process here. I was looking for spaces that felt staged. I was initially inspired by the art and photography of Gregory Crewdson and Edward Hopper. Both have this feeling of an arranged and set-up scene, there is a strong theatrical sense as if they are purposely set-up scenes for a movie. The audiences in these images are somewhat intruders, voyeurs and observers of these scenes - this is especially true for many of Edward Hopper's paintings.

I wanted to find and (sometimes create) these locations that have reference to a frame of life, one that presumes an observer and performer or viewed and observed subject, be it a stage, aquarium, cage or shop window. All the spaces are exhibiting and presenting things to an audience: Nicki Minaj in a museum on a pedestal, Gucci Mane on a theatrical stage and Bella Thorne in a shop window. But in some scenes, we even created this feeling of a stage in a non-traditional manner such as using a long shared table in a diner as a catwalk for Barbie Nox. They all relate to people and situations in which others may see, judge and observe us.

This element of contextually showing a ‘stage’ became very important to bring the idea together. We then built upon this for the final scene, taking a typical downtown New York street and consciously stripping back any additional props or extras to keep the feeling of an apocalyptic and unreal stage that represented online life. A particular stage and aspect of reality where we continue to interact and share culture from our real life.

Was the selection of settings in the film – for example Bella Thorne being depicted in a hooker’s window wearing her ‘slut’ label – already in the script?

No, not really - there were a few references in the original concept which triggered the idea behind creating each scene as a stage. I think there was a clear link between talking about online life and these celebrities being observed continuously. Fashion also played an influence in these settings such as bringing a catwalk element to an unlikely location like a diner. In essence, they were not written in there - the initial idea was more around the broader campaign concept and emotion behind what they wanted the ad to be, as well as the attitude and fine-tuning the lack of caring, cause and effect relationship between hate and not caring, and so on. But this stripped-down brief allowed me to be more creative when dreaming up these situations and settings, and I'm thankful for that.

The film has a lovely, joyous, playful tone that contrasts with the hate in the messages, was that also in the script?

Yes, the lovely joyous vibe of the ad was in there as we wanted everything to feel like a celebration! We spent some time talking about the semantics of when and how do we establish the hate and the not caring. I was inspired by those YouTube clips ‘dance like nobody’s watching’ - a level of not caring and dancing in front of people - some not even listening to music - so completely just dancing for yourself. We needed to establish the hate in each scene before the reaction of not caring - for example when we see Bella Thorne and the flashing of paparazzi, we immediately see ‘Slut,’ but only after that does she go into the window which transforms into a red light district window, and she begins dancing.

Tell us about the choice of music in the film...

It took us a while to choose! When I’m writing a treatment, I usually make playlists that I feel fit the emotional tone of what I’m doing. At first, it may seem like a random collection of music but as I continue to craft the list of tracks gets refined and eventually I come up with a shortlist. I then keep playing these on repeat, and they inspire me to write further scenes. Naturally, they become a part of the concept. On that playlist I had tracks like Jump In The Line by Harry Belafonte, I'm So Pretty, a few tracks by Burl Ives, Iko Iko by the Dixie Cups. Sizzer did a fantastic job adapting, and producing the final track in the ad.

I was definitely looking to find something classic as Diesel has a tradition of well-established music which provides an honest emotion but with a certain ironical distance. I loved François Rousselet’s commercial last year and how it reflected this idea through music. It is honest and emotional, but at the same time it still plays with itself and has a subtle irony.

It needed to be cheerful and joyous because of the way the performers are celebrating hate. The final track really is a beautiful tie to bring the idea together - it really contrasts with the hatred and the lyrics also related well to the idea.

How easy was it gathering the celebrities together?

It was really tough! Especially making the budget work in a short time restraint! We had only two days to shoot in LA - that was the only place we could bring Nicki and everyone together. In that sense, it was a challenge to manage and make it all happen while still having enough scenes and situations to realise the concept. I’m really proud of the team, they creatively brought the whole production together.

What were the main challenges you faced in the film and the positives?

Due to our limitings on timings, the amount of choreography involved and because I wanted to create many camera movements in one continuous flow from scene to scene - I really needed to plan everything meticulously. We starting with drawings, then scaled these up to miniature cardboard models of the sets and then I began shooting stuff on my iPhone from different locations. Little by little, we started to replace every part with better materials until we felt that everything was ready we then began to actually shoot it! It’s quite interesting to see a sketch, however shitty it may be, have the right tone to turn in to something final.

The pleasures of working on this commercial for me initially came from a really wonderfully orchestrated creative process with the agency. The relationship was open and collaborative - really something that has made a mark on me. I also loved working with the brilliant Marc Goehring - he gave the styling a sense of attitude, and the wardrobe really brings out each character in an authentic way. Each look felt truthful to each personality. It was a rare opportunity to work with a stylist who became an essential author to the creative idea. 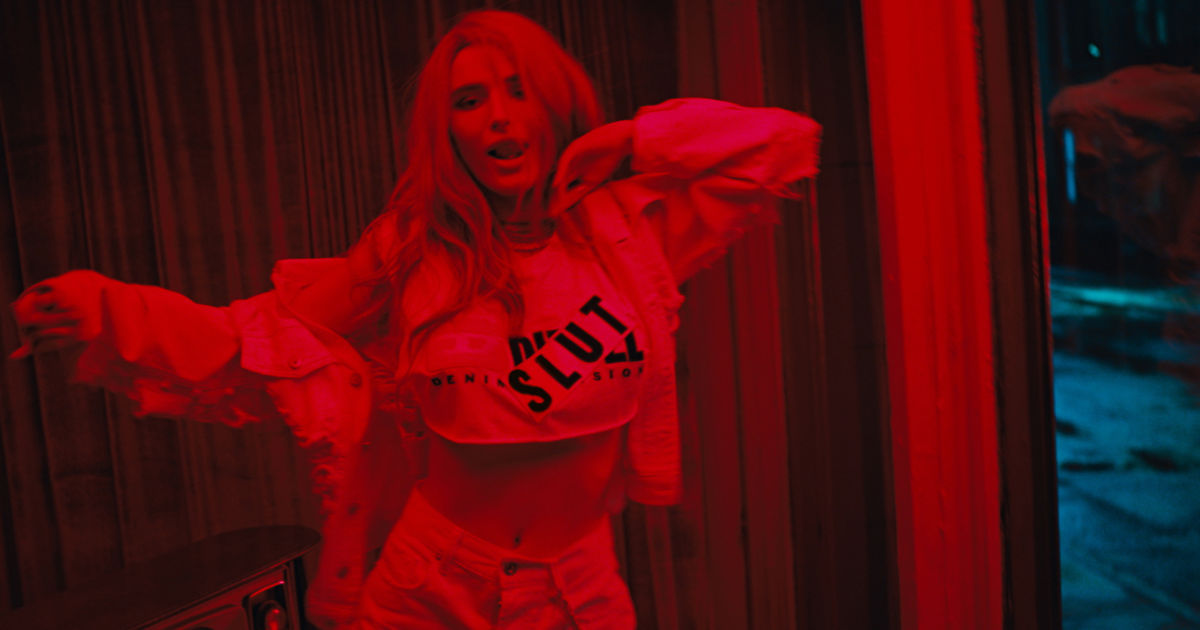 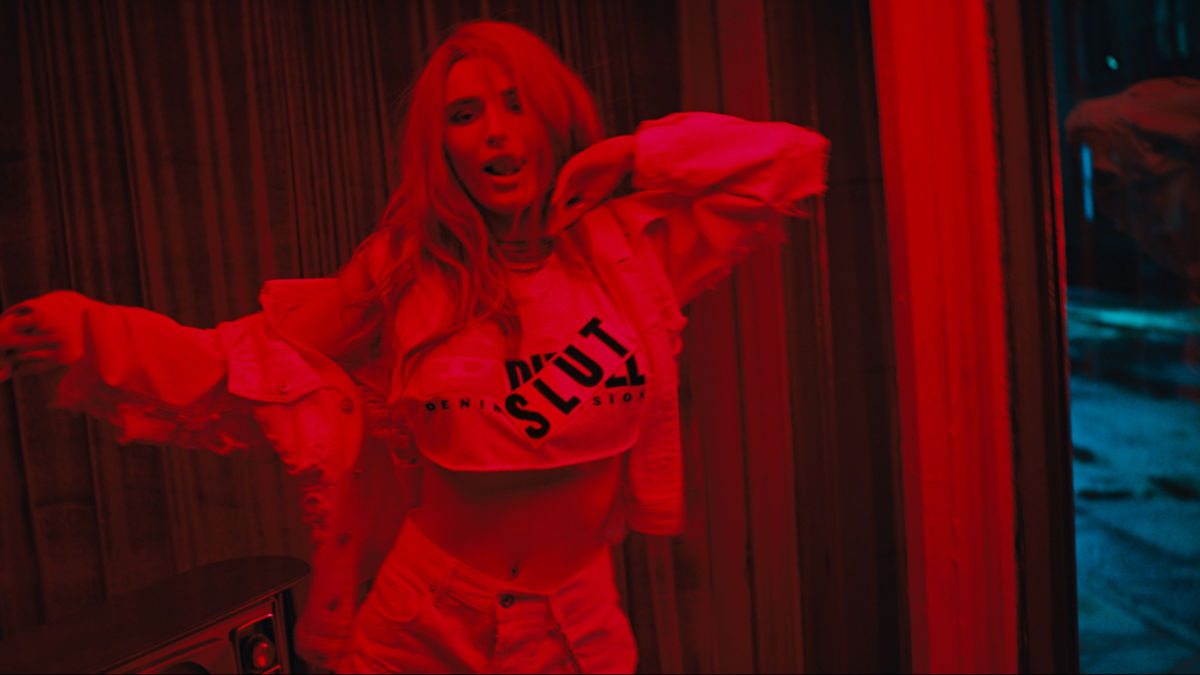