Rotoscope: The dark art of animation

Video didn't kill the radio star, but have traditional forms of animation been dispatched by more modern methods? Presence director and animator Richard Swarbrick argues the case for the 'forbidden technique' of rotoscope.

Whenever a new technology emerges, we are perhaps too quick to write off its predecessor.

As it turns out, television was not the death of cinema. Kindle didn’t completely replace books. Movies are still shot on film. And video didn’t kill the radio star. But will old-fashioned ‘painterly’ animation styles (such as my own) survive in this technological era? Or will CGI and ‘enhanced reality’ render them obsolete? Is 2D animation an outdated relic or a timeless aesthetic?

Is 2D animation an outdated relic or a timeless aesthetic?

When Disney shut down their hand-drawn animation department in 2013 I thought the writing was on the wall for 2D. I was wrong. Eight years later, retro animation styles and techniques are undergoing something of a rebirth. 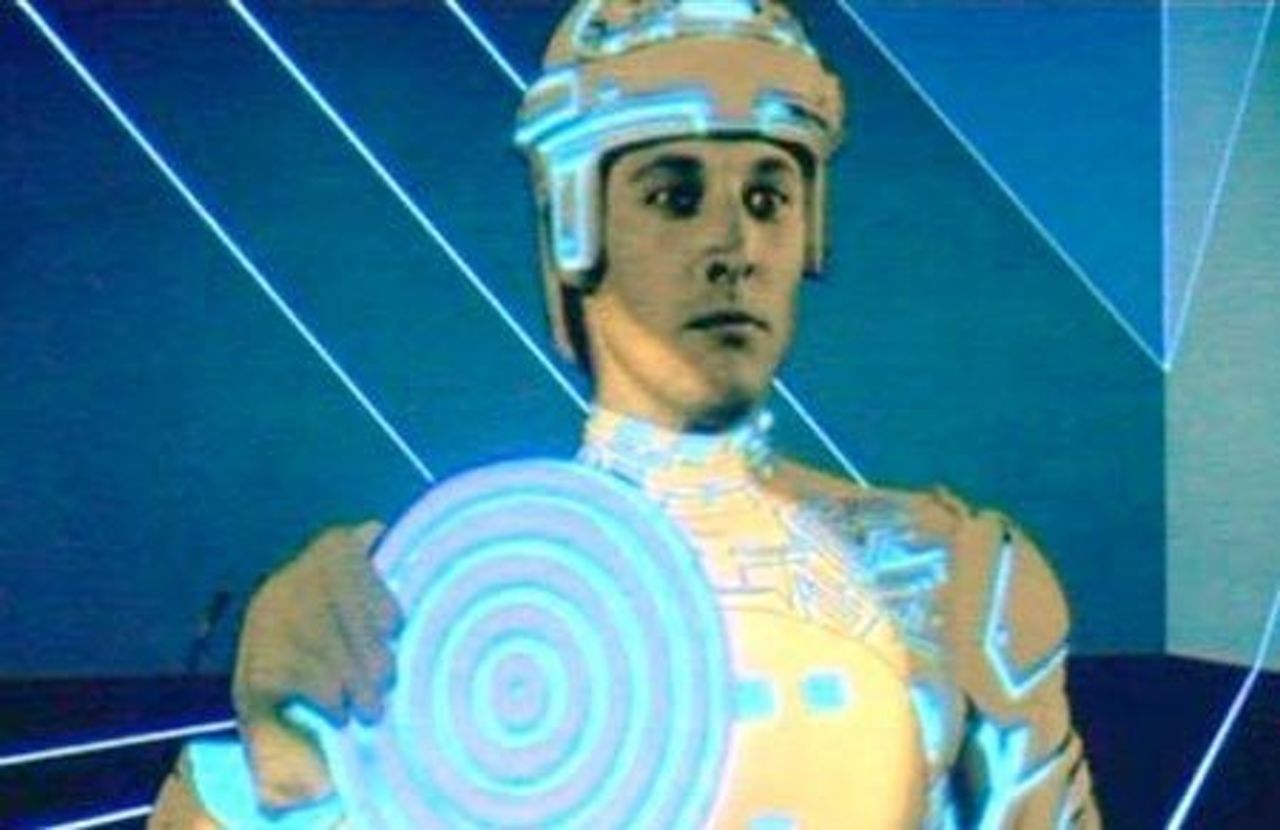 Above: Tron, from 1982, used the technique of rotoscope, one that some see as "not real animation".

This 2D renaissance could be seen as evidence that progress doesn't depend on better technology. But it’s important to acknowledge the role technology has played in the art form's resurgence. Tablets and smartphones have made 2D animation widely accessible, and that accessibility has provided a fresh perspective on an old technique.

My animation tutor at Camberwell used to say, “I only have two rules: no butterflies and no rotoscope.”

My work is predominantly hand-painted rotoscope animation. The rotoscope process was invented by Max Fleischer in 1915. It’s an animation technique that uses live-action footage as a reference for movement. Frame-by-frame, you can create realistic and fluid motion. The first rotoscope animators used photographs of live-action films projected onto glass. My animation tutor at Camberwell used to say, “I only have two rules: no butterflies and no rotoscope.” Butterflies are an animation cliché. And rotoscope? Well... it’s not real animation, right? It’s cheating. It’s the forbidden technique.

Fast-forward 21 years and that forbidden technique defines my career. And it’s not only a technique, it’s the foundation of my style. So, I did more than break the rule, I flaunted it. To be fair, I didn’t set out to do this. I didn’t study to become an animator. I was a graphic design student. I spent 10 years working in the post production industry, first as a runner and then as an Avid Editor and occasional After Effects guy. I used animation in my filmmaking, but it was more of a tool than an end goal. 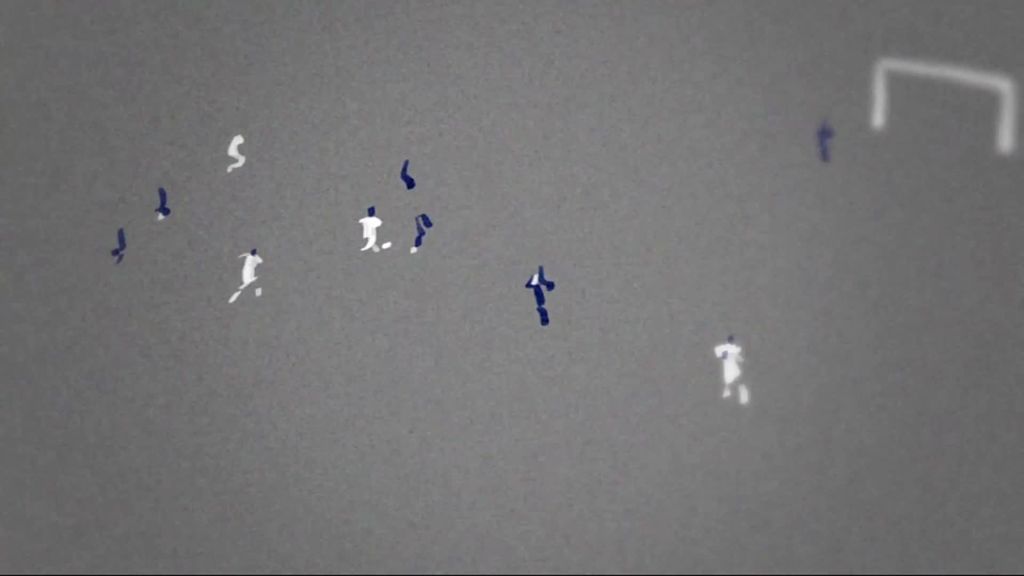 Above: Swarbrick's career-changing film that saw him embrace animation and the painterly approach of rotoscoping.

In 2011, I made a short, animated film about footballer Gareth Bale, using the rotoscope technique. It was an overnight viral success, and my career took off in a new direction. Armed with a Wacom pen, a computer and a very large slice of imposter syndrome, I began to call myself an animator. On one occasion, I asked my animation tutor to elaborate on his ‘roto-phobia’. He explained:“Rotoscoped animation always looks terrible. It’s never looked good and it never will.”

I asked my animation tutor to elaborate on his ‘roto-phobia’: “Rotoscoped animation always looks terrible. It’s never looked good and it never will.”

Over the years I’ve come to realise this is the stock opinion of animation purists when it comes to the subject. They will always point to Disney’s Snow White (1934) to exhibit why no artist should ever dabble in the dark art. Ralph Bakshi’s 1975 version of Lord of The Rings is another example. There's obvious merit in these critiques. But the truth is, Disney used rotoscope in most of their 2D animated movies from 1934 onwards. When the technique is done skilfully, no one notices. Like bad exposition in a novel, rotoscope is ugly when it’s unintentionally visible.

When rotoscope is done well it can be quite beautiful. A painting that comes to life. There’s a truth to it. An emotional quality. An irrational sense of nostalgia. There are many examples of great rotoscope animation. I'd point to George Dunning’s Yellow Submarine (1968), Delia Hess’ Na cidade/In der Stadt (2010), Steven Lisberger’s Tron (1982) and Steve Barron’s Take On Me (1985). 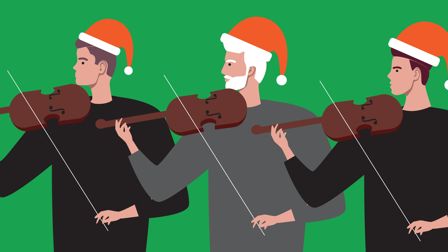 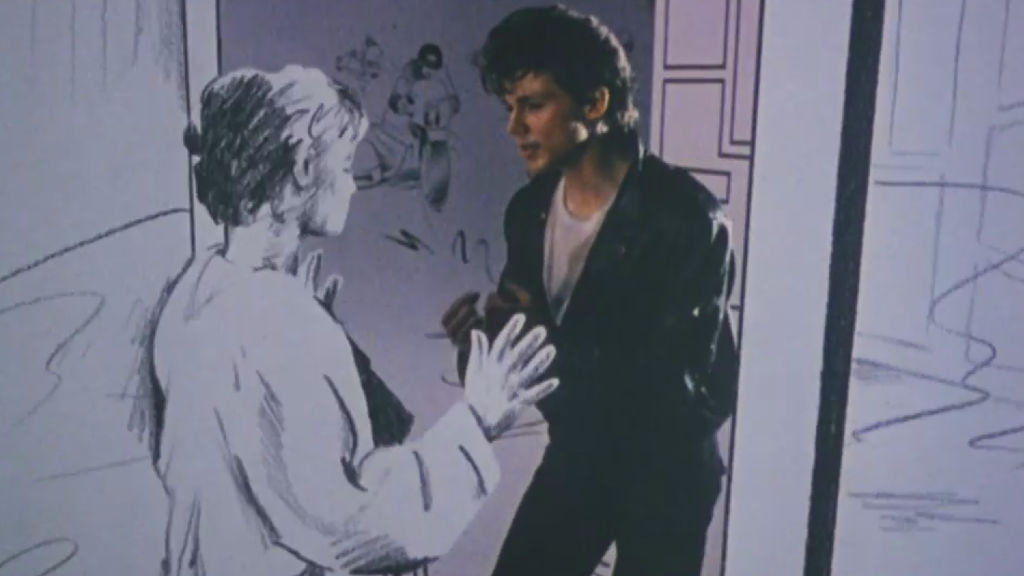 Above: A-Ha's classic music video for Take On Me is a great example of rotoscoping.

The very notion that some animation techniques are less pure or authentic than others seems very outdated in this modern age. If rotoscope is ‘cheating’ then 3D motion-capture is cheating on steroids. Most people would agree that the movement and performance of an actor like Andy Serkis as Gollum adds to the artistry, rather than detracts.

If rotoscope is ‘cheating’ then 3D motion-capture is cheating on steroids.

For 10 years I’ve worked alongside producer Danny Fleet creating animated films. Our work uses a ‘painterly’ style and a nostalgic sensibility. In the early days we had a lot of positive feedback about the way we convey relatable human emotion in our films. We began to realise this was an area where the painterly rotoscope aesthetic had an edge over other animation styles. The fluid motion and enhanced realism lends itself to balletic movement and powerful emotion. 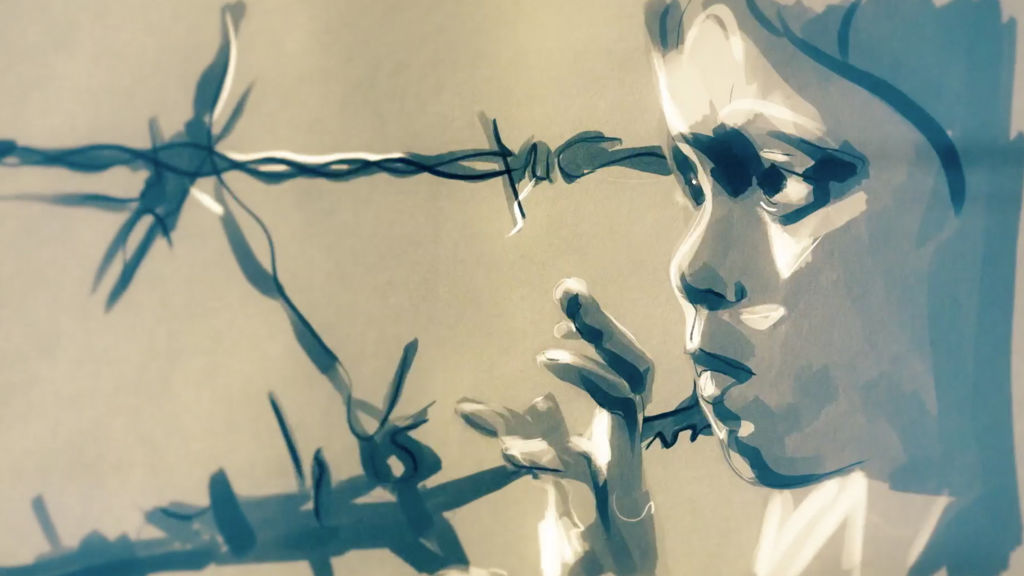 Medecins Sans Frontieres – Give Me Hope 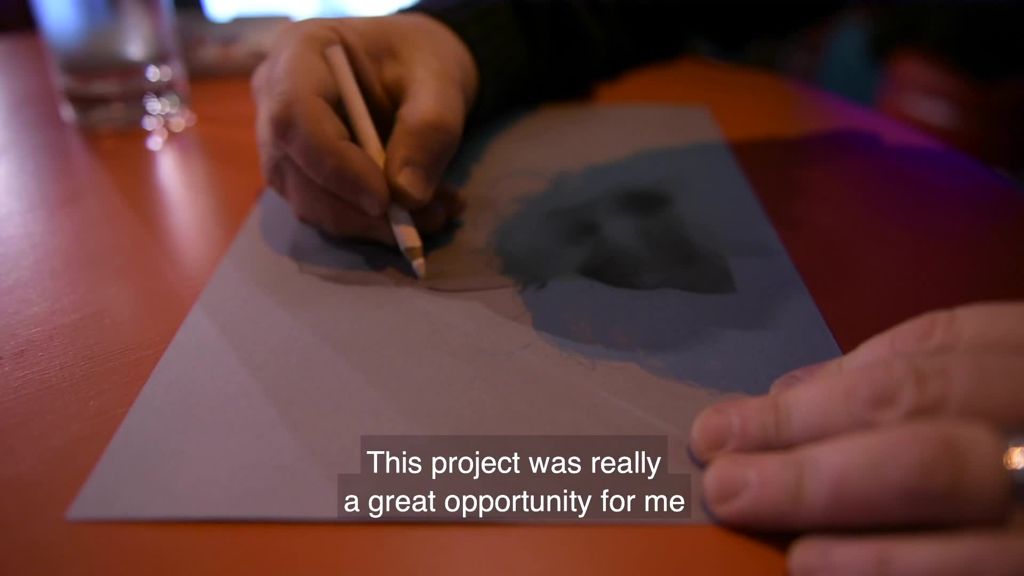 Medecins Sans Frontieres – Give Me Hope (Making Of)

That’s not to say emotion can't be conveyed in 3D animation (I’m the first person to cry at the end of Toy Story 3). But, as we come to understand the limitations of modern animation technologies, we’ve found new respect for the unique qualities of 2D.

I did break the ‘no roto’ rule once when I was at art college. I created an animation of David Ginola’s goal against Barnsley in the 1999 League Cup semi-final. It was similar in style to my Bale film. I presented it to another of my tutors, legendary illustrator Ian Wright. And I told him I’d broken the ‘no-roto’ rule. “The thing is,” he said, “people would like this.” He placed emphasis on the perspective of the audience rather than the creator. Then he gave me another rule. One that he likes to follow and one that I’ve followed ever since:

“The process isn’t important. All that really matters is the end result.” 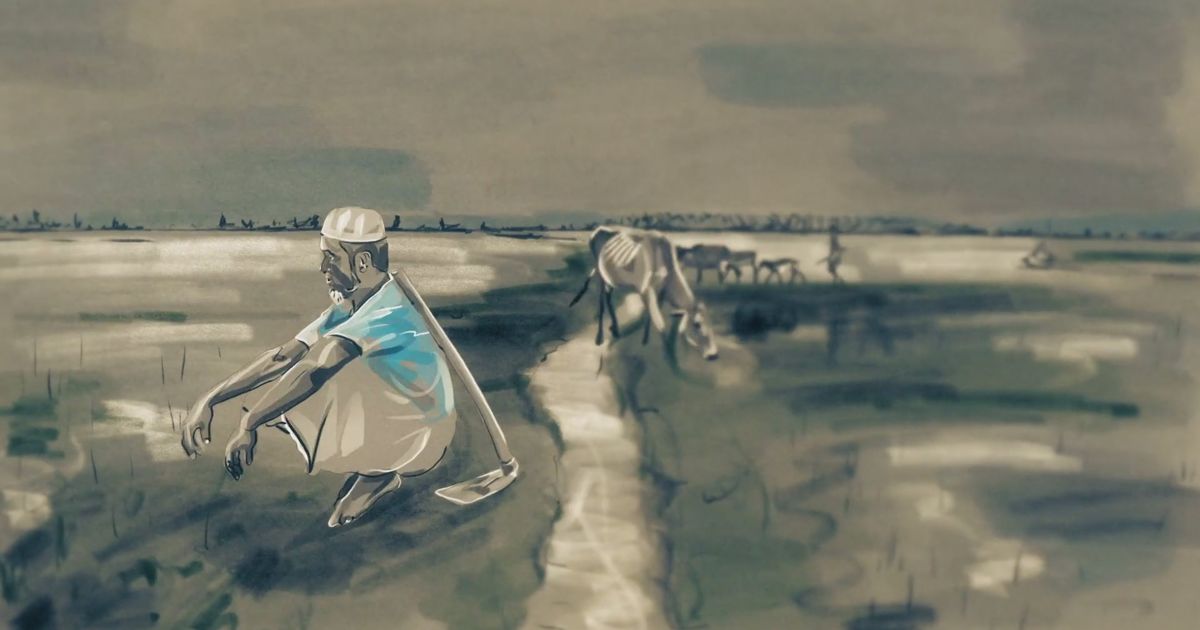 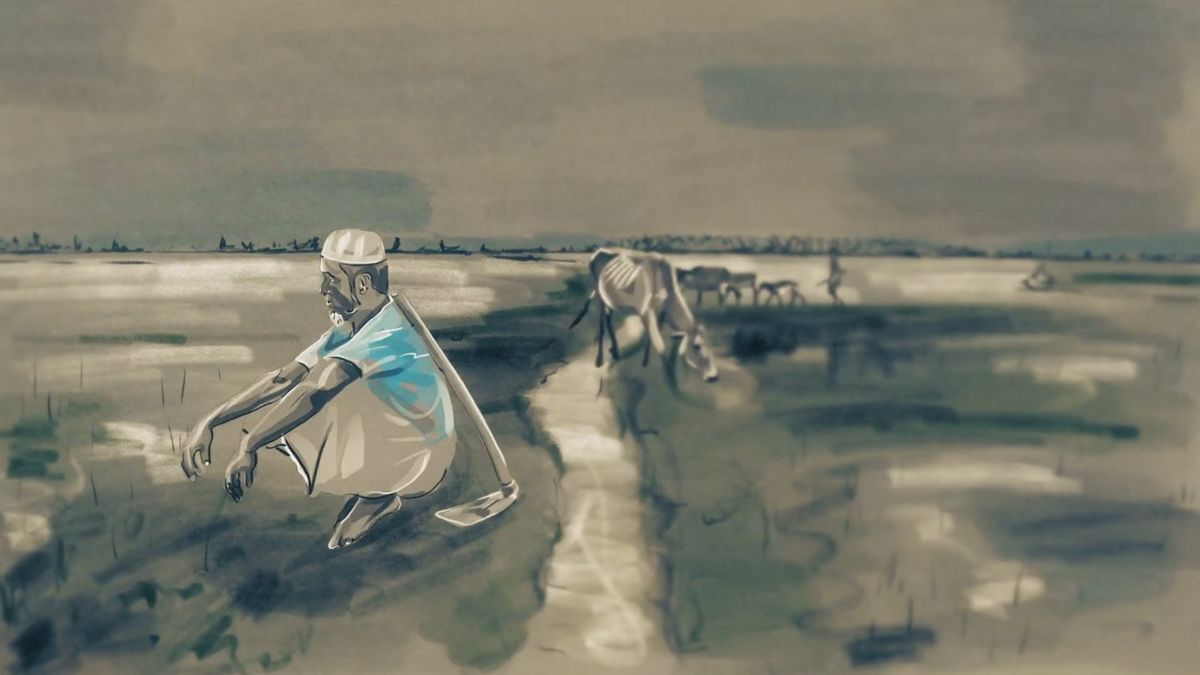