After a year in which a harsh spotlight was shone on diversity - or the lack of it - within advertising, Park Village director Nos shares his own feelings about the situation, reflects on some industry missteps, and explains why Black people "aren't a hashtag".

After some time in the industry I’ve found that some topics within certain - mostly white - circles are still taboo. One of them being race.

I don't know why that is. Perhaps because accepting that your peers are struggling, or being discriminated against, makes you feel implicit. Perhaps because it makes people feel helpless, or maybe even because they have some kind of fear of power imbalance.

Rocking the boat and speaking your truth labels you a trouble maker, or combative, or ‘the angry Black’.

The same things seem to happen when topics of gender equality in the film industry come up. In my experience, it's less about the conversations being shut down and more about the topics being ignored and overlooked. It's this unspoken, underlying feeling that as Black folk we are ‘lucky’ to be able to work in such an industry at a high level, so rocking the boat and speaking your truth labels you a trouble maker, or combative, or ‘the angry Black’. This was quite frustrating for me as it meant pretending your blackness didn’t exist around other people. But, being in this situation allowed me to learn more about the people around me, learn more about how to navigate in an industry that wasn't built for people that looked like me, and actually forced me to want to get to a position where I didn't have to care about what people thought and could just be happy to celebrate my culture when the jobs came around.

In our current working climate, it feels like companies are scrambling to prove they’re not racist rather than actually addressing their own biases.

Simply put, I adapted. I'm now able to navigate an all-white cast of a world I'm not from, as well as my own world. I believe that as Black creatives our perspective is unique because in this country we're on the outside looking in. I would tell any Black creative to use that unique perspective to be different, to be creative and to tell your truth.

In our current working climate, it feels like companies are scrambling to prove they’re not racist rather than actually addressing their own biases - and the issue - properly. This is proven by the spike in adverts and sudden slogans like "we stand with you" from companies that, in the past, have had nothing to say on racial issues. I feel like a lot of recent campaigns and movements have thrown money at the situation instead of looking at the culture within their own companies. Brands panicked after the tragic events with George Floyd, not for fear of offending people but for fear of 'cancel culture' affecting sales and PR.

Brands panicked after the tragic events with George Floyd, not for fear of offending people but for fear of 'cancel culture' affecting sales and PR.

I feel brands like to book me for pieces that show a lot of emotion, or which have a strong message, because some of my favourite work to do is on mental health. Most recently the Fred Perry campaign about introverted Black artists and the Depop Black History Month campaign about 'loving your Black skin'. But, on the whole, I see companies coming up with tone deaf campaigns under duress without even consulting any Black professionals. Some looked around their office and asked any Black face to speak for an entire community. These tactics don't last. It's the culture within the companies in the past and in the future that needs examining. Black people aren't a hashtag.

DePop – Say It With Me 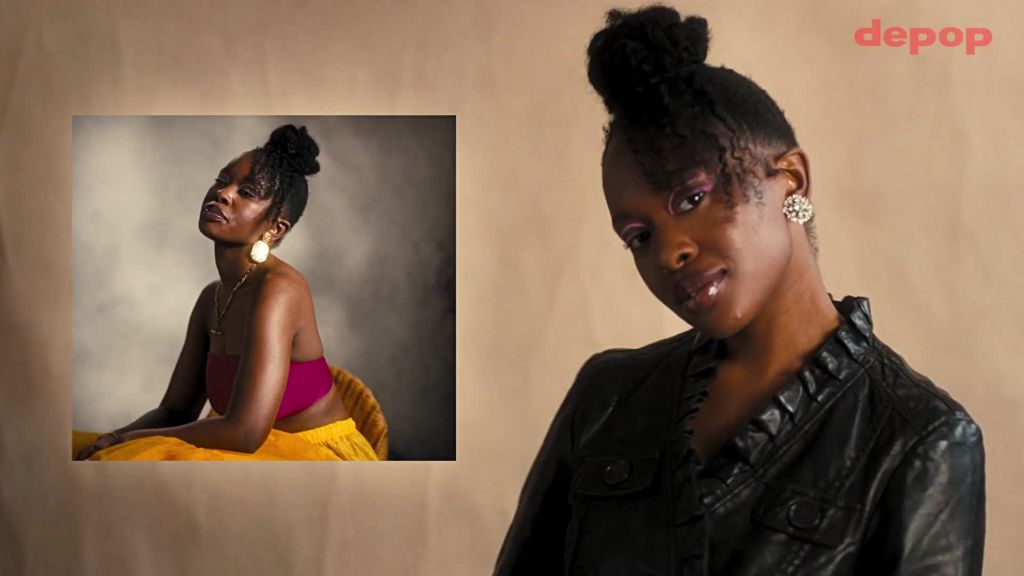 Above: Nos's work for DePop.

This area of discussion brings up a trend me and my peers have noticed. On set the other week I was shooting for a reputable brand as part of a Black History Month campaign. I was asked by a department head “how is work going after lockdown?”. I replied that things were going really well right now, for me and other Black creatives I know, but it’s fleeting, because we're all going to be out of work come November. Luckily, this particular individual wasn’t made of glass because we were then able to have a dialogue about how companies seem to be scrambling for Black creatives, as if we didn’t exist pre-Black History Month or George Floyd.

When it comes to hiring I personally think companies and brands are lazy.

Perhaps this can be quantified by saying I've noticed that I get more calls and offers from predominantly white-owned brands come Black History Month, wanting to do content and saying "it's only right" it be directed by a Black director. I mostly turn them down due to the lack of authenticity of the projects. I’d argue this October would have been my busiest month of the year if I had taken all the work offered.

My Instagram feed is full of my Black peers making content with brands who usually don't seem to have an opinion on Black issues. In contrast, the rest of the year is more regularly scheduled jobs. I would say I saw four times as much interest in October. When it comes to hiring I personally think companies and brands are lazy. The due diligence taken when hiring white employees does not match when it's people of colour. Firstly, they hold an entire race at the value of that one hire, which they wouldn't do for our white counterparts. What I mean is, as Black employees, we rarely get second chances. If we make a mistake it is highlighted to the degree that that company then see hires from the Black community as a risk, as if we are all the same.

As Black employees, we rarely get second chances.

Saying all of this, I feel like all the recent attention isn't a bad thing. I think it's allowed me to have real and frank conversations with my white peers, as I have done in the past, but now with the added benefit of them actually checking their own racial biases. In my opinion, that’s where its starts. 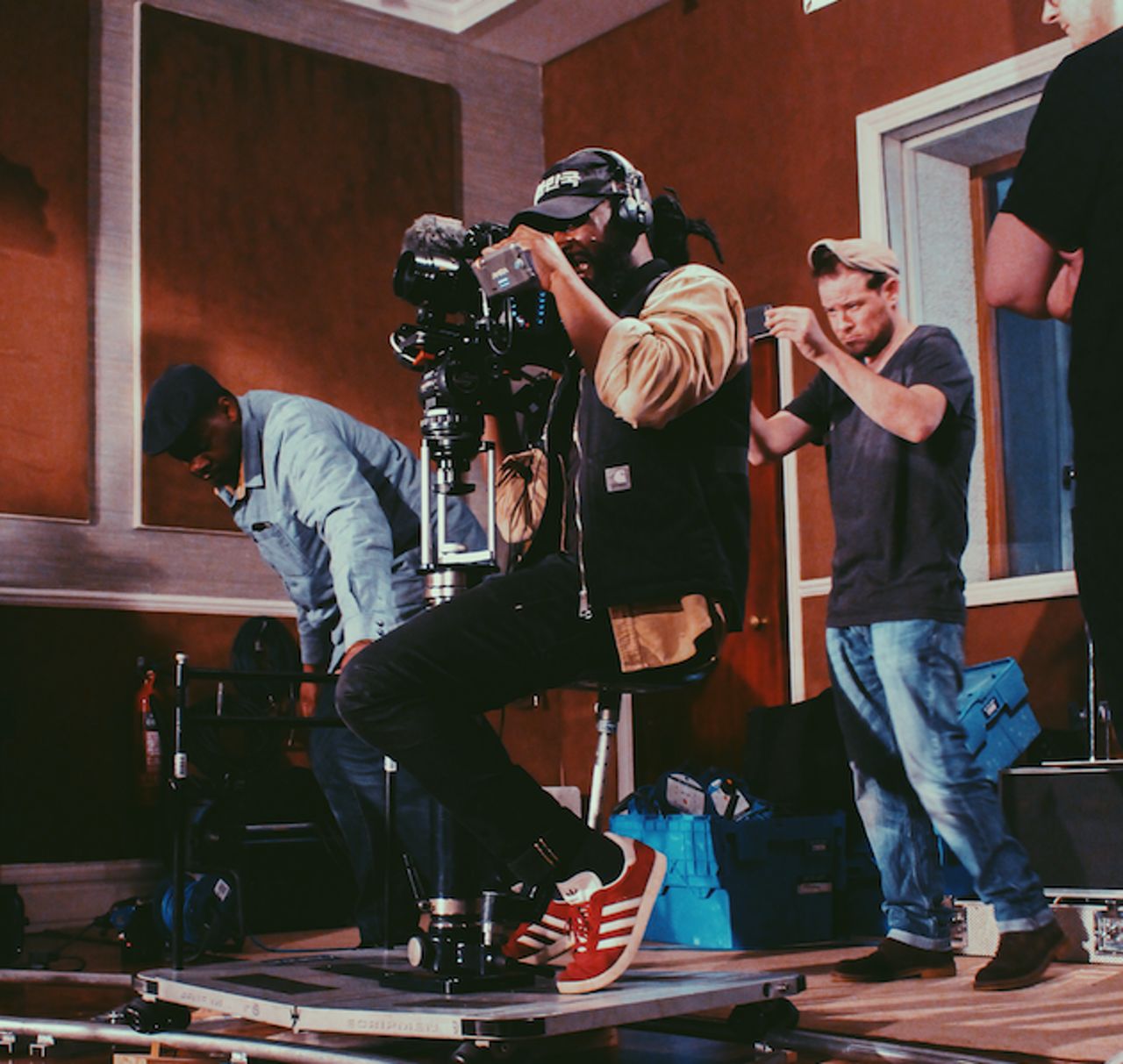 Above: People shouldn't be shocked to see a mostly Black crew, says Nos, above, on set.

I don’t think only Black people should tell Black stories, in the same way that I don’t think only white people should only tell white stories. I just think the consideration and support of our white counterparts in the industry should be better spread across more races. We shouldn’t be shocked (which often happens) to see a mostly Black crew shooting a big campaign, advert or film, even if the cast is white.

We shouldn’t be shocked to see a mostly Black crew shooting a big campaign, advert or film, even if the cast is white.

On a personal level, I'm relatively new to being signed, so I'm learning a lot from Park Village about the great support system a production company gives you as a director. Something that came up was Park Village’s desire to represent a more diverse roster, and this was refreshing to me. This was back in February, but if it had happened during this current climate, where I notice other production companies clambering for new Black talent, I would have been sceptical about Park Village's motives.

Does Park Village support me and understand the issues? Perhaps not yet, not entirely, because they are still listening.

The question is, does Park Village support me and understand the issues? Perhaps not yet, not entirely, because they are still listening, which is actually the best thing companies can do right now. A lot of companies were quick to jump on the bandwagon of whatever Black support hashtag was trending, but Park Village is currently listening and hashing plans to make real changes within their company culture.

So, as we head into 2021, I’m excited to see how it all goes, for me and for my Black contemporaries. 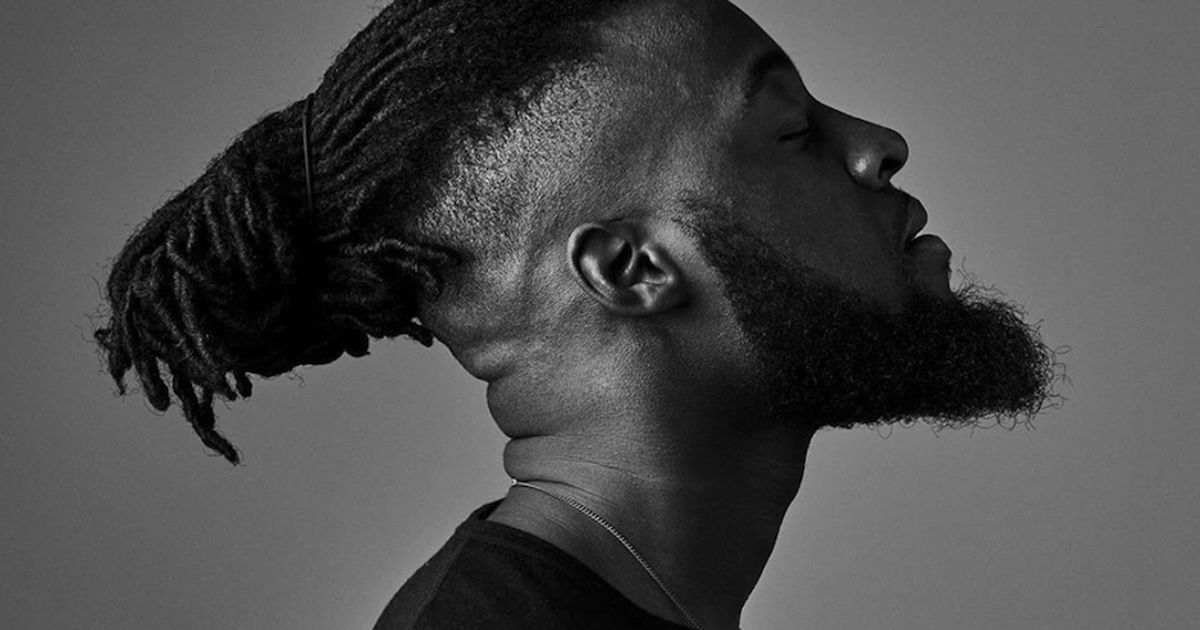 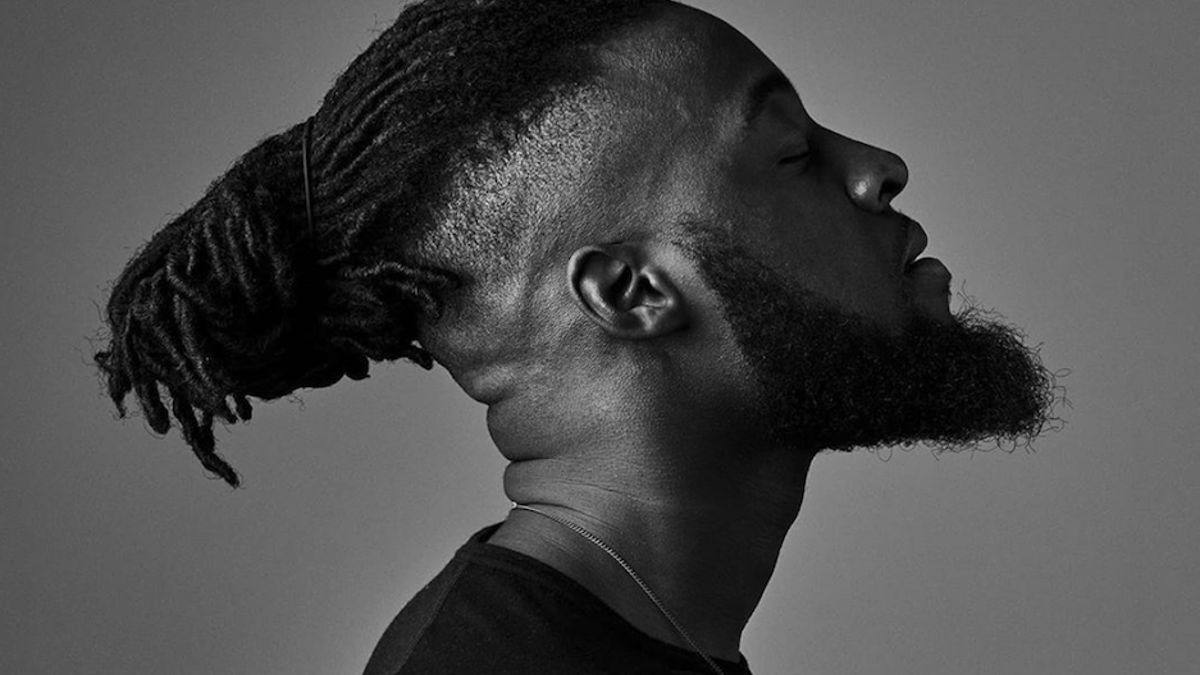