Created by BETC Havas, Joga Na Subida (The Unlevel Playing Field), seeks to show the chasm between investments in men’s and women’s football in Brazil.

Despite the great advancement of women’s football in recent years, Brazil is still far from being the country of football for them.

A survey showed that only 1% of the income of Series A clubs is destined to promote the female modality. It’s like they play on a slope, where it’s hard to develop a move even with a lot of talent, with difficulties at all times.

In this premise, Puma, in partnership with BETC Havas São Paulo, created the action Joga Na Subida (The Unlevel Playing Field) to raise awareness of the differences in financial contributions and incentives to men’s and women’s football in the country.

“Being a partner of a brand like Puma, which dares to do an out-of-the-box project like this is a privilege. This idea is the representation of a cause that needs to be looked at with care to really make a change”, comments Marcelo Ribeiro, creative director of BETC Havas. The first step of the initiative was building a soccer field on top of an inclined structure, transforming it into a climb. Then, amateur men’s soccer teams were invited to a match at the venue. To help spreading the message, the entire action was filmed and made into a 1-minute launch video. In one part of the video, when seeing the pitch different, one of the players already warns that the game will be difficult. Then, it is possible to perceive the difficulty of the teams carrying out the game and even staying on their feet.

“The surprise of the players when they saw a football field 2 meters high on the highest side was unique, and it got even bigger when we explained the whole context that this was a representation of the difficulty every female athlete goes through,” adds Victor Castelo, associate creative director of the agency.

To endorse the initiative, the action also had the participation of the ace and player Corinthians and the Brazilian National team, Tamires Dias. She believes that after the experience of playing on a slope, men now know a little about the difficulty and how they feel about not having the proper recognition and investment in women’s football. The film ends with an important provocation: “So what? Shall we even out this difference?” 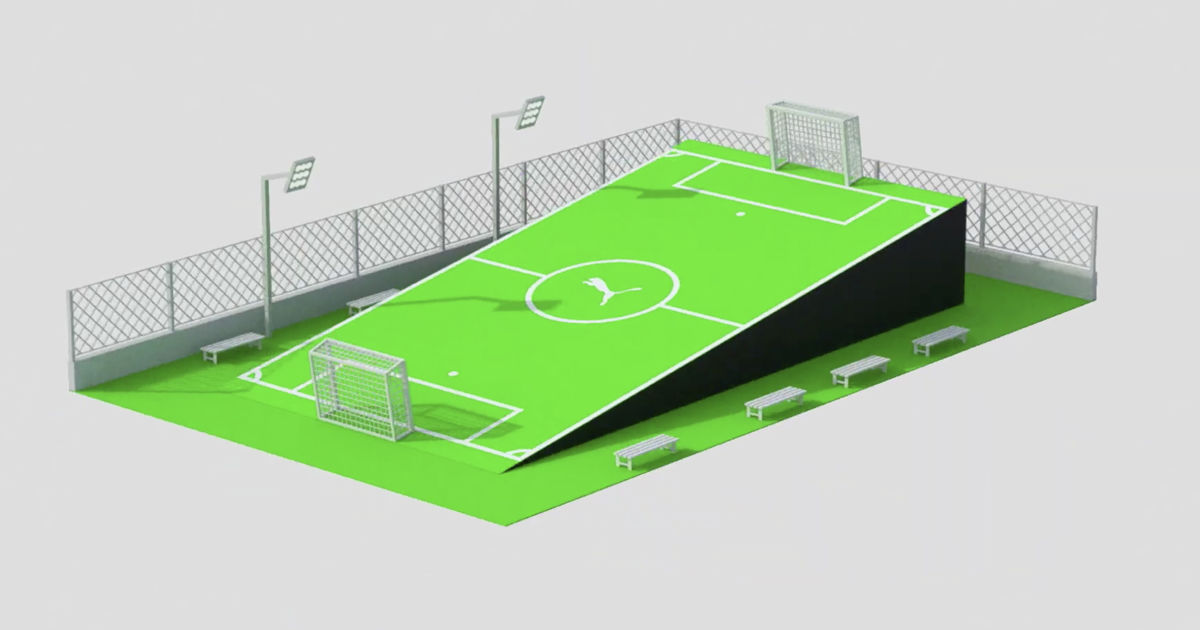