The Cannes Grand-Prix winning director talks to us about his latest short, a darkly comic story of an unlikely friendship between a lonely woman and her household plant.

by shots on 11th September 2018
This article was created before we re-designed shots – it may look a little strange or not have the same features as new articles. If you see something particularly wacky, please let us know on shots@extremereach.com
Share

A recently widowed woman living alone in her small flat – it’s hardly the greatest pitch for a chucklesome comedy is it? However, in the dependable hands of Nexus’ Johnny Kelly, a melancholy pitch becomes a touching, playful and darkly mirthmaking exercise in loss, love and… plant-care?

‘Fern’, the first live-action film from Cannes Grand-Prix winner Kelly, sees Monica Dolan as a lonely lady pouring all of her affection into sympathetic flora. Shot in a mere three days in Kelly’s flat (which meant transplanting his very understanding wife and children to stay with his parents in Dublin for 10 days), the film’s festival release has seen it screening multiple countries, picking up 1st prize in Comedy at the Rhode Island Film Festival along the way.

To mark its online premiere, we sat down with Johnny to talk directing BAFTA-winners, cutting for comedy and puppeteering possessive pot-plants.

Where did the seed (pun intended) of the idea come from for Fern? Is there a plant-love you’d like to confess to us?!

There is no plant love I’m afraid, quite the opposite in fact — any plant that comes near me tends to die. This film could be their subconscious retribution? The initial idea, of a grieving widow and a dying fern nursing each other back to health, rattled around my head for at least a year before I did anything about it. Like a lot of people I have a long list of odd ideas in my ‘Notes’ app on my phone and that’s where this festered for a while (alongside other oddities such as “a TV series about famous people who die on the job” and “a fail compilation of someone’s entire life”). Then a funding opportunity came up for Channel 4 / Random Acts and my production company Nexus encouraged me to submit an idea.

You’re best known for your award-winning animation – what made you approach a live-action film like this?

Necessity! This weird idea wasn’t working in any other medium. I had directed little bits of lifestyle live action (which mostly involved me asking people to swipe content on tablets quicker) but that doesn’t prepare you for working with an actor of Monica’s calibre. I was very excited at the prospect of combining her with a puppeteered plant, and it was new territory for everyone involved.

With our film there was no possibility of having a CG fern, but I suspected we could use our budgetary limitations to comedic effect. I was always a fan of the puppetry in Skippy where they used clearly taxidermied kangaroo paws to open gates, type on a keyboard or operate a CB radio (another idea in my notes is a crisp, careful unboxing video, with a wild animals hooves, maybe I’ll make that next).

Working in live action after years of animation was a joy. Being able to try things out, the spontaneity of performance, and also the amount you can get done.

What was the prep? How long was the project in scripting stage before the wheels started turning?

I wrote and storyboarded the film — storyboarding is always the most crucial stage for me. I had an eye on what might be technically possible or funny. When you start dreaming up silly things a fern frond could do in close up, the scenarios write themselves really. Not everything fit of course – I loved the idea of the fern furiously changing gear and hitting the accelerator pedal but there wasn’t a natural place in the film for a car chase, sadly.

In terms of shoot preparation, I’m used to set build but there wasn’t a lot to construct here, we used actual plants! Each frond would last about three or four takes before looking too bedraggled, at which point we’d lop another one off the plant.

The casting of an actress like Monica Dolan really brings the story to life. How did she get involved?

I knew her work and was a long-time admirer. She’s always the most interesting actor in any scene, even in smaller roles like in Catastrophe or Sightseers. Our story is sad and funny, and she’s a specialist in both so I knew she would come up with something good for this. I never imagined she would be interested.

We sent the script to her agent and she said yes. It was an unexpected coup, and her involvement expedited the entire production process. Once you have someone like her in the lead role of a short film, it becomes easier to recruit crew and other production partners.

After she agreed to be in the film, we realised we had an old Irish connection. Our fathers had both studied Chemical Engineering in the same class at University in 1950s... My dad gave me a photo he had taken to pass onto her showing her parents, on a college trip to Brussels in 1956. It was a bizarre coincidence. It’s a small, Irish-riddled world.

How was the shoot? Were there any unforeseen issues?

With 17 of us in a small flat we all became very close over the course of our three day shoot. We shot out of sequence, filming what we needed in each room before moving on. Our 1st AD George Cassavetti planned things meticulously —  after we’d finish with the bedroom for example, all the equipment would be moved in there and it’d become our break/lunch room.

Operating in such a confined space would challenge any DP but Matthew Day worked tirelessly, expertly using the available light, laying down tracks and filming a whopping fifty-five setups in three days.

The plant work looks like some fun puppeteering – can you fill us in on how some of that was achieved?

Each fern frond was attached to a rod, which we removed in post-production. Using rods rather than fishing wire for example, meant our puppeteer could get quick fluid movements. And actually, what became immediately apparent in the first camera tests was how terrifying the fern could feel. Even with the steadiest hand — and our puppeteer Kim Scopes’s hands are steady as a rock — the leaves nonetheless trembled furiously. I thought this delicate trembling could be used to our advantage though, we wanted the plant to be imbued with human characteristics - in fact one reading of the film is that her husband’s spirit might be in the plant. Kim worked hard to make the plant’s performance read less like a strangling murderer, and more like a nervous lover.

The film clocks in just under six-minutes, which is a lovely bite-size time for a short. Did you have the timeframe in mind at the scripting stage or was there some pruning (pun intended) done in the edit suite?

There was some very hard pruning in the edit suite. After the shoot I had put together an ‘assembly edit’ which was around 9 minutes long but it was mostly grieving. I’d get a bewildered look from anyone I showed this rough-cut to.

I knew I needed outside editing help, but working primarily in animation I didn’t have a pre-existing relationship with an editor. I felt like the film could benefit from someone familiar with comedy to make the most of the timing, so I did an IMDB hunt and Charlie Fawcett’s name kept coming up - he has an esteemed CV, having worked on The Inbetweeners, Fresh Meat and Motherland amongst others. We gave him my edit and he had lots of ideas — he chopped three minutes off it and made it 95% funnier.

The music really adds to the piece – how did Antfood get involved and what was your direction?

In my first conversations with Antfood we talked about it as a love story that turns sour, so the main theme needed to have a sweetness to it that goes a little wonky towards the end. I gave them a Spotify playlist of things that felt tonally relevant to what was in my head. I think this was helpful but what they ultimately came up with was entirely different, a pared back piano piece, it feels a little like a medieval courtship dance.

In the second half of the film the fern becomes a spurned lover, swiping through her phone, and being banished to the hallway. The only problem is the plant can’t really emote, so the music needed to step in. The aural challenge I gave them was ‘plant rage’, and I think they nailed it!

A huge part of the audio is the sound effects by Jon Clarke at Factory. Jon and his assistant James created the plant’s every little rustle and tremble, with a foley record. They went through a lot of plants in the process.

The film has received a great reception at festivals around the world. What’s been the nicest moment so far? What’s the biggest surprise?

I imagine the nicest moment might have been when it screened on Bondi Beach, at Flickerfest. Sadly I only went to the rainy festivals. Seriously though, it was lovely to see it at Dublin Film Festival, surrounded by lots of family, cousins and friends. This film starts out quite serious — most viewers presume it’s a straight up drama for the first few minutes, so it’s a little nerve wracking to watch with audiences.

What’s up next for you?

I’ve got two commercial projects on the go, and together with a copywriter friend (who works at 72andSunny in NY), I’ve written another short film. I’m incredibly excited about it, we just need to convey that excitement to someone with a chequebook — we’re applying for funding at the moment. 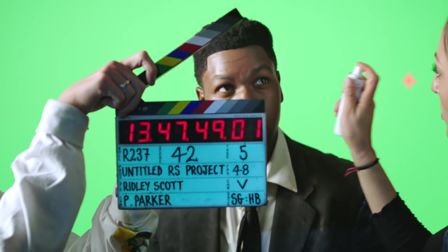 How Joint convinced Vue to Get Lost

We speak to Jack Brough, partner at Joint London, about how they worked with John Boyega, Ridley Scott and one of the UK's leading cinema chains to promote the big-screen experience. 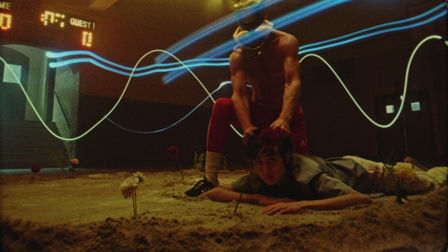 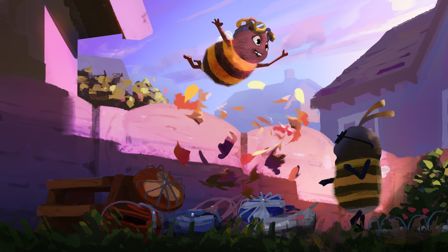 Do you Beelieve in magic?

From Passion Pictures, directors Kyra and Constantin share how they balanced heartfelt character design and digital execution in their newest, fluffiest film. 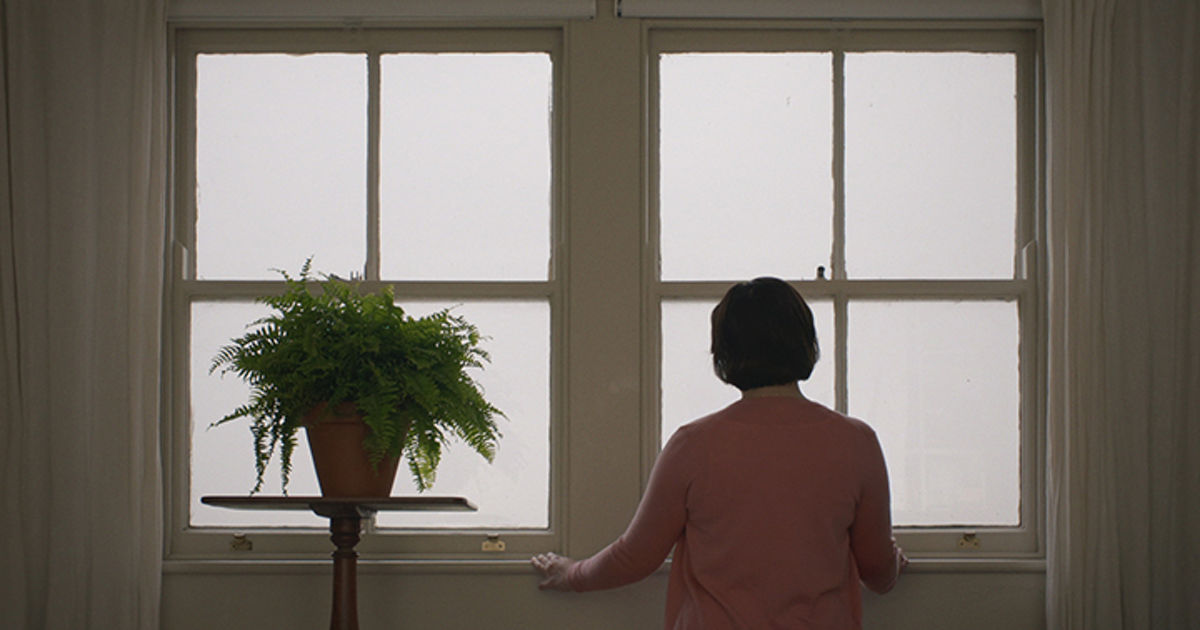 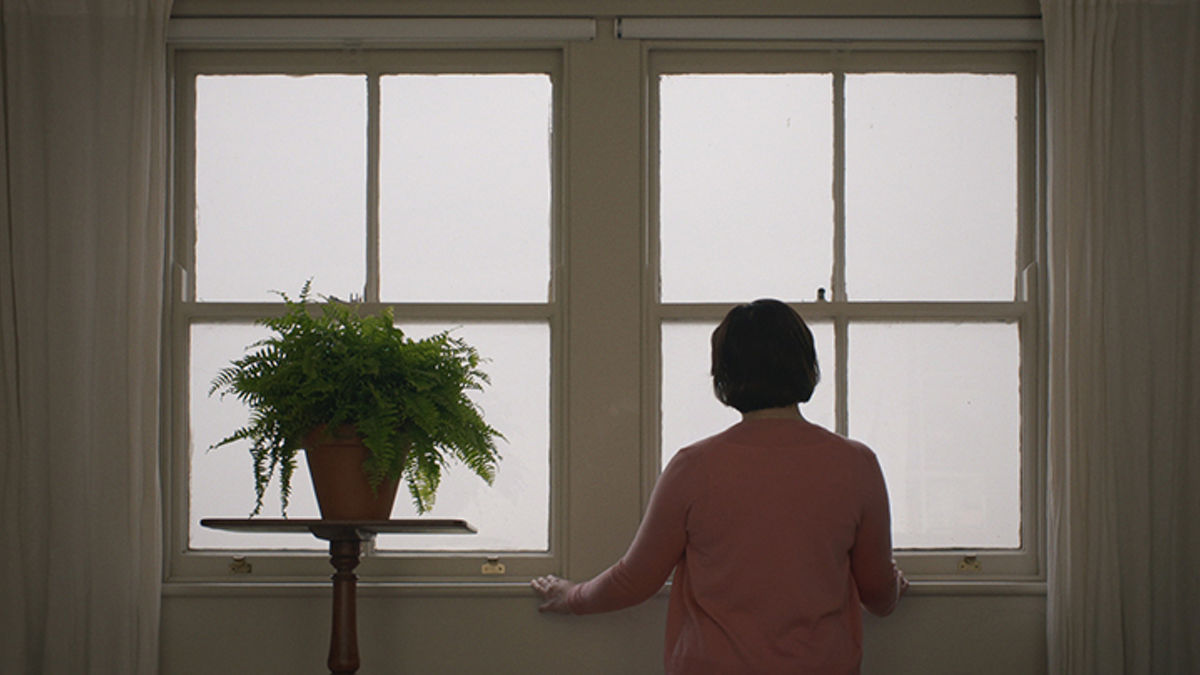