E-Sports are about to get a lot more physical

Ricky Bacon, Group Technology Director at Critical Mass, wants advertisers to know that the biggest opportunity might not be the Olympics, but immersive e-sports.

Once upon a time, I was a competitive e-sports gamer. Rather than hitting the field, I would plant myself in front of a keyboard and mouse, staring into the glow of a screen, and hone my skills hour after hour.

Practising was a test of mental endurance. And the tournaments! They’re nothing if not pulse-pounding, and if I wanted to win the trophy, then I needed to drum up the same kind of prolonged focus-under-intense-pressure that a pro athlete needs.

And yet, at the end of the day, I was sitting, seated, sedentary. After living in a world of digital sport, I often needed to go for a run afterward to stay, you know, physically fit.

Fitness apps, wearables—any number of things can become a part of the (literal) action.

But what if we could play e-sports in a virtual world and get fit in the physical world? How would that change the e-sports environment and the way advertisers tap into e-sports? To do that, we’d need to go to a different kind of world altogether. That world is called the metaverse, which means that now, we can have our e-sports, our fitness - and a whole new canvas for advertisers.

It’s a real thing. The name metaverse was coined by Neal Stephenson in Snow Crash, and it refers to the blending of the digital world with the physical world—a place where immersive, connected, spatial experiences can play out endlessly. You already live in the metaverse to some extent when you use turn-by-turn directions on your maps app. But to really get in there, you’ll need something more immersive. VR, for example. With 30% year-over-year growth, VR is on the rise and is already replacing traditional gaming interfaces (screen, keyboard, and mouse), as well as the physical experience of gaming.

In VR e-sports, to be specific, you’re moving around in virtual spaces, rather than sitting in a chair with your butt planted immovably on the seat.

So, we have a metaverse. We have VR. We even have some early VR e-sports hits (like Creed: Rise to Glory) with player-versus-player modes that allow people to compete against other players anywhere in the world. This new era brings us face to face with a lot of new possibilities and implications. Here’s a simple one: being in better shape than someone on the other side of the world can become an important part of your e-sports prowess. So, where gamers used to upgrade their mouse/keyboard setups, they’ll now need to think more expansively when it comes to making all the pieces of their gaming life connect. Fitness apps, wearables—any number of things can become a part of the (literal) action.

In other words, e-sports gamers will want and need interoperability—the ability for different platforms and devices to seamlessly integrate with each other. And this is where things get even more interesting.

The VR workout platform Supernatural gives us a glimpse of this more interoperable future. Supernatural lets you track your progress using your HealthKit via your Apple Watch. With this real-time health interface, you can get biofeedback while you play and therefore a better understanding of how far you can push (or have pushed) yourself. This feedback loop also allows for dynamic scaling of digital content. Is the course you’re on too easy? The experience makes it harder. Are you falling behind too much? Make the experience easier until you level up enough to tackle a hard challenge. But how do you make some of these physically challenging experiences more accessible? In 2019, Facebook acquired CTRL-Labs, a company that builds a mind-reading wristband. Read that again. A wristband that reads your mind. Based on the Myo armband from the mid '10s, CTRL-labs is working on a touchless interface that turns the muscle movements in your arm into control inputs via EEG. For e-sports athletes who are disabled, this opens up new opportunities to compete. Subtle motions in your arm can provide complex inputs for a spatial experience. The very same Apple Watch that’s measuring your heart rate could also read gestures in the near future.

E-sports gamers will want and need interoperability—the ability for different platforms and devices to seamlessly integrate with each other.

How to make something you can't touch

The good news for production companies is we've been here for a while. The physicality of an experience just adds a new dimension to the experiences we already build. We've been building AR, VR, and XR (extended reality) experiences for over a decade now, and gesture-based input has been around since the days of the Kinect, allowing us to create immersive experiences that don't require controllers. The difference as we move into the new era of e-sports? This time, it's inside out. So, while you're waiting for your next match against a human opponent, your personal AI coach can drive you harder to perform better.

So, what’s the takeaway for the world of brand marketing?

New platforms and experiences provide novel ways for brands to express themselves. Always have, always will. Nike dropped a Lebron skin in Fortnite. Gucci created a surreal world in Roblox. KFC created a dating simulator. Yes, a dating simulator. When a brand flexes their creative muscle in new environments, they remain fun and relevant. And gaming isn’t only a new environment; it’s also home to a mind-bogglingly large, engaged audience. People don’t just play games. They watch them, too. When League of Legends (a popular online game) livestreamed its finals (a popular video game tournament), it garnered more viewers than the Super Bowl. Yes, the Super Bowl.

With 30% year-over-year growth, VR is on the rise and is already replacing traditional gaming interfaces (screen, keyboard, and mouse), as well as the physical experience of gaming.

The larger issue is this: brands should focus on gaming because they want to meet their customers where they are. And gaming is where the e-sports players and fans are. As e-sports become more physical, there is a massive space for brands (including those that we don’t currently associate with video games) to enter the space in exciting ways. The new, more active e-sports consumer may want a protein snack for the first time in their life. Or maybe they’ll want a refreshing sports drink after a hard bout against a virtual Mayweather, wearing the NFT cap you stole off his head in the pre-fight press conference shared over TikTok. 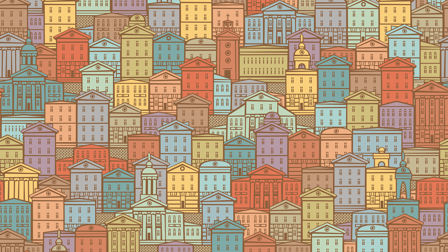