Comedy on a bell curve

Comedy director and laugh expert Jordan Brady, of Kaboom, delivers the Pro Tips for funny scripts and ad-libs, with all assumptions herein supported by rigorously imagined research, tested on the killing grounds of the editing rooms, and determined from super sciency screening sessions.

Commercial directors specializing in comedy are tasked with extolling the most humor from our agency script and talent while exploiting the shooting time afforded by the budget.

Alternate dialogue, ad-libs, and improvisation are the relatable tools every helmer reaches for, but is there a point where those techniques sabotage the script? After years of on-set experimentation, I’d like to humbly share what I feel is the bell curve of shooting comedy.

A recent analysis by The Stanford Satirical School Of Humor Studies concluded the ideal number of alternate lines of dialogue on a one-day comedy shoot is seven. Research shows that after seven, the team is just reaching for shit. My recommended best practice is to execute the script as planned but also schedule time to explore the scenario with ad-libs and alt lines. As someone who really likes to follow the research, I come to set with seven alt lines stashed secretly in my phone’s notes app, in order to feign spontaneity and appear to think the pre-written lines up “on the spot,” as they say in the biz.

Pro tip: Restrict your alternate lines to a medium shot of the best actor. This results in efficient shooting and allows the editor to focus on the core of the spot. Various versions of the spot can then be compared apples to apples.

Who doesn’t love a pithy ad-lib? But be forewarned: the hilarious quip that cracks us up on set may only be funny because it’s new and surprising. Most ad-lib lines fall flat in the editing room because they derail the message. Even worse, that gem of an ad-lib may not fit the tone of the original script. Avoid the ad-lib that only comments on the scripted joke. We call this “joking the joke”. These only make that 37-second director’s cut.

Honor thy copywriter. I’ve been on calls (now called Zooms, Teams, and  Meets) with creatives that enthusiastically proclaim, “We want to cast  improv actors and let them do their thing.” But as Shakespeare once said, “If it ain’t on the page, it ain’t on the stage.” Build from a base of funny to get to the super-funny. I’ve shot for decades with Matt Sicko  (CD/Copywriter) who writes scripts that are four-seconds short just so our talent, Second City Alumni, Pat Finn, can ad-lib.

Pro tip: Time your scripts with a stopwatch. Write them four seconds shorter than the allotted time. A 30-second script should clock in at 22 seconds if you want to have an ad-lib and that client logo.

Use your casting session to test the funniness of the script and test the improv chops of your talent. Some of the best alt lines and ad-libs come from callbacks. This is also a great time to creatively mind-meld with your agency partners.

Pro tip: If agency creatives are in the bathroom during a funny bit, take credit yourself once the actor has left the room.

And finally, back to the research: the Comedy Institute of Helsinki found a notably enhanced humor response (EHR) when characters treat their absurd situations as their reality. In fact, after probing experimentation with hundreds of comedy commercials (viewers were forced to continuously watch over 1,800 comedy spots) surveyors laughed harder as scenarios got more ludicrous, so long as the characters played it straight. This theory, while never formally tested until now, is well-known by our industry’s top creatives and directors.

Pro tip: Coach your actors to play the reality of the absurdity.

Another finding from C.I. at Helsinki’s rigorous research found bears are funny in commercials, and induce EHR in over 75% of ad-watchers. But casting real bears to act as a bears are 87% funnier than friendly, computer-generated bears. The more ferocious a bear is on-screen, the higher EHR recorded. Bears with hats are 42% less comical on the commercial comedy index (CCI) chart. The bell curve points to the more clothes on the bear, the less funny the commercial. A Stanford researcher, speaking on condition of anonymity, pointed out that the legendary Yogi Bear, who wears a collar and necktie but no shirt or pants was the lone exception to the rule.

Pro tip: There are always exceptions to the rules, naked bears included. 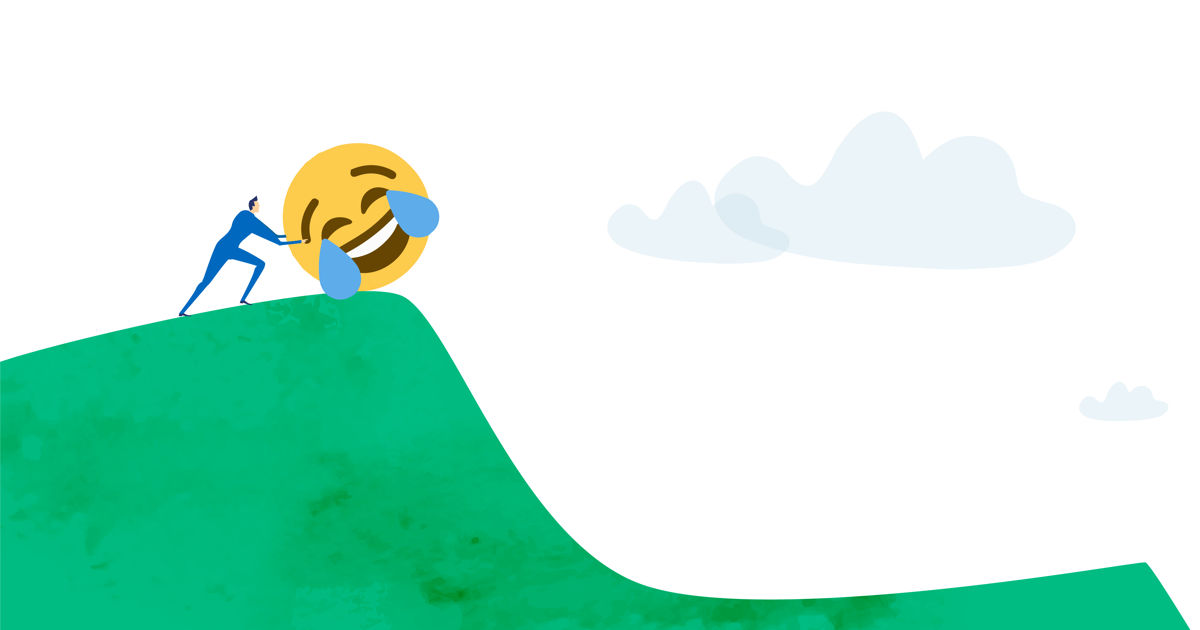